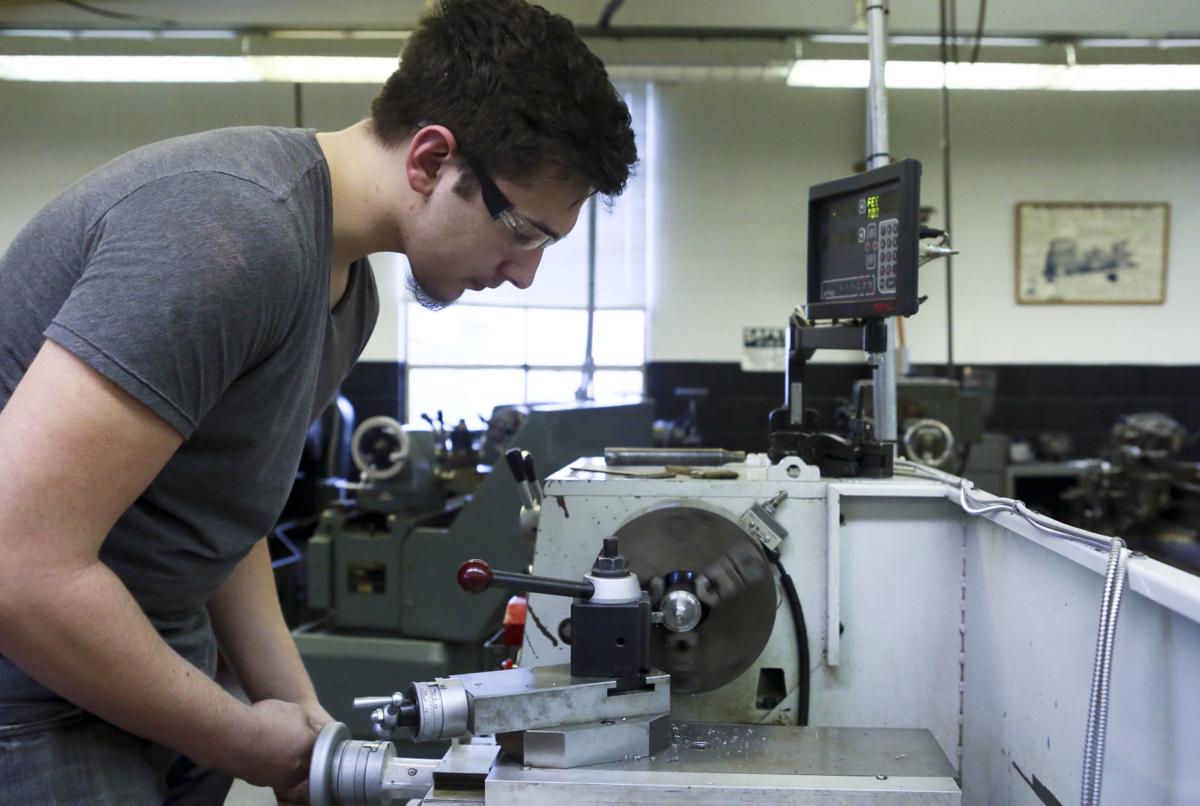 Radford High School senior Zach Leggett uses a lathe to manipulate metal in the school’s machine shop. It’s a skill he learned in school and uses during his part-time job for MOOG Components Group in Blacksburg. 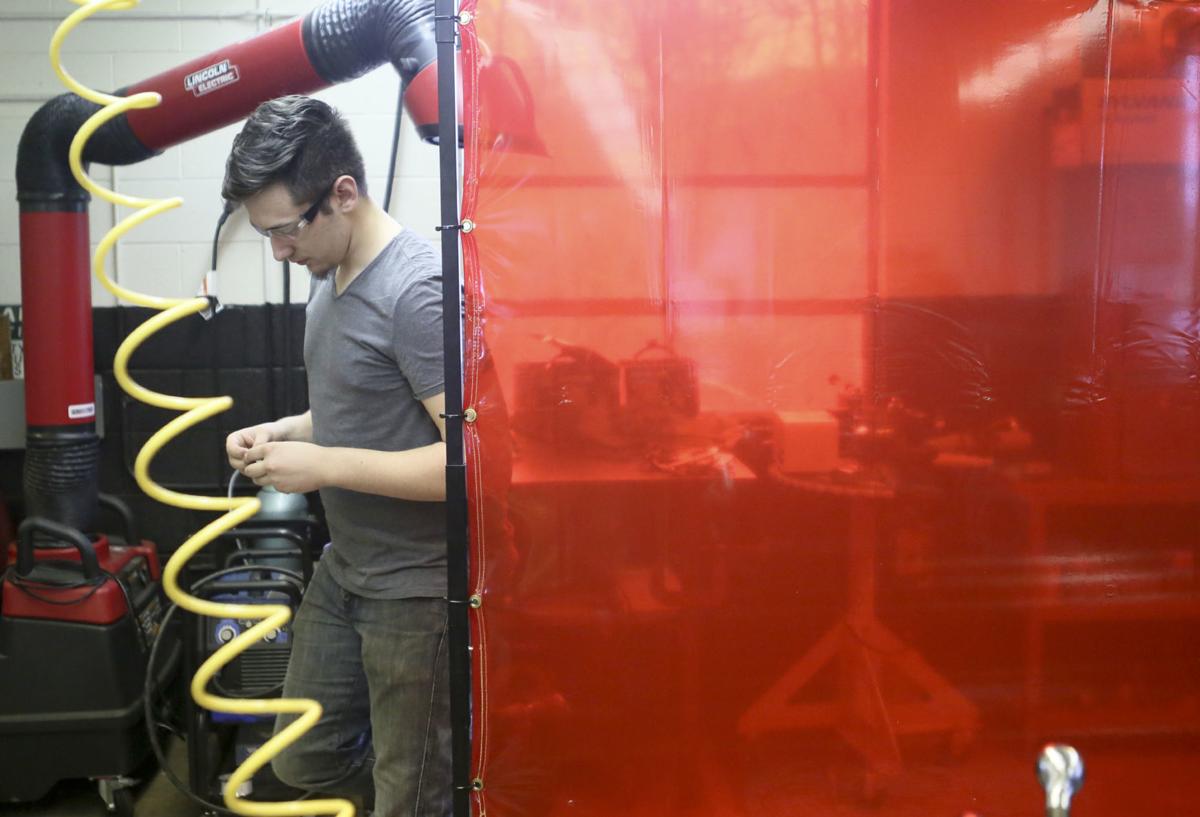 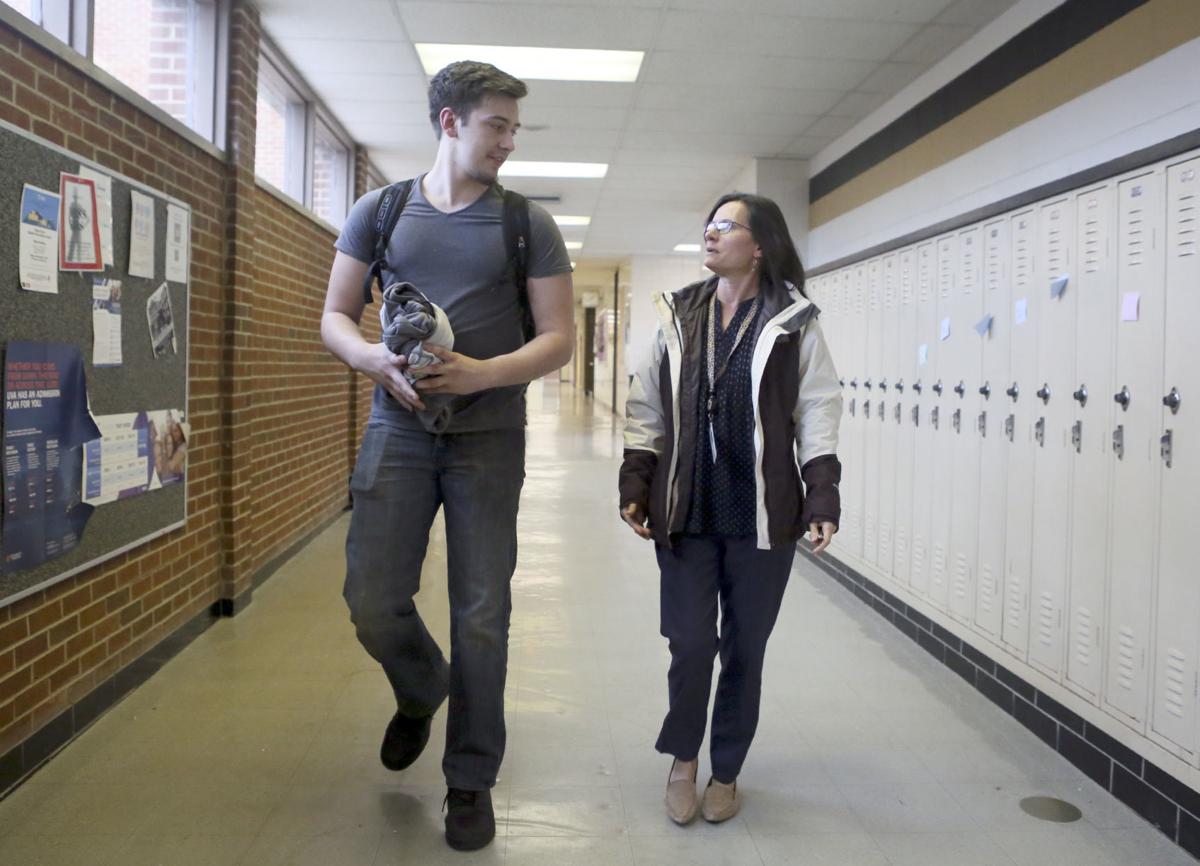 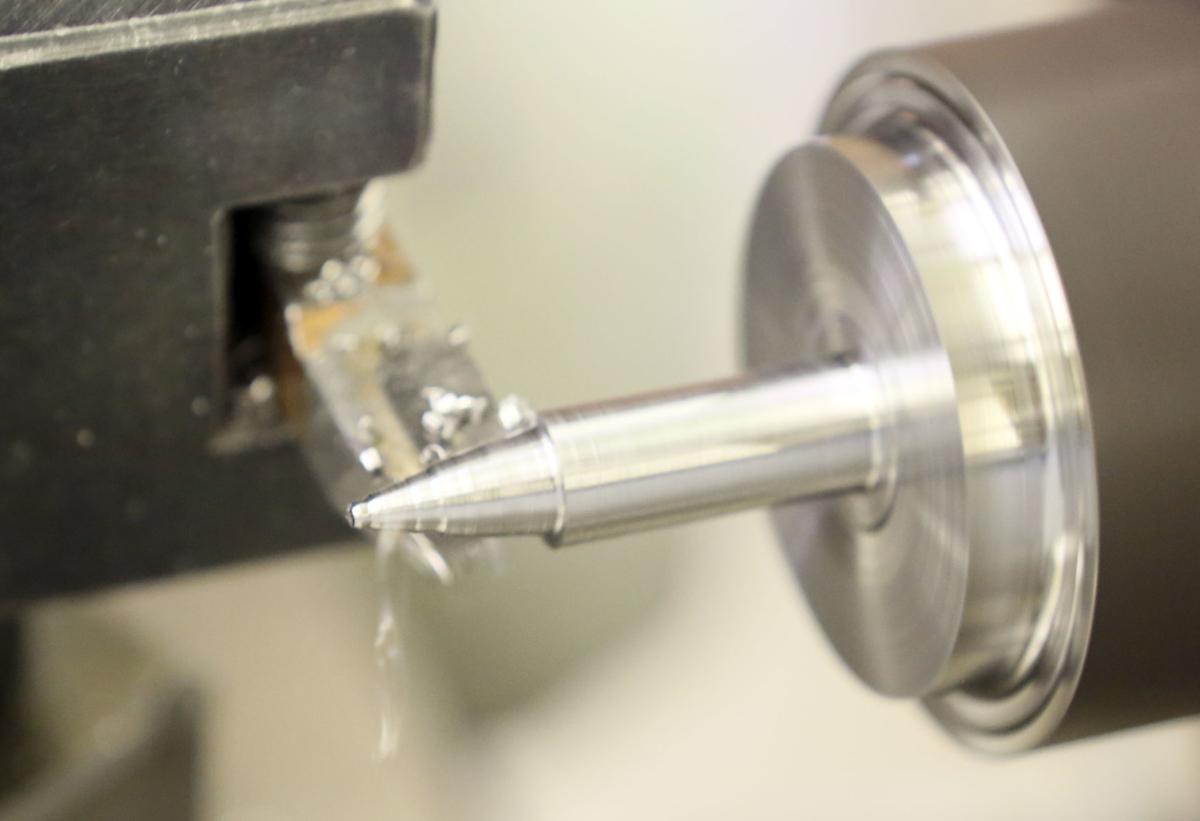 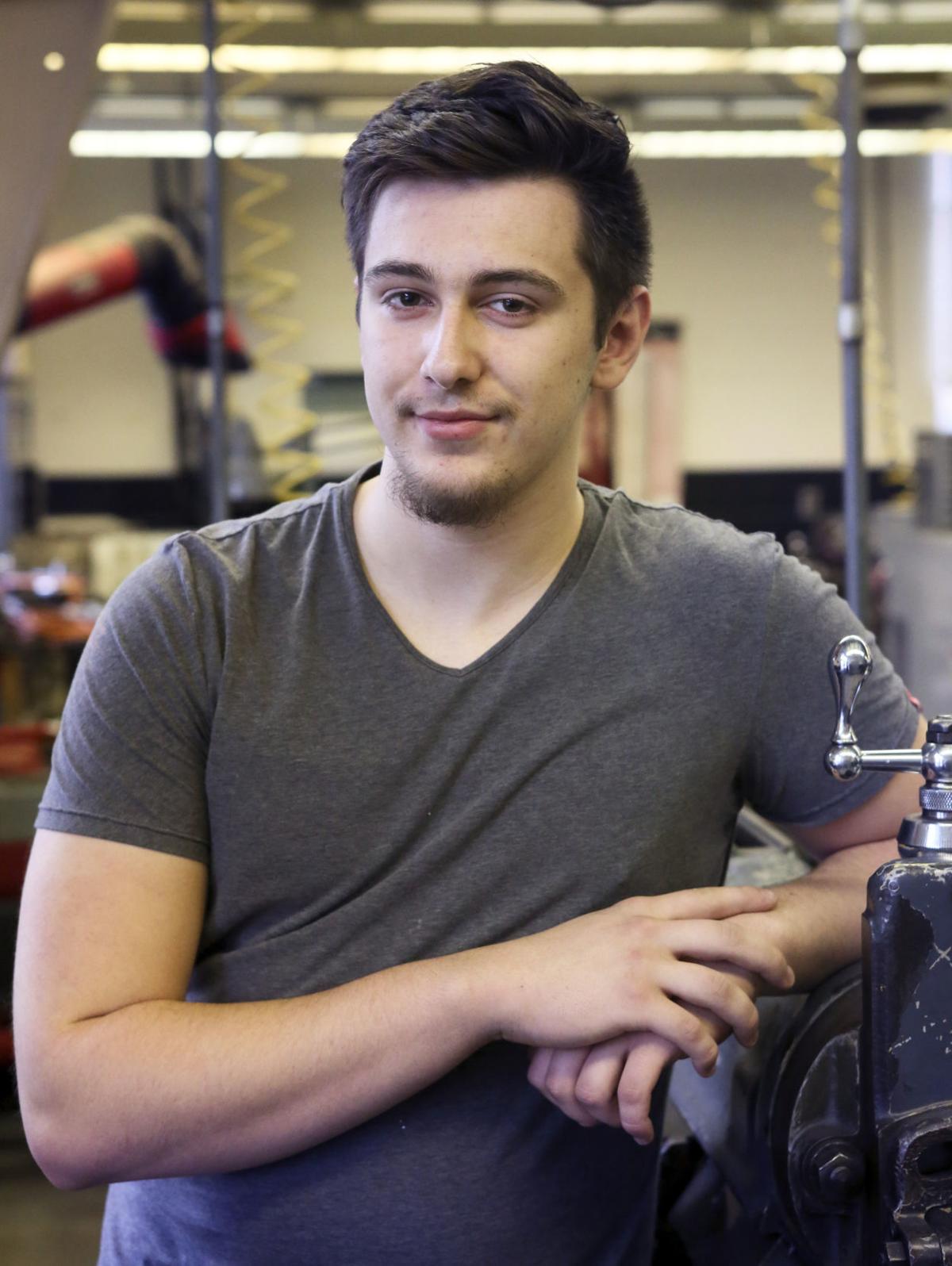 Zach Leggett is working part time as a machinist and earning course credit for the work. 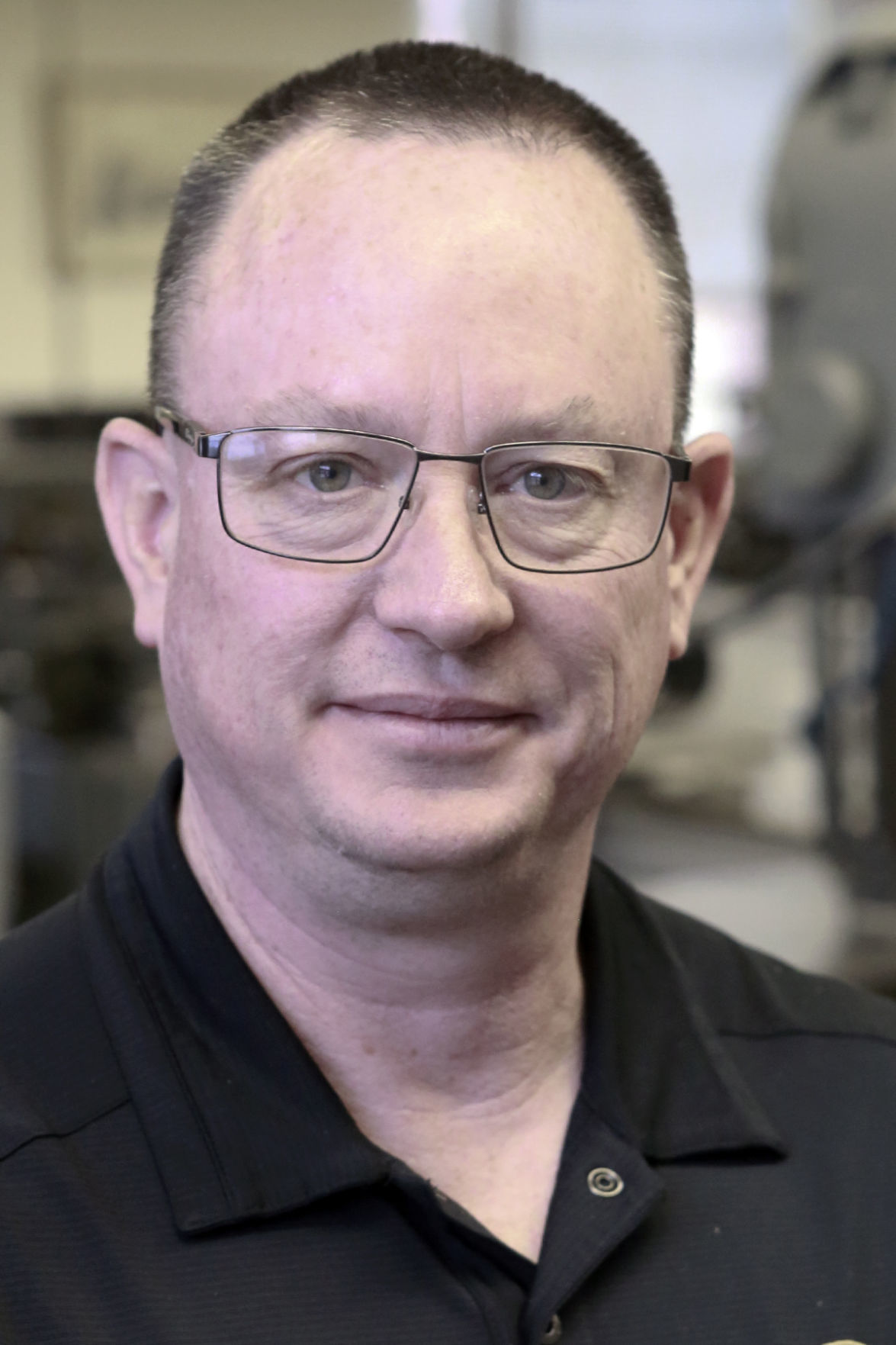 Radford High School senior Zach Leggett uses a lathe to manipulate metal in the school’s machine shop. It’s a skill he learned in school and uses during his part-time job for MOOG Components Group in Blacksburg.

Zach Leggett is working part time as a machinist and earning course credit for the work.

RADFORD — While many high school students are wondering what the future holds, Zach Leggett is busy forging his own path.

The Radford High School senior is the first student in the school system to participate in a state-approved apprenticeship program that allows upperclassmen to gain course credit while applying their learned skills in the workplace.

In Leggett’s case, that means going to school during the day and working part time as a machinist at MOOG Components Group in Blacksburg three afternoons a week.

He said he became interested in the skill after talking to his uncle, who is also a machinist.

“It sounded pretty interesting, so I gave it a chance,” he said.

Leggett, 17, said he immediately became enthralled with the craft as a junior while taking machining precision, a two-year course that’s lends itself to the paid-apprenticeship program.

“It’s an effort to build real world experience ... just getting students out into the workforce to build soft skills at an early age,” she said.

In addition to receiving on-the-job training making air defense and space program parts, Leggett is also receiving college credit at New River Community College that he’s putting toward a welding degree, which will be largely covered by MOOG.

He said he’s relieved to not have to worry about his future for the next few years as he will continue at MOOG after graduating from NRCC in a few years.

“It’s such a relief and a weight off my shoulders. It’s great,” he said.

Leggett’s shop teacher, Tim McPeake, previously worked at MOOG and helped him get the job as an apprentice.

McPeake, who has taught at the high school for seven years, said he went to work for the Blacksburg company out of high school as well.

He said his students learn how to use a variety of equipment in his class, and the industry is set up to allow young employees to start small and work their way up.

“There’s hardly anything in this room that hasn’t been touched by a machinist,” he said, pointing around his classroom. “It’s a career that has a lot of avenues.”

Little said she’d like to see as many students as possible participate in the program, because it’s not just for students in CTE programs.

“Anybody that can find a job with a connection to a class they are taking can participate,” she said.

Students who want to participate must be at least 16 years old, have a mentor at their job and maintain passing grades, among other requirements.

For a more in-depth review of the Department of Labor and Industry’s Youth Registered Apprenticeship Program, visit www.doli. virginia.gov.