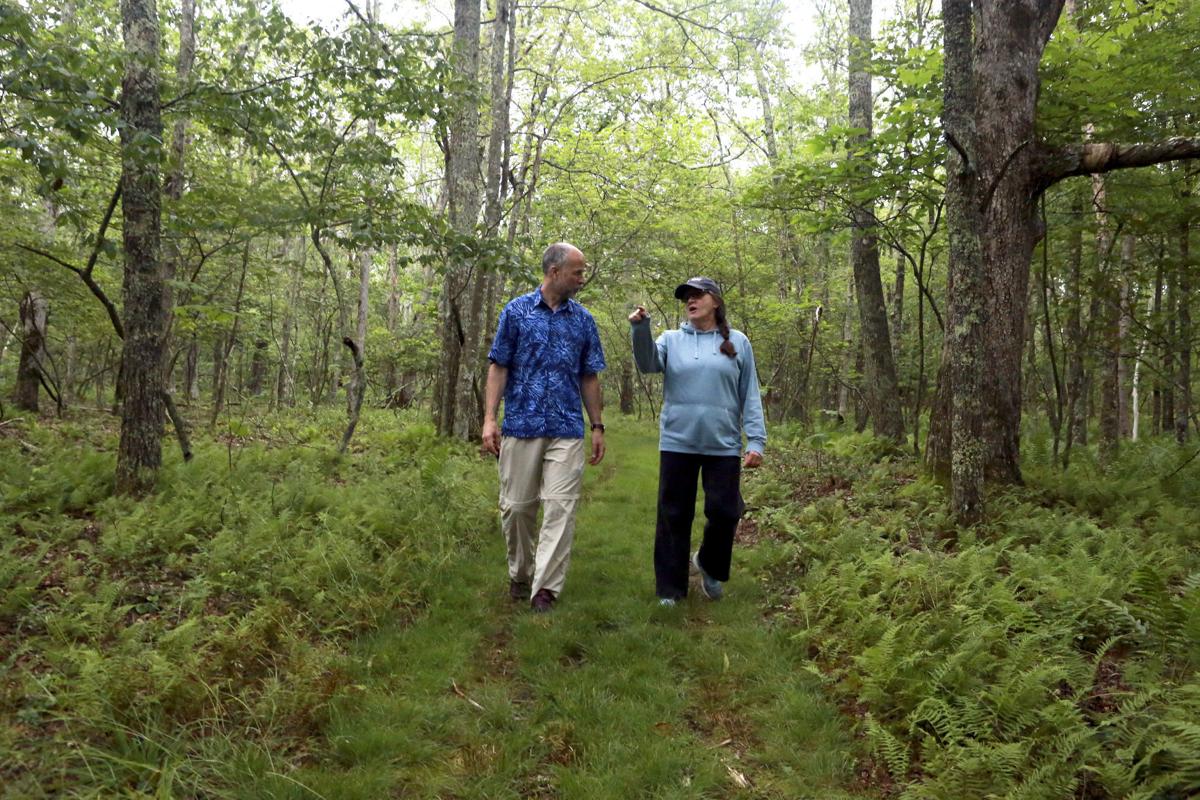 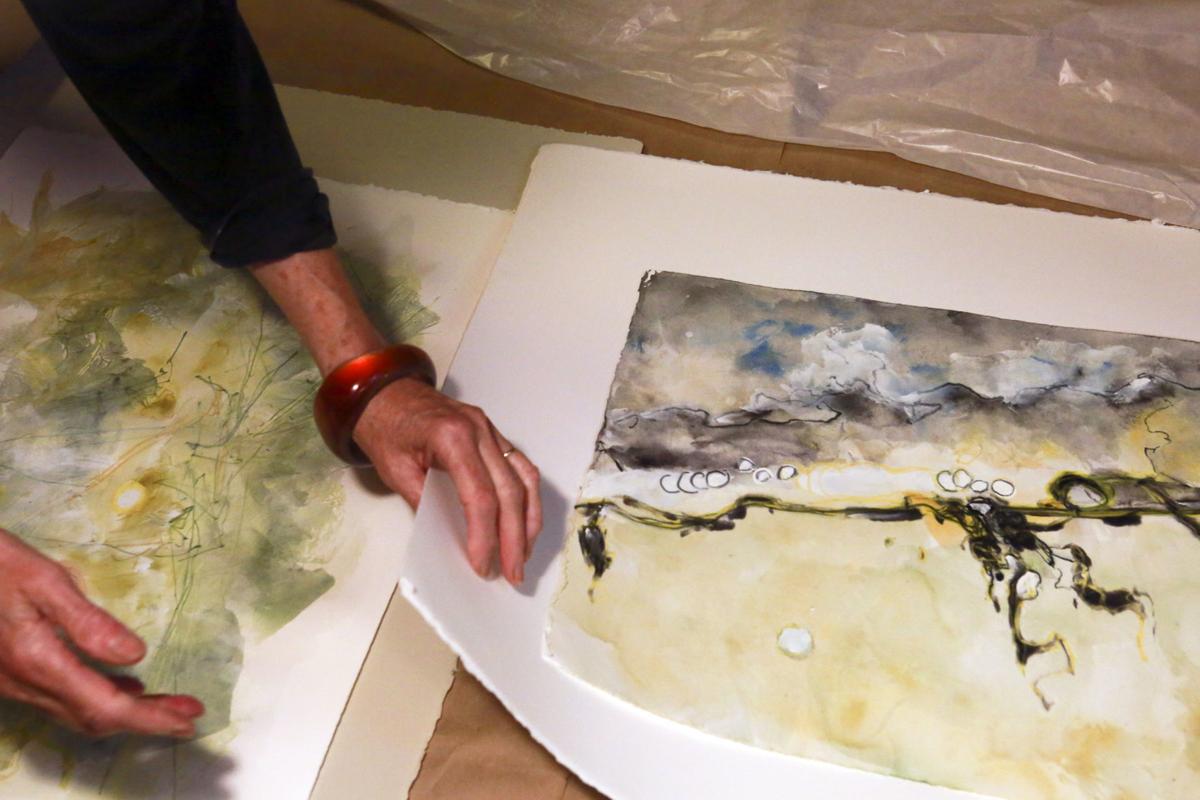 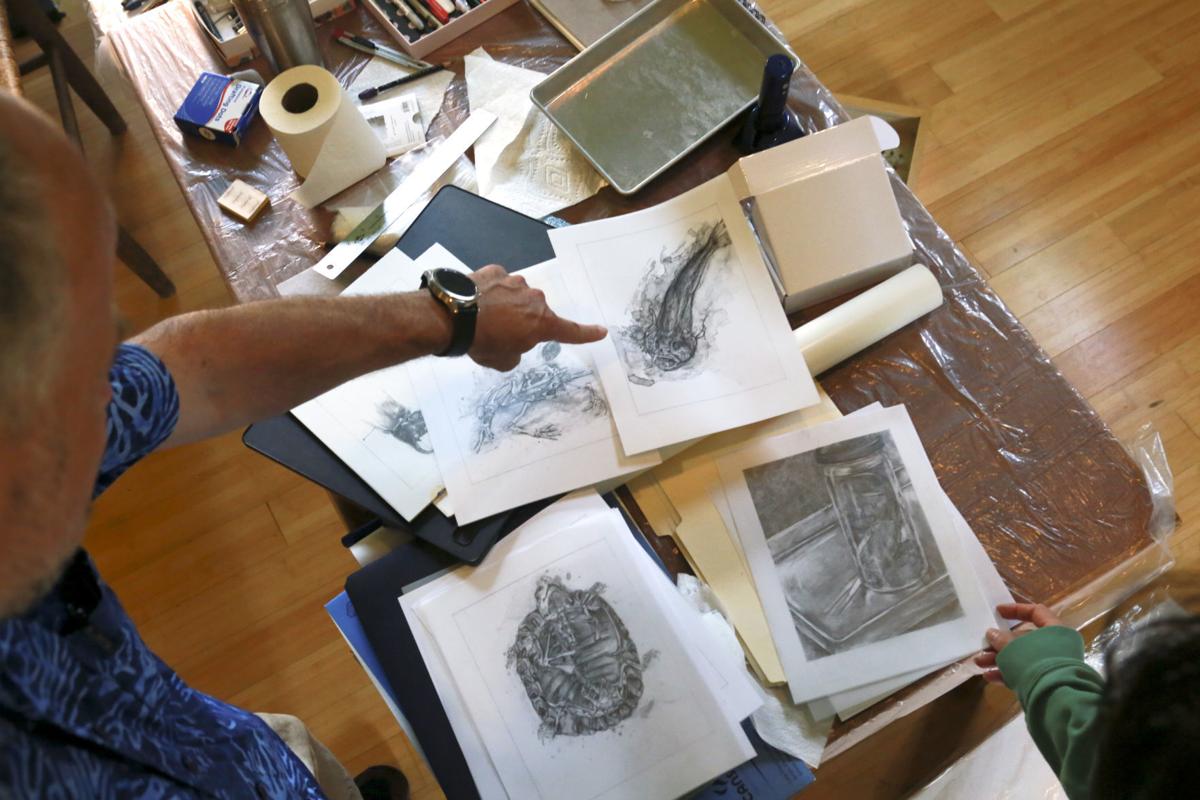 University of Virginia art professor and first-time participant Akemi Ohira is producing drawings from the station’s specimen collection, which she eventually plans to turn into lithographs.

PEMBROKE — Atop Salt Pond Mountain, there’s more maturing than the flora and fauna.

Among the natural landscape, a smattering of artists and scientists is working together to find the art in science — and vice versa.

The artists are a group of professional and student painters, illustrators, sculptors and others from across the country participating in a two-week program, ArtLab. Their only directive: to make art and be inspired by the scientists and setting.

The residency program brings both sides together to inspire new ways of thinking.

“When you get a group of creative people together there’s a certain synergy that begins to happen,” Marlatt said. “You can get a lot of work done with that synergy.”

And that creates natural collaborations, said Eric Nagy, a biology professor and associate director of the field station. He also helped organize the residency program and said the partnerships and relationships formed by researchers and artists might seem an odd combination — but, in fact, can work well.

“Art and science are about trying to understand the world through different lenses,” Nagy said.

This summer’s ArtLab is the seventh. The field station, constructed in the 1930s, is mostly used in the summer for classes and research, although it is staffed year round.

Marlatt said in the past, with Nagy’s help, she’d tried to simply do art classes over the summer at the station. But they thought more could be accomplished. So, with Nagy and station director and UVa botany professor Butch Brodie, the group decided to invite professionals to work with the students.

It’s been a brilliant stroke, the trio said.

There are no directives for the artists other than to do what they want, Nagy said.

The setting and seriousness of the artists lead to plenty of productivity. Each year the station — which is designed to mimic UVa’s Charlottesville grounds — gathers more pieces from the artists, he said. Some of the art is on display around the station, and there are even a few sculptures in the surrounding forest.

New York-based artist Margaret Cogswell said the setting has served as an inspiration. The New River as well as the ponds near the station have given her a new way of looking at water’s flow, Cogswell said.

During this residency, the artist — who won a Guggenheim Fellowship a decade ago — said she’s tried to get below the surface of water and examine the wildlife there. As she’s walked through a pond near the station, she’s dragged a GoPro camera along the silt floor and observed salamanders fluttering through the water. That will inform her work moving forward.

“It’s a beautiful place to be,” Cogswell said.

UVa art professor Akemi Ohira is a first-time participant. She said she didn’t know what she’d do. But when she came across the collections of aquatic life, the specimens — long-dead animals — grossed her out. She knew she had to draw them.

Eventually, she plans to turn them into lithographs. Like Ohira, Marlatt said she is fascinated by the collection of animal specimens, especially birds. She’s featured them in works over the years and is sketching them this week as well.

There’s so much to be drawn from the world around the station, fourth-year art student Eliza Sofinski of Richmond said. Like her art professors, she’s been drawing from the collections and photographing the natural beauty on film cameras.

Sofinski said the experience gives her a new perspective that will help her continue to evolve her art — the goal of the residency organizers.

“Everything is its own tiny world,” she said.

Watch Now: Are RoboCops coming to your police department?

Watch Now: Are RoboCops coming to your police department?

University of Virginia art professor and first-time participant Akemi Ohira is producing drawings from the station’s specimen collection, which she eventually plans to turn into lithographs. 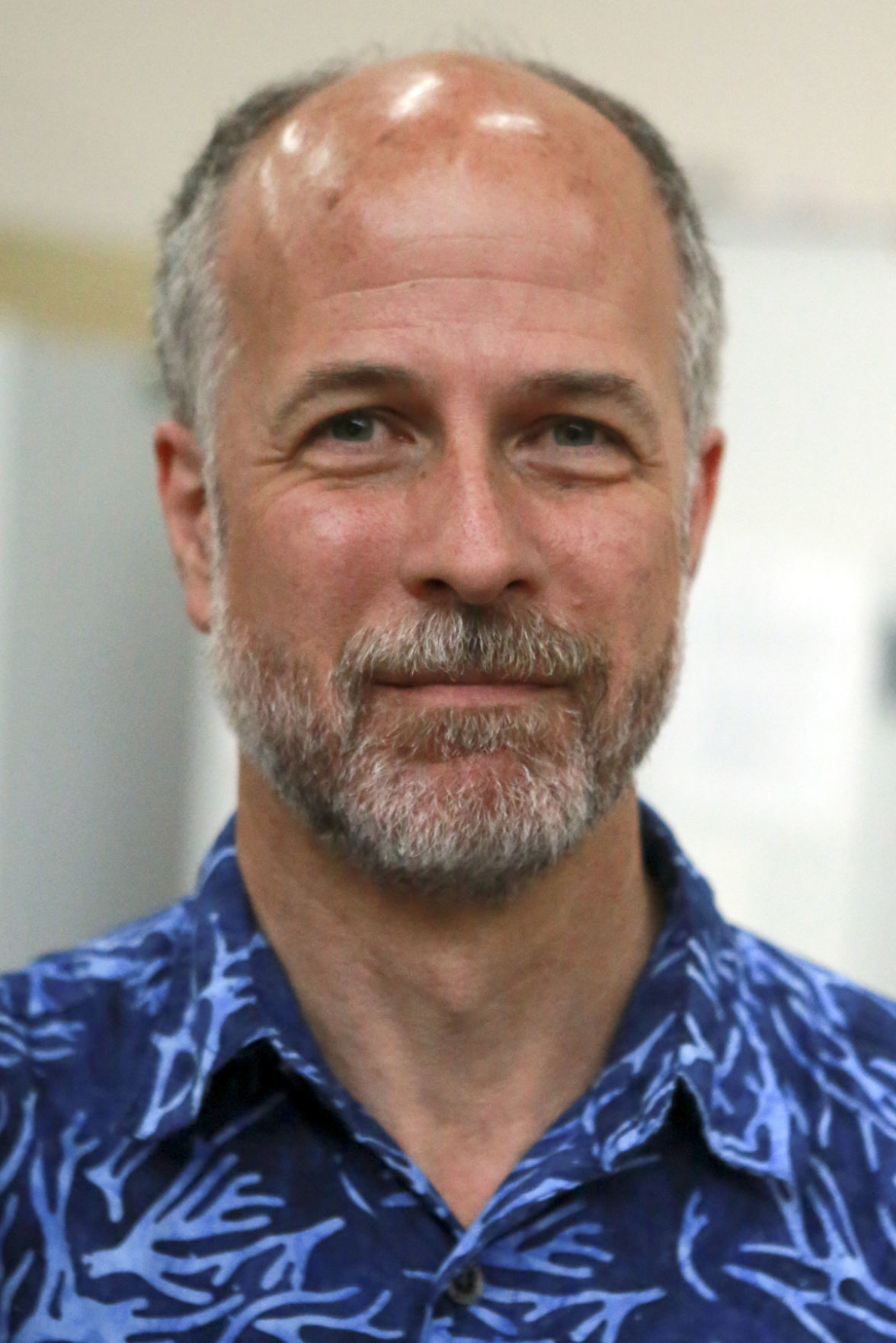 Eric Nagy is a UVa biology professor and associate director of the Mountain Lake Biological Station.