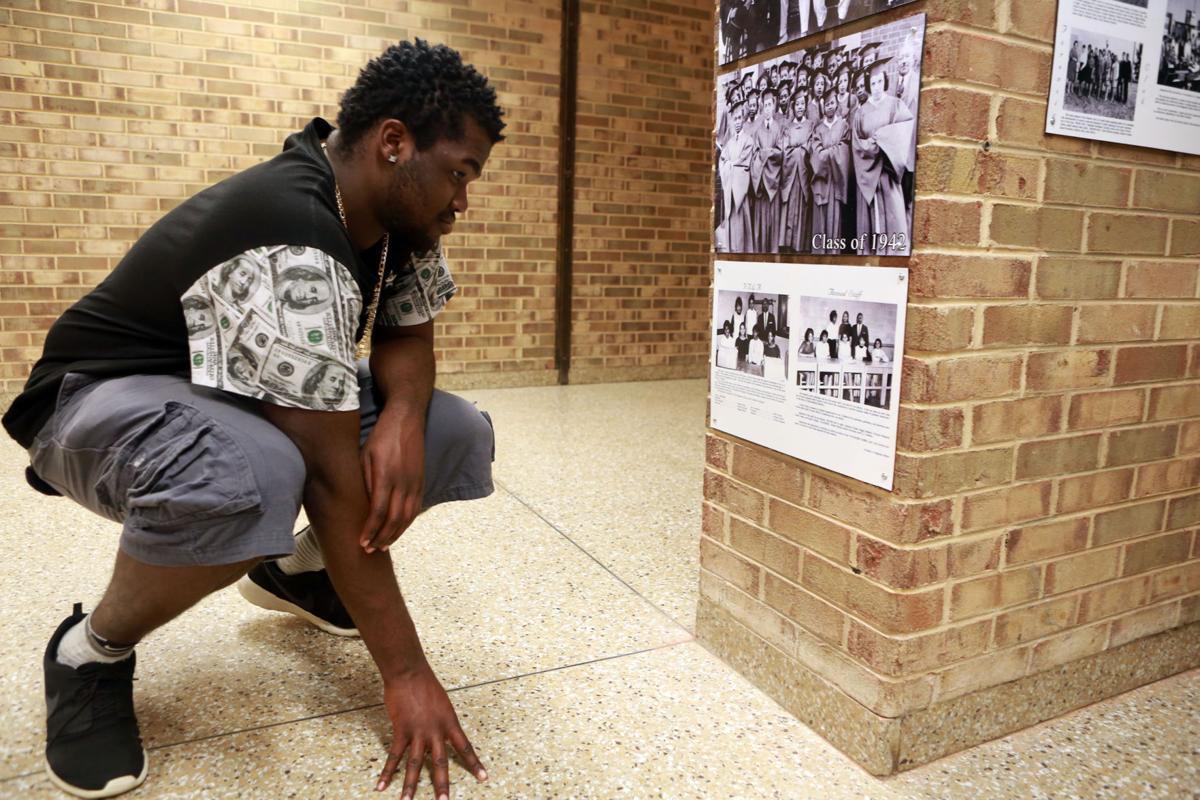 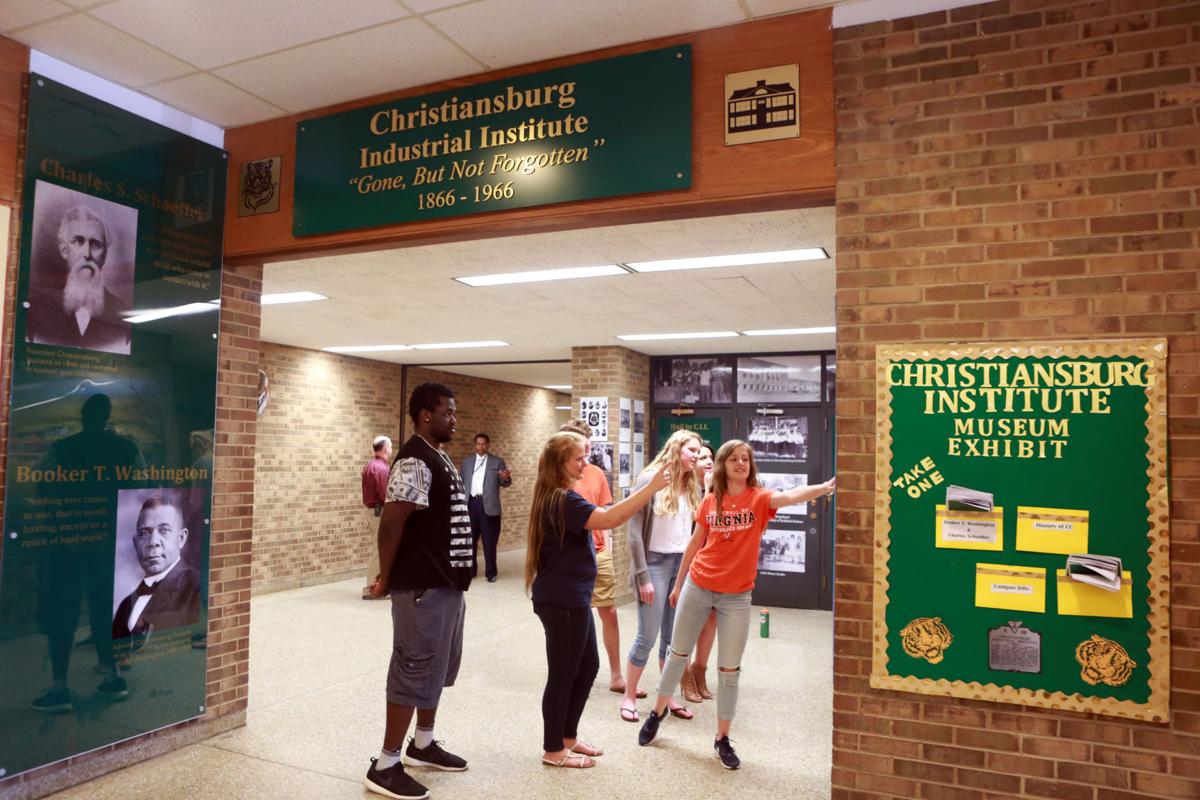 CHRISTIANSBURG — Abigail Duff joked that she saw a familiar face in the new, huge painting on the high school wall.

The painting, a large detailed landscape of the once sprawling campus of Christiansburg Industrial Institute, is one of several pieces of Christiansburg High School’s exhibit honoring the African-American school that operated just a few hundred yards away from 1866 to 1966.

And Duff’s teacher is the man in the painting, William Calloway, a 1965 graduate of Christiansburg Institute and instructor of the Service Learning course tasked with creating his alma mater’s first physical representation in the high school.

Along with the painting, information about the school’s founder Charles S. Schaeffer and school Superintendent Booker T. Washington are part of the exhibit, as well as dozens of photos from the campus and a handful of senior class portraits, including Calloway’s 1965 class.

Plans for shelving containing even more artifacts from the school are also in the works, Calloway said.

Though Calloway and his students have been the force behind the exhibit, it was the idea of Montgomery County Public Schools Superintendent Mark Miear.

Miear said he learned about Christiansburg Institute from a variety of community members and felt it was appropriate to honor the former school at the current high school.

“It wasn’t always Christiansburg High School as it is today. There was segregation at one point and letting folks know there was another school in Christiansburg called Christinsburg Institute that’s very important to this area,” Miear said.

“It’s a part of our school history in Montgomery County and I think that we have a duty to honor that history in this county,” he said.

Miear said the aim is to hold a grand opening for the exhibit next fall.

Calloway, a Christiansburg native who has taught full- and part-time in Montgomery County for more than 40 years, said he hopes the exhibit opens the public’s eyes to the school from which he graduated.

Christiansburg Institute Alumni Association Secretary Jesse Sherman Eaves said she hopes the exhibit not only lets people know of the school’s existence, but also its quality.

“It was a great high school and a lot of people in the area don’t realize we were one of the first accredited high schools...When we graduated we had the equivalent of what would now be a junior college education,” Eaves said.

Duff said the creation of the exhibit alone had enlightened her to the importance of the former school.

“I knew it existed, but I didn’t know much about the impact it had on the community,” Duff said.

Students Quinton Clayborne and Rachel Brown, both of whom are related to Christiansburg Institute alumni, said they’d learned just how important having a lasting exhibit about the school would be for its former students.

“It was tough for all these people...but it means a lot to the alumni because its history and this will be here for a long time,” Clayborne said. 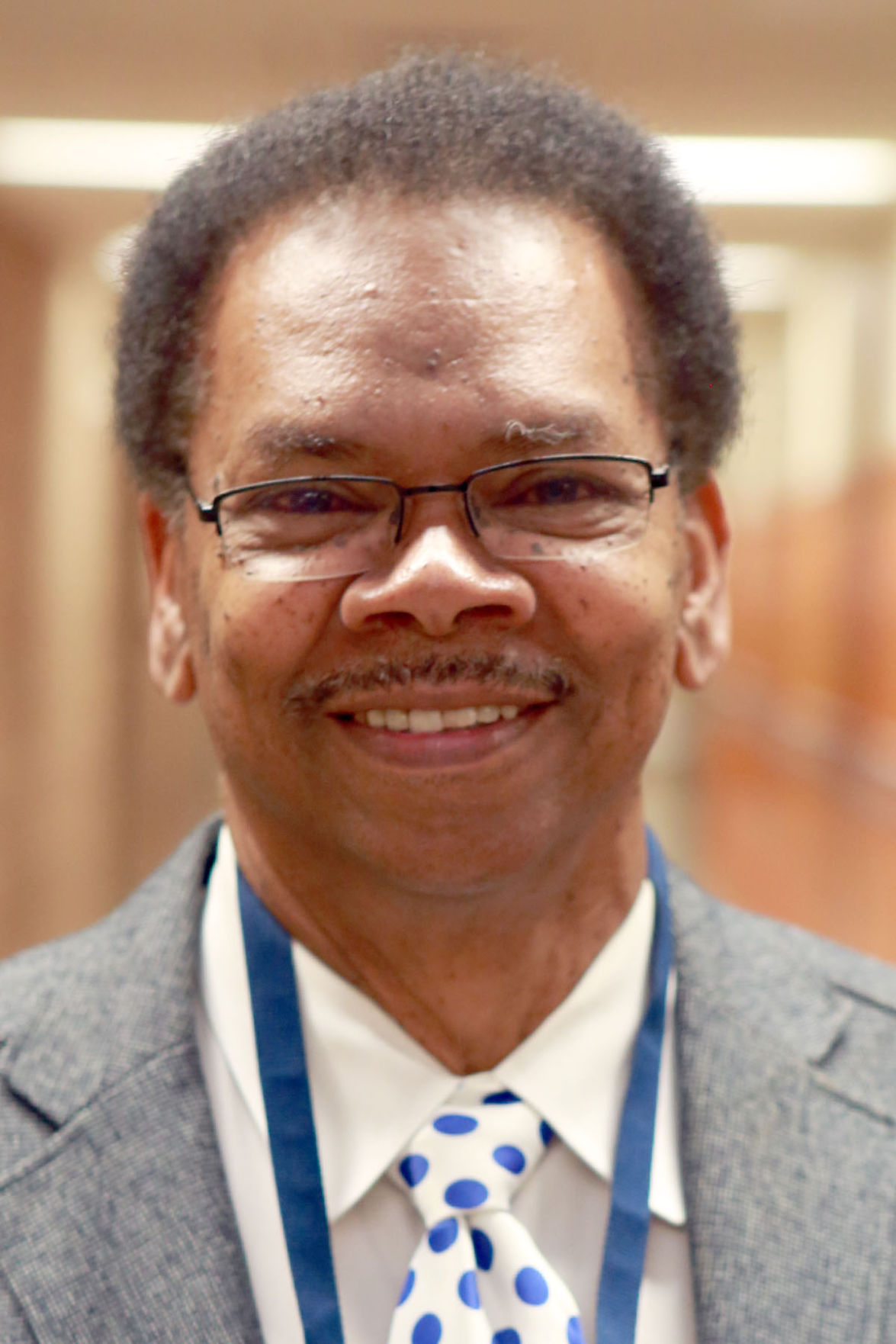 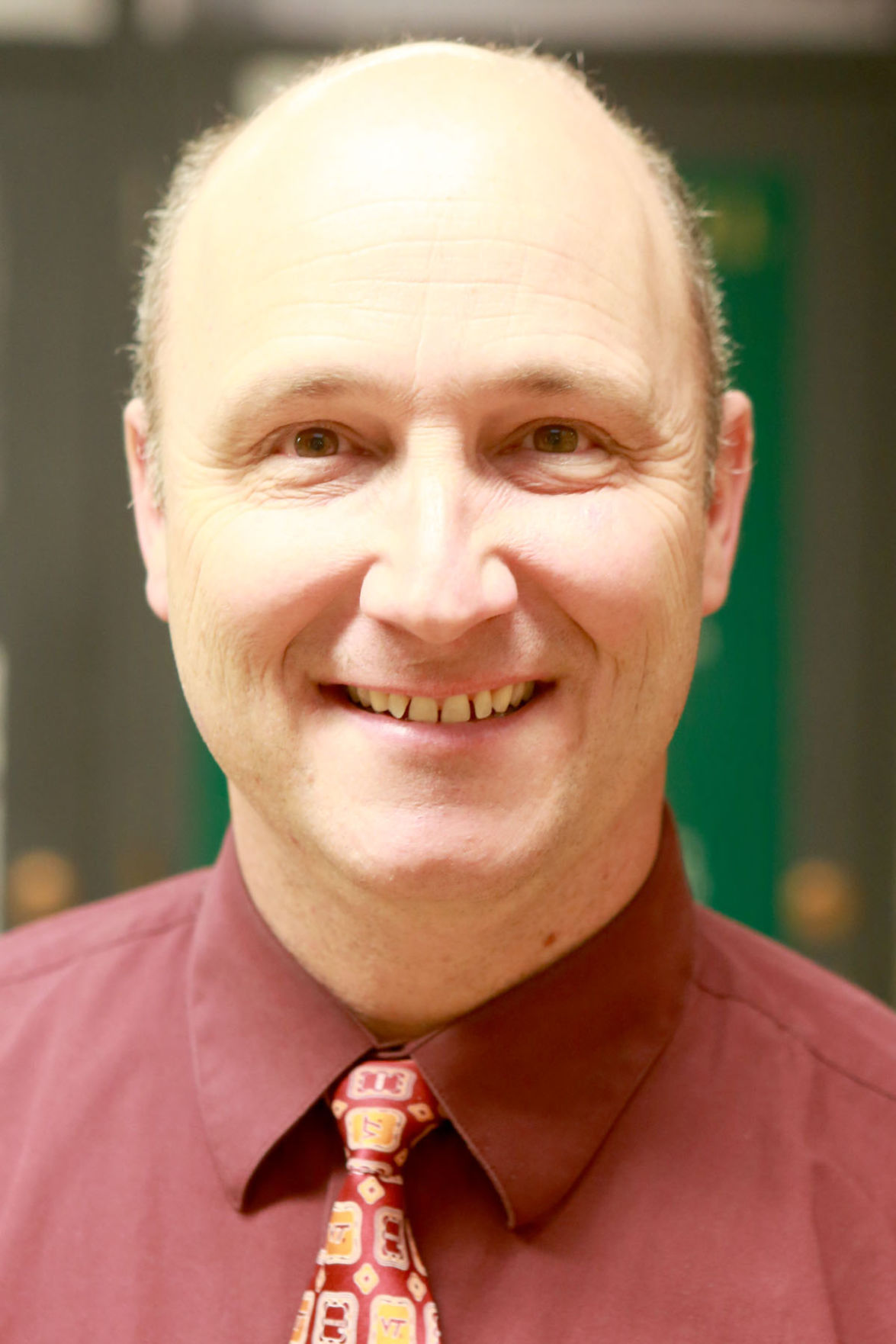