Been wondering what that netted structure is on 460? It's Virginia Tech's drone park
0 comments
Share this
{{featured_button_text}}
1 of 2 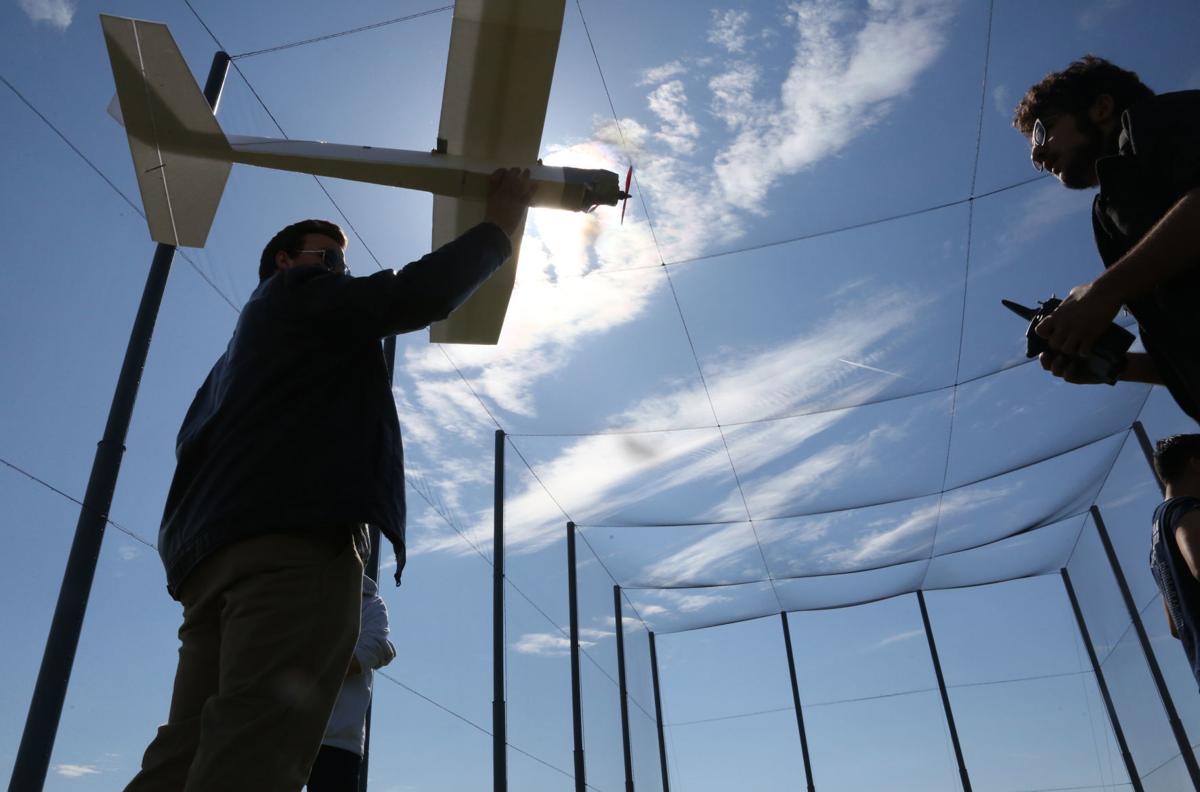 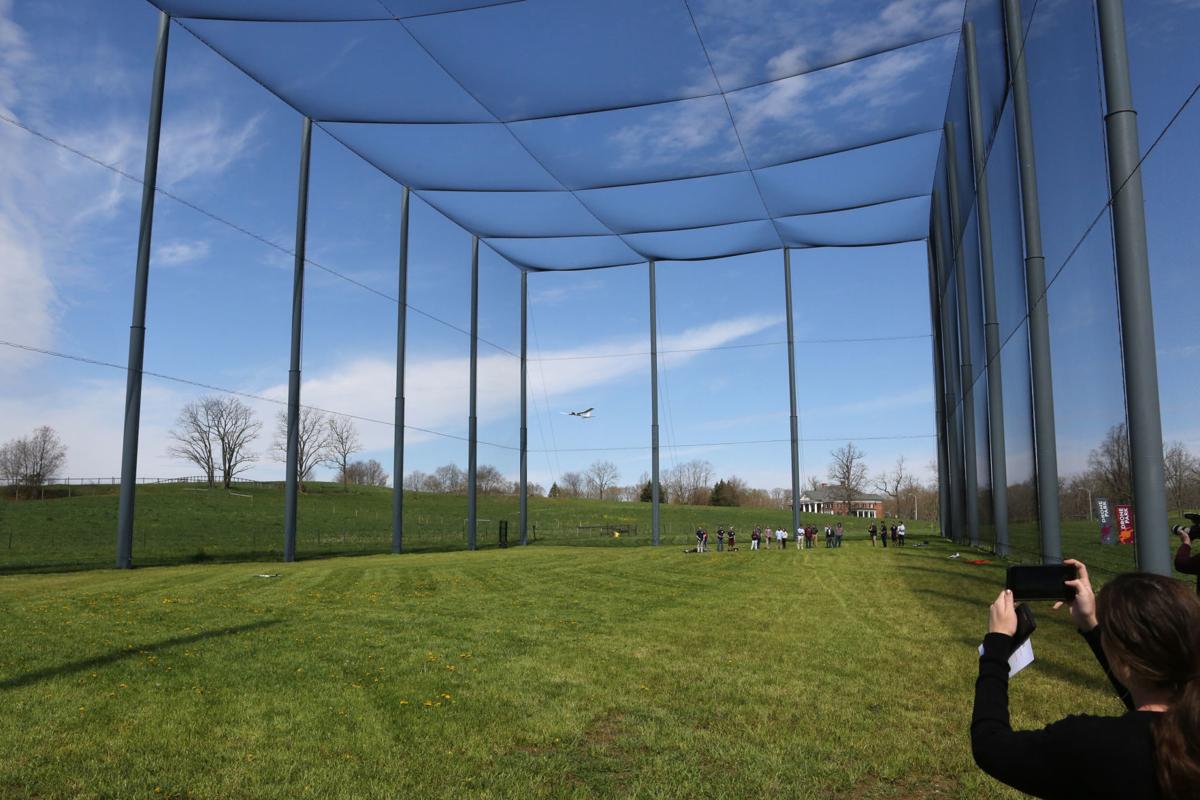 The drone park is 85 feet tall and about the size of a football field.

BLACKSBURG — Since last fall, Virginia Tech administrators got questions about a mysterious netted facility visible from U.S. Route 460 all the time.

Is it a golf driving range? A bird cage?

He further explains the netted facility is a drone park, a place where Tech researchers are cutting red tape to experiment with drones and other autonomous systems. Thursday marked the park’s official opening, though it’s been formally used for a few weeks. Tech officials said over that time, about 800 students have used it for experimental flights.

The drone park is 85 feet tall and about the size of a football field. Tech boasts it’s the tallest netted facility of its kind and has almost 3 million cubic feet of room to fly around. It cost about $1 million to build.

“Any student or faculty member with a good idea or a bad idea can just come in here and try it out,” Calvert said. The only red tape is a calendar that people need to sign up on before using the park.

The pair programmed an autonomous drone to fly across the cage and land on a small autonomous land vehicle that drove underneath it. The drone almost stuck the landing, but teetered off the vehicle in the last second.

The small glitch didn’t phase Yu. After all, the drone park is a place to work to perfect slight problems.

“We’ve done 100-plus experiments on this system,” he said. “Seventy-five percent have been failures. Those 25 percent are what you’re working for.”

Working in the park is also easier than working at Kentland Farms, where most drone experiments have happened in the past. The university-owned farm in McCoy is about a half hour from campus, making it challenging to repair damaged drones and make other tweaks on experimental flights, Yu said.

The drone park was launched as localities across the country are vying to be part of the competitive UAS Integration Pilot Program, announced by President Donald Trump in November.

A group of localities will be handpicked by federal regulators. They’ll partner with drone industry giants like Google or Amazon to test applications that — so far — have not been allowed in the U.S., like drone package delivery and long-distance flights.

Virginia Tech already has a relationship with the FAA and in 2013 was named one of six federally certified drone test sites. University researchers have also famously partnered with Google’s Project Wing to offer drone-delivered burritos in Blacksburg.

Selection into the UAS Integration Pilot Program would put the region on the cutting edge of the technology, but it’s unclear if Blacksburg is being considered for the special designation.

Applications will not be public until winners are announced next month.

Representatives from Virginia Tech have declined to comment on whether or not the university contributed to an application for the test program.

Sands said he thinks of the park as a place that’s a physical manifestation of the university’s commitment to studying unmanned systems — which has been long-lasting and is well documented from its Mid-Atlantic Aviation Partnership. That organization is one of six FAA-designated test sites for unmanned systems.

“It’s really about showing our partners we want to be a global destination for talent,” Sands said. “If they want to do this kind of work they need to be at Virginia Tech.”

Virginia Tech has opened a netted drone park, a place where university researchers are cutting red tape to experiment with drones and other au…

The drone park is 85 feet tall and about the size of a football field.