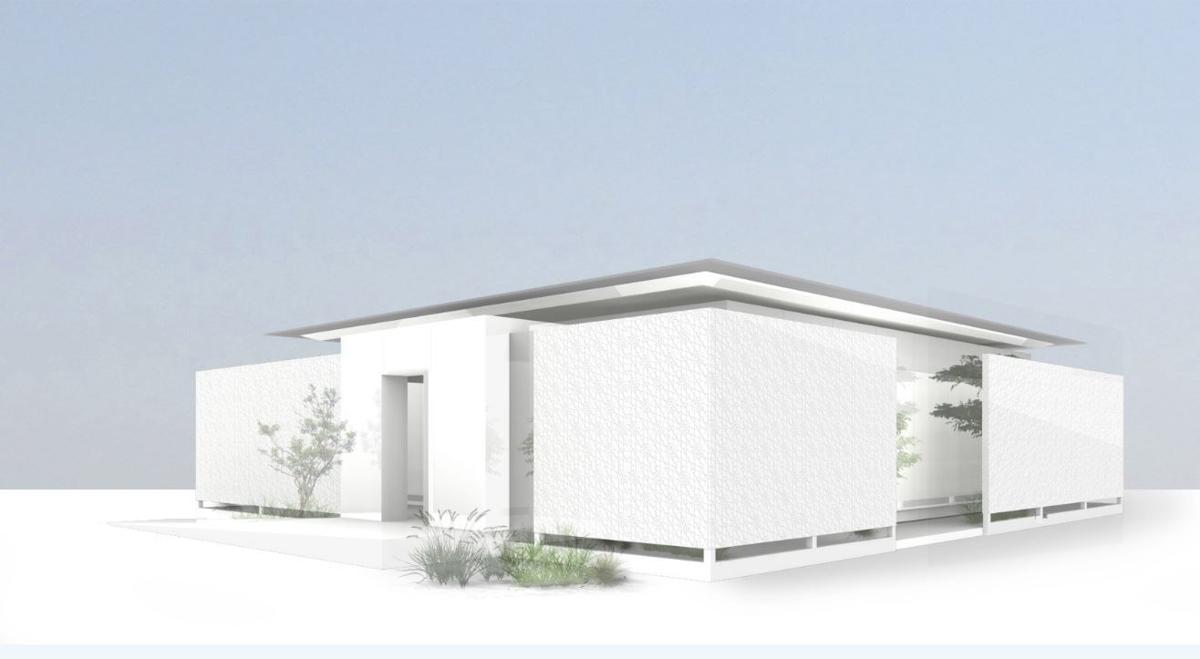 Virginia Tech’s team designed FutureHAUS Dubai to stay cool with as little energy as possible, even in desert conditions. 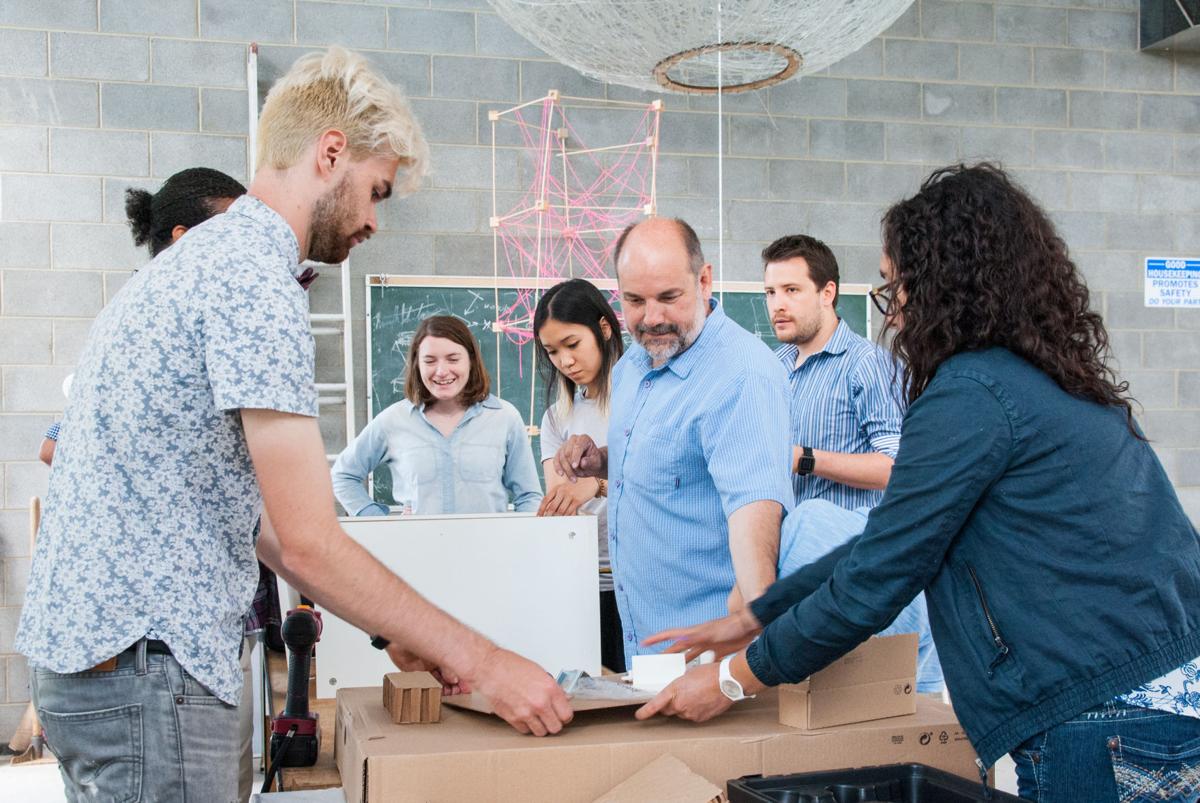 Virginia Tech researcher Joe Wheeler (center) and his team work on a model of FutureHAUS Dubai. 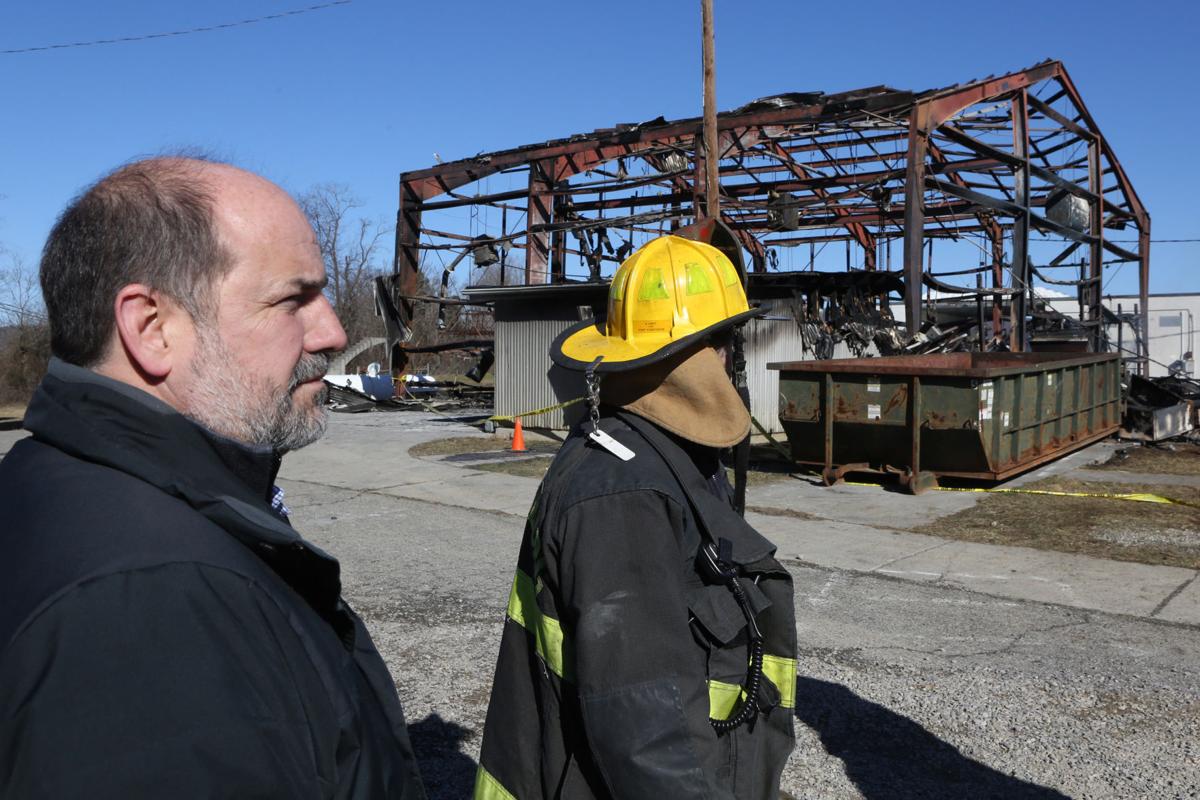 Researchers at Virginia Tech are building another prototype for the next generation of homes after the first so-called FutureHAUS was destroyed in a fire earlier this year.

The original had movable walls, countertops that charged smartphones and a closet that helped pick outfits. The university spent three years building the home, only to watch it burn inside the campus warehouse where it was being stored about a month after the finished product was displayed for the first time.

Blacksburg Fire department investigators determined the fire was sparked by an electrical malfunction in the FutureHAUS living room. Joe Wheeler, the researcher in charge of the project, says he’s not convinced the experimental house was to blame.

Wheeler said that he and the university are still committed to the manufacturing concept behind FutureHAUS, and there was “no question” it would continue.

Instead of a house built on site, Wheeler’s prototypes consist of a series of cartridges that can be built in a factory with electrical wiring, plumbing and some pieces of attached furniture built in from the beginning. Homeowners simply pick which cartridges they want and piece them together in about one day — rather than months of construction.

Wheeler has said this kind of manufacturing allows technology to be seamlessly integrated into the house’s design, instead of added later as an afterthought.

About 12 cartridge prototypes burned during the February fire, but the ideas will be carried over to the new project, known as FutureHAUS Dubai.

“We were so proud of it and we felt really finished with it — then to lose it,” Laurie Booth, one of the Tech students on the project, said. “It was so heartbreaking.”

The team of 25 students and researchers are finalizing designs of the new house now. They plan to wrap up construction in November 2018 in order to enter the Solar Decathlon Middle East, an event created by the Dubai Electricity and Water Authority and the U.S. Department of Energy.

Virginia Tech won a similar competition in Madrid in 2010.

Some 22 teams from across the world will erect their designs in the desert about 40 minutes outside of Dubai. They’ll be required to simulate normal life there, with loads of laundry, dinner parties, electric car charging and mandatory lights use.

After 10 days, each of the homes will be scored on design elements. But the primary goal of the competition is to become energy positive, meaning the houses generate more power than they use.

At Tech, the student-led project is a collaboration by the College of Architecture, College of Engineering, College of Science and Pamplin College of Business.

Wheeler said he hopes the new FutureHAUS will accomplish that with a series of solar panels. If the desert sand becomes an issue, he thinks the team may program a robot or drone to fly over the home periodically to blow dust away.

Booth said she expects temperatures to vary between 90 and 100 degrees during the competition, so the team is working on walls and ceiling overhangs to help shade the building.

The design includes some familiar features from the first edition, including a movable wall separating the bedroom and home office. At night, Wheeler said, a homeowner would slide the wall to expand the bedroom. During work hours, the bedroom would shrink and the office would grow.

The new FutureHAUS will also feature sensors to detect which rooms are occupied throughout the day. Vents in empty rooms, such as the kitchen during night, will automatically close so the air conditioning system doesn’t waste energy.

The bathroom sink is going to be 3D printed, so the entire assembly — countertop, basin, plumbing, water fixtures, temperature control valves — ships as one continuous piece. Wheeler says that will allow for more effective design with technology baked in.

Instead of a normal backsplash in the kitchen, the house will have television screens. On the roof, the team is playing around with the idea of a mailbox for drone deliveries.

“You got to think future, right?” Wheeler said.

He said he expects the final budget for the project to come out to around $1 million.

Tech’s mission is different from some of the other competing teams, since it’s not just trying to build an energy efficient home — but also a futuristic one. Booth said that’s going to make it more difficult, but the team likes the extra challenge.

“We’re definitely challenging ourselves to push those limits. I think it will be possible.”

BLACKSBURG — A massive crane lowered sections of paneling from the sky as individually designed cartridges snapped into place. Working through…

The new version of Virginia Tech’s FutureHAUS building concept won another international competition Wednesday, as a group of students built a…

Virginia Tech’s team designed FutureHAUS Dubai to stay cool with as little energy as possible, even in desert conditions.

Virginia Tech researcher Joe Wheeler (center) and his team work on a model of FutureHAUS Dubai.