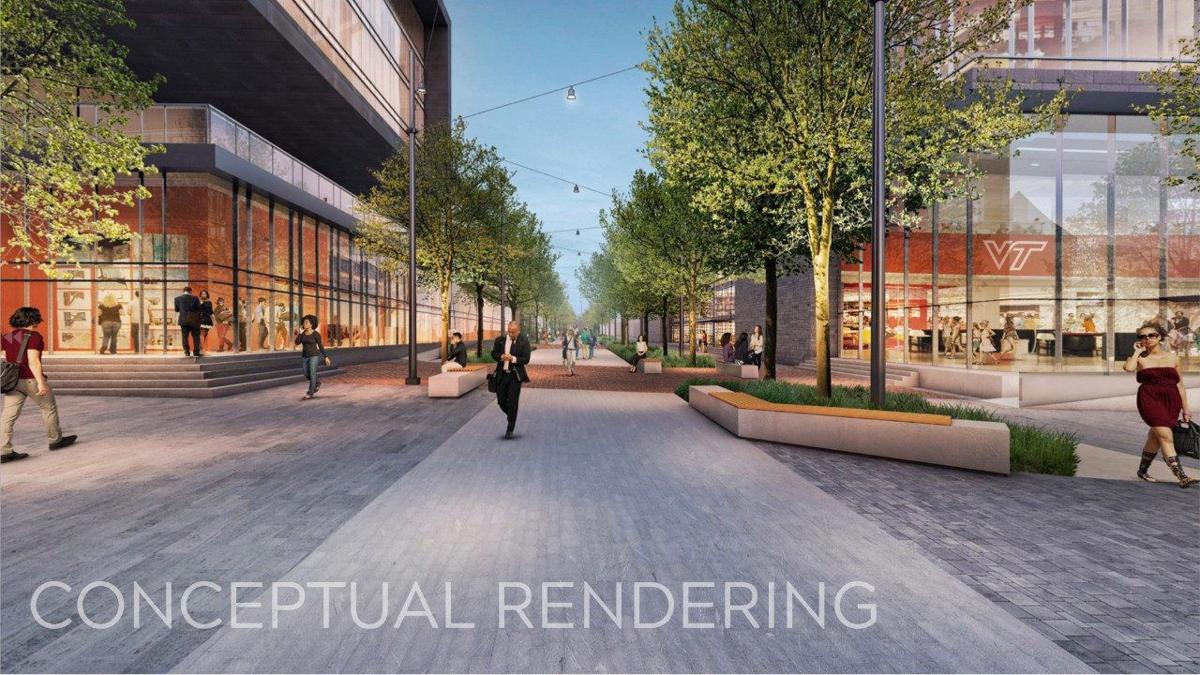 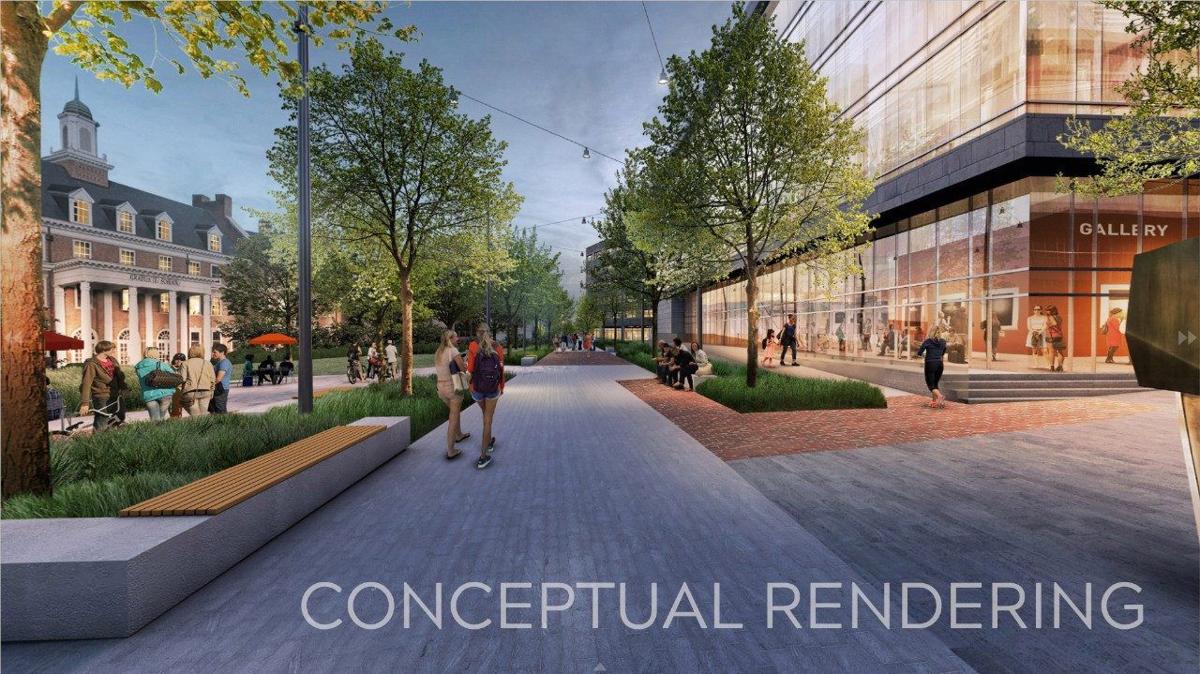 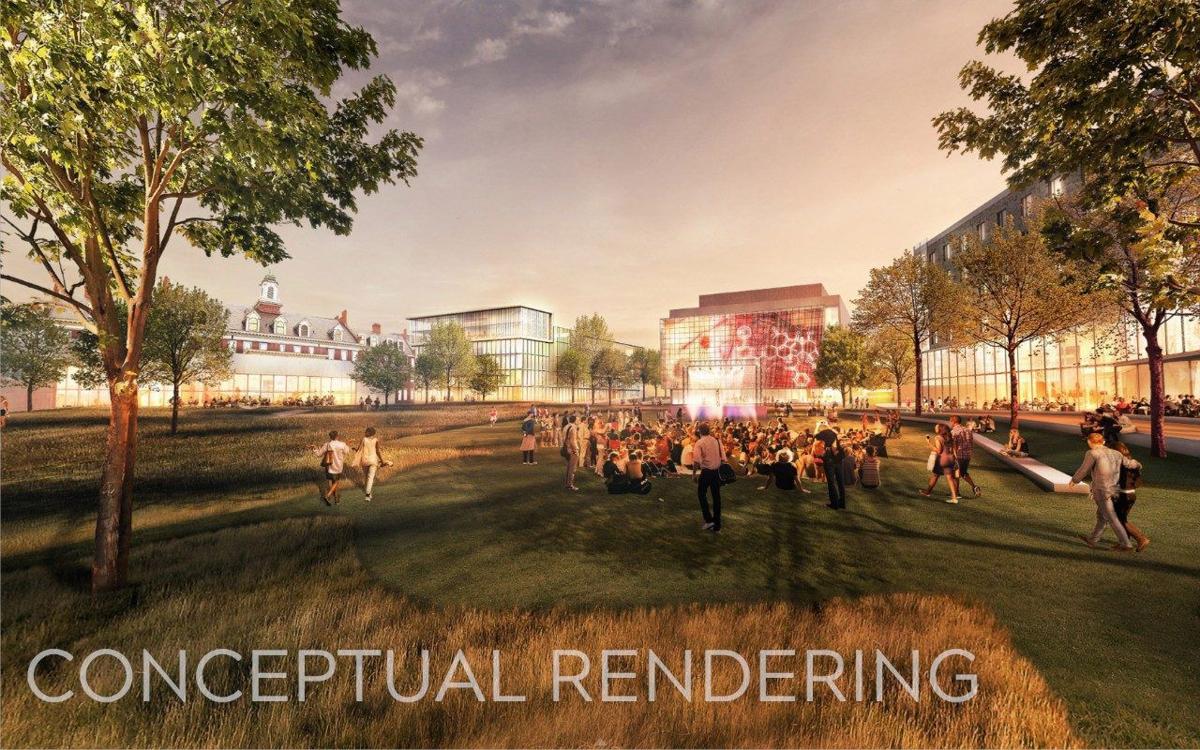 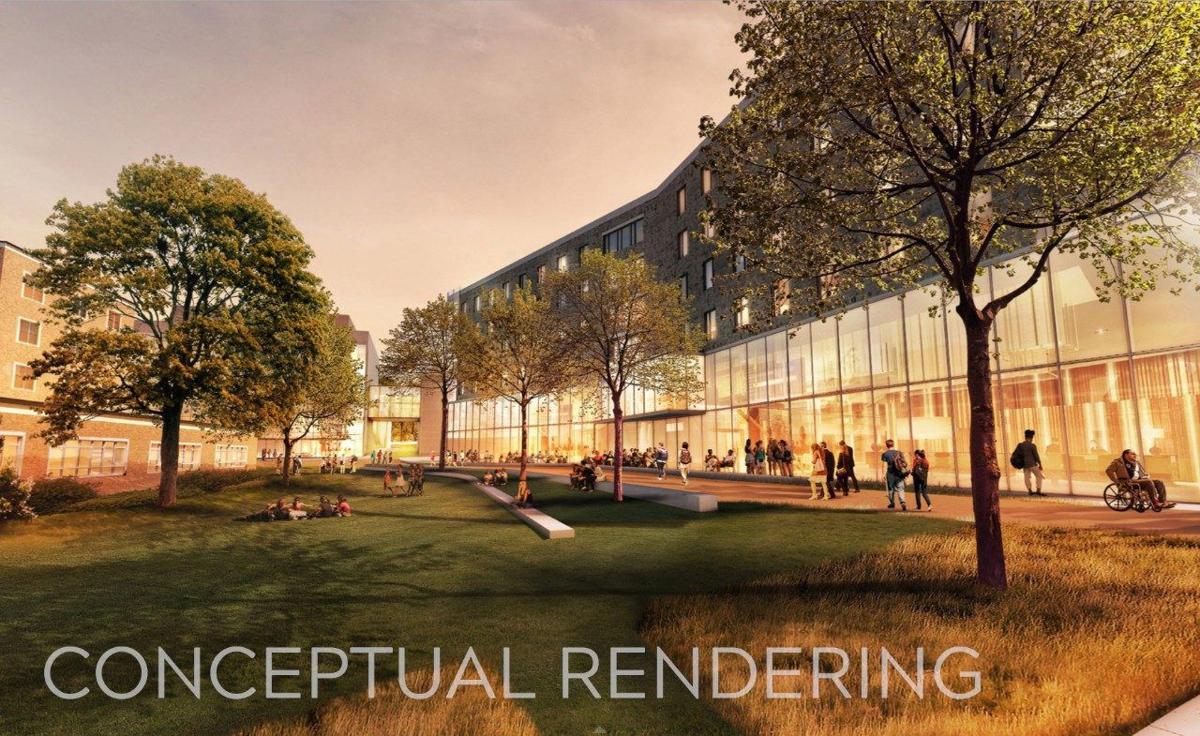 By Jacob Demmitt and Robby Korth The Roanoke Times
Gallery

ARLINGTON — A vacant warehouse district just outside of Washington, D.C., is about to be transformed into a talent pipeline that leads from Virginia Tech’s Blacksburg home to Amazon’s front door.

The Virginia Tech Innovation Campus will be part of National Landing, a new neighborhood crafted specifically for the Amazon HQ2 outpost that was unveiled Tuesday.

The Seattle-based tech giant wanted, among other things, access to engineering talent when it conducted a nation-wide search for new headquarters locations.

Virginia Tech has promised to check that box with the new 15-acre, $1 billion campus, helping the state secure one of its biggest economic development wins in history.

But talking to businesses already here, local economic development teams heard stories of tech companies in the region struggling to find enough skilled workers. When they considered adding tens of thousands more jobs with Amazon, it was clear something needed to be done.

“So coming up with a tech talent solution was something we identified very early on,” Landrum said. “And in comes Virginia Tech.”

Tech and the state have committed to provide $250 million each to seed the project. The school said in its announcement that private philanthropy, industry partners and other revenue streams through sharing spaces will fund the operation.

University officials stress that the campus, while within a two-mile walking distance of HQ2, is designed to link Blacksburg to the entire national capital region, not just one company.

Tech has entered into a memorandum of understanding with Stonebridge Associates Inc. and the city of Alexandria to expedite construction. The campus will be located in the Alexandria portion of National Landing, on land owned by investment firm Blackstone Group LP’s real estate fund. The land, commonly referred to as Oakville Triangle, will be developed by Stonebridge.

“This is a watershed moment for Virginia Tech and a great day for the commonwealth that we are committed to serve. As a land-grant research institution, we knew we needed to claim our role of driving economic development in Virginia,” university President Tim Sands said in a news release. “Our new Innovation Campus will be the global center of technology excellence and talent production – where highly skilled students, world-class faculty, smart ideas, and forward-thinking companies will meet to propel the commonwealth and the region forward.”

The ripples from the splashy new campus will be felt in Southwest Virginia, Tech officials said.

Sands said Tuesday that the new campus will feature graduate students working in technology and will boost Northern Virginia’s innovation economy. Start ups and other companies will have a presence on the campus in an effort to create a synergistic environment.

About 50 faculty will be hired at the new campus, but that number will likely grow “dramatically,” in the coming years, he said.

The university plans to add 2,000 undergraduate students who will work in software engineering and computer science to add to a pipeline from Tech to Amazon. The company is already a top 10 recruiter of Virginia Tech students, said Julia Ross, the College of Engineering dean.

“This is an expansion of our operations,” Ross said. “It’s an accelerant. We’re going to be ramping up our trajectory.”

“We’re talking about an opportunity to leverage Northern Virginia to grow Roanoke and Blacksburg and vice versa,” Sands said. “We’re one of the only institutions that spans the urban-rural divide and we use that to make sure prosperity is shared.”

The first 100 master’s students will enroll next fall on the campus and the campus will host 500 master’s degree students within five years. Ross said about 250 undergraduates will rotate onto the campus to take part in engaged learning opportunities with the companies and researchers in Northern Virginia.

Amazon’s HQ2 was announced Tuesday after more than a year of waiting. The online retail giant had vowed to invest $5 billion and create 25,000 jobs with a second headquarters. The new headquarters will be split between Northern Virginia and the New York City area.

Tech already has a robust presence in the region with seven locations and about 160 faculty. The school also draws many of its students from the area and estimates it has 60,000 alumni in Northern Virginia.

Tech’s presence with HQ2 has been a year in the making, Sands said. The university has been in talks internally about how to expand its presence in Northern Virginia for four years, almost the entirety of Sands’ tenure, he said.

Partnering with the state on its bid for the project accelerated those efforts. Sands said for the last 14 months, the university has had daily talks with the Virginia Economic Development Partnership as the university took the lead on the higher education piece of the pitch to Amazon.

The new campus is “inspired” by Cornell University’s Cornell Tech, a graduate school campus in New York City that brings together faculty and industry in an educational environment, Sands said.

“Today is a historic day for the commonwealth,” Sen. Mark Warner said in a news release. “The Innovation Campus will transform Virginia’s high-tech economy while also providing a pipeline of talent to industry all over Virginia, including Amazon. Once fully launched, it will benefit educational institutions and regions across the commonwealth.”

The campus will feature the following:

Without public ceremony, Gov. Ralph Northam on Tuesday signed legislation to carry out Virginia’s promises to Amazon for up to $750 million in cash incentives if the company creates 37,850 high-paying jobs at the new headquarters it plans in Arlington County.

Amazon canceled plans to build a campus in New York City with at least 25,000 high-paying jobs on Thursday because of resistance from local el…

ST. PAUL — Amazon officials made their first visit to far Southwest Virginia this week to give local legislators and economic development lead…