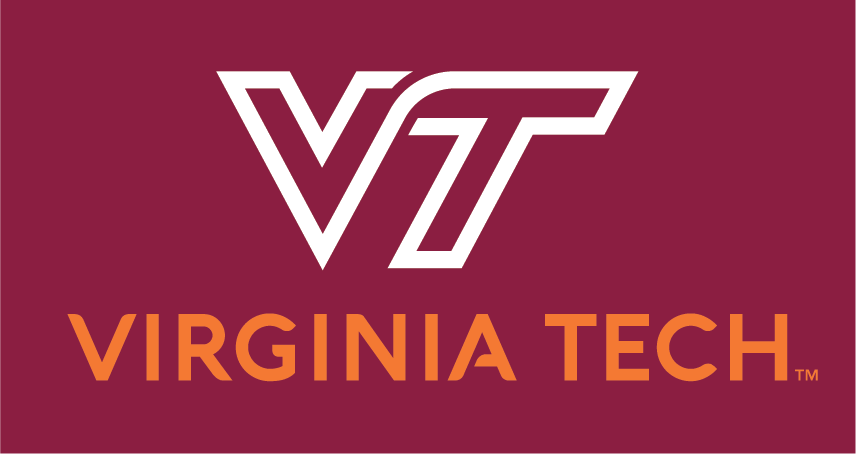 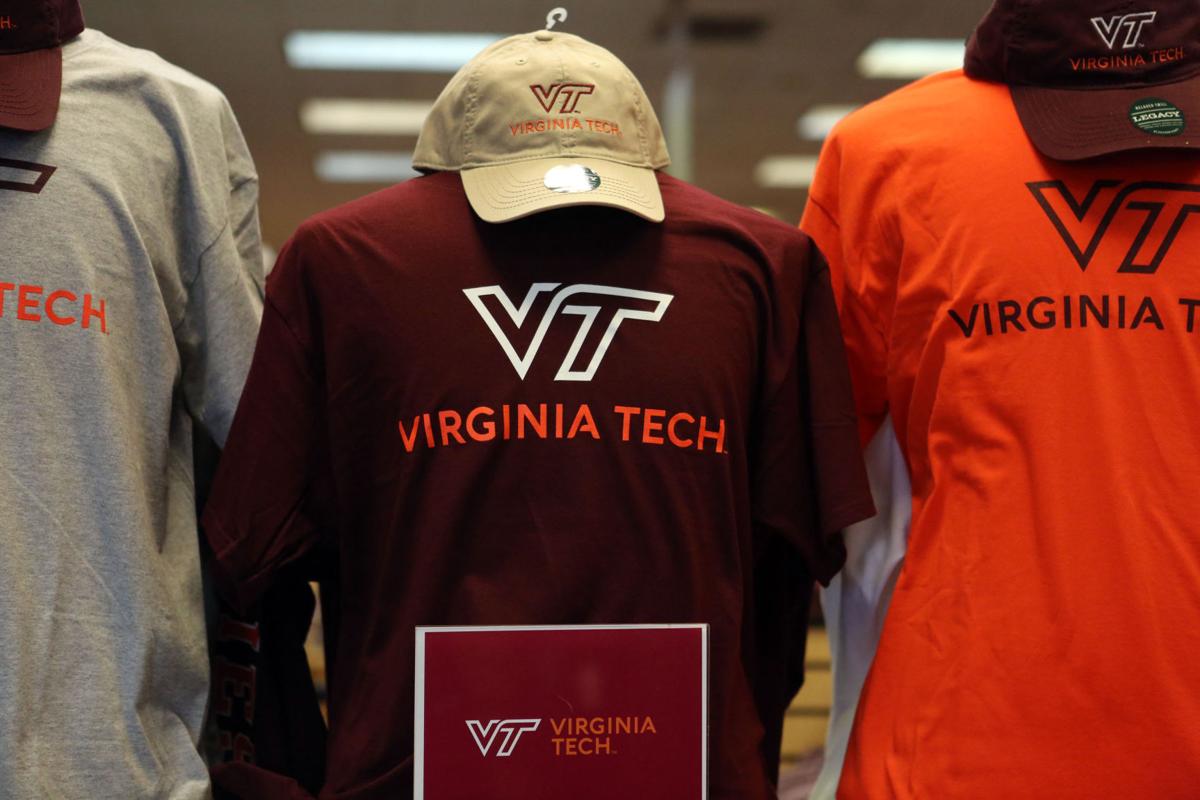 T-shirts and hats with the new Virginia Tech logo are on display and for sale at Volume Two bookstore. 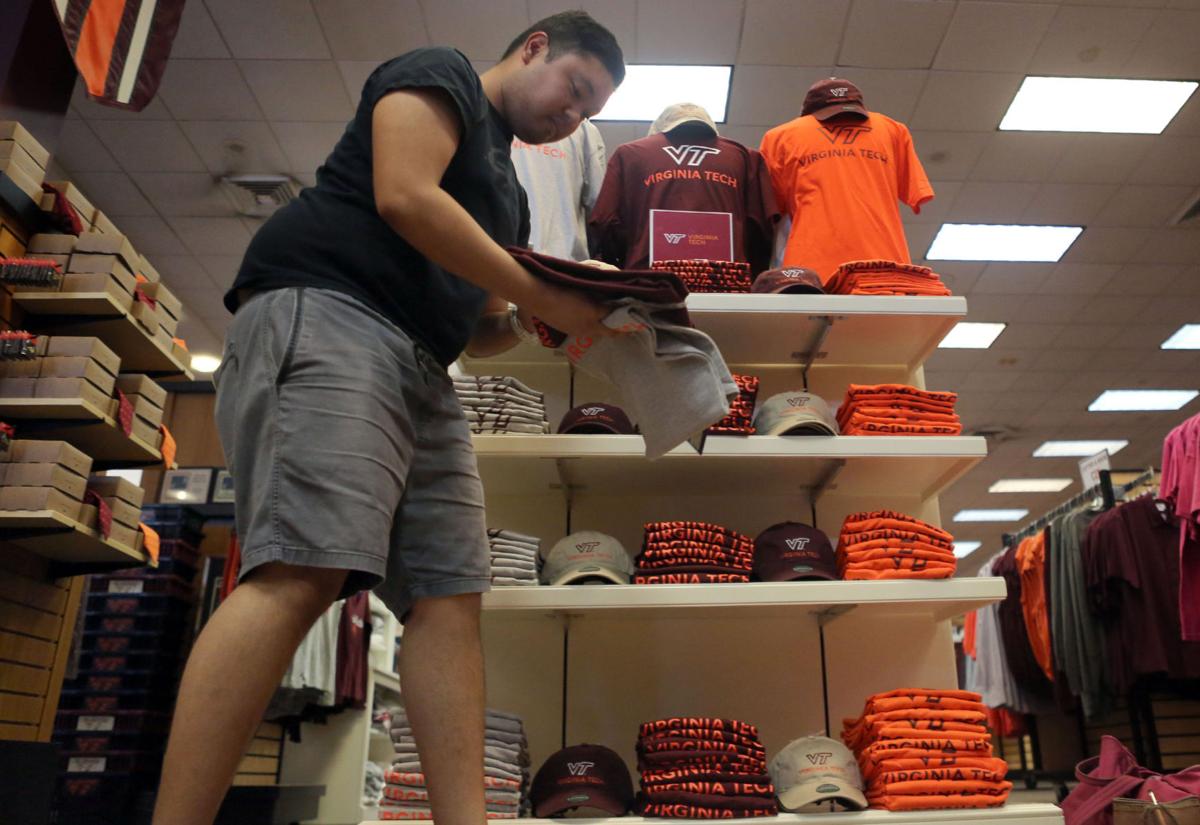 Virginia Tech class of 2011 alum Tom Medina selects T-shirts with the new logo on them at Volume Two bookstore Tuesday. The new logo is almost identical to the iconic “flying VT” logo used by athletics, but contains subtle differences. 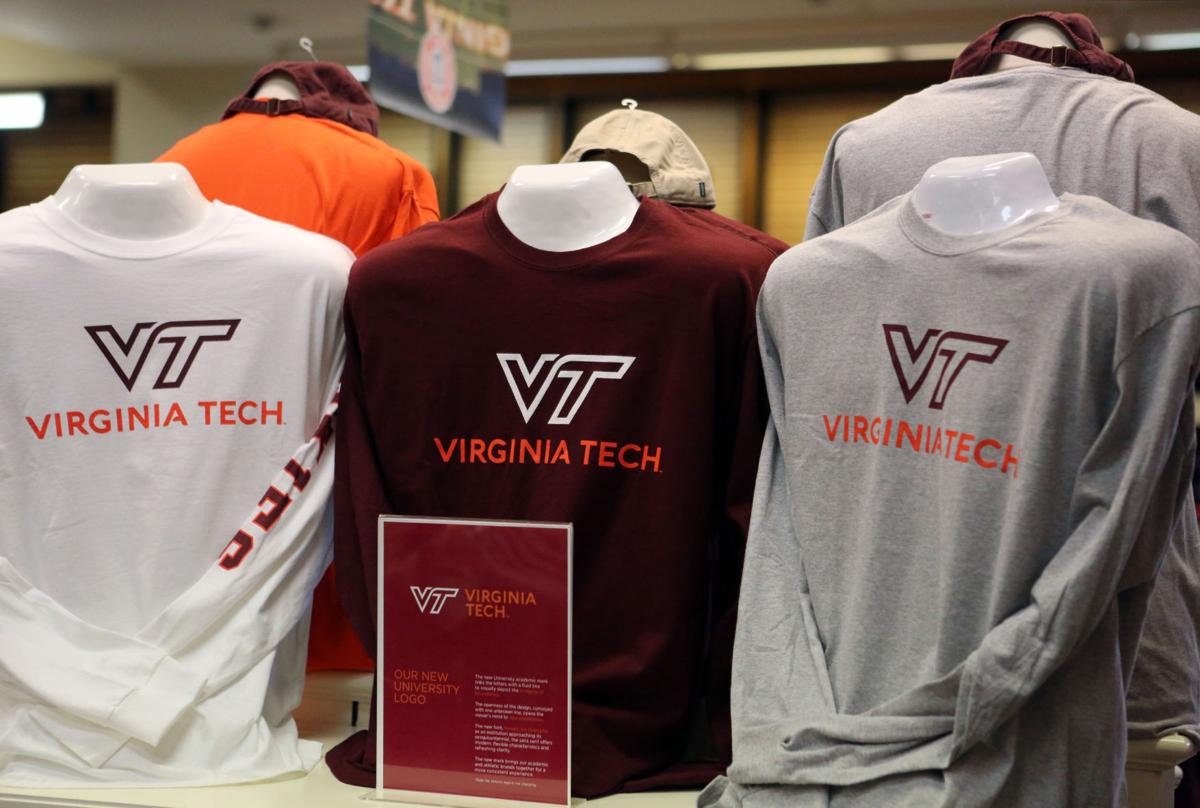 BLACKSBURG — The future has been invented.

Virginia Tech unveiled a new academic logo Tuesday and scrapped the old “Invent the Future” tagline as part of a broad re-branding effort.

The new look will be familiar, as it’s a re-imagining of the iconic “flying VT” used by the school’s sports teams for years.

Tech has long had two logos, one for athletics and one for academics. Now, the two logos will look almost identical, but with subtle differences. The old academic emblem, a maroon shield featuring the War Memorial pylons, will be phased out.

The moves are all part of an effort that’s been years in the making and will slowly roll out over the coming months. The changes will not be implemented with Tech athletics.

Over time, the logo will be phased onto all sorts of things including signage, apparel and business cards.

That process will take about three years and ultimately cost the university about $1 million for further research, design and implementation. Developing the logo itself cost about $25,000, according to an estimate from the university. All money spent on the re-branding will come from Virginia Tech Foundation funds.

Immediately, the new logo will be most prominent on the web as part of Tech’s website vt.edu and on the university’s multitude of social media channels.

Adopting a mark that closely mirrors the athletic logo is becoming the trend in academic logos in higher education, said Melanie Schramm, Tech’s marketing director. She pointed toward a recent rebranding of the University of Michigan as an example.

The sunsetting of the tagline “Invent the Future” will probably be one of the most notable changes to Tech’s overall brand.

“These things run their course,” Larry Hincker, Tech’s former spokesman who helped spearhead Tech’s last rebrand wrote in an email. “We had a good run and it served us well. It ... was a mnemonic underscoring the creative and impactful nature of Virginia Tech’s research and creative enterprises.”

Hincker added: “With that said, the new mark represents an intriguing design solution. It distills and reflects quite well the two most widely known aspects of Virginia Tech’s brand — football and engineering.”

But it was time for the tagline to ultimately stop appearing alongside the university name and logo in most instances, Vosburgh said. Universities are beginning to phase out taglines on a wider scale.

Other big, noticeable changes will come in the form of an altered “brand platform,” Vosburgh said.

That boils down to finding more effective ways to tell Tech’s story on a variety of platforms like news stories and images on the universities website and in the Virginia Tech Magazine, Vosburgh said.

Schramm said she hopes that the new brand will evoke positive feelings toward Tech.

“We want people to walk away feeling certain feels,” Schramm said. Those feels include inclusivity, courageousness and adaptability.

Most of those stories will be through individuals who “reflect the spirit of Ut Prosim,” Tech’s motto which means “That I may serve,” Vosburgh said.

The new logo will not be forced on individual colleges or academic units as part of the roll out, the Tech officials said.

The logo coming out now will help those groups to develop their own logos after they provide input, Schramm said.

Tech marketers have already run the new brand and logo by focus groups featuring more than 900 alumni, students, faculty and prospective students and their families.

But that doesn’t mean the brand and logo will be static, Schramm said. Tech will have an online guide for the brand that can be altered .

“We want this to be flexible and breathing,” Vosburgh said.

A 21st century re-brand rollout from Virginia Tech was met with a 21st century response: a mountain of digital reactions to a new “VT” academic logo.

T-shirts and hats with the new Virginia Tech logo are on display and for sale at Volume Two bookstore.

Virginia Tech class of 2011 alum Tom Medina selects T-shirts with the new logo on them at Volume Two bookstore Tuesday. The new logo is almost identical to the iconic “flying VT” logo used by athletics, but contains subtle differences.