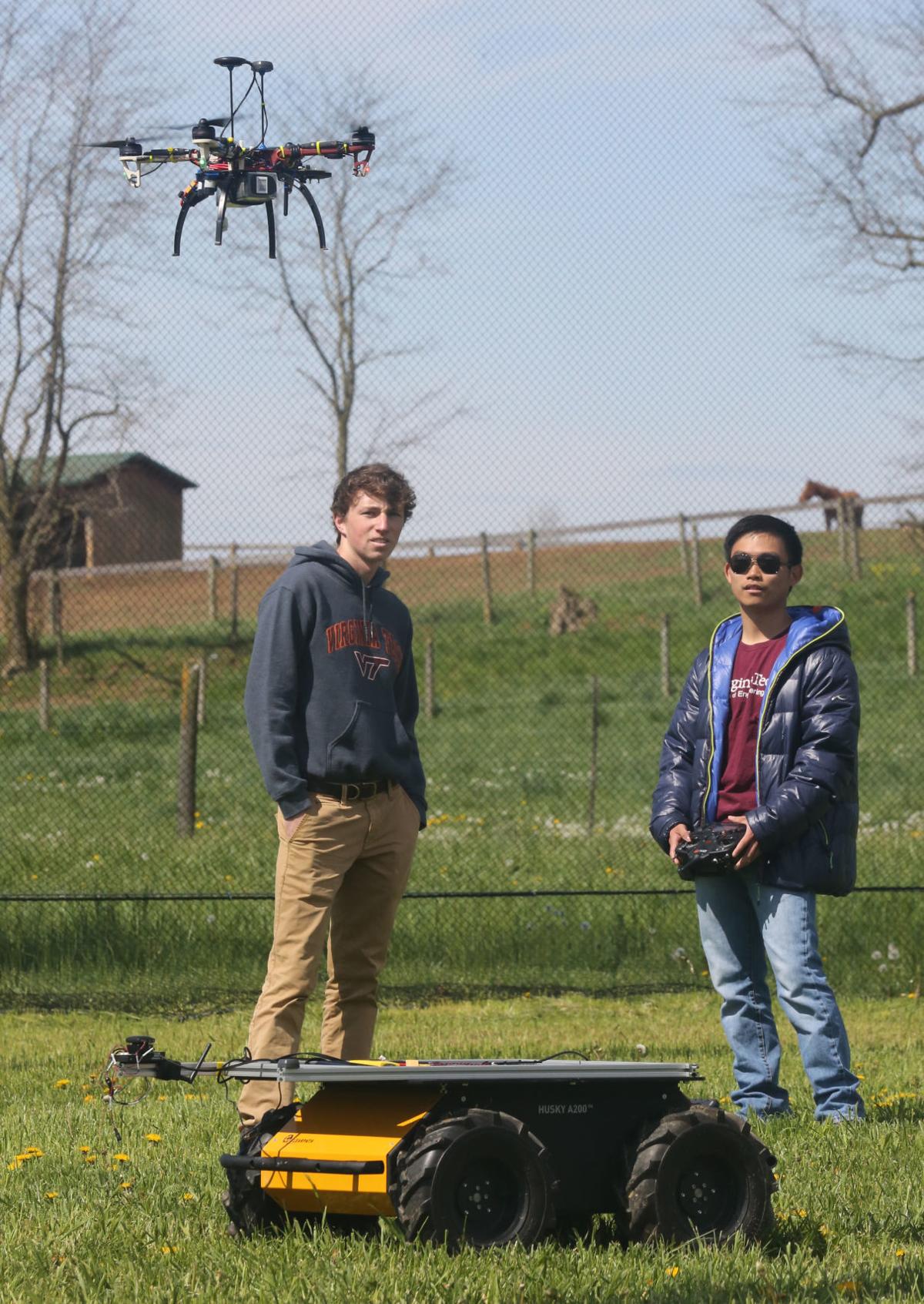 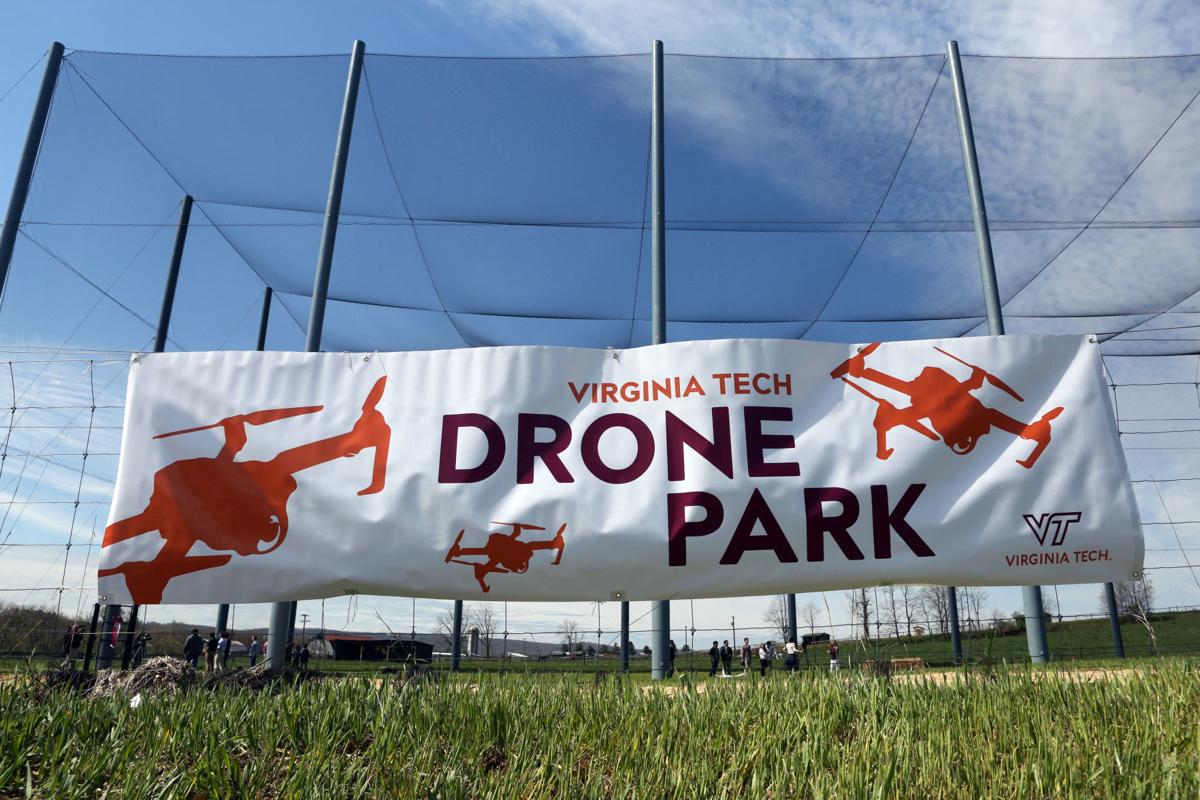 Virginia Tech recently held an official opening for what the university says is the tallest netted facility of its kind. 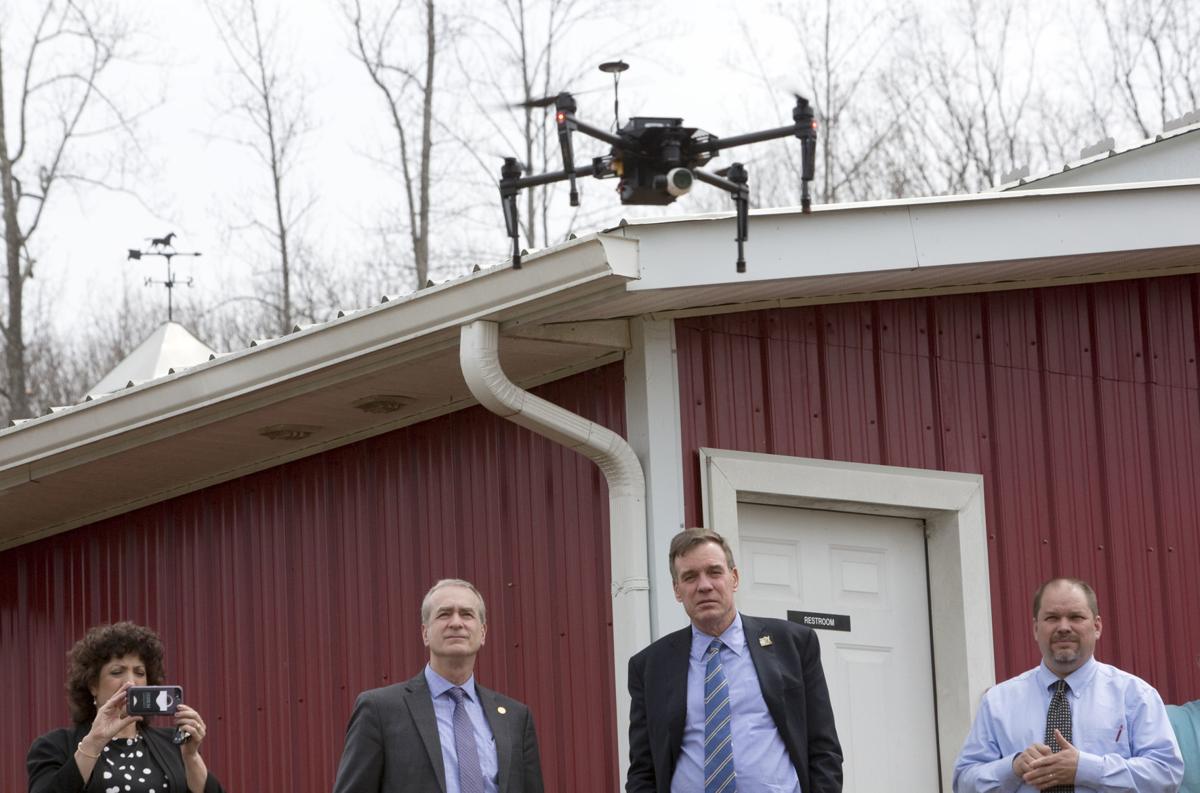 By Robby Korth and Jacob Demmitt The Roanoke Times

Federal regulators selected Virginia for an experimental drone program Wednesday, opening the door for Virginia Tech to manage and lead drone experimentation across the state.

Ten jurisdictions were selected for the UAS Integration Pilot Program, which encourages local, state and tribal governments to partner with private companies to push the boundaries on unmanned aircraft.

The idea is to allow a small group of hand-selected communities to experiment with drone applications that are otherwise banned, such as flying a drone over crowds or beyond the pilot’s line of sight. Lessons learned from these tests will help shape future drone regulations for the nation.

Virginia’s Center for Innovative Technology and the state’s Innovation and Entrepreneurship Investment Authority submitted a statewide proposal that was selected by the Federal Aviation Administration and U.S. Department of Transportation for the special designation Wednesday. Virginia Tech’s Mid-Atlantic Aviation Partnership will manage the day-to-day operations and testing as part of the program.

Six Virginia counties — Buckingham, Cumberland, Loudoun, Montgomery, Prince Edward and Wise — participated in the proposal and will be hubs for testing.

“Every member of the Virginia coalition shares in this win,” Mark Blanks, director of MAAP, said at a ceremony in Washington announcing the winners.

The work in Virginia will be critical because of drones’ unique ways of interacting with people, he said. And those interactions will continue to become more common.

Because of Virginia’s involvement in the program it’s possible local residents will help shape regulations — through experiments such as drone deliveries.

Project Wing was in Blacksburg previously to test its drone delivery system by lowering Chipotle burritos to customers.

The new UAS Integration Pilot Program will allow for more tests like that, but with fewer regulations. The program will also last for three years, creating opportunities for larger scale experiments.

The timeline for when specific experiments will start is unclear, Blanks said. However, once MAAP has determined what projects will happen where and when, the organization will publicize them in hopes of getting people’s thoughts.

“We’re going to be seeking feedback on things they [the public] would like to see,” he said.

“Today’s award is recognition that this team has assembled some of the strongest expertise in the nation, and has put forward a proposal that will prove critical to shared efforts to safely integrate drones into our communities and airspace. I congratulate the team for winning this slot,” U.S. Sen. Mark Warner, D-Va., said in a written statement.

Warner told The Roanoke Times last week he’d been lobbying behind the scenes for Virginia to get the distinction.

“The use of drones has the potential to revolutionize a number of fields. The work done through the collaborative partnerships of the UAS Integration Pilot Program will help provide important data on how to most safely and effectively utilize this technology,” said U.S. Rep. Bob Goodlatte, R-Roanoke County, in a written statement.

“Unmanned aircraft systems hold great potential for commercial use, and Virginia is charting the path forward,” Rep. Morgan Griffith, R-Salem, said in a written statement. “The commonwealth’s inclusion in the Integration Pilot Program will help bring the benefits of drone technology closer to everyday application.”

Wednesday’s announcement follows a highly competitive, months-long application process, after President Donald Trump’s administration first announced the initiative in October. The program received 149 applications, according to a news release from the U.S. Department of Transportation.

The program was designed with recognition that American aviation regulations have become outdated, and the companies pursuing groundbreaking drone technologies are increasingly going overseas to experiment.

In Virginia, the experiments will include package delivery, emergency management and infrastructure inspection, according to a news release from state officials.

The designation further cements Virginia Tech’s reputation as a national leader in the field of unmanned systems research.

The university’s Mid-Atlantic Aviation Partnership was already selected in 2013 as one of six federally certified drone test sites. That made it easier for Virginia Tech researchers to take flight with drones, but they still face barriers.

The following jurisdictions across the country were selected as places where certain commercial experimental drone testing will be allowed for the next three years.

Virginia Tech recently held an official opening for what the university says is the tallest netted facility of its kind.