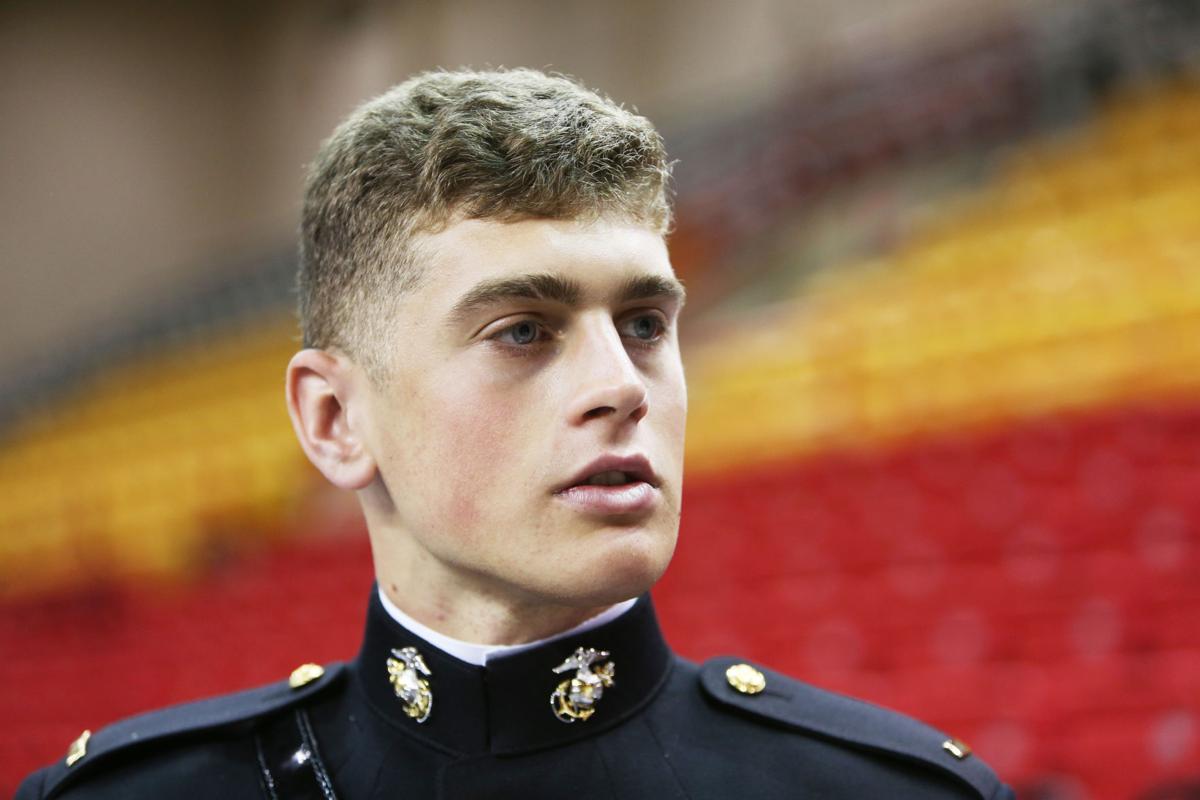 Marine 2nd Lt. Drew Borinstein, the valedictorian of the VMI Class of 2017, has dealt with personal tragedy while in school. His father died unexpectedly in 2015, and then his mother, brother and sister were killed in an airplane crash last August in Fredericksburg. 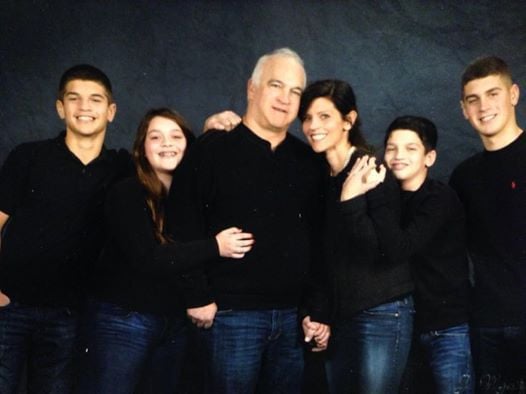 LEXINGTON — Drew Borinstein figured he was in for a life-changing experience when he entered the infamous “rat line” as a first-year cadet at Virginia Military Institute.

“Overcoming some kind of adversity, attacking a challenge,” he said of what he expected from the military school. “That would be something that would forge me into the person I was intended to be.”

The next four years did just that — but in ways and places beyond the arduous demands that VMI places on its cadets.

In August, Borinstein’s mother, brother and sister were killed in an airplane crash near Fredericksburg while on the way to watch him graduate from an officer training program. The tragedy followed the unexpected death of his father 16 months earlier at the family home in Shelbyville, Indiana.

Borinstein soldiered on at VMI, completing his academic work with honors while preparing for the military.

The cadet’s resolve will be recognized Tuesday, when Borinstein graduates from VMI as the valedictorian of the Class of 2017, an honor bestowed on him by his classmates.

Of the 320 cadets to receive diplomas, 147 will accept commissions into the armed services as officers. Their ranks will include Borinstein, who became a second lieutenant in the U.S. Marine Corps at a commissioning ceremony Monday in VMI’s Cameron Hall.

Two things helped him reach this point in life, Borinstein said: the strict but supportive environment at VMI and his faith in God.

Within a few weeks after attending the funerals of his mother, brother and sister with his younger brother Beau — the only other surviving member of his immediate family — Borinstein knew where he wanted to be.

“It was helpful to get back to VMI, put my head down, and immerse myself in the busy schedule here,” he said. “I felt like I wanted to get back into a routine and bury myself in something that wasn’t mourning and grieving.”

Support from fellow cadets, faculty and everyone else at VMI helped, he said. So did his belief that a higher power would guide him through the ordeal.

“It changed me,” he said of his loss, “but ultimately for the better.”

Growing up in the rural Midwest, Drew Borinstein was the oldest of four children in a church-going, hard-working family.

“They were just rock-solid people in the community, and whatever was needed, they were there to help out,” said Paul Romoser, a pastor at the family’s church, Brookville Road Community Church.

“He always emphasized the value of hard work,” Drew Borinstein said. “When you start something, you don’t quit. And that was something that stuck with me from an early age.”

When Borinstein decided to attend VMI, he said his father couldn’t have been prouder.

“I really felt strongly about doing my part,” he said. “I wanted to step out there, even if it was just for four years, to show my support and do something that I could look back on and say, ‘I did that for the nation.’ ”

At VMI, Borinstein completed the “rat line,” a boot-camp style introduction to the school’s rigors that all first-year cadets must endure. A math major, he served on the Honor Court and in his fourth year was commander of Echo Company, one of 10 cadet units at the school.

In March 2015, word came from Shelbyville that Borinstein’s father had passed away.

When he returned to VMI a few weeks later, Borinstein said the atmosphere that greeted him reinforced a decision he had already reached — that the school was the right place for him.

“It was overwhelming, just the amount of support that people surrounded me with, and continue to do so to this day,” he said.

The following year, Borinstein would need to draw on that support again.

In the summer of 2016, Borinstein enrolled in the Marine Corps Base Quantico’s Officers Candidate School, a requirement for the military career that by then he had decided to pursue.

Aug. 12 was Family Day, when relatives arrived at the base near Fredericksburg to meet with the candidates who were set to graduate at a ceremony the next day.

Borinstein’s mother, Lisa, his brother Luke and his sister Emma were on the way. A family friend had agreed to fly them from Indiana to Spotsylvania County’s Shannon Airport.

In addition to the Borinsteins, the twin-engine private aircraft was carrying its pilot, the family friend, and an exchange student from Germany who was staying with the family that summer.

The plane approached the runway too high and too fast.

The pilot touched down and then became airborne again in an effort to circle the airport and attempt a second landing, the National Transportation Safety Board later determined.

As it climbed, the plane pitched to the left and crashed into a stand of trees. The pilot and all five passengers were killed.

At the nearby base in Quantico, Borinstein was wondering why his family had not arrived.

“As the day wore on, I had this feeling in the bottom of my gut,” he said. “It started to dawn on me a little bit.”

Finally, Borinstein typed the words “plane crash” and “Fredericksburg” into his smart phone. The results confirmed his worst fears.

Back in Shelbyville for another family funeral, Borinstein reunited with his younger brother, Beau, who had stayed behind to play in a high school football game.

Romoser, the family pastor, recalled stopping by the house and finding the two brothers together early in the morning. Drew Borinstein was reading scriptures to his brother as they coped with the loss of the rest of their family.

“Drew is very solid in his faith and really hasn’t been the kind of person who questions things,” Romoser said. “He doesn’t go off on a lot of tangents; he never wavers at all.”

A challenge to his classmates

The valedictorian’s speech that Drew Borinstein will deliver Tuesday will include little about his personal losses.

In an interview last week, Borinstein said he was drafting a speech that would encourage his fellow cadets to set their goals high even as they achieve a major milestone.

“Don’t let VMI be the culminating event of your life,” Borinstein said he would tell them.

After a summer of traveling with his brother to Europe and completing mission work in Kenya, Borinstein will report back to Quantico in September for training that will mark the beginning of his military career.

For the VMI officials who watched him over the past four years, there is no doubt about what that career will bring.

“He knows what right is and does it for the right reasons. He has the honor, courage and commitment that will make him a fine officer and leader of Marines in combat,” Col. David Coggins, commanding officer of VMI’s Naval ROTC program, wrote in an email.

“He is a great American and if roles were reversed — I’d follow him anywhere.”

Marine 2nd Lt. Drew Borinstein, the valedictorian of the VMI Class of 2017, has dealt with personal tragedy while in school. His father died unexpectedly in 2015, and then his mother, brother and sister were killed in an airplane crash last August in Fredericksburg.