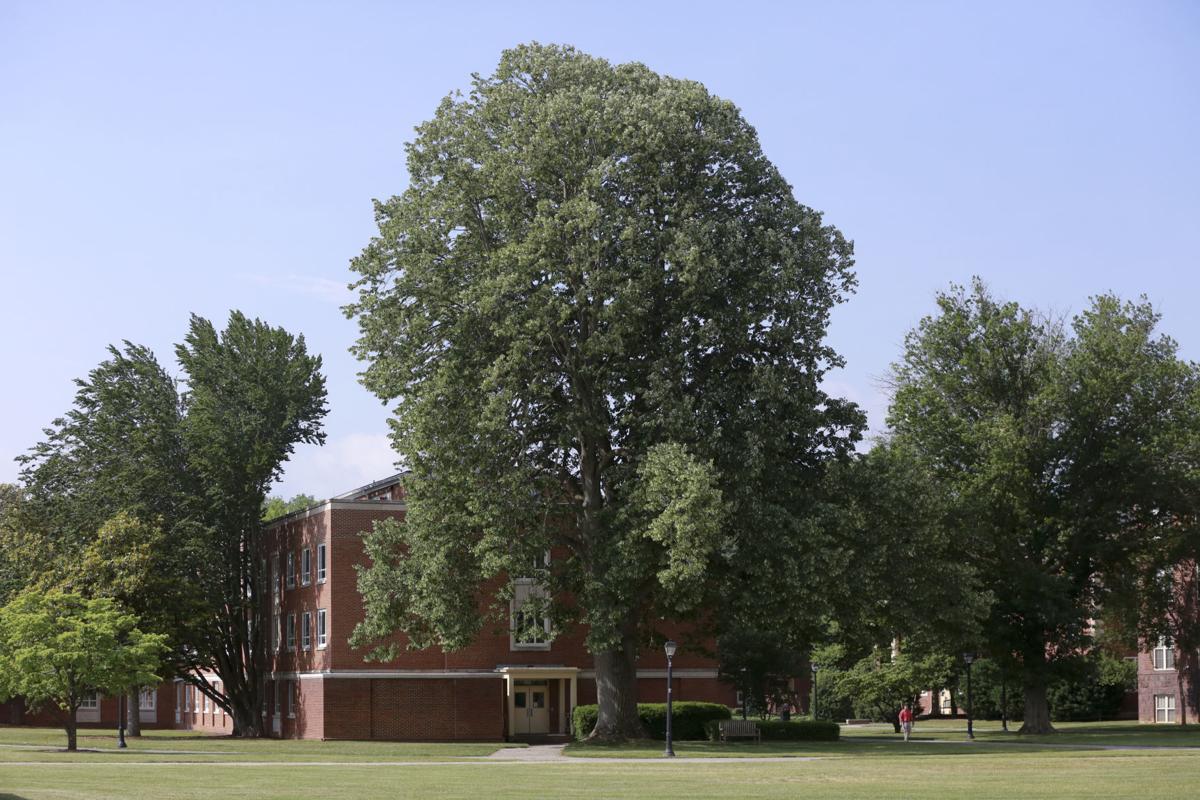 The champion white basswood is located on the Radford University campus next to Jefferson and Tyler halls. 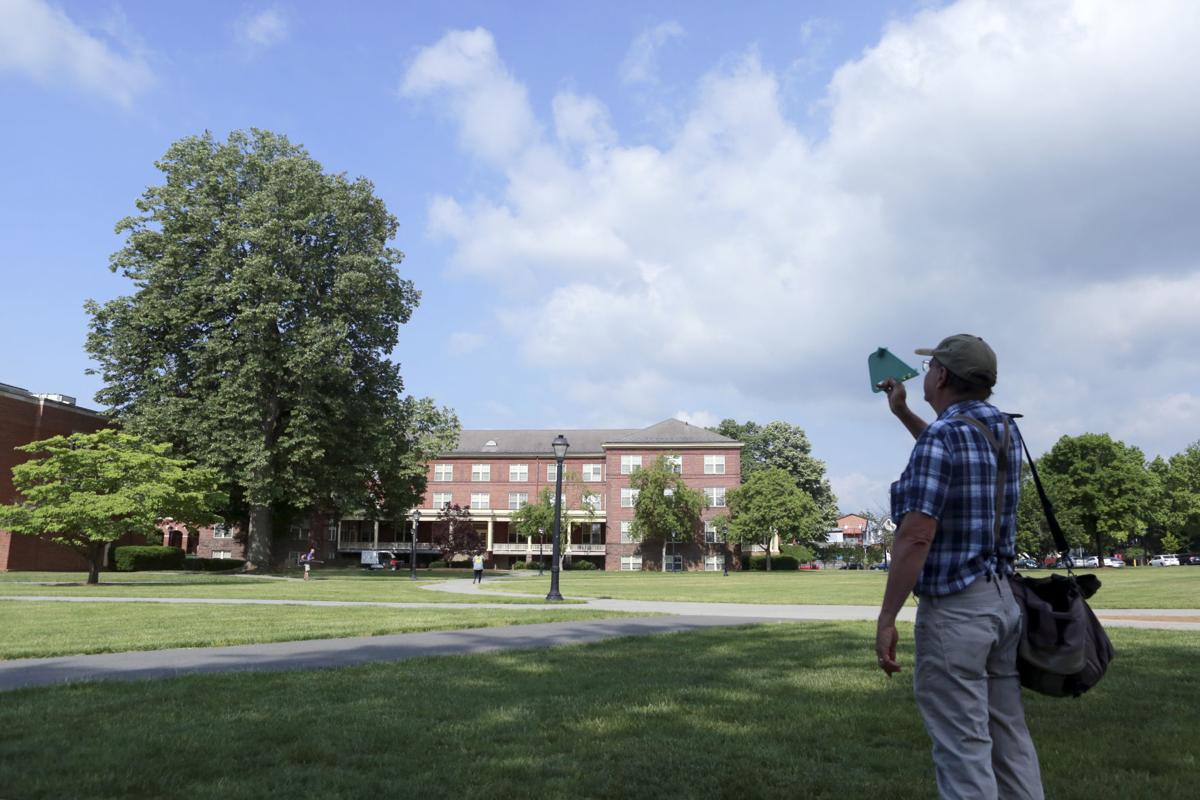 A national championship trophy is rooted in the heart of the Radford University campus.

The white basswood sitting across the quad from McConnell Library is the largest known tree of its kind in the country, according to American Forests, an organization dedicated to advancing the conservation of forests.

It is one of two national champions in Virginia, according to the group’s website. The other is a mulberry white in Albemarle County.

John Kell — a Radford University biology professor who has been cataloging and mapping the campus’ trees since the early 2000s — said the basswood is approximately 91 feet tall and has a circumference of around 15 1/2 feet. It garnered 296 points when it was named a national champion in September, 30 points more than the tree at a botanical garden in Missouri that it unseated.

The white basswood is indigenous to Southern Appalachia and the Midwest along the Ohio River, he said.

Kell said that before last summer, the tree hadn’t been measured since 2008. At that point, it was a runner-up to the champion. But a few years later, varieties of trees started to be recognized in addition to species.

In the summer of 2018, Eric Wiseman, a Virginia Tech professor who specializes in urban forestry and curates Virginia’s Big Tree site, contacted Kell and said he’d like to remeasure the tree, as they like to do that every 10 years, Kell wrote in an email.

“Wiseman thought it had a possibility of being a national champion,” Kell wrote.

And he was right. In September the tree was given the distinction of national champion for its variety and will remain so until a bigger tree comes along.

Wiseman said the tree’s growth will slow as it ages but that it likely will get a bit bigger both in height and width.

Kell said it is likely that there’s a bigger version of the tree out there somewhere, but believes the tree will retain its honor for the foreseeable future.

“It’s a good feeling. It’s nice for Radford to have something like this. There’s a lot of people interested in this,” he said.

Kell said that he doesn’t know exactly how old the basswood is, but a photo from 1934 has a grove of trees where it currently sits, he said.

Wiseman said that Kell’s guess is a good one, and that it’s hard to tell the age of a tree that big without taking an increment core. That involves a professional taking a small sample out of the tree and counting the rings.

Kell has been measuring trees on the Radford campus predominantly as a way to teach students about the different species, of which there are 80. He said the award should help bring awareness to the tree, hopefully to help keep it healthy for years to come.

“For the grounds crew to know it’s a state champion — they will think twice about doing any cutting on it,” Kell said. “For staff and students to know it’s there will help preserve it too.”

Wiseman talked about the importance of these awards in a 2017 news release from Virginia Tech, that he said he continues to stand by.

“Even if you’re not that interested in trees, it’s hard to find someone who can’t appreciate a large champion tree,” Wiseman said in that release. “If people can at least identify with them, then you’ve got a foot in the door to have a conversation about the importance of forest conservation more broadly.”

He went on to further discuss how these awards could help with conservation.

“Having a tree on the register has some sway with people. If a town council or a board of supervisors discovers that a big tree might be jeopardized by a land-use decision, I think they do pay attention to that. I like the idea of the program having influence on local decisions about land use and conservation,” Wiseman said.

Kell gives campus tours describing the different types of trees it holds to students and anyone else that is interested in being an amateur dendrologist. He said a permanent placard or designation would be nice, so future students and employees can learn about the tree as well.

“That’d be cool. I’d definitely like to see some recognition,” he said. “Obviously some people will see the article but in six months there will be a whole new group of people here,” he said.

Kell said the award is also another way for his students to appreciate what’s around them.

Photos: Trophy tree rooted in the heart of the Radford University campus

The champion white basswood is located on the Radford University campus next to Jefferson and Tyler halls. 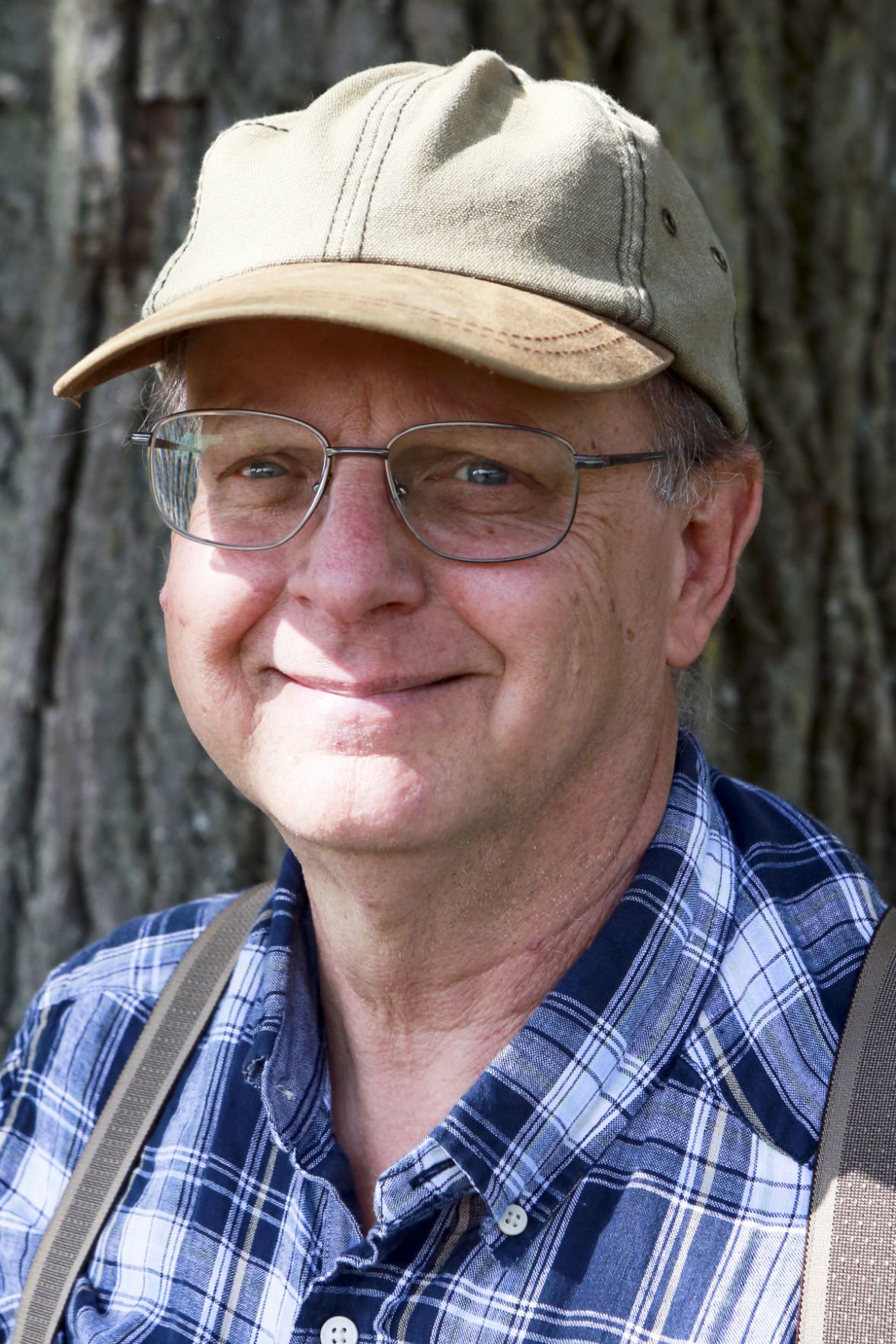 John Kell is a Radford biology professor who has been cataloging and mapping campus trees since the early 2000s.