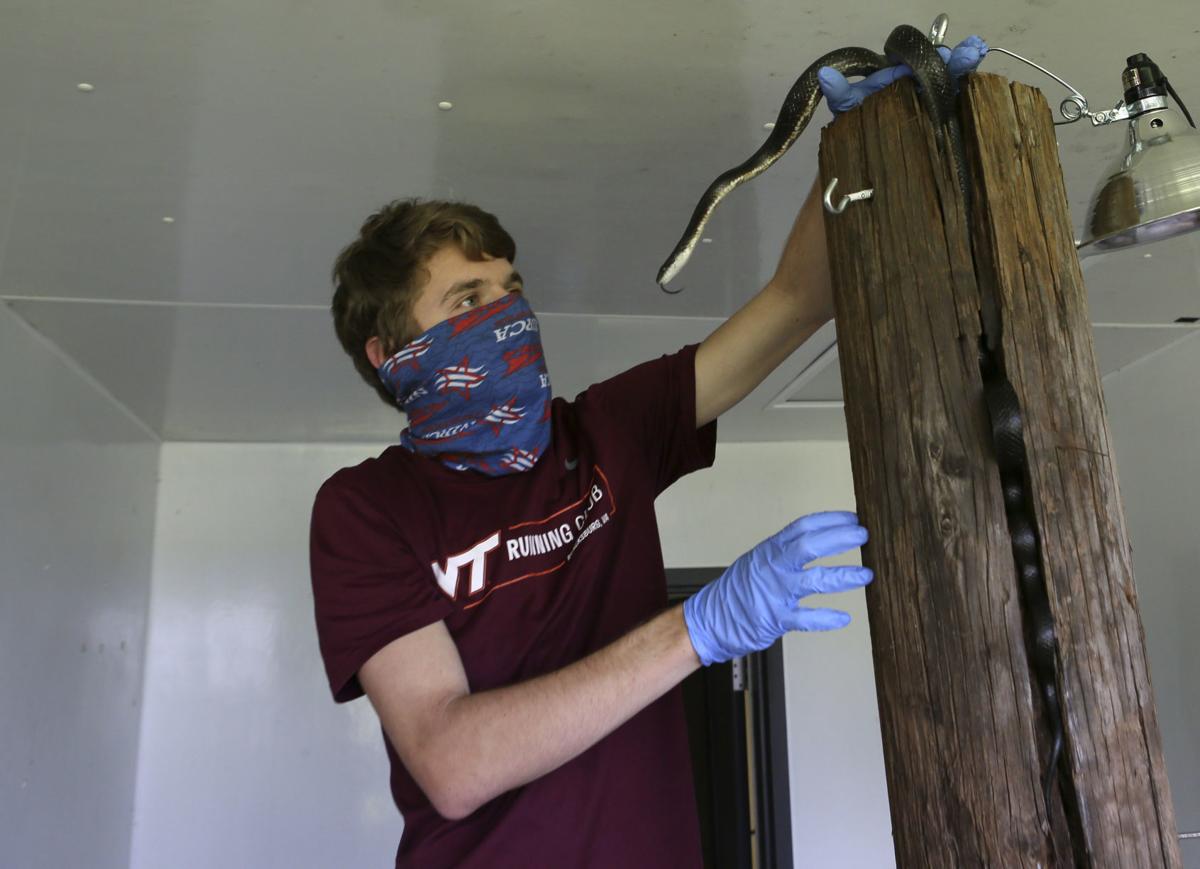 Virginia Tech student researcher Aidan McCarthy gently removes a black ratsnake from the top of a utility pole segment after filming its climb. 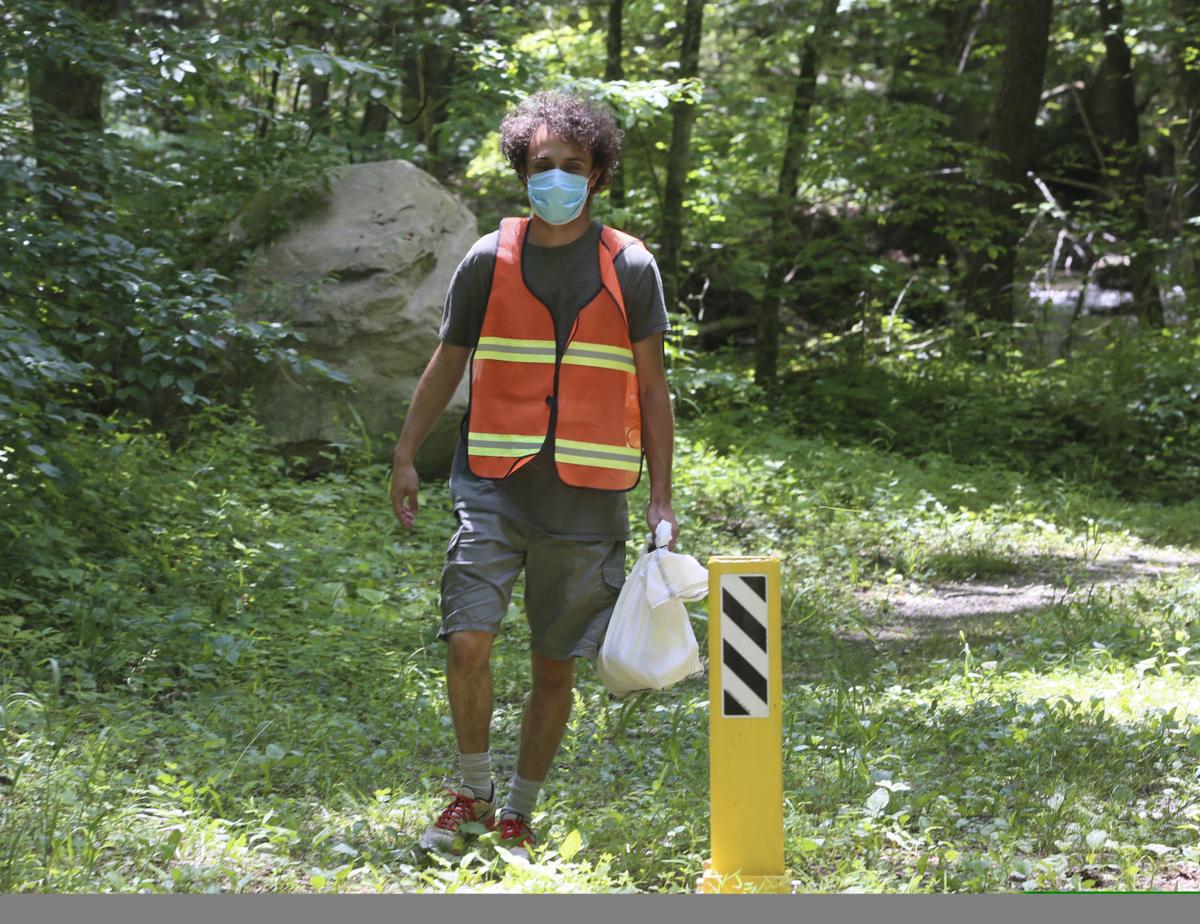 Student researcher Sam Van Noy walks on a path in Jefferson National Forest with a ratsnake in a sack. Snakes are held for four days and then returned to their site of capture.

A black rat snake climbs a utility pole segment while being filmed at the Virginia Tech Wildlife Research complex. 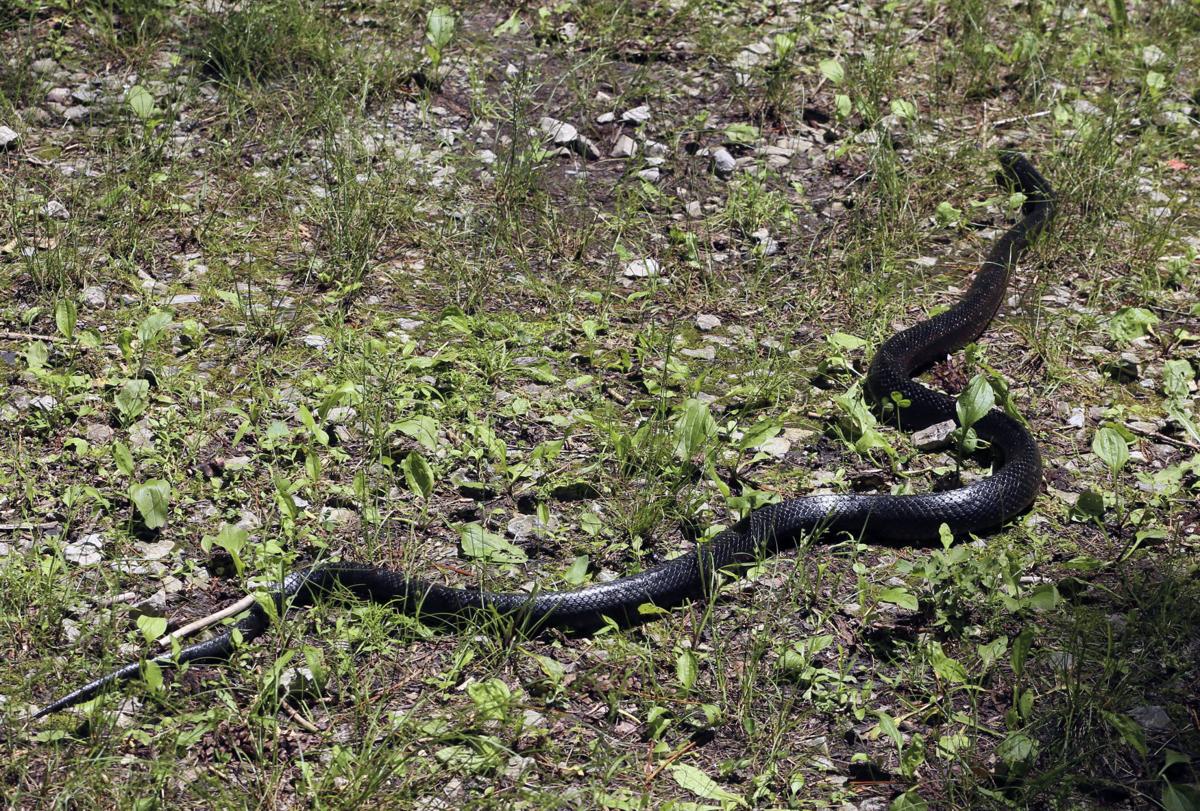 Rat snakes are the state’s most common species. 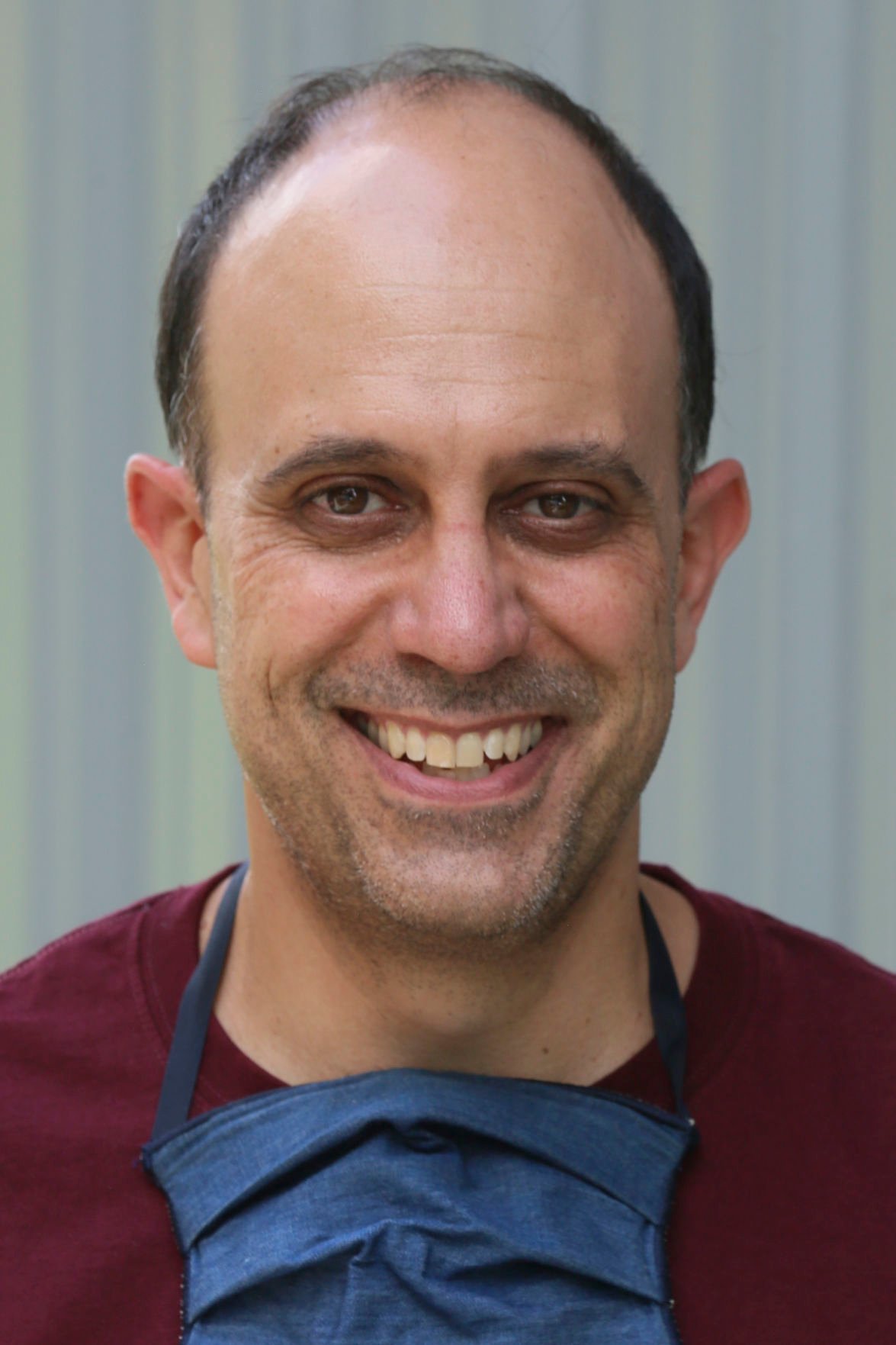 Virginia Tech student researcher Aidan McCarthy gently removes a black ratsnake from the top of a utility pole segment after filming its climb.

Student researcher Sam Van Noy walks on a path in Jefferson National Forest with a ratsnake in a sack. Snakes are held for four days and then returned to their site of capture.

A black rat snake climbs a utility pole segment while being filmed at the Virginia Tech Wildlife Research complex.

Rat snakes are the state’s most common species.

BLACKSBURG — Kevin Hamed spotted the snake on a road near Virginia Tech’s Kentland Farm on a recent summer day. He just had to wait for the vehicle in front of him to pass by the snake, and he could catch another specimen for the study he’s running at Virginia Tech.

But the vehicle didn’t pass by. Instead, the driver turned the wheel just enough to intentionally hit the harmless Eastern ratsnake.

Hamed cringed. For every one ratsnake he and his team have collected this year along the backroads of Montgomery County, they’ve found at least two others dead.

Suddenly, the brake lights ahead flashed, and Hamed watched in wonder as the driver backed up over the damaged creature, and then pulled forward over it a third time.

But the carnage didn’t stop there; the driver did the deadly back and forth once more. Incidents like this, although they are illegal under Virginia law, are sadly common.

“You hear it a lot: the only good snake is a dead snake,” Hamed said. But keeping snakes alive is important to human health and comfort, as well as business prosperity.

That’s why Hamed and his students have been collecting Virginia’s most common snake species this summer to observe their climbing behaviors.

Commissioned by TE Connectivity, a Pennsylvania-based manufacturer of components serving electrical utility companies, Hamed’s $8,400 study will be used to develop devices to keep ratsnakes out of electrical lines and transformers.

Wildlife-induced power outages cost utility companies up to $10 billion a year worldwide, according to a TE white paper. While birds cause up to half of these outages, company spokeswoman Lori Lyons said ratsnakes are high on the list, too.

Often, the snakes are preying on the birds that nest in electrical equipment atop poles. With their talent for climbing trees, ratsnakes scale the poles to hunt the birds and eat their eggs and nestlings. It’s usually a deadly mistake for the snake. They short-circuit the equipment, electrocuting themselves and knocking out power to businesses and homes.

A single such outage can cost tens of thousands of dollars to fix and can lead to fines for companies that fail to adequately protect wildlife, according to TE. So preventing the damage is a top priority for the utility industry.

Hamed said it’s also important for conservation of ratsnakes, which reduce crop damage from rodents and can lower rates of tick-borne diseases.

“Farmers will automatically tell you their value,” Hamed said. “They are consuming things that most people would consider pests. They’re consuming rodents and small mammals.”

And because mice and chipmunks vector disease-causing ticks, keeping their populations low is good for everyone. Hamed said many studies show that low numbers of snakes in an area often coincide with high rates of Lyme disease – a tick-borne bacterial infection that attacks the human nervous system.

Ratsnakes in particular eat invasive bird species like starlings and house sparrows, both European imports that displace native songbirds, he said. And snakes are a major food source for owls, hawks and eagles.

Furthermore, Eastern ratsnakes pose little threat to people, even if they get into a house. While they can bite, they have no fangs and no venom, Hamed said. And, as snakes go, they are slow to strike.

“They’re the Labrador retriever of the snake world,” he said.

Aidan McCarthy provided evidence of that claim on a recent Wednesday when he carried a three-foot-long ratsnake into Hamed’s lab and placed it on a section of utility pole.

Calm in McCarthy’s grasp, it was even more so on the pole. McCarthy had to stroke the tip of the snake’s tail to get it moving. During the test, the snake made its leisurely way to the top of the pole twice, each time by different routes. Meanwhile, senior wildlife conservation major Sam Van Noy filmed its progress for later analysis.

Ratsnake Number 19 was one of up to 24 snakes that will be used in the study, Hamed said. The filming lasts three days, and then the snakes are released back to the locations where they were captured.

McCarthy and Van Noy both said they’ve felt affinity for snakes from childhood.

Van Noy grew up locally and spent his childhood in the woods, “flipping over rocks to see what was under them,” he said.

For McCarthy, reared in Fairfax, it was harder.

“I would see them on TV, and go out and try to find them,” he said. Since coming to Blacksburg, “they’re a lot easier to find.”

There’s little middle ground on snakes. Hamed said surveys show that most people either fear and loathe them or passionately defend them. He hopes this study will help educate those who don’t appreciate ratsnakes about the importance of conservation.

“Snakes are critical components of the ecosystem. Often that’s a hard sell for people who might have a fear of snakes,” Hamed said. “Yeah, a snake that gets on your deck occasionally scares you, but it’s beneficial to you.”

And, he said, keeping ratsnakes out of power boxes keeps electricity on and saves companies and their customers money.

Characteristics: Ratsnakes are the largest snake species in Virginia, growing up to 72 inches long or longer. Adults are uniformly black on top with light underbelly. There are no visible differences between adult males and females. Juveniles are grey with distinct patterns on top and distinctive black eye stripes. Ratsnakes are harmless, lacking venom or fangs. They do have teeth that help them capture and hold prey.

Habitat: Ratsnakes are found in agricultural areas, hardwood forests, urban woodlots and forested wetlands, and they often hunt in barns and old buildings where rodents and birds are plentiful. They are most active just after sunset. Depending weather, they hibernate from December to March.

Food: Ratsnakes hunt on the ground and in trees, and eat a range of birds, nestlings and bird eggs; rodents such as mice, chipmunks and even squirrels; and amphibians and other snakes.

Predators: Ratsnakes are hunted by hawks, great horned owls and free-ranging domestic cats. They are often killed accidentally or intentionally by people. Virginia law prohibits killing snakes unless they pose a direct threat to livestock or people.

Reproduction: Ratsnakes mate in May and June, and in July females lay one clutch of 5-19 eggs near or on the ground under leaf litter, mulch or in hollow trees or decomposing logs.

Note: The black racer is a different snake species that is often confused with the ratsnake.