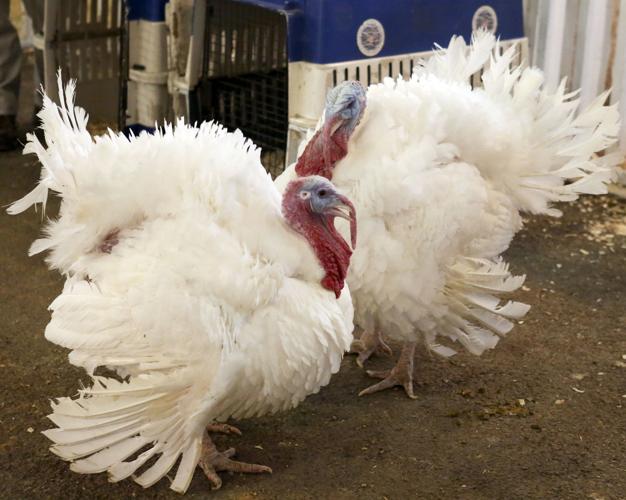 Bread (foreground) and Butter are the fourth consecutive set of presidential-pardoned turkeys to reside at Virginia Tech’s Gobblers Rest. 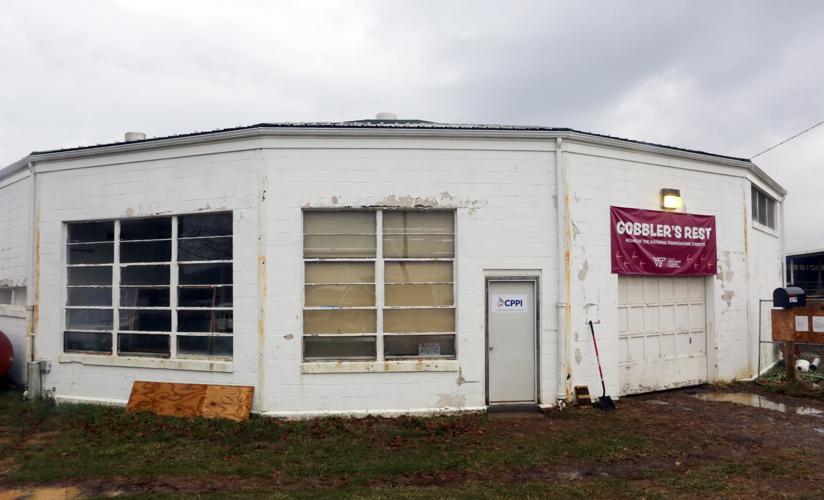 Gobblers Rest on Virginia Tech’s campus has been home to several years of turkeys pardoned by the president. 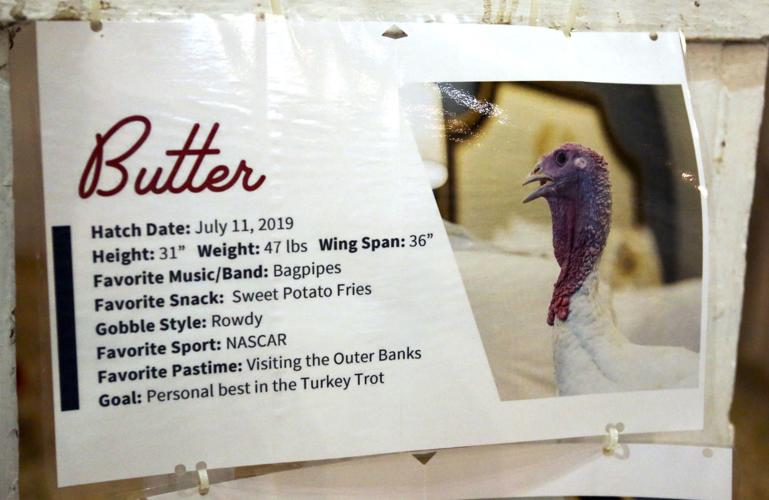 The pardoned turkeys have “bios” on display next to their holding areas. 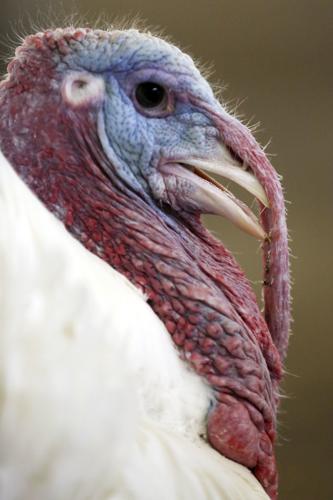 BLACKSBURG — Fame’s 15 minutes have ended for Bread and Butter.

After the turkeys’ stay at an upscale Washington, D.C., hotel last week, after the president anthropomorphized them into witnesses in the U.S. House impeachment inquiry, after he likened them to vultures and journalists before granting a full presidential pardon, the pair of turkeys made the now-traditional van trip down to Virginia Tech on Wednesday.

They will spend the rest of their short lives in a Tech livestock pavilion pen dubbed Gobblers Rest, awaiting their true, and final, gobbler’s rest.

Since 2016, turkeys pardoned by the president have passed their days at Tech, in a partnership with the National Turkey Federation, which picks the birds. The foundation has said it wants to send the turkeys to universities with strong poultry science programs.

But what happens after the media klieg lights are put away? When the sink is filled with gravy-stained dishes and pangs for a leftover turkey sandwich are but a tryptophan-induced daydream? What then of Bread and Butter?

“They eat quite a bit,” said Rami Dalloul, a professor of poultry immunology, whose lab students are among those who oversee the birds’ day-to-day care. “They’re not very active.”

In previous years, turkeys had access to food all the time, said Mallory White, a graduate student, said. The turkeys “plumped up faster than they should have,” she said.

Caretakers have now limited their diet — a standard feed that’s low in fat, high in fiber.

“I’ve noticed how resilient they are,” White said. “I didn’t expect them to acclimate so well to being here.”

About four poultry science students rotate caretaking shifts, White said. Each has assigned days to check on the turkeys. Students take the drive down Plantation Road, past sheep pastures and horse paddocks, to visit. They freshen feed, replace water, and say hello.

Commercial turkeys are raised to be slaughtered. If they’re healthy, they should live for about a year.

“Tater was a legend,” said Amy Rizzo, a clinical veterinarian at Tech. “You wouldn’t think you would be able to get attached to a turkey, but it happens. They have personalities just like people.”

Then Tater developed a joint infection that prevented him from walking.

“We had to make the difficult decision to euthanize him,” she said.

Vets make regular checks on the birds, at least monthly. A farm manager has an office adjoining the pens and also oversees the birds, among Tech’s other animals.

The university only owns other turkeys for specific research projects, Dalloul says. Sometimes there will be zero, sometimes a thousand, on campus at a given time. With a presidential pardon comes immunity from such trials.

Dalloul couldn’t estimate how much it costs to take care of the presidential turkeys, though admitted he’s the one in charge of tallying that.

“It’s worth every expense,” he said.

On a gray Wednesday morning, Peas and Carrots gobbled from their respective pens as Bread and Butter took tentative steps around the pavilion. (Peas and Carrots were separated in April after a fight. Reunification was unsuccessful.)

A Tech cameraman Frankenstein-walked about, attempting to get Bread and Butter to flutter for the perfect shot.

Dalloul advised he not do that.

“Bread is a little skittish” he said.

Bread and Butter wore dazed, slightly melancholy, countenances, expressions that conveyed the sort of uncertainties humankind has pondered since its genesis: Why am I here? What is the meaning of all this?

And what happens when we die?

“Usually the vets take care of them,” Dalloul said.

But does he know what actually happens to them?

“They don’t get buried, if that’s the question,” he said.

Before the Roanoke School Board began a discussion of the division’s ongoing transportation problems earlier this week, parent C.P. Staley set…

A carbon monoxide leak from a faulty HVAC system caused the cancellation of classes at Lord Botetourt High School in Botetourt County on Tuesday.

When 19 children and 2 adults were killed in a school shooting in Uvalde, Texas, this summer, school boards across the country, including in R…

Frank Tyree oversees every student that enters the program from Roanoke city — 139 in total. Most of them he meets while they’re still in high school.

New 'invisible fiber' will change the way we eat food

New 'invisible fiber' will change the way we eat food

Bread (foreground) and Butter are the fourth consecutive set of presidential-pardoned turkeys to reside at Virginia Tech’s Gobblers Rest.

Gobblers Rest on Virginia Tech’s campus has been home to several years of turkeys pardoned by the president.

The pardoned turkeys have “bios” on display next to their holding areas. 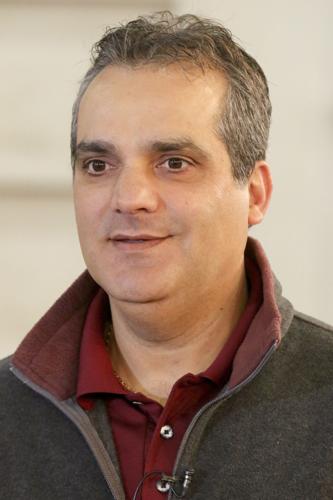 Rami Dalloul, professor in the College of Agriculture and Life Sciences at Virginia Tech