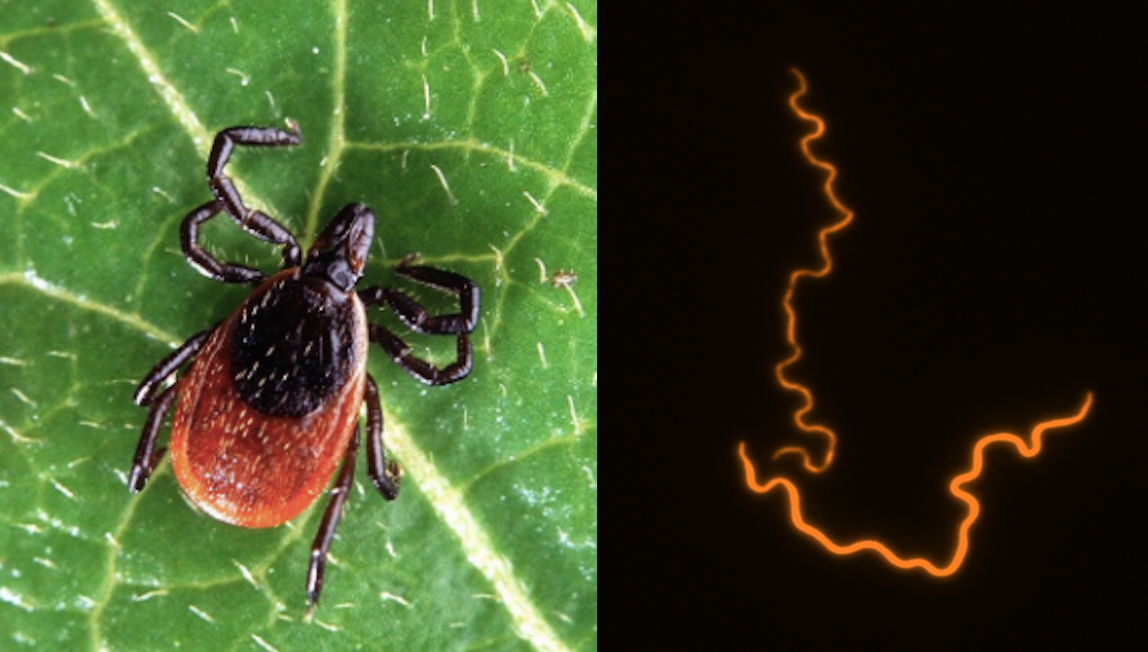 A main Lyme carrier, a deer tick and on right: A high resolution fluorescently tagged image of the bacteria B. burgdorferi that causes Lyme disease. 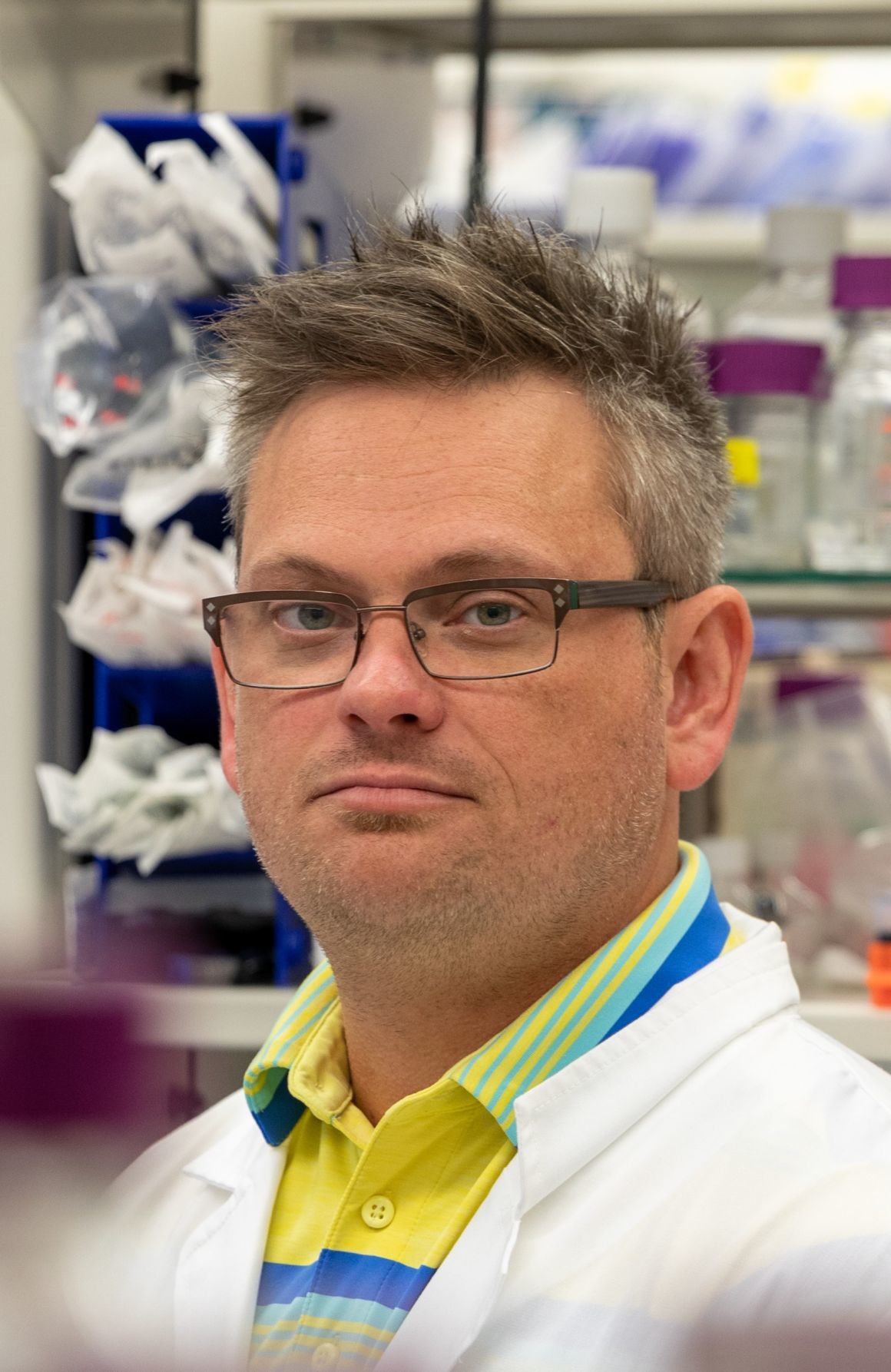 A Virginia Tech biochemist’s discovery of a cellular cause for Lyme disease aches and pains is opening a window that could lead to prevention.

Lyme arthritis, a painful condition that is a late-stage symptom of the disease, is caused in part by a cellular molecule called peptidoglycan shed by Lyme-causing bacteria, according to a study published Monday by Brandon Jutras.

Lyme is a bacterial disease first discovered in 1975 in New England and has since spread across the country. In its early stages it causes flu-like symptoms, although sometimes conditions like Lyme arthritis persist.

Diagnosing Lyme arthritis has been difficult in the past. According to the National Institute of Allergy and Infectious Diseases, effects from the disease will often linger without the presence of Lyme disease bacterium after it was treated with antibiotics.

Jutras’ study, published Monday in the journal Proceedings of the National Academy of Sciences, could be a key to diagnosing and treating the persistent disease.

“This is an important finding , and we think that it has major implications for many manifestations of Lyme disease, not just Lyme arthritis,” Jutras said.

He and his collaborators found as the bacteria that cause Lyme multiply they shed the molecule peptidoglycan, which seeps into people’s joints. Some patients then have an antibody reaction that creates swelling in joints, especially in the knees.

Lyme arthritis is often treatable with antibiotics, but sometimes it persists. Often, doctors have to turn to treating the symptoms rather than the cause, which isn’t ideal, Jutras said.

The next step, which Jutras is beginning to research in mice, is to figure out ways to diagnose Lyme arthritis and prevent the disease entirely. His most recent discovery offers a window to make that happen, he said.

“We’re working to find a way to target the molecule and destroy it,” Jutras said.

He’s also looking at other molecules that could bond to peptidoglycan that would then prevent people’s bodies from having a negative response.

Researching Lyme disease is incredibly important as it spreads across Virginia and the nation, Jutras said.

In 2017, the most recent year with data available, Virginia had more than 1,000 confirmed cases of the tick-borne illness, according to the Centers for Disease Control and Prevention. Officials believe the actual number is likely as much as 10 times more.

It’s too early in the season to know the incidence rate of Lyme for this year, according to Larry Hill, a Virginia Department of Health spokesman. But the Roanoke and New River valleys typically have much higher Lyme disease case counts than other regions of Virginia, so people should be on the lookout for ticks.