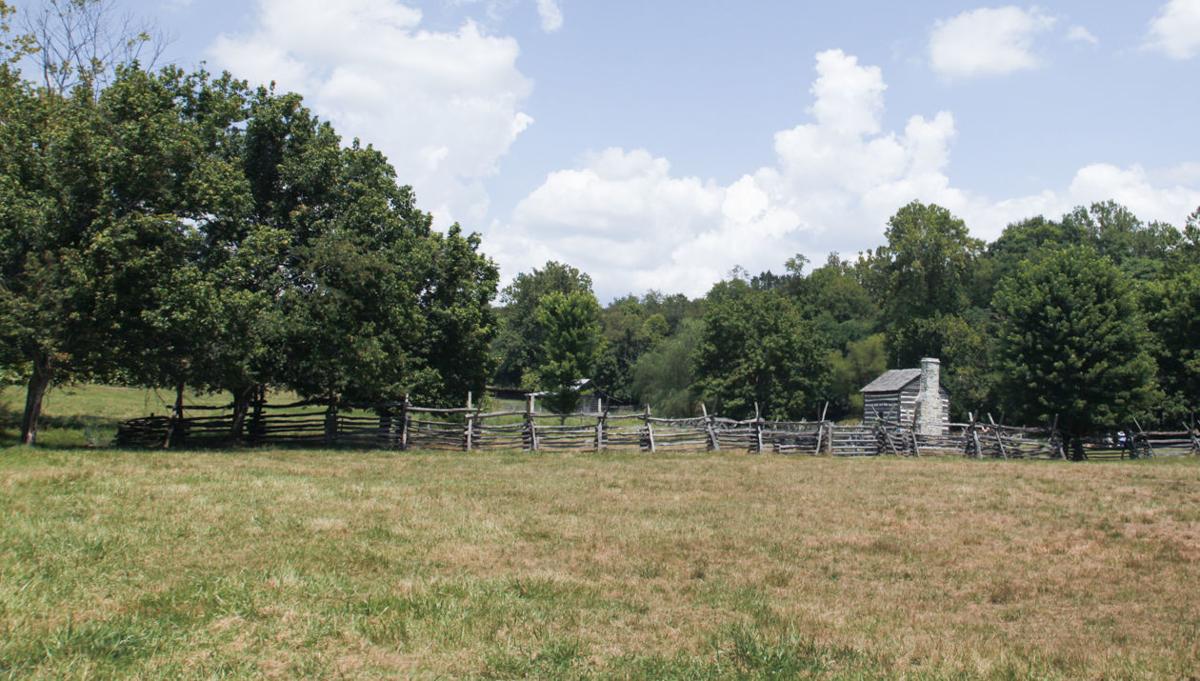 Ingles Farm on the New River near Radford is owned and operated by Bud Jeffries, a descendant of Mary Draper Ingles. 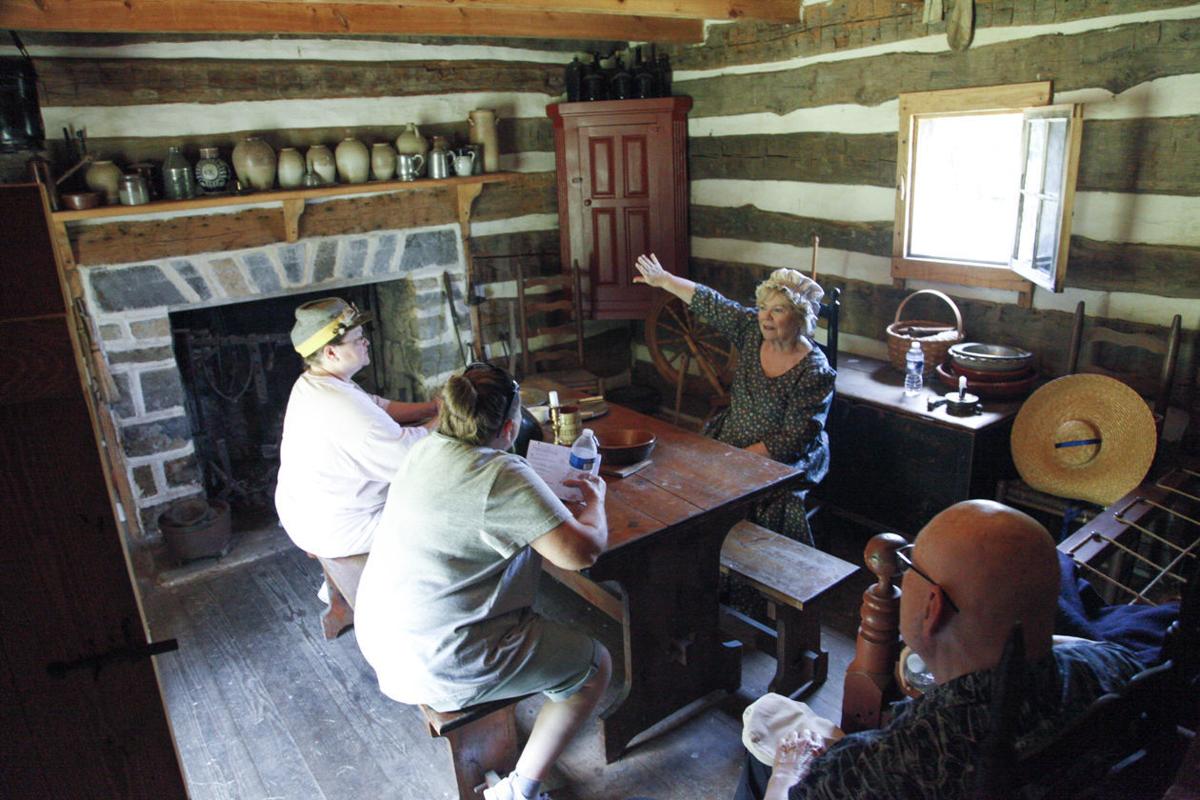 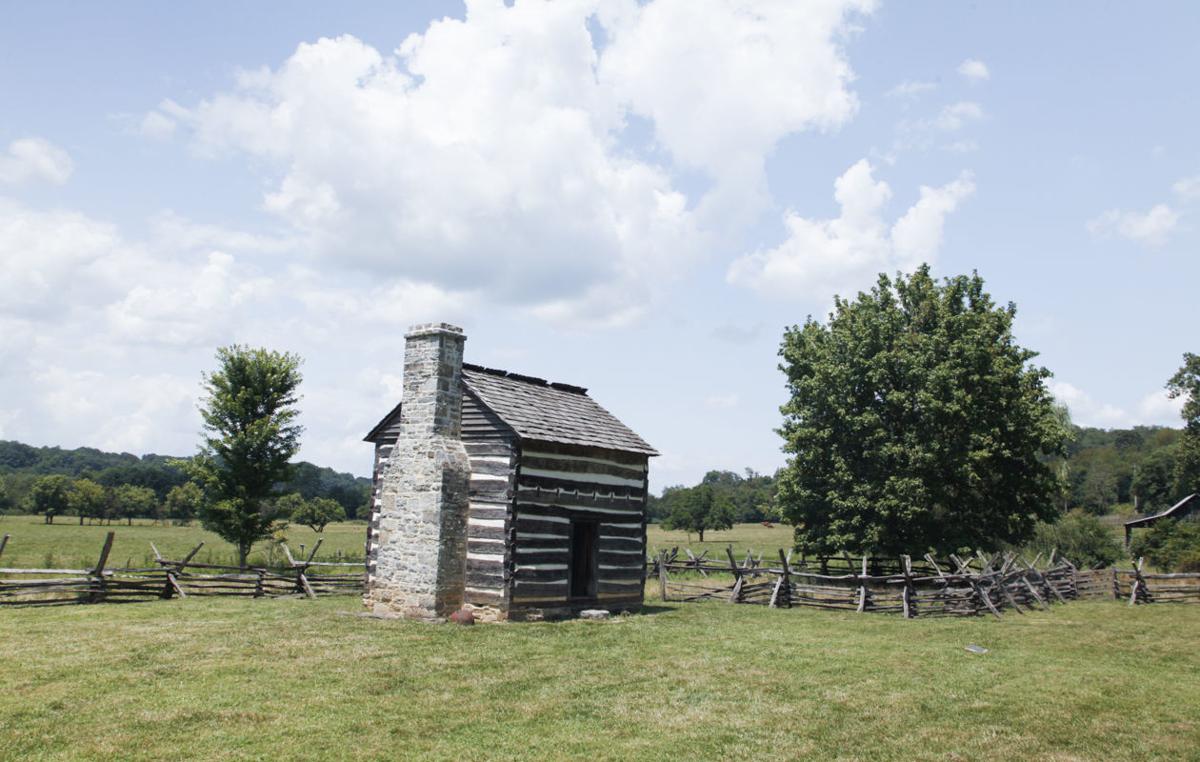 A replica of the cabin belonging to Mary Draper Ingles stands at the farm near Radford owned by her descendant Bud Jeffries. 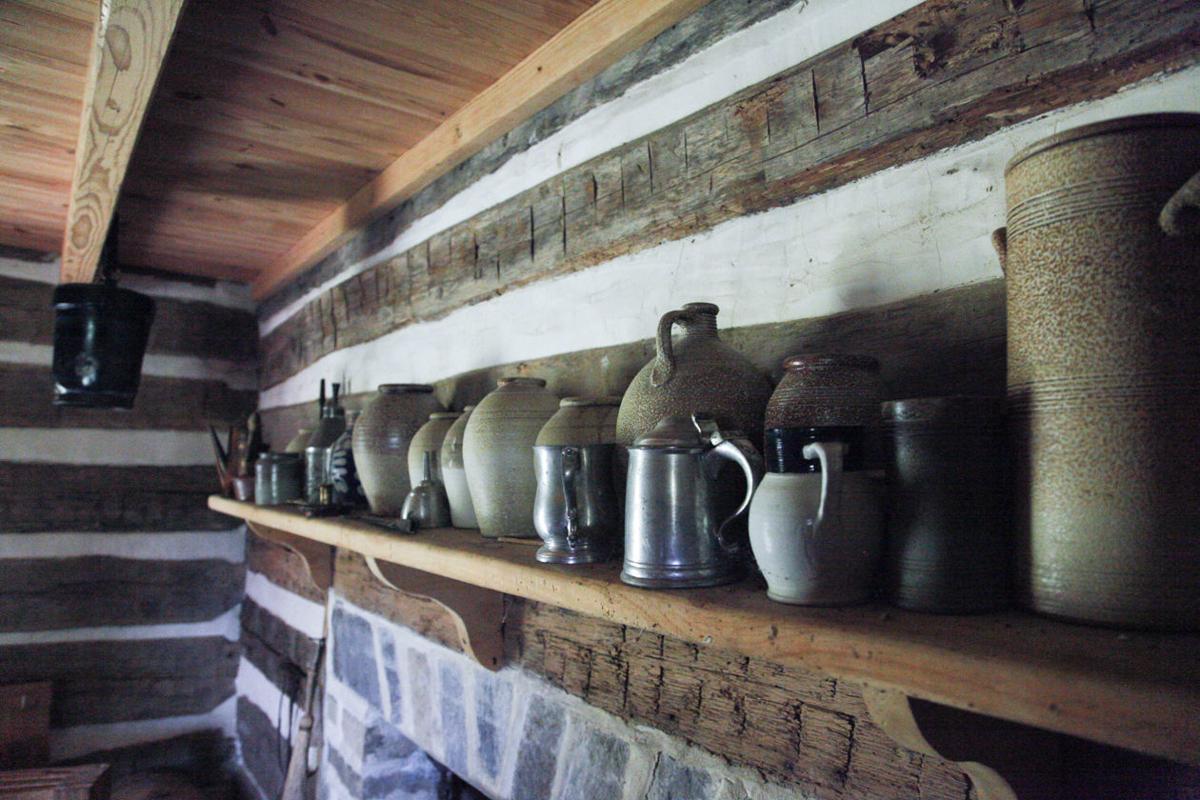 Pots and kettles line the mantle inside a replica of the cabin that belonged to Mary Draper Ingles.

RADFORD — Mary Draper Ingles was determined to escape and return to the New River Valley.

Her legacy is being celebrated this weekend in a series of events at the Ingles Farm in Radford, where she and her husband raised four children after her captivity by Native Americans and arduous return to her home region.

Ingles and her two sons and sister-in law were kidnapped by members of a Shawnee tribe who raided Draper’s Meadow in 1755 amid the French and Indian War. The Virginia Tech campus now occupies the settlement’s site. Ingles’ son, George, died in captivity. Thomas, her other son, was taken north but later returned to Virginia after 14 years in captivity.

After reaching present-day Northern Kentucky, Ingles was forced to make salt for the Shawnee. Along with another woman, known as “the old Dutch woman,” Ingles fled.

“They made an 850-mile journey. You’ll read sometimes that it’s 500 or 600 miles, but that’s how the crow flies,” said Kathleen Harshberger, a local historian and playwright. “They couldn’t swim so they had to walk up and down streams to find places they could wade or walk across.”

The journey was grueling. On multiple occasions, Ingles’ companion tried to kill her, according to Ingles. “She was driven mad by hunger,” said Harshberger.

Ingles eventually escaped from the woman . She crossed the New River and was found in a cornfield near the home of Adam Harman. Ingles later reunited with her husband, William.

The two later established the Ingles Ferry to transport settlers across the New River. The Ingleses had four more children, and lived out their lives on a sprawling cattle farm that played host to tourists this weekend to honor the legacy of Mary Draper Ingles.

On Saturday, farm owner Bud Jeffries, a descendant of the Ingleses, offered lessons on the lives of his family members to dozens of tourists. Harshberger played the role of Mary Draper Ingles, and led history discussions inside a replica of the cabin that served as the Ingles’ home.

History buffs Lori Sexton and Susie Chartrand, of Matoaka, West Virginia, said they were thrilled to make the trek.

“I’ve learned a lot from reading about Mary and her experience,” said Sexton. “There’s just so much history here to explore. And it doesn’t cost you hardly anything. It cost us about half a tank of gas.”

The farm near Radford is listed on the Virginia Landmarks Register and the National Register of Historic Places. Jeffries said he tries to open the farm to public viewing as often as he can to continue sharing the story of his great-great-great-great grandmother.

The Radford Visitor’s Center coordinated this weekend’s events held at the farm, Glencoe Museum in the city and its own public facility. Radford Tourism Director Deb Cooney said the events are meant to give an overview of a special frontierswoman and life in a remote region of Colonial America.

An outdoor play, written by Harshberger and another playwright, Wesley Young, called “Walk to Freedom: The Mary Draper Ingles Story,” will have its third showing Sunday night, and its final showing Aug. 4 on the campus of Radford University.

In October, Ingles and 11 other heroic women will be honored as part of a monument on Virginia’s Capitol Grounds in Richmond.

Sheriff's officials said Halyna Hutchins, director of photography for the movie "Rust," and director Joel Souza were shot. The Santa Fe New Mexican reported Baldwin was seen Thursday outside the sheriff's office in tears, but attempts to get comment from him were unsuccessful.

Ingles Farm on the New River near Radford is owned and operated by Bud Jeffries, a descendant of Mary Draper Ingles.

A replica of the cabin belonging to Mary Draper Ingles stands at the farm near Radford owned by her descendant Bud Jeffries.

Pots and kettles line the mantle inside a replica of the cabin that belonged to Mary Draper Ingles.