In preparing the case against Randy Allen Taylor, the man convicted of abducting and killing Alexis Murphy, Nelson County Commonwealth’s Attorney Anthony Martin said he researched homicides across the nation that did not include a body among the evidence.

A Nelson County jury last week found Taylor guilty of first-degree murder in commission of abduction and abduction with intent to defile in the disappearance of Murphy, 17, who last was seen Aug. 3 at a Lovingston gas station.

Taylor, 48, was convicted Thursday after a six-day trial; the jury has recommended two life sentences. The smallest amount of prison time a judge could hand down is 40 years.

Convinced Murphy’s killer has been brought to justice, Martin said Monday securing a murder conviction when her body has not been found was an issue “always in the back of your mind.”

“But I talked to several attorneys across the United States that did ‘no-body’ homicides,” Martin said in a phone interview. “All of them agreed with us that he [Taylor] has to be punished for what he really did and not be in a position where we have to wait forever” to take him to trial because no body had been found.

The circumstantial evidence speaks for itself that Taylor killed Murphy, Martin said.

A cashier spotted the teen talking with Taylor outside the Liberty gas station about 7 p.m. Aug. 3. Shortly after, she followed his truck north on U.S. 29 in her car and minutes later her cellphone, which family and friends testified she never parted with, went silent near his camper a mile north of the gas station.

Investigators found the smashed phone 11 days later in a briar patch within 100 feet of the camper; a T-shirt with Murphy’s blood and a hair, nail, diamond stud and hair and eyelash extensions linked to her DNA also were found in Taylor’s residence.

Though it was not explained in court exactly what took place, Martin said a “violent struggle” happened on the property that is believed to have resulted in her death. He pointed out not a single family member or friend has received any contact from her in more than nine months, which is out of character for a young woman who never expressed a desire to run away.

“All signs of her life stop 10 minutes after she’s seen leaving the gas station behind him,” Martin said. “We knew whatever happened to her wasn’t good. The more I researched ‘no-body’ homicides it looked like it went in that direction.”

Taylor’s attorney, Michael Hallahan, argued during the trial that investigators were targeting the wrong man. No proof exists a death took place and the evidence was not enough to prove beyond a reasonable doubt that Taylor was responsible for Murphy’s tragic disappearance, Hallahan said in court.

Hallahan did not respond to a request for comment Monday.

During the trial he said it did not make sense that the T-shirt with Murphy’s blood surfaced under a sofa in the camper on Aug. 11, the day Taylor was arrested, when investigators had searched the home at length days prior.

“Her blood was on the shirt and, short of finding her body and putting blood on it, I don’t see how the argument could be made that somebody involved put that shirt anywhere other than Mr. Taylor,” Martin said Monday.

Martin said to the jury Virginia law did not call for a body, a time of death or cause of death to secure a murder conviction.

“I knew it could be done in Virginia, which helped,” he said.

Murder trials in which a body has not been recovered are atypical but happen, University of Virginia law professor Darryl Brown said.

He referred to a website operated by former prosecutor Tad DiBiase, which lists nearly 400 known “no-body” murder trials in the country. Of those, 88 percent resulted in a conviction, the site claims.

The success rate is high because prosecutors only can bring strong cases to court, Brown said.

The challenge is proving the person has died and not disappeared.

“The body is just the ultimate persuasive evidence,” Brown said.

Prosecutors can build a case on circumstantial evidence, such as blood or hair, to try to convince the jury a person has been murdered, the professor said. They may use the victim’s property — such as a cellphone — to link the deceased to a suspect.

Over 90 percent of murder trials without a body involve a male defendant, according to DiBiase. Over half of the victims are female, and 16 percent involved a minor, generally the defendant’s child. DiBiase notes at least 54 percent of cases were classified as domestic violence.

June Harris, an alternate juror who sat in court for five days listening to the extensive testimony, said she would have gone into jury deliberations with the conclusion he was guilty. As an alternate juror, she was not among the dozen who rendered the verdict.

She said she was convinced of his guilt because of the facts of the case Martin presented, the DNA evidence and the “well-documented” testimony of local, state and federal investigators.

“The evidence was there,” she said. “I do believe it was a true verdict.”

Gil Harrington, a friend of the Murphy family, attended the trial in Nelson County Circuit Court and said “Heck yeah” when asked if she thought the right man was convicted in Murphy’s death.

Harrington’s 20-year-old daughter, Morgan, disappeared in October 2009 after attending a concert at the John Paul Jones Area in Charlottesville. Her remains were discovered in early 2010; no suspects have been identified.

Attending Taylor’s trial to support the Murphy family was “the right thing to do,” she said, describing Taylor’s conviction as a “good start.”

“We got one bad guy off the street,” she said. “He’s never going to hurt anybody again, which is paramount.”

She said the Murphy family has put so much energy into the trial and her question is, “now what?”

“They still don’t have her body,” Harrington said. “That’s a primitive need, to have her body and to have a funeral.”

After an emotional outburst from Laura Murphy, Alexis’s mother, in court Thursday shortly after the guilty verdict was read, Taylor no longer wanted to be in the courtroom and waived his right to be there. He darted for the door before he was stopped and taken out by Sheriff David Brooks; he did not return.

Harrington, who observed Taylor closely from her seat, said she felt his core is that person who erupted and left the courtroom, not the reserved man with eyeglasses who kept his composure for the majority of the trial.

“He couldn’t hold it back anymore,” she said. “That is the real him.”

Martin said his office and law enforcement took steps to ensure Taylor was afforded a fair trial in Nelson County, including keeping the search warrants sealed and securing a court-issued gag order to keep parties from speaking about the case. That may have frustrated some people, he said, but “it led to a fair result.”

He said law enforcement has followed up on leads to find Murphy and have held many searches.

“There’s never been a point where we have stopped looking,” Martin said.

Alexis Murphy's family gets some closure with verdict

For almost 10 months, Laura Murphy just wanted to speak with the man accused of abducting her daughter. 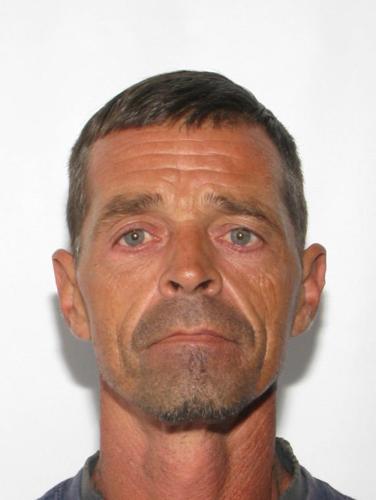 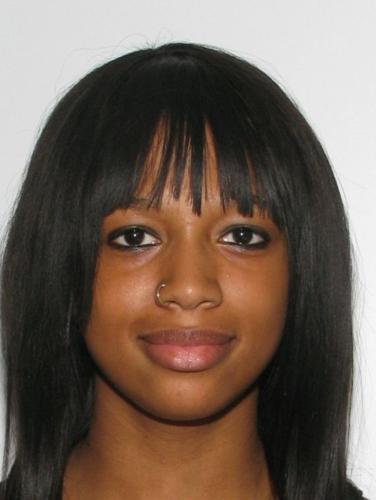