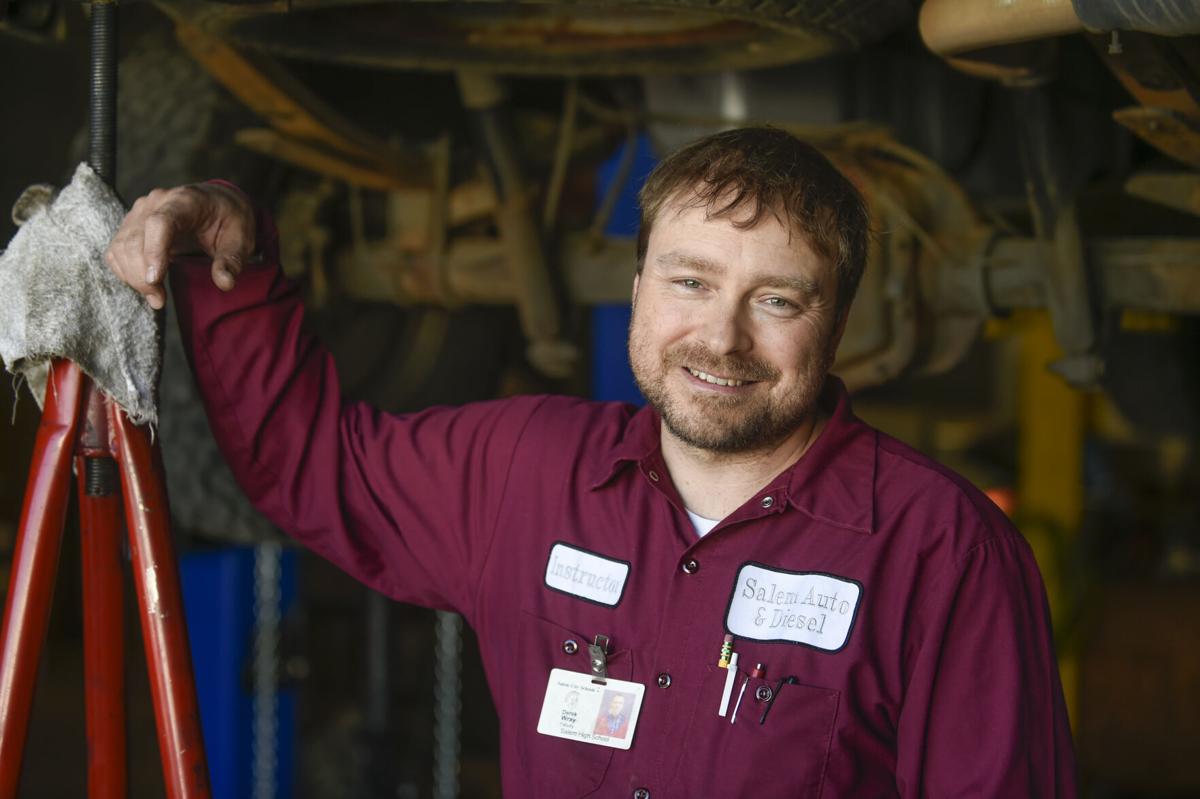 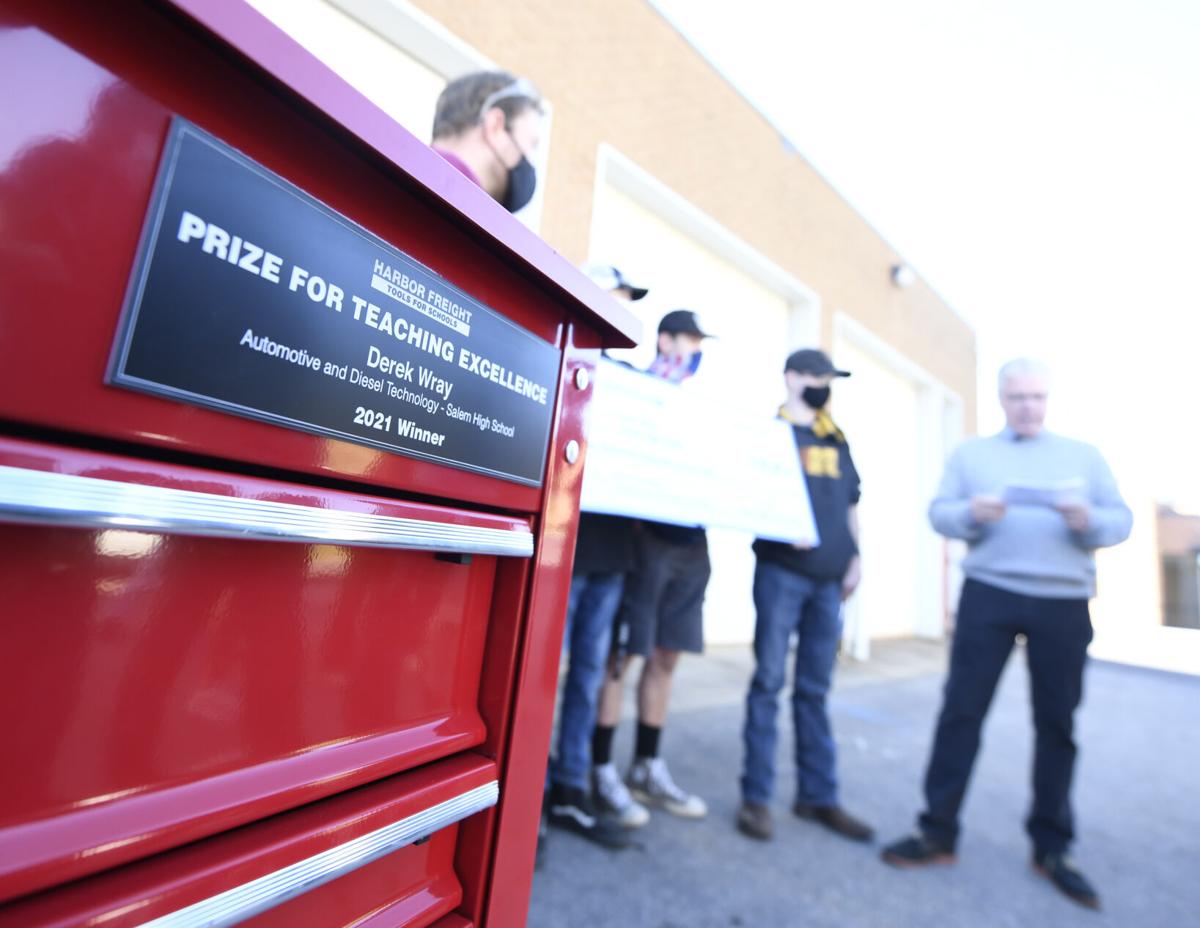 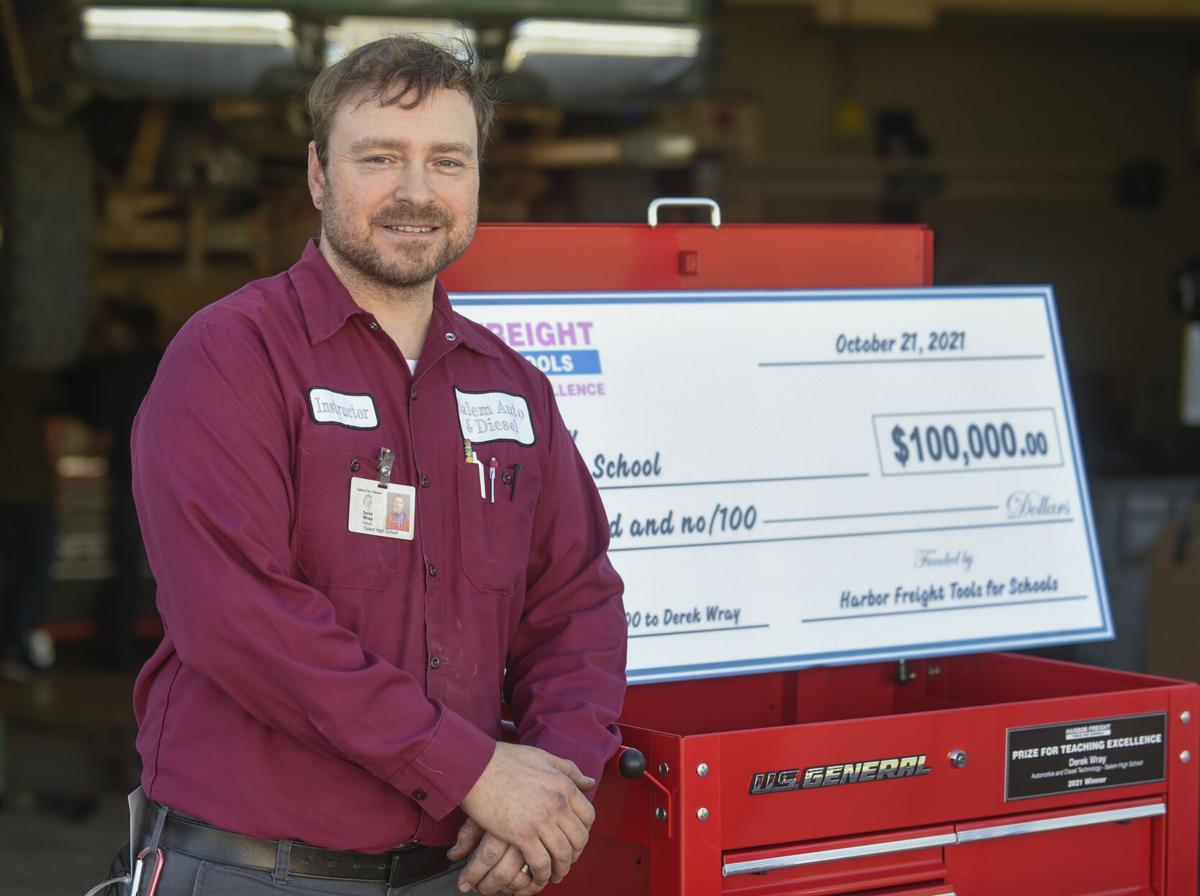 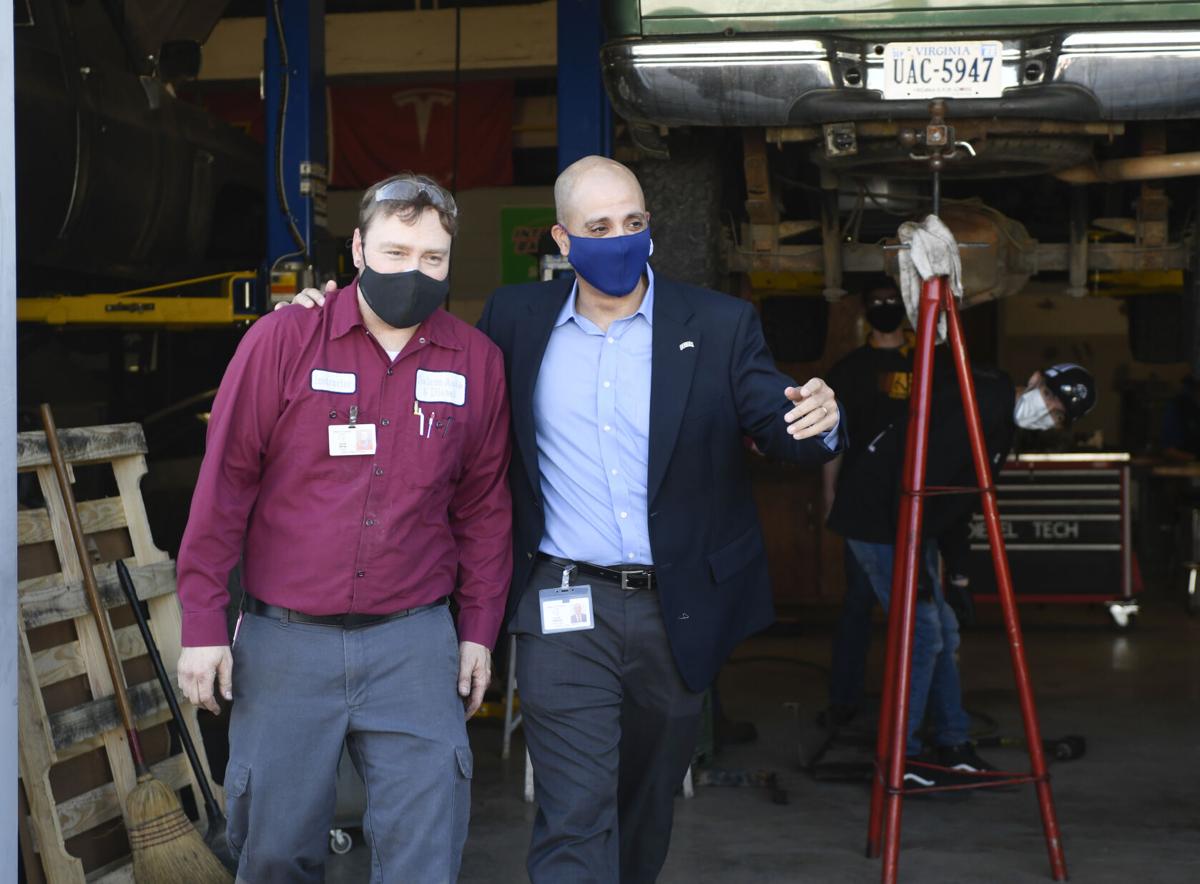 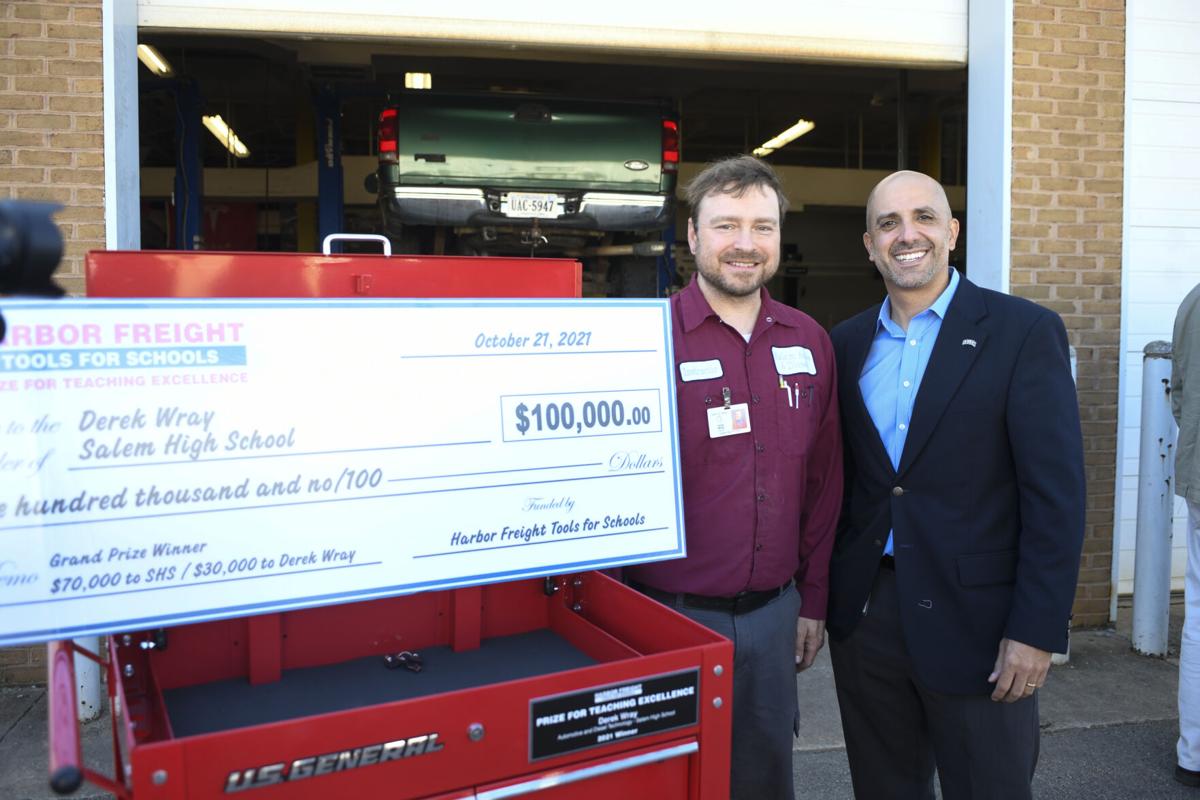 Derek Wray was in shock when he opened the garage doors to his automotive classroom at Salem High School to find out he’d won $100,000 from the Harbor Freight Tools for Schools program.

The program representatives presented an oversized check to the automotive and diesel technology teacher during a surprise ceremony Wednesday morning as part of its Tools for Schools Prize for Teaching Excellence competition.

Wray was one of more than 700 applicants to go after the honor and one of only three in the country to receive the top prize.

He will receive $30,000, with $70,000 being reinvested into the school’s automotive education program.

While Wray said he hasn’t put much thought into what he will do with his share of the money, he has a pretty good idea on how to spend the department’s portion of the funds.

“This is one of the only chances we might have to get an electric car and charging station installed here,” he said following the ceremony. “This is what the industry is going toward. So many manufacturers have pledged to not make fossil fuel vehicles past 2035, so these guys [students] need to know it.”

“He knows what the kids need in the industry,” Hicks said. “He recognizes the trends and where things are headed.”

Before becoming a teacher at Salem, Wray was working as the foreman at an independent repair shop when he received a call from school officials about teaching at the high school. Salem desperately needed an automotive teacher after an unexpected opening came up on the first day of school.

After contemplating the decision with his then boss, Wray decided to take the leap.

“I spoke to my boss about it and we both agreed that I had to take this exciting opportunity, so I did, and it has been so very rewarding in so many ways ever since,” he said in a Harbor Freight news release. “At first I was worried about making less money but I soon came to realize that helping young people shape their future is what I was meant to do.”

Wray, who has taught at Salem for the last 17 years, said he has roughly 100 students in all of his classes, and about one-third of them pursue careers in the automotive industry, either furthering their education at a trade school, or joining the workforce right after graduating.

“I have guys from local dealerships come to me and say they’ll hire students right after graduation, or they can further their education. But they [employers] will train them as well,” he said.

His students commended Wray’s approach to teaching, which they described as a mix of instructional learning and lessons on life.

“He’s been one of my biggest influences. Every day that I come to school, he’s always pushing us to work harder and to do better,” Salem High School senior Jayden Hart said. “He’s so down to earth it’s unbelievable. One thing I’ve really gotten from him is to never take anything for granted.”

Hart said he started off in the program without any idea what he wanted to do with his life, but now he will be attending UTI NASCAR Tech School in Mooresville, North Carolina, next year, in large part because of Wray’s instruction and mentorship.

Wray said the students are the real winners in all of this.

“They are what makes it so great,” he said. “They excel so much in competitions and all the things we do. They are the ones that make us look great.”

UPDATE 4PM, 1/16/2022: The sleet portion of the winter storm arrived pretty much on time, the changeover sweeping north over the Roanoke and N…

The two women stayed outside during the home invasion, then tried to help two men who were shot, a prosecutor said.

The wintery mix falling over the city was forecast to stop overnight. But authorities urged people to keep off the roads Monday if possible.

Wrongful death lawsuit against the Salem VA settled for $550,000

Richard Keith Linkous died of septic shock after a pacemaker he received at the hospital protruded from his chest.

This beautiful and personal Michelangelo piece has finally been restored