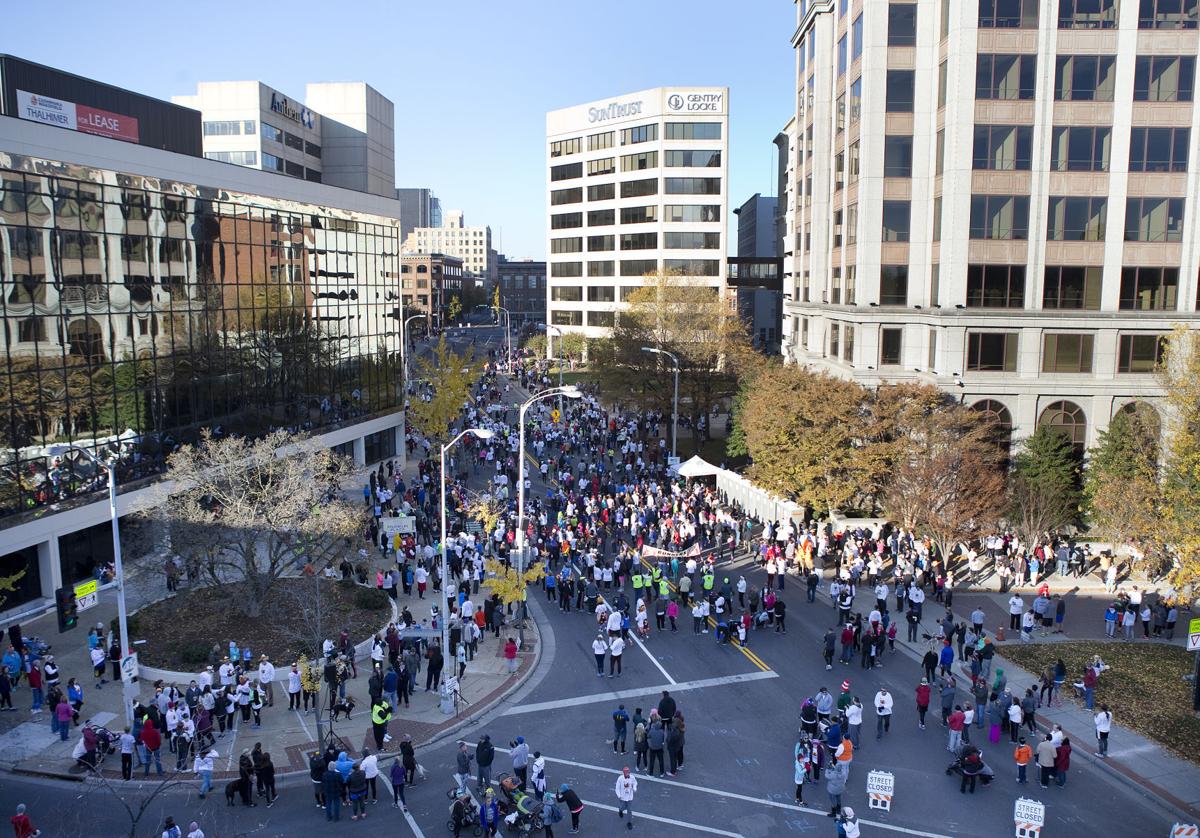 Runners and walkers convene at the start of the 12th annual Union Bank and Trust Drumstick Dash 5K Race and Family Walk on Thanksgiving day, Nov. 23, 2017. 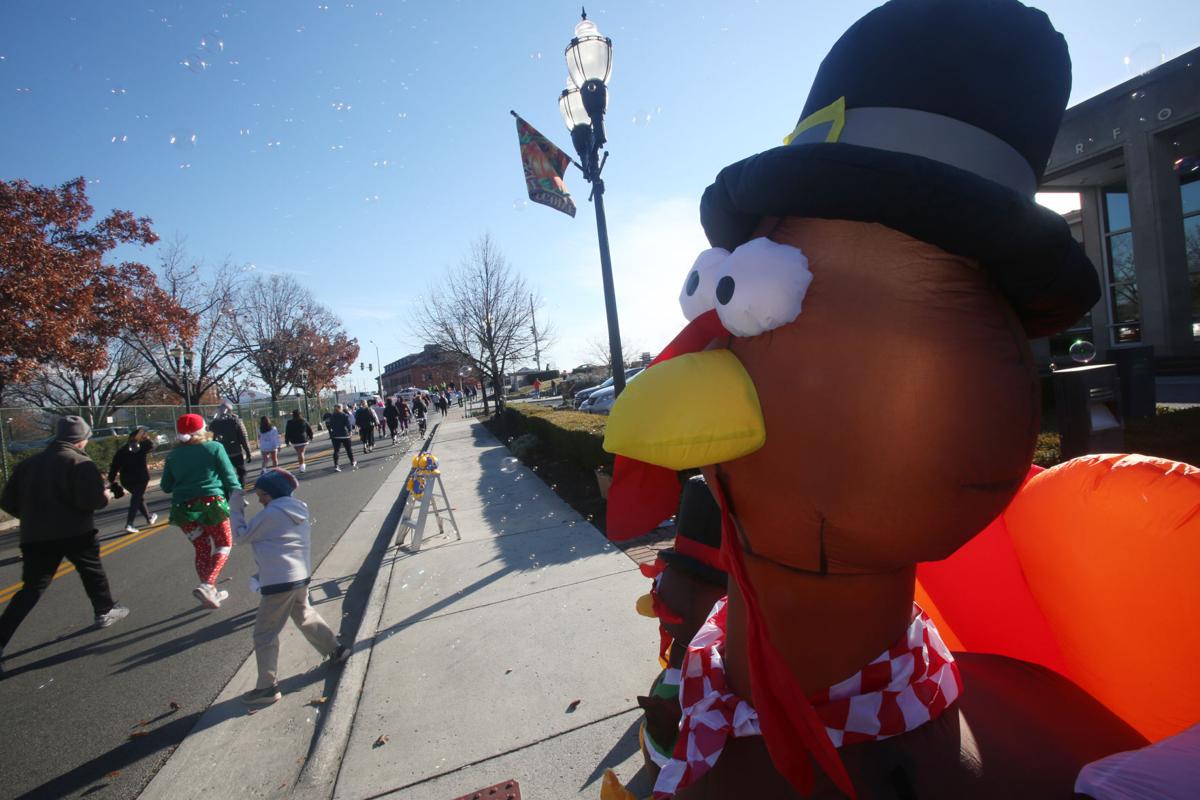 A inflatable turkey watches over participants in the 2019 Drumstick Dash 5K Race and Family Walk in downtown Roanoke. 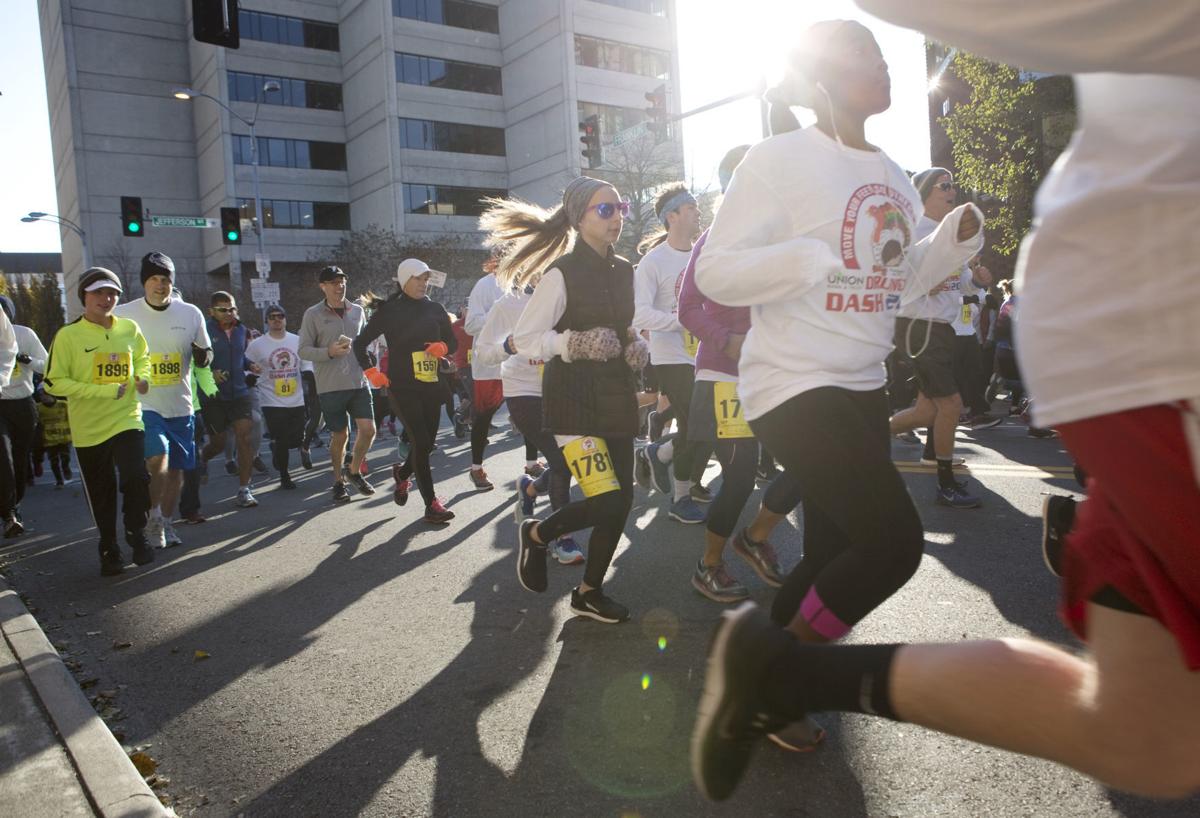 Thursday’s Atlantic Union Drumstick Dash has been rerouted because there are not enough police officers to staff the regular downtown Roanoke course.

The new race route will use greenways and areas around River’s Edge to avoid intersections. The new starting line will be on Wiley Drive in River’s Edge Park.

Police officers have been posted at every traffic light and major intersection as runners and walkers took part in the popular Thanksgiving Day 5K event downtown. But the Roanoke Police Department has too few officers available to oversee safety for the traditional course of the holiday race, according to a statement from Drumstick Dash organizers.

Police officer shortages have been experienced locally and nationwide for the past few years. The International Association of Chiefs of Police in 2019 described it as a recruitment crisis because of the shrinking pool of applicants.

Typically, the Drumstick Dash requires a minimum of 13 officers, and ideally 15 to 18. The city’s police department currently has 45 regular officer positions that are vacant, spokesperson Caitlyn Cline said in an email.

Cline said the police department reached out to neighboring jurisdictions to find additional personnel for the event, but the response was still not enough to host the race downtown.

“We are extremely glad that the Drumstick Dash was able to move to River’s Edge Park and that runners will now get to experience the beautiful greenways of Roanoke, while keeping the event as safe as possible for everyone involved,” Cline said.

The Drumstick Dash will start 8 a.m. Thursday. It typically attracts thousand of registered participants, and is held as a fundraiser for the Rescue Mission of Roanoke.

“Our team is working diligently to set up this course with a level of excitement and fun that the Atlantic Union Drumstick Dash is known for,” organizers said in a statement.

Last year’s Dash was also altered by being staged virtually during the ongoing COVID-19 pandemic.

Officers have been leaving the force, and the pool of recruits has been shrinking, against a backdrop of intense debate about policing in America as well as pandemic stress and concerns about low pay for a high-demand job.

Runners and walkers convene at the start of the 12th annual Union Bank and Trust Drumstick Dash 5K Race and Family Walk on Thanksgiving day, Nov. 23, 2017.

A inflatable turkey watches over participants in the 2019 Drumstick Dash 5K Race and Family Walk in downtown Roanoke.