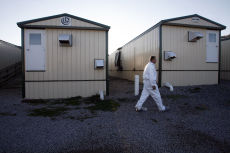 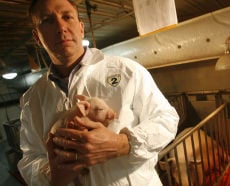 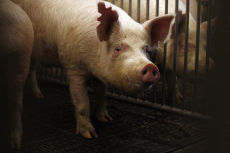 A research pig in a facility in Montgomery County may hold the secret to a cure for one form of diabetes. Doctors have harvested insulin-producing cells from genetically modified pigs and used them to successfully treat diabetic monkeys.

Doctors at the University of Maryland Medical Center made international news after completing the first successful heart transplant between a pig and a human last week. David Bennett, a 57-year-old Maryland resident, received a heart from a genetically modified pig, which was raised by Blacksburg company Revivicor.

Revivicor, located in the Virginia Tech Corporate Research Center, focuses on the science of xenotransplantation, or transplanting organs between different species. The company specifically focuses on altering the DNA of pigs to successfully transplant hearts, kidneys and lungs into human patients.

The surgery in Maryland marked the first successful heart transplant between a pig and a human. Bennett received an emergency authorization for the surgery through the Food and Drug Administration’s “compassionate access” provision, which allows patients with no other options to receive treatments not yet approved for the wider public.

So far, the heart seems to be working well and Bennett’s body has not rejected the organ. David Ayares, Revivicor’s chief scientific officer, said over the next few months, researchers and doctors will continue to monitor Bennett as he takes immunosuppressants, required for anyone who receives an organ transplant, and watch for signs of rejection.

“We’re really happy with how this patient is doing,” Ayares said. “The organ is life supporting, and it’s doing its job.”

The pig, which was raised on Revivicor’s farm near Blacksburg, was genetically altered to make it more compatible with the human body.

Ayares said researchers started years ago by creating the genetic modifications in a laboratory petri dish. Then, they were able to take that cell and use it to clone the pigs. Once established, the genetic line has been used to breed the pigs with those specific modifications.

Researchers first inactivated the alpha-gal gene, which produces carbohydrates in the pigs. Humans have natural antibodies against that specific sugar, which would cause the body to reject an organ from a pig.

Revivicor also added six human genes that would help prevent rejection. Another added gene slows the growth rate and reduces the size of the heart to make it compatible for humans.

Over the years, Revivicor scientists have tested these modifications in baboons, which have the same natural antibodies against the alpha-gal gene as humans, making those primates a good model to test rejection and transplantation responses.

“It’s not without challenges,” Ayares said. “We’ve been trying to get here all this time.”

Revivicor began as the U.S. subsidiary of a Scottish company, PPL Therapeutics, which famously cloned Dolly the sheep in 1996. PPL Therapeutics purchased TransPharm, a Blacksburg company working to produce human therapeutic proteins in cows, in the early 1990s.

In 2003, Revivicor spun out as a standalone company to focus on research into genetically-modified pigs and xenotransplantation. In 2011, it was acquired by United Therapeutics, which focuses on lung therapies to treat people with pulmonary hypertension and other diseases, and also to overcome the organ shortage crisis.

There are currently more than 100,000 people waiting for organ transplants in the United States. According to the federal Health Resources and Services Administration, 17 people die daily while awaiting transplants.

Last year was the first time the annual total of transplants exceeded 40,000 and the United States saw an increase of about 6% in the number of transplants performed.

The mission of Revivicor and United Therapies is to achieve an unlimited supply of organs. Ayares said there are many people whose quality of life would drastically improve with a transplant — yet they are not experiencing a life-threatening illness and cannot access the waiting list.

“I think having an unlimited supply is really going to be world-changing,” Ayares said.

He said the emergency use authorization for the surgery last week was an important step for the company and researchers are learning more every day since the operation. But the success of the surgery has not changed Revivicor’s path.

A Blacksburg medical company says it is a step closer to finding a potential cure for one form of diabetes, tapping pigs as a source of health…

In 1st, US surgeons transplant pig heart into human patient

In a medical first, doctors transplanted a pig heart into a patient in a last-ditch effort to save his life and a Maryland hospital said Monday that he's doing well three days after the highly experimental surgery.

Scientists temporarily attached a pig's kidney to a human body and watched it begin to work. What's it mean for life-saving transplants?

A research pig in a facility in Montgomery County may hold the secret to a cure for one form of diabetes. Doctors have harvested insulin-producing cells from genetically modified pigs and used them to successfully treat diabetic monkeys.