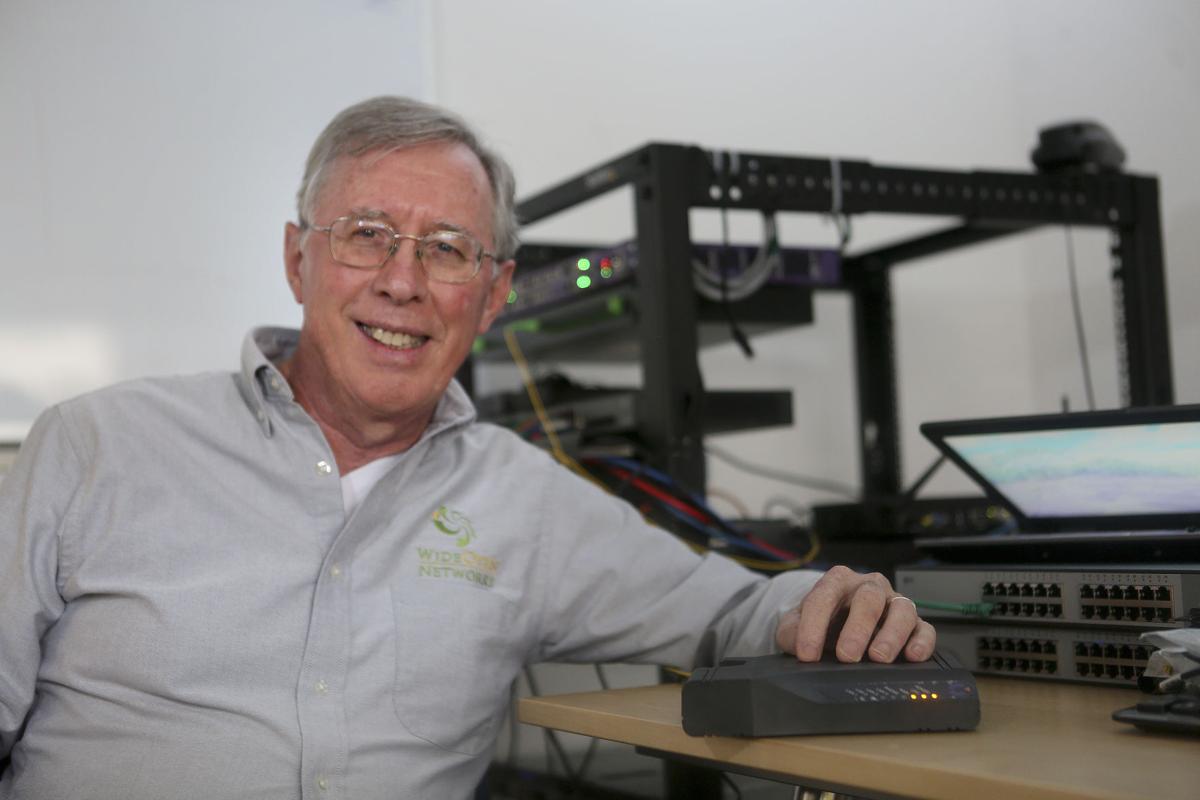 Andrew Cohill of WideOpen Blacksburg is in the process of building a gigabit fiber cable network in Blacksburg as Comcast and Shentel increase their footprints. 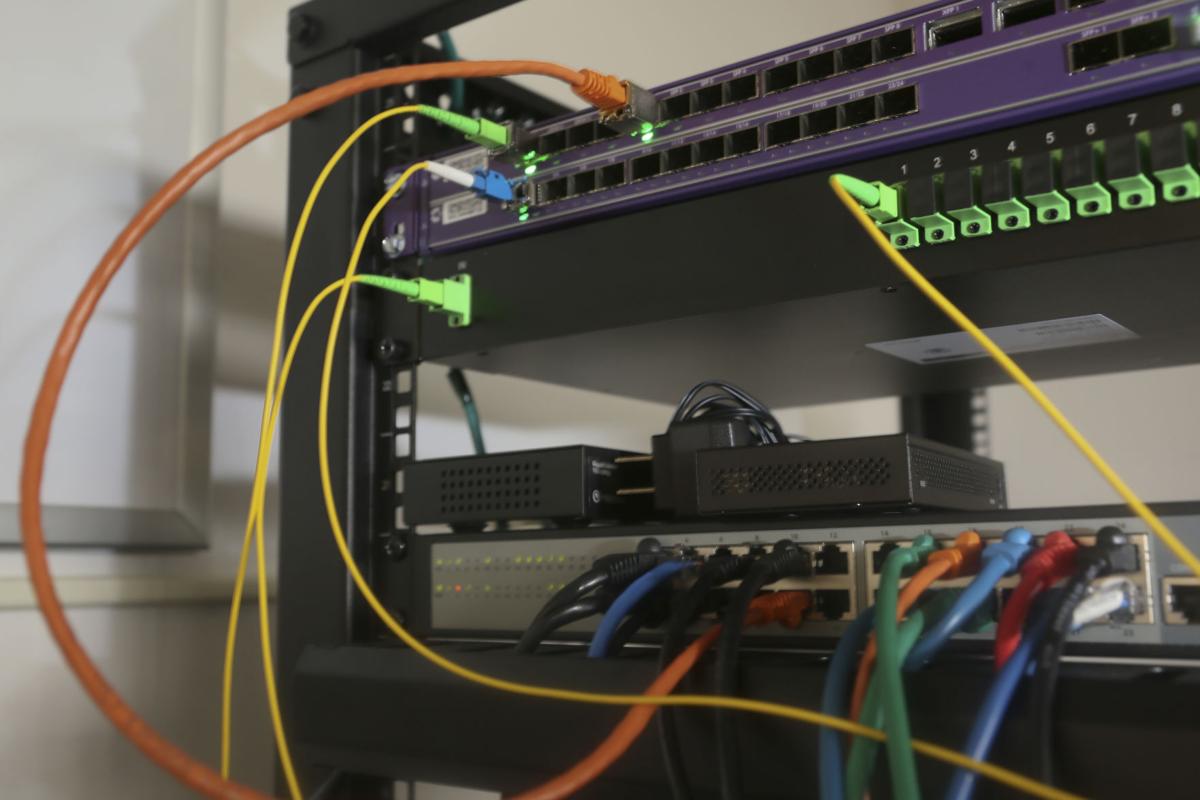 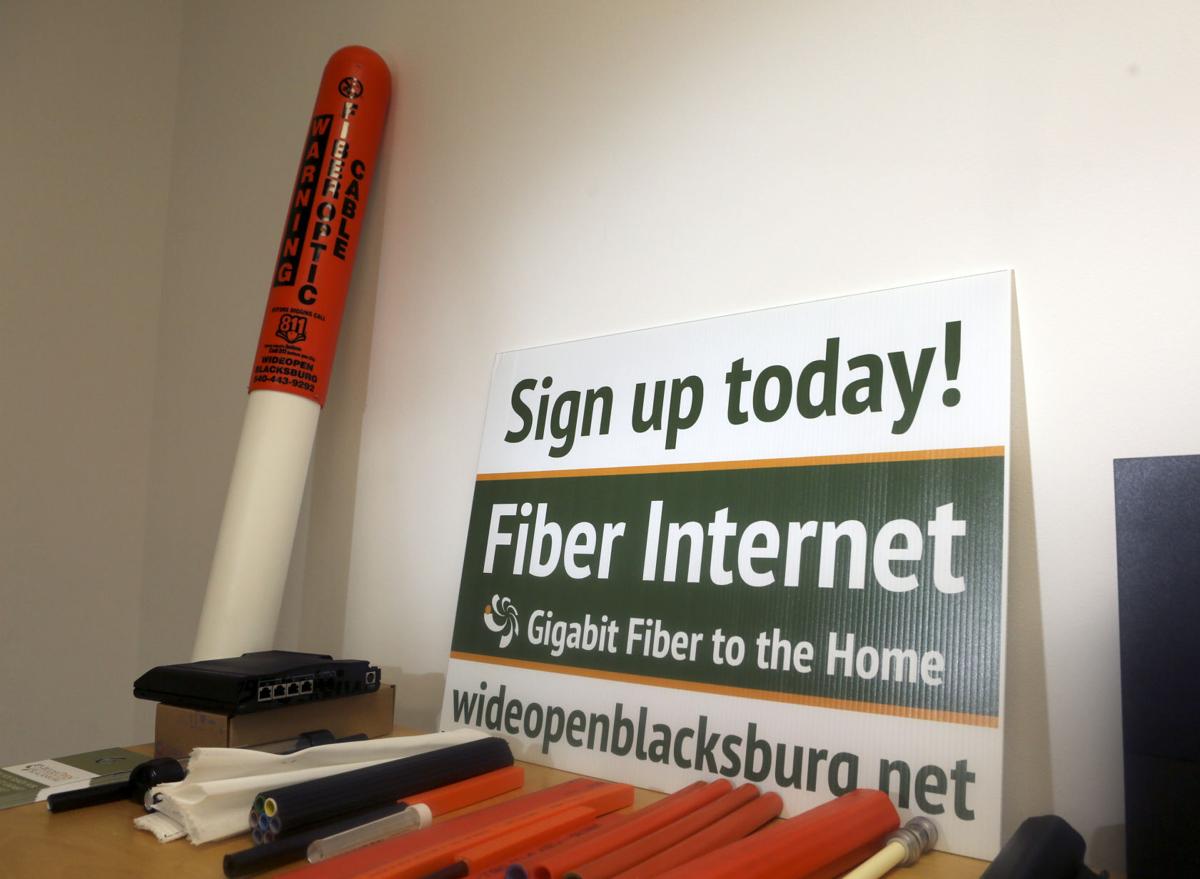 WideOpen Blacksburg has announced the installation of a fiber optic cable backbone.

BLACKSBURG — Choices for internet in town are rapidly changing.

WideOpen Blacksburg, the product of a company based at the Virginia Tech Corporate Research Center, plans to deploy approximately 40 miles of fiber over the next year that will be capable of servicing up to roughly 8,000 homes in neighborhoods off North and South Main Street.

The fiber, already available to 80 customers in the Indian Run and Deer Run neighborhoods just outside of Blacksburg, allows residents to tap into top tier internet speeds that are not available to every home across the region.

The ongoing COVID-19 pandemic has raised the need for more reliable internet service as many people have switched to working from home, said Andrew Cohill, the president and CEO of WideOpen Networks Inc.

Fiber brings much more reliable upload speeds, which are key when it comes to activities such as doing schoolwork from home and videoconferencing, Cohill said. The material allows for “symmetric upload speeds,” when the downloading and uploading rates match, he said. That often isn’t the case with the traditional cable-based internet, he said.

The development at WideOpen comes as Shentel and Comcast are growing their footprints in the New River Valley.

The Blacksburg Town Council is slated later this month to issue a decision on a cable franchise to Shentel, which has been the dominant provider for Blacksburg neighbors Christiansburg and Radford. The franchise would allow Shentel to break into Blacksburg’s home market.

Meanwhile, Blacksburg’s leading provider Comcast has been gradually expanding into Christiansburg, where installation work, for example, has been visible in the town’s fast growing Peppers Ferry Road area.

Comcast is already available to just under a quarter of Christiansburg residences, according to www.broadbandnow.com, a site that tracks and lists available speeds and providers in communities across the country.

Cohill voices no uneasiness about the moves being made by the region’s leading providers.

“I think competition is a wonderful thing,” he said.

In fact, Cohill said, his company can work with Shentel and Comcast. He said WideOpen is not a provider, as it’s Blacksburg-based Biz Net Technologies that currently furnishes the internet service. WideOpen, he said, installs the fiber.

Four providers operate on a network that WideOpen installed in Bozeman, Montana, Cohill said. Comcast and Shentel are each welcomed to use WideOpen’s network in Blacksburg and Christiansburg, he said.

The technology for providing internet has made it easier for multiple companies to function in a market, hence the recent developments, Cohill said.

Kristie Fox, a Comcast spokeswoman, said her company wouldn’t comment on using WideOpen’s network. In direct response to Shentel’s plans for Blacksburg, she did say last month that her company frequently competes with other firms and touted Comcast’s products.

“We have invested to make broadband widely available for decades, including in Blacksburg, Virginia —where gigabit speeds have been available since 2017,” Fox wrote in an email.

A Shentel spokesman couldn’t be reached for comment for this story.

WideOpen Blacksburg launched in 2015 and soon raised the funds needed for its buildout. That service, Cohill said, went live in June 2017.

WideOpen Networks, which WideOpen Blacksburg is a part of, has nine other networks in Virginia, Montana and New Hampshire, Cohill said. The company by 2021 plans to start three more community projects in Virginia and North Carolina, he said.

Cohill said he relies on community surveys to determine which neighborhoods are showing demand for the service.

Cohill said he has long tried to bring attention to allowing people to be able to work from home with a top notch service.

“I’ve been saying neighborhoods are going to become business districts,” he said. “And people said ‘Cohill, he’s kind of a nutcase.’ ”

Cohill said he began expressing those points when he was executive director of the now defunct Blacksburg Electronic Village, a Virginia Tech-originated system that ended up becoming the town’s first internet services provider back in the 1990s.

Others in the area are echoing the call to significantly improve connectivity at home and voice backing for the recent plans announced by WideOpen and the region’s leading providers.

“I think we should look for any and all opportunities to expand fiber in town and in our neighborhoods,” said Blacksburg Councilman John Bush, who also works at Virginia Tech. “I think the pandemic has certainly focused our attention on that necessity.”

Being a Tech employee, Bush said he’s done a great deal of work from home since the pandemic reached the region several months ago. During that period, he said he had to upgrade his internet speeds so that he and his wife could work from home effectively.

“We needed faster speeds because we were both online at roughly the same time,” Bush said.

While not strictly seeking fiber, Montgomery County is currently in the midst of trying to expand broadband in pockets that still have little to no access to high-speed internet.

Montgomery Supervisor Mary Biggs said she knows connectivity has been an issue in the Brush Mountain area, which falls in her district. She said she knows of several Tech employees in part of the county.

“We always knew there was an issue, but the COVID-19 pandemic really brought it to a head,” she said.

A tractor-trailer crash on Interstate 81 had closed all southbound lanes Wednesday night near mile marker 133 in Roanoke County.

Travis Hackworth beat five other candidates in a firehouse primary Thursday to secure the Republican nomination for the vacant state Senate seat in the 38th District. He will now enter the March 23 special election against presumptive Democratic nominee Laurie Buchwald.

In total, 6,000 people will be vaccinated by the end of the weekend through mass vaccination events in the Roanoke Valley.

Andrew Cohill of WideOpen Blacksburg is in the process of building a gigabit fiber cable network in Blacksburg as Comcast and Shentel increase their footprints.

WideOpen Blacksburg has announced the installation of a fiber optic cable backbone.