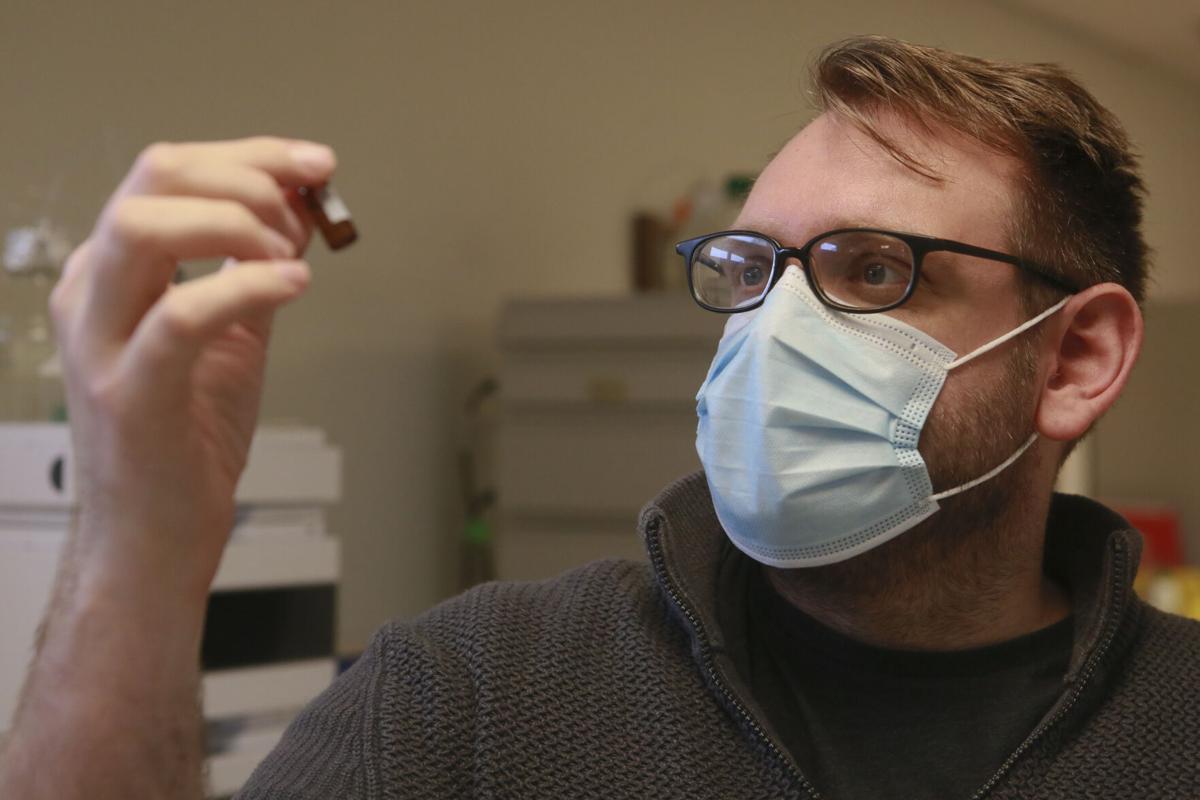 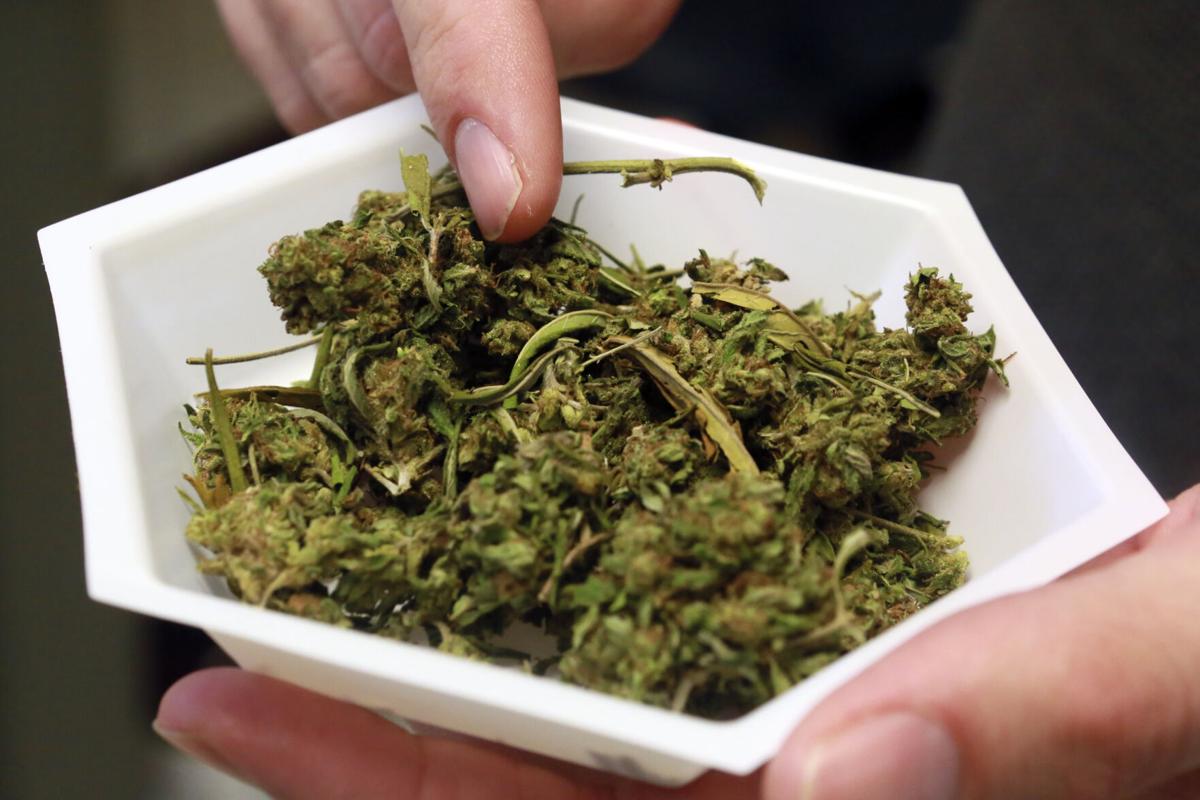 Cannabis is ground into a fine powder before being liquefied and tested in the ECC Test Lab. 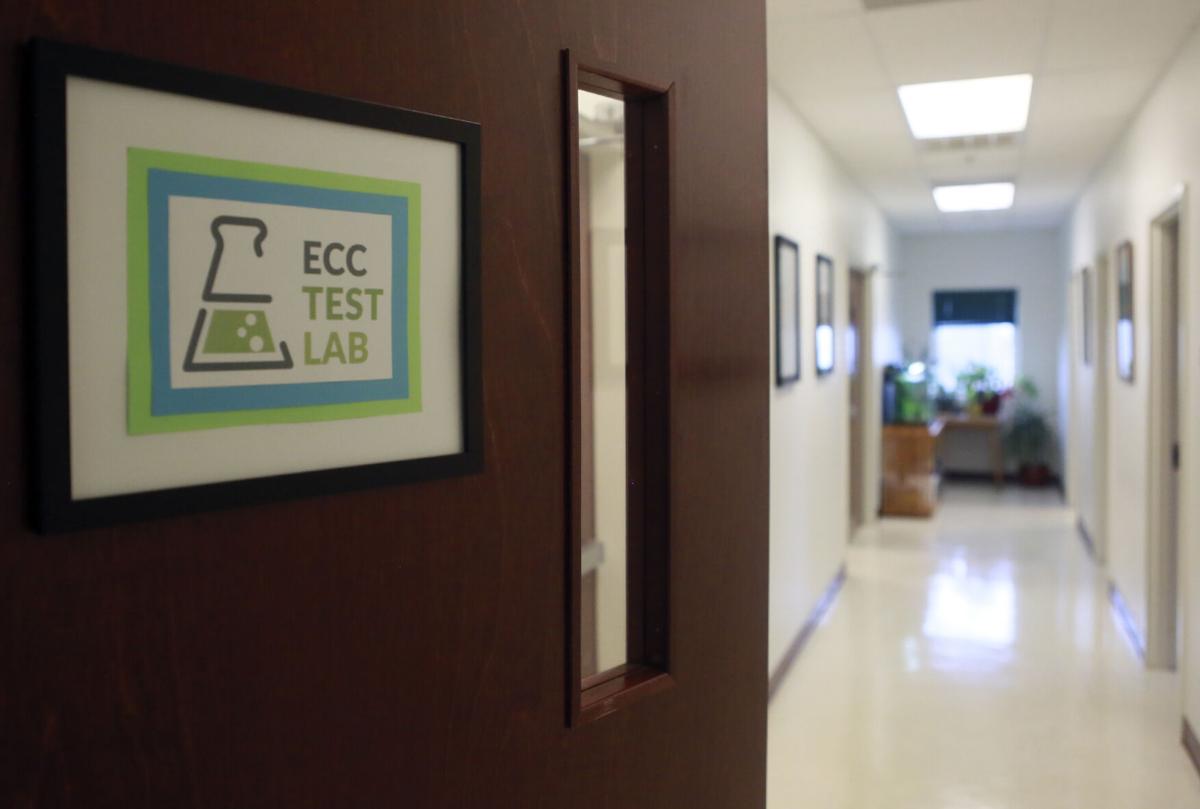 ECC Test Lab is located in the Blacksburg Industrial Park. 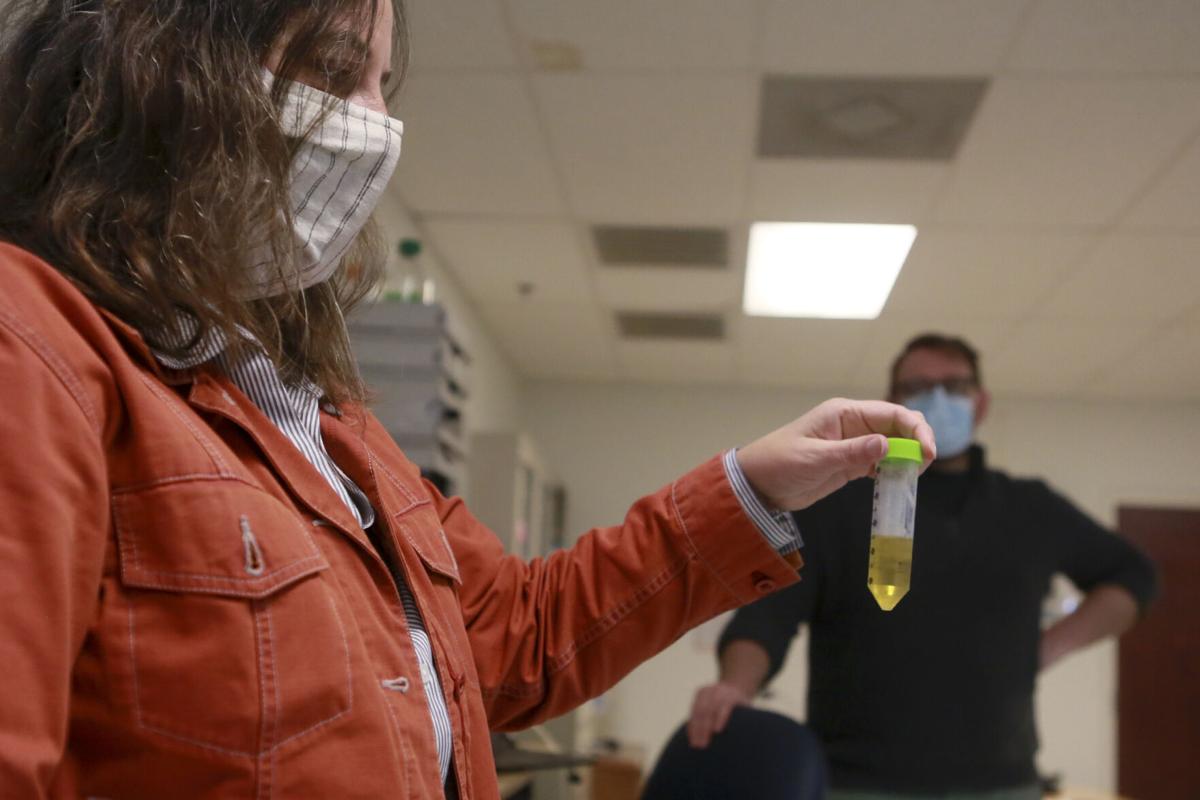 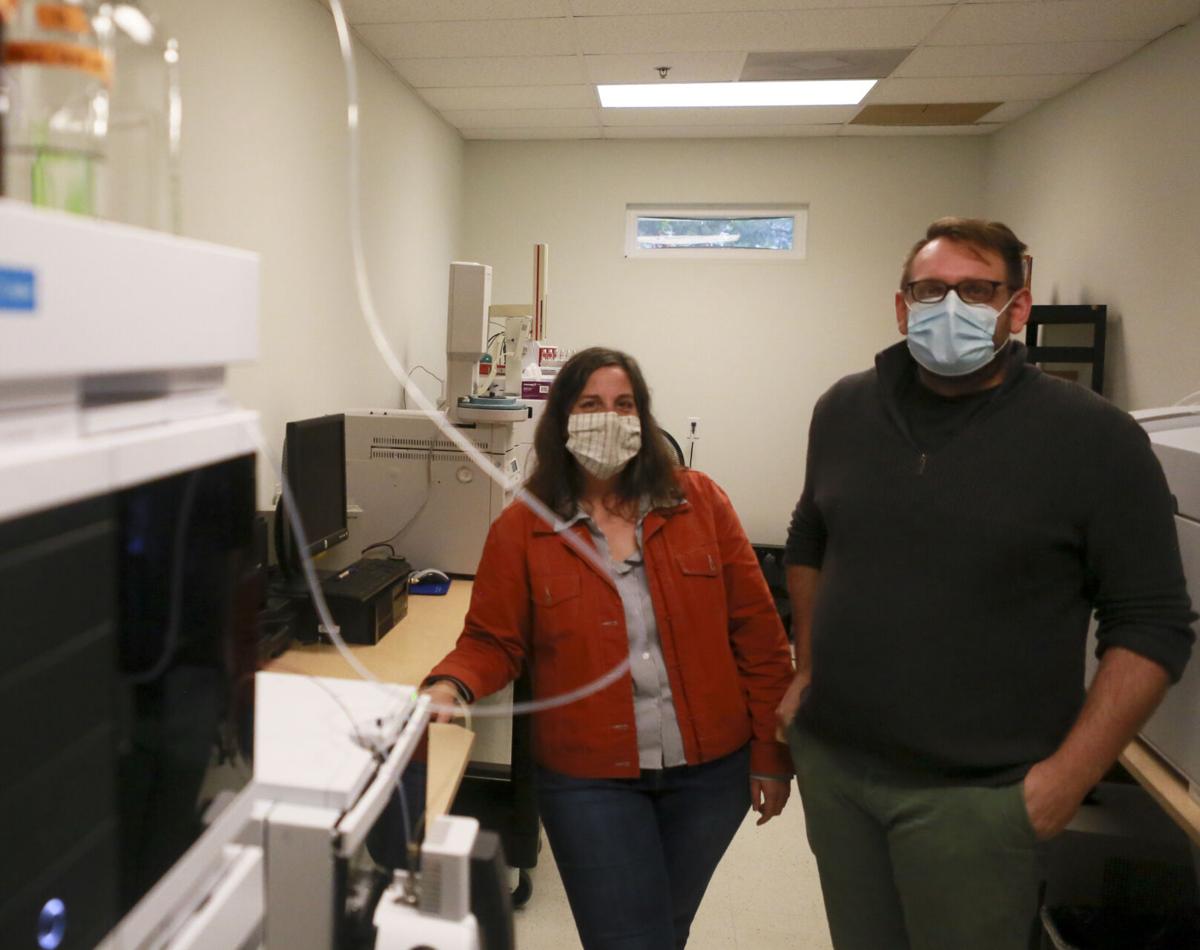 BLACKSBURG — Rebecca Hobden walked toward the rear of her lab and returned with a ziplock bag of hemp.

The crop and its derivatives are what she and her staff analyze on a regular basis at the ECC Test Lab in the Blacksburg Industrial Park.

Hobden is the CEO and founder of ECC (East Coast Cannalytics), which first launched more than a year ago out of a sub-leased space at the Virginia Tech Corporate Research Center.

ECC has since grown its staff to three full-time and one part-time, and in January moved just across South Main Street to another facility at the industrial park. The company now works out of an approximately 2,400-square-foot lab — a space more than four times the size of its first home.

Hobden, a chemical engineer with a background in renewable energy, recalled her reasons for starting the operation.

“I was interested in entering this high-growth market,” she said. “The need for a testing lab has become very apparent.”

ECC is one of many firms seeking to gain footing in an industry that is rapidly growing and legally evolving in Virginia and other parts of the country.

The federal government legalized industrial hemp in late 2018 — as long it has a tetrahydrocannabinol, or THC, level of no more than .3% — and regulations at the state level have since followed.

Citing data from the Virginia Department of Agriculture and Consumer Services, The Roanoke Times reported in July of 2019 that the state had 161 registered industrial hemp processors and 36 dealers.

Virginia, as of this past week, has 195 registered processors and 143 registered dealers, according to VDACS data.

Hobden said the testing work is just as important as the production as farmers and processors need to know about the level of the components and even contaminants in the crop.

In the ECC lab are several machines that Hobden and her staff use to look for hemp components such as THC and cannabidiol, the latter of which has substantial demand among consumers.

THC is the intoxicant in marijuana that produces the psychoactive effects. The component exists in hemp, too, but at much lower amounts than its relative.

Processors, however, seek as much cannabidiol, or CBD, potency as possible, Hobden said.

ECC also tests for contaminants such as pesticide and mycotoxins, or toxins produced by fungus.

The tested data is rendered to a computer, where a chart shows the levels of each component. When testing is complete, the lab issues a certificate of analysis, Hobden said.

In addition to the hemp crop itself, ECC currently tests so-called intermediates and finished products. An intermediate is the concentrated component after its extraction from the crop and is ultimately added to the product to be consumed.

Processors, Hobden said, extract components such as CBD and then either sell it or use it for a finished product. The extract is used in products such as oils, lotions, edibles and coffee, among other things.

While research is ongoing, CBD has been reported to aid with ailments such as pain, stress and nausea.

ECC usually does work for 400 to 500 clients throughout the year, Hobden said.

The lab last year primarily worked with farmers growing and providing the hemp, or biomass, Hobden said. The facility now serves more processors, who still include farmers, she said.

“The first lab was really getting a feel for the industry, working with farmers and growers,” she said.

The four Republicans representing Virginia in the House of Representatives, two from the Roanoke Valley, voted against the second impeachment of President Donald Trump.

Cannabis is ground into a fine powder before being liquefied and tested in the ECC Test Lab.

ECC Test Lab is located in the Blacksburg Industrial Park.