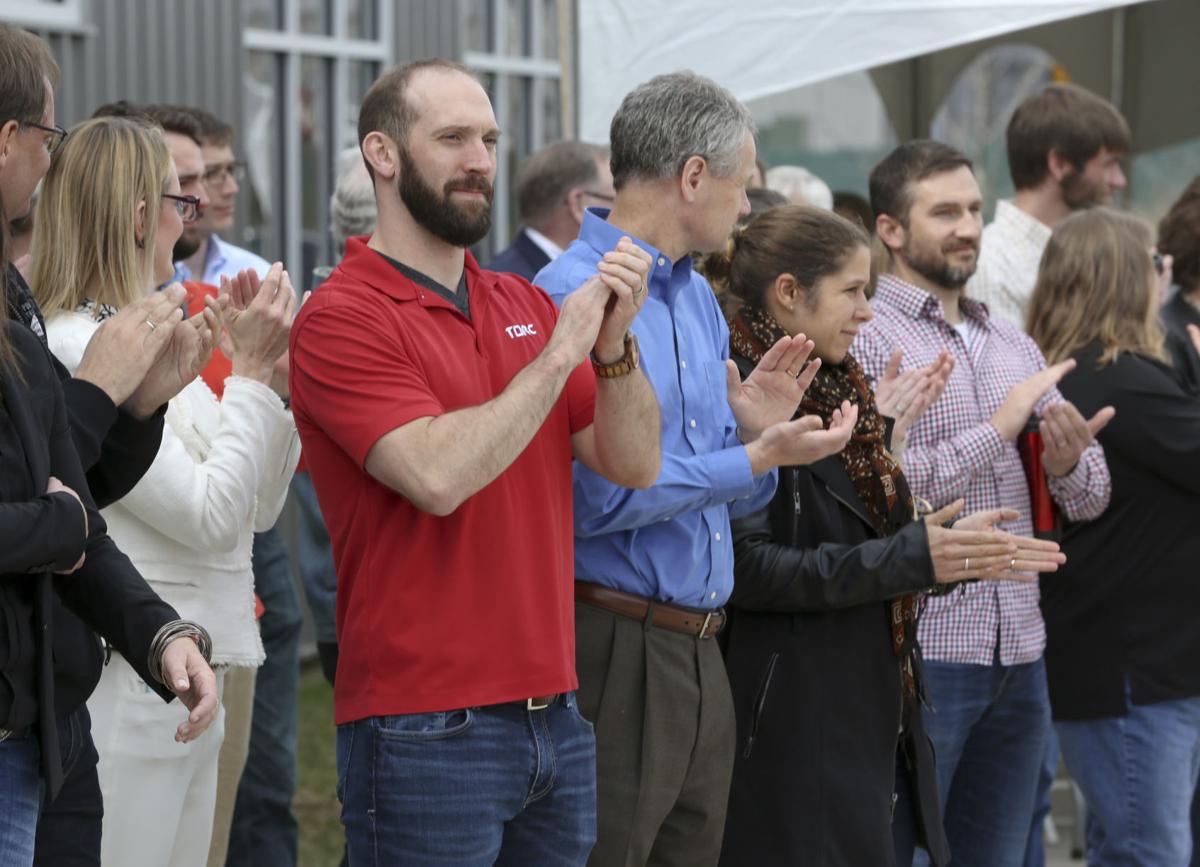 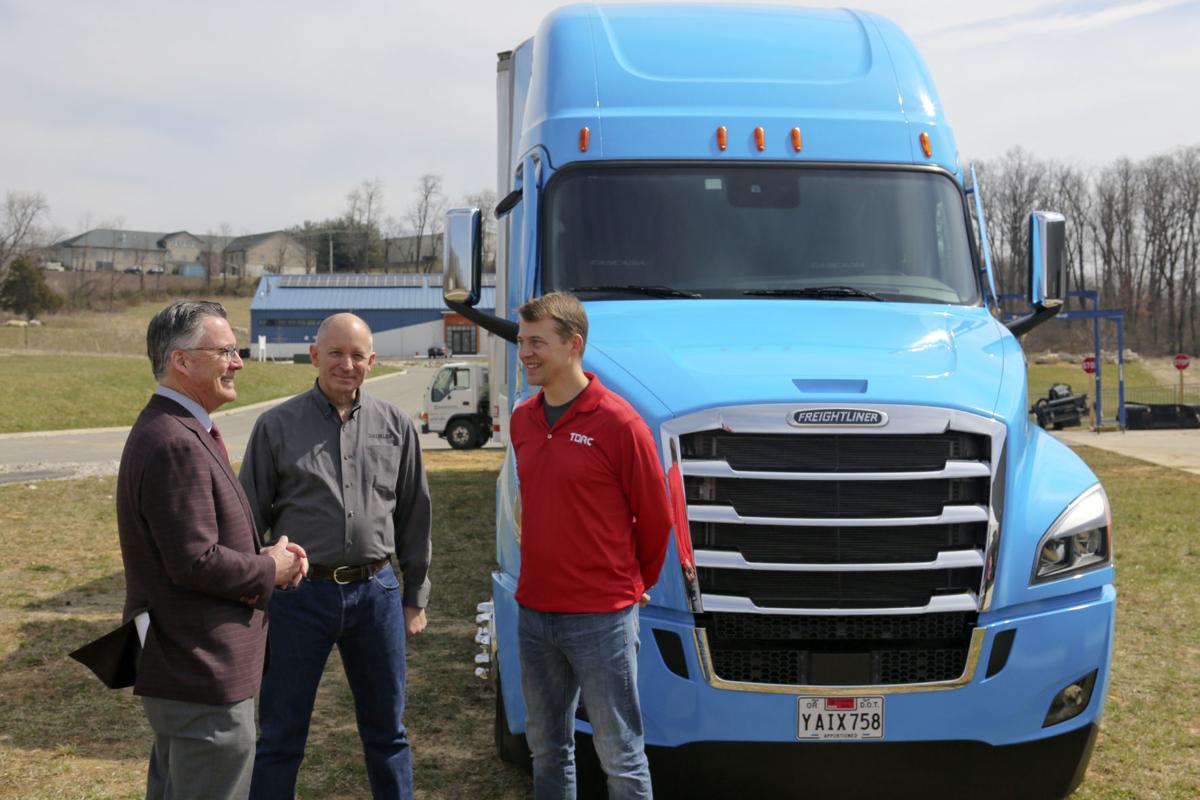 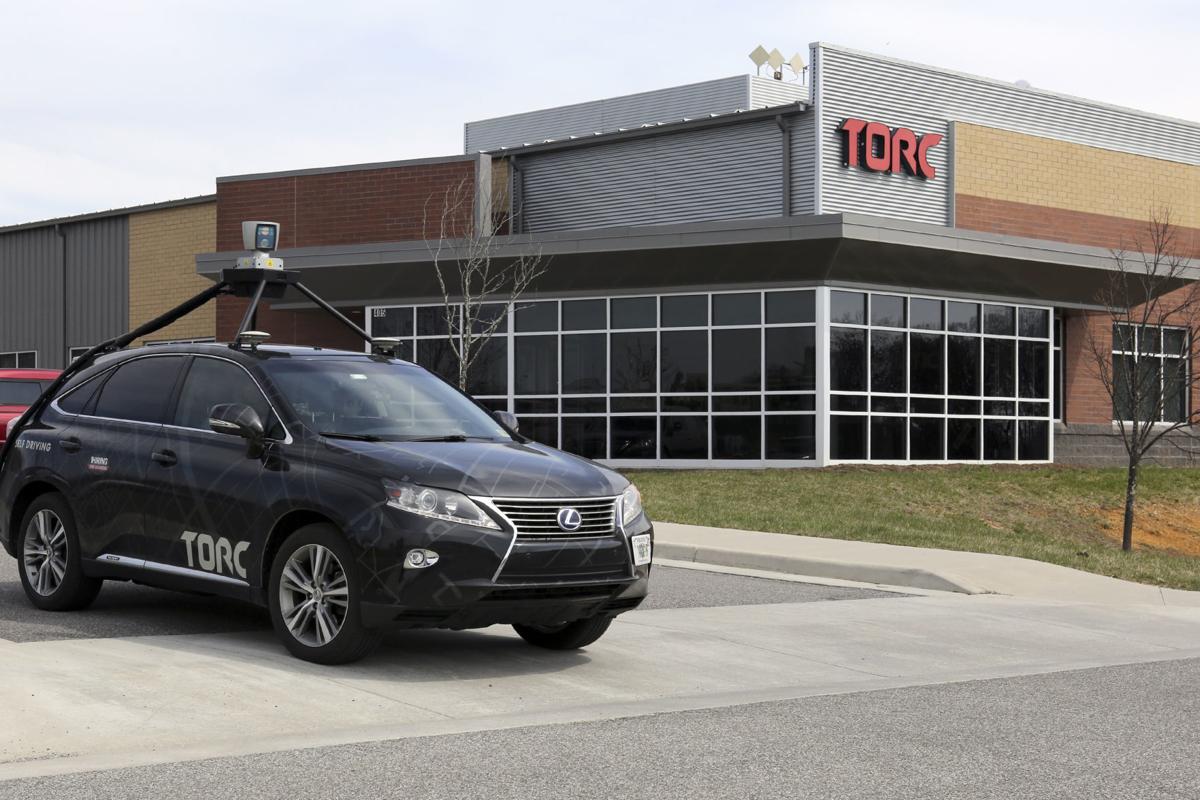 Torc was founded in Virginia Tech’s back yard in 2005, regularly teaming up with the university on autonomous systems projects. 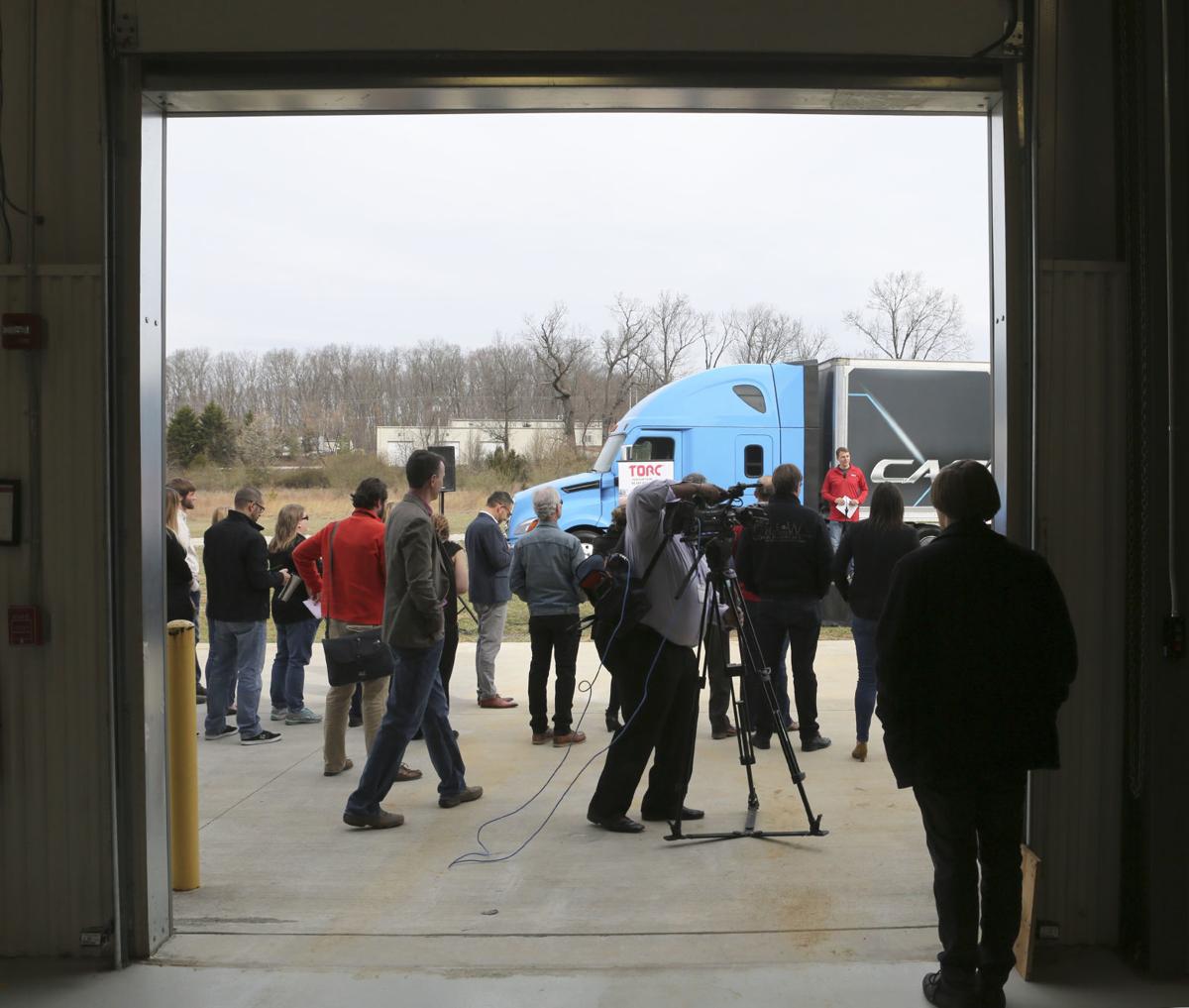 Employees and guests assemble for the formal announcement of Daimler Trucks acquiring a majority stake in Torc Robotics on Friday. 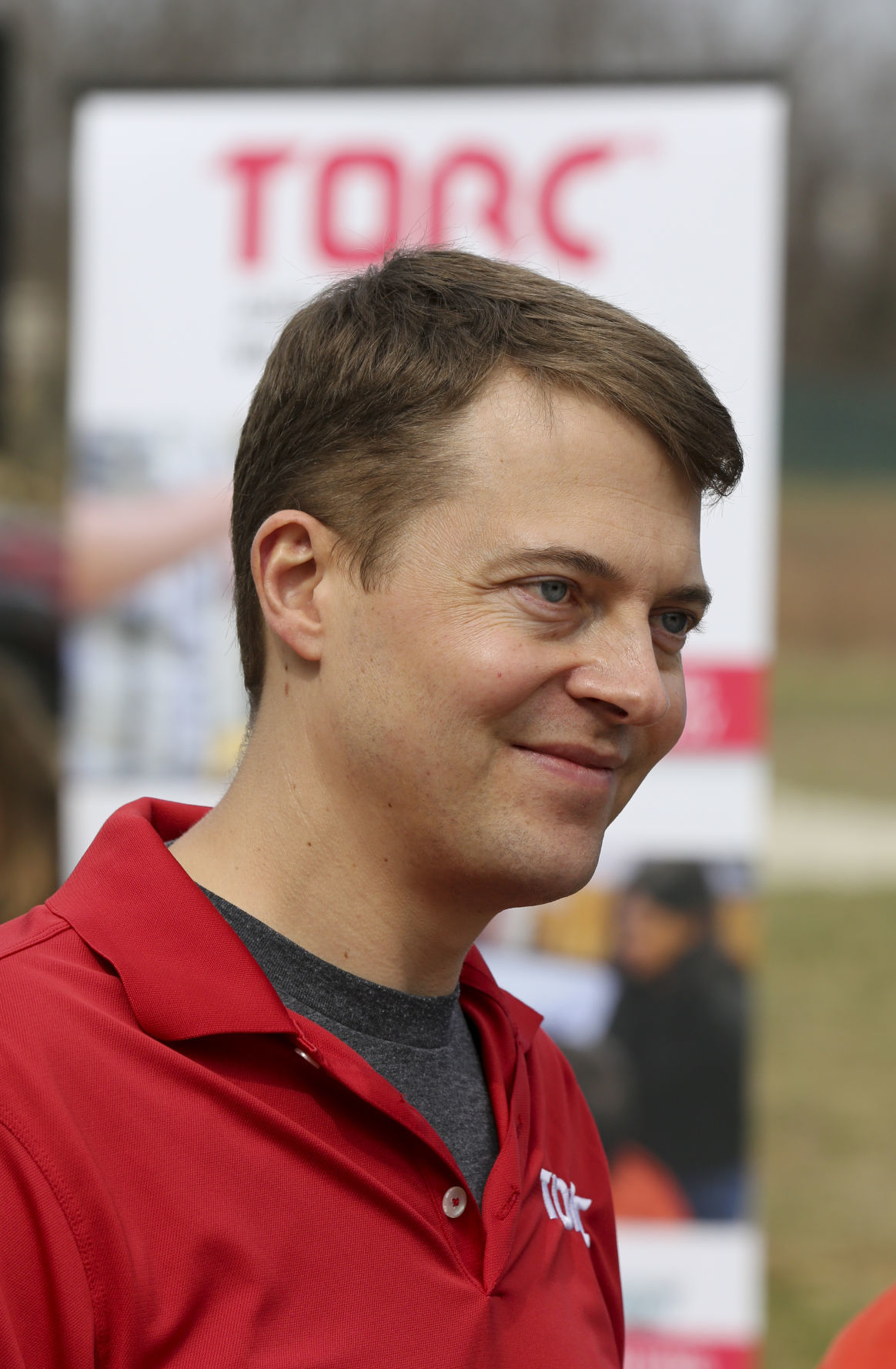 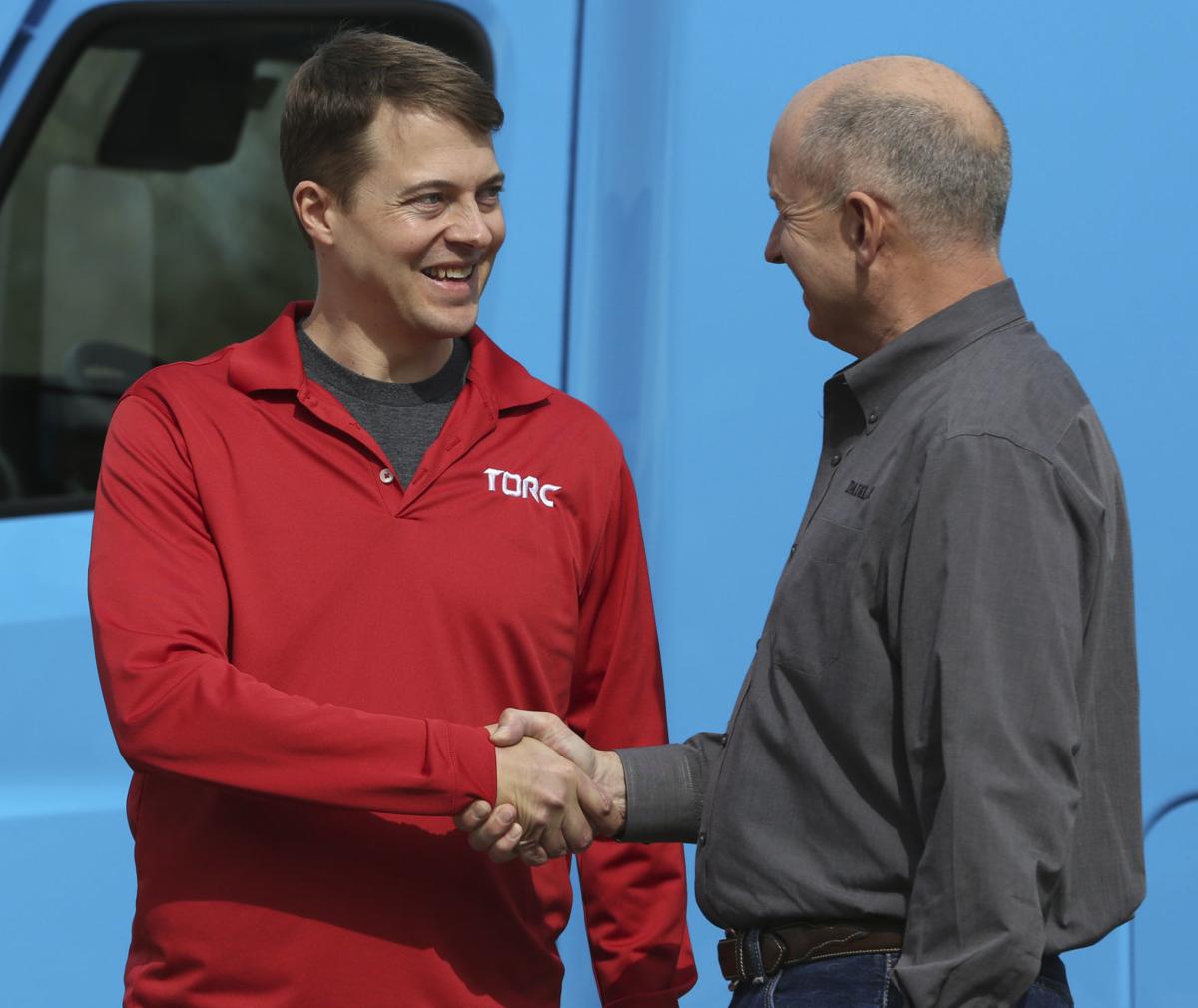 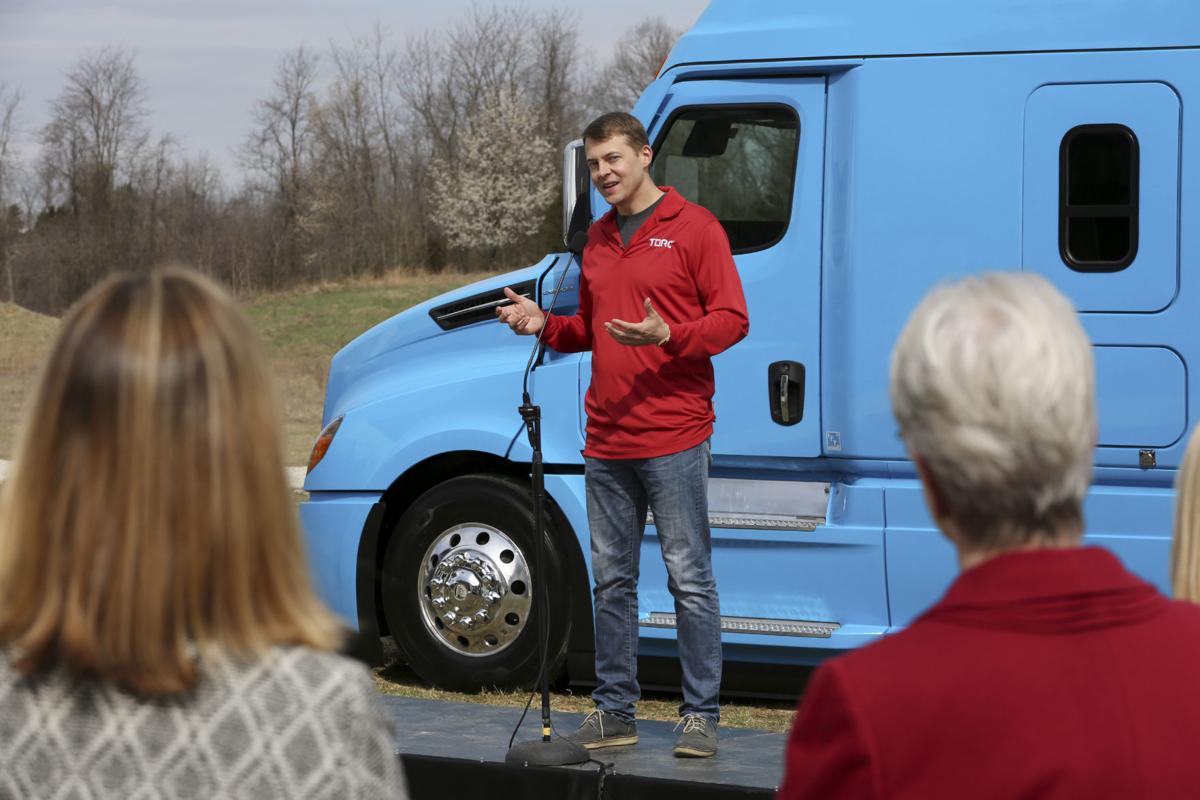 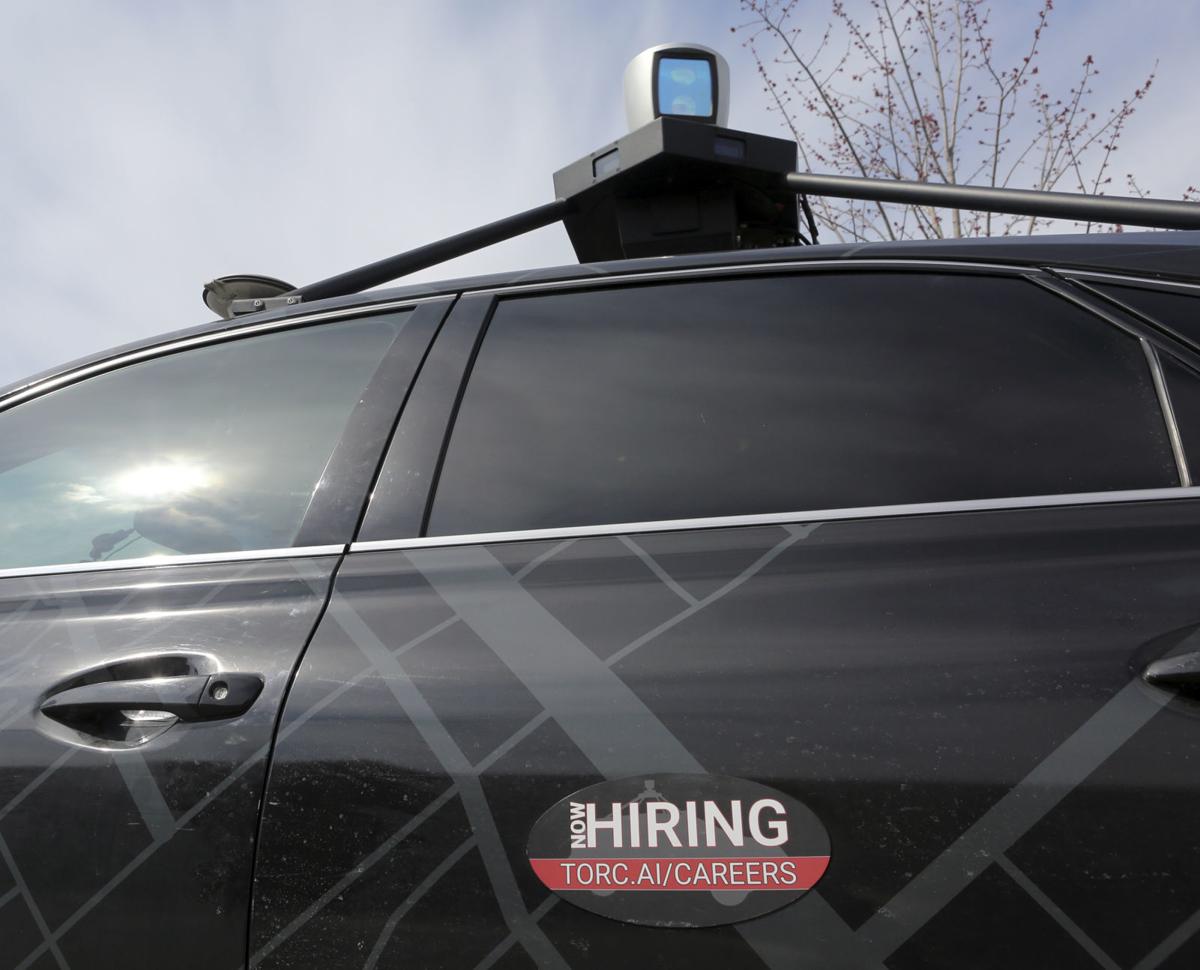 A Torc Robotics vehicle sports a “now hiring” decal in the company’s parking lot. The company is anticipating a hiring spree after it announced it is being acquired by Daimler Trucks on Friday. 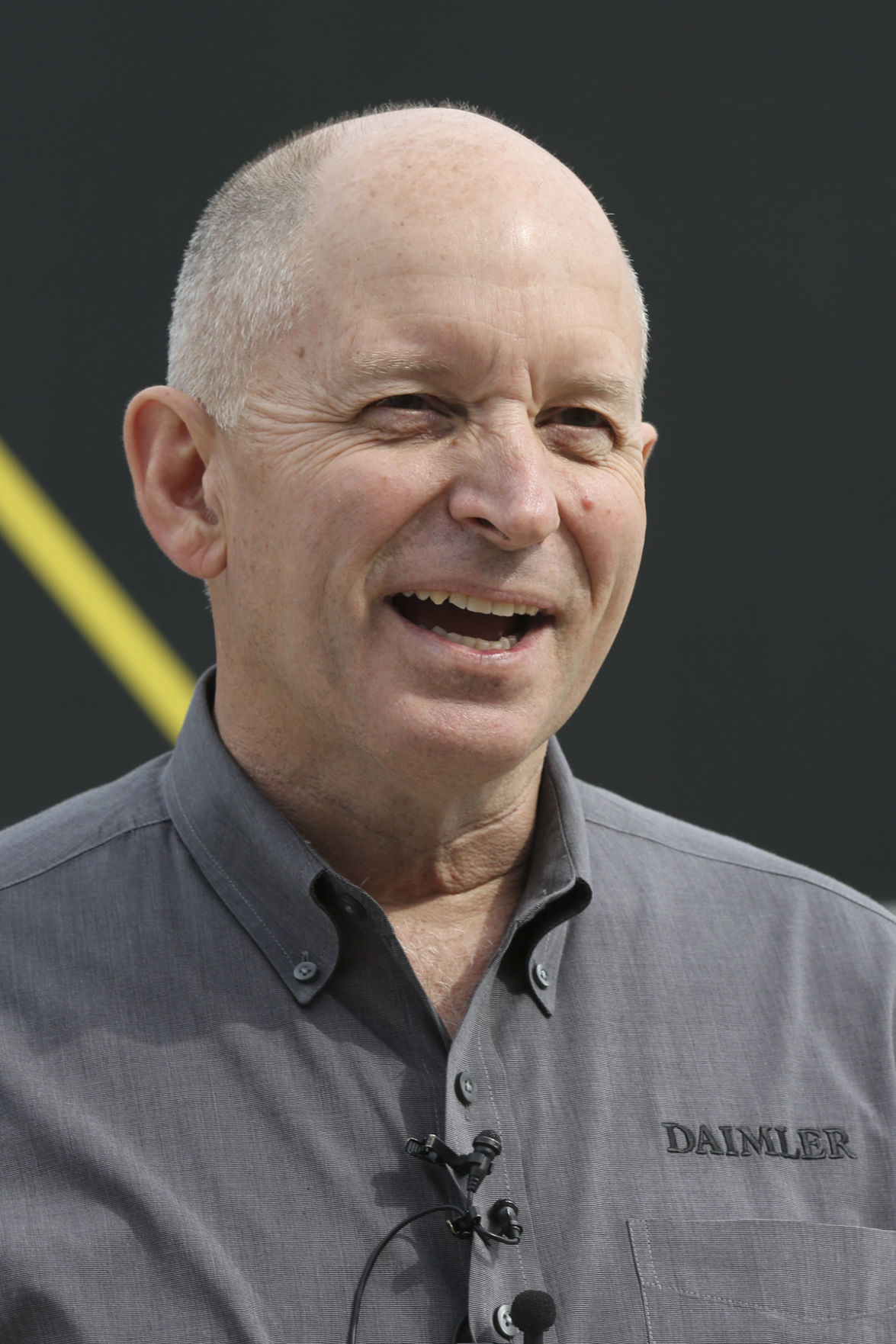 Torc was founded in Virginia Tech’s back yard in 2005, regularly teaming up with the university on autonomous systems projects.

Employees and guests assemble for the formal announcement of Daimler Trucks acquiring a majority stake in Torc Robotics on Friday.

A Torc Robotics vehicle sports a “now hiring” decal in the company’s parking lot. The company is anticipating a hiring spree after it announced it is being acquired by Daimler Trucks on Friday.

It’s about to expand here.

“We definitely are going to grow this business. We have to,” Daimler Trucks North America CEO Roger Nielsen said, adding that Torc has already secured the ability to purchase more land adjacent to its Blacksburg headquarters.

“To be able to do it [launch self-driving trucks] and do it at the speed we want to do it, we have to accelerate and make further investments here.”

Daimler Trucks is a subsidiary of Daimler Group, the automotive behemoth behind such brands as Mercedes-Benz, Smart and Freightliner Trucks.

Like most major automakers, the company has been talking about developing self-driving passenger vehicles and big rigs for years.

On Friday, Daimler executives said the trucking industry has some unique challenges to automation, so they want a separate team that can focus on self-driving trucks alone.

Torc Robotics is now part of that team.

The acquisition news marks an inflection point for one of Blacksburg’s fastest growing companies and secures Torc’s place as one of the most successful startups to ever begin in the New River Valley.

The roughly 100-person company now has the backing of a billion-dollar international corporation as it competes against the likes of Waymo, owned by Google parent company Alphabet; Cruise Automation, owned by General Motors; and Uber.

When asked if he anticipates a hiring spree after the acquisition, Torc CEO Michael Fleming’s eyes opened wide.

“Absolutely,” he said. “Our challenge is going to be how do we scale. Scale quickly, safely, efficiently and maintain our culture.”

Neither Torc nor Daimler revealed the sale price or what percent was acquired Friday, other than to say Daimler bought a majority stake in Torc. The deal is pending approval by regulators.

“We’re a sister division to Mercedes-Benz cars,” Nielsen said during an event in Blacksburg following the announcement. “We’re going to share and benefit from each other here, between the trucks and Torc. But also with Mercedes-Benz passenger cars and so forth.”

He said this acquisition will be similar to when Daimler bought school bus company Thomas Built Buses in 1998. Two decades later, Thomas Built is still its own company, with its own customers, brand and engineering center in North Carolina. But now that company is able to pull technology and firing power from its larger parent corporation.

“Self-driving technology: we don’t think we’ll have something on the road — it might be 10 years,” Nielsen said. “We need the people here in Blacksburg, the people in Torc to support us for that period of time to get it on the road.”

Fleming said he felt honored as he told his employees the news Friday morning, looking around a room of people he said had done the impossible over and over again.

Many of the employees are his former Virginia Tech classmates who set out with him on a mission to launch a startup in 2005 at a time when self-driving cars were still relegated to science fiction novels.

Investors weren’t drawn to the space back then, so they came up with a different way to fund the company.

Virginia Tech and Torc would co-sponsor a proposal to the Defense Advanced Research Projects Agency, or DARPA, to compete in a 2007 self-driving vehicle competition.

When they were selected, the university and Torc split the contract money from DARPA and both got to work designing one of the first ever fully autonomous vehicles.

The Blacksburg team was an underdog against industry giants like General Motors and Honeywell. But it took home third place at the competition, sending Torc down the path toward being considered a small but powerful force in the burgeoning industry of autonomous vehicles.

The Torc team stayed together after the competition, first applying its technology to mining and military applications. More recently it publicly disclosed its ambitions to create self-driving passenger vehicles.

The New York Times reported in 2018 that Silicon Valley juggernaut Apple previously hired Torc to help with its self-driving ambitions several years ago.

The report has not been confirmed and Torc has declined to comment on the matter.

Earlier this year, Torc announced it licensed its technology to Transdev, an international transportation giant, to develop a small autonomous shuttle bus that can carry up to 16 passengers. It also signed a deal with Chinese electric car company Bordrin Motor Corporation for their vehicles.