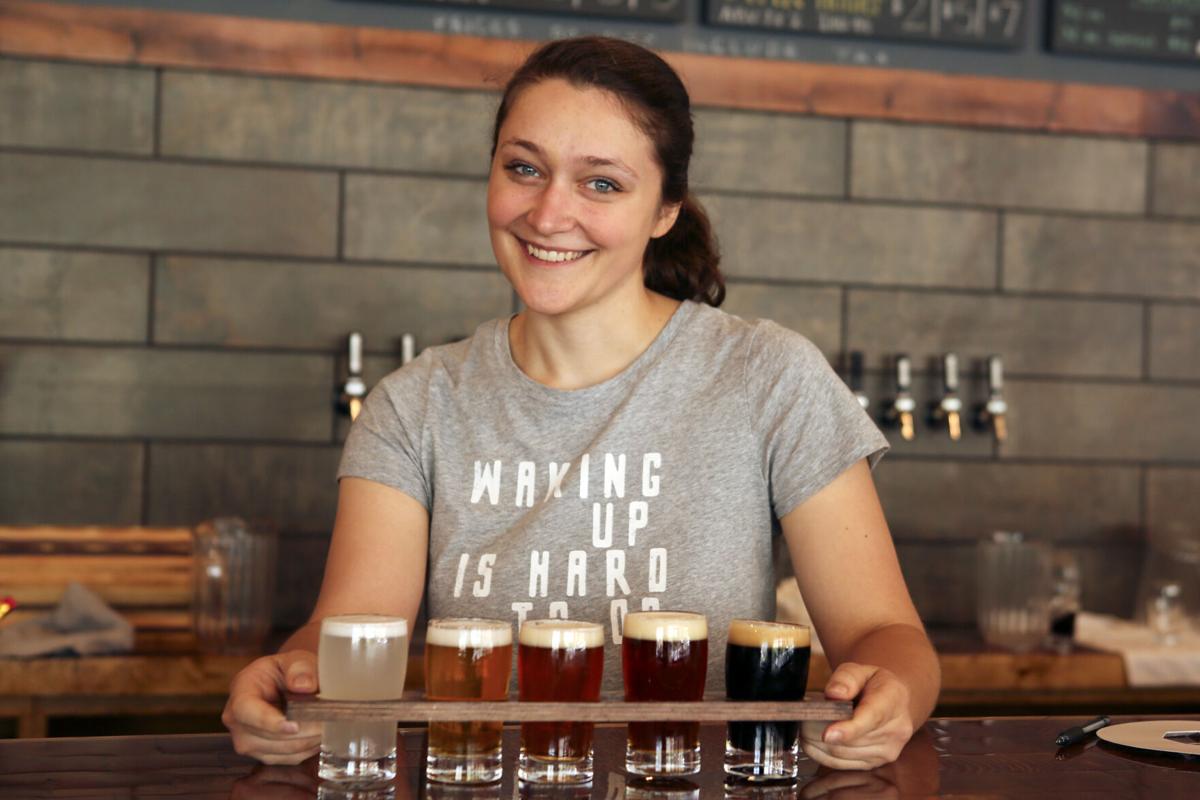 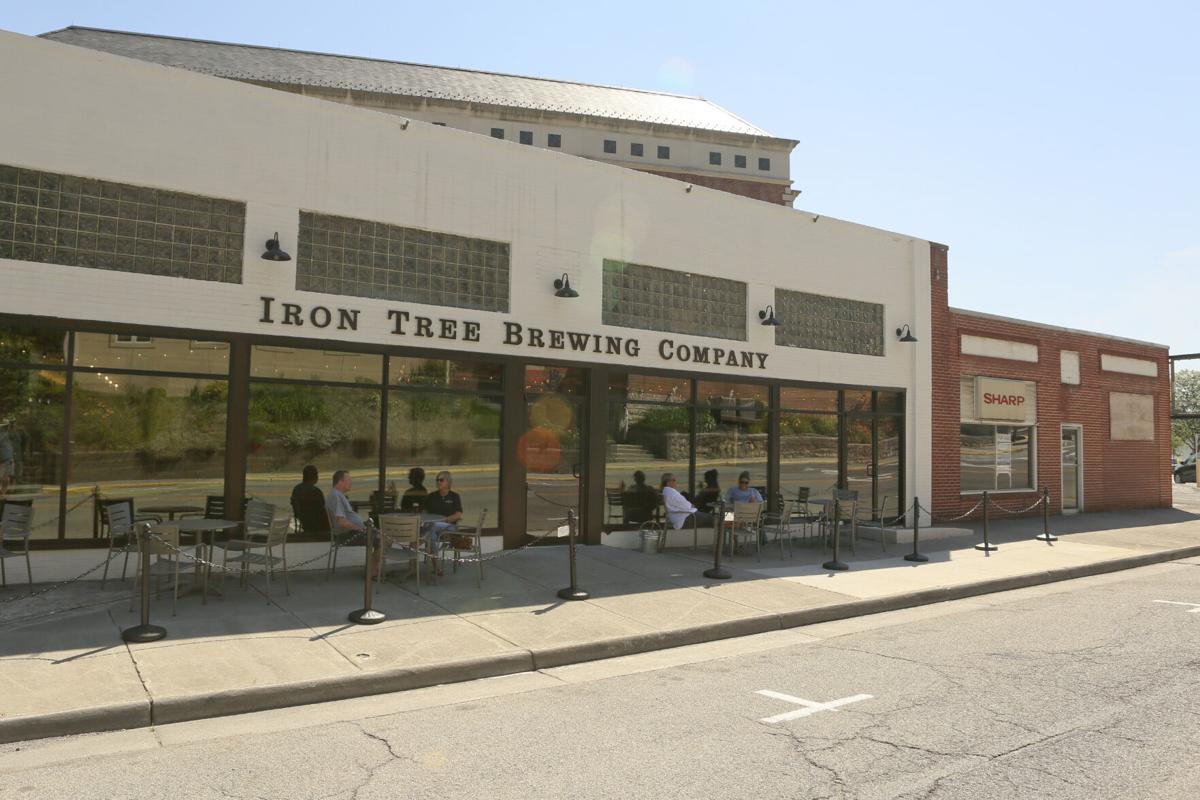 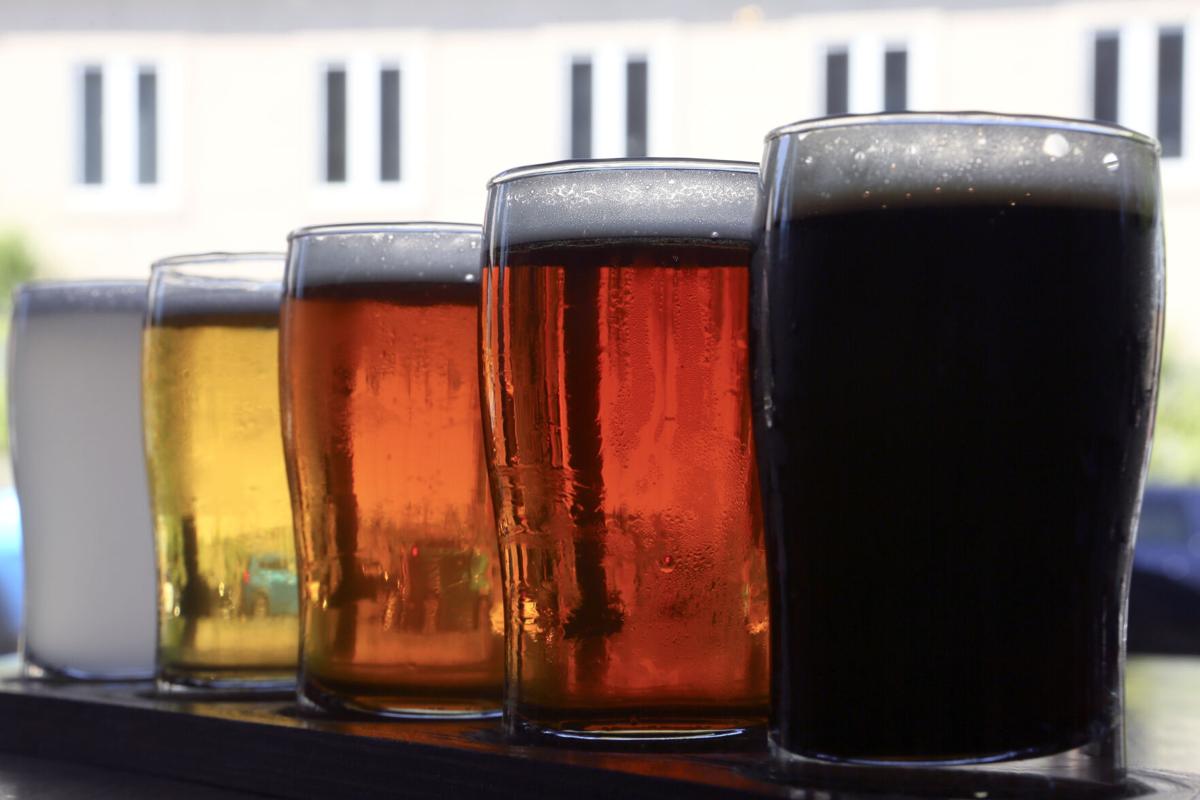 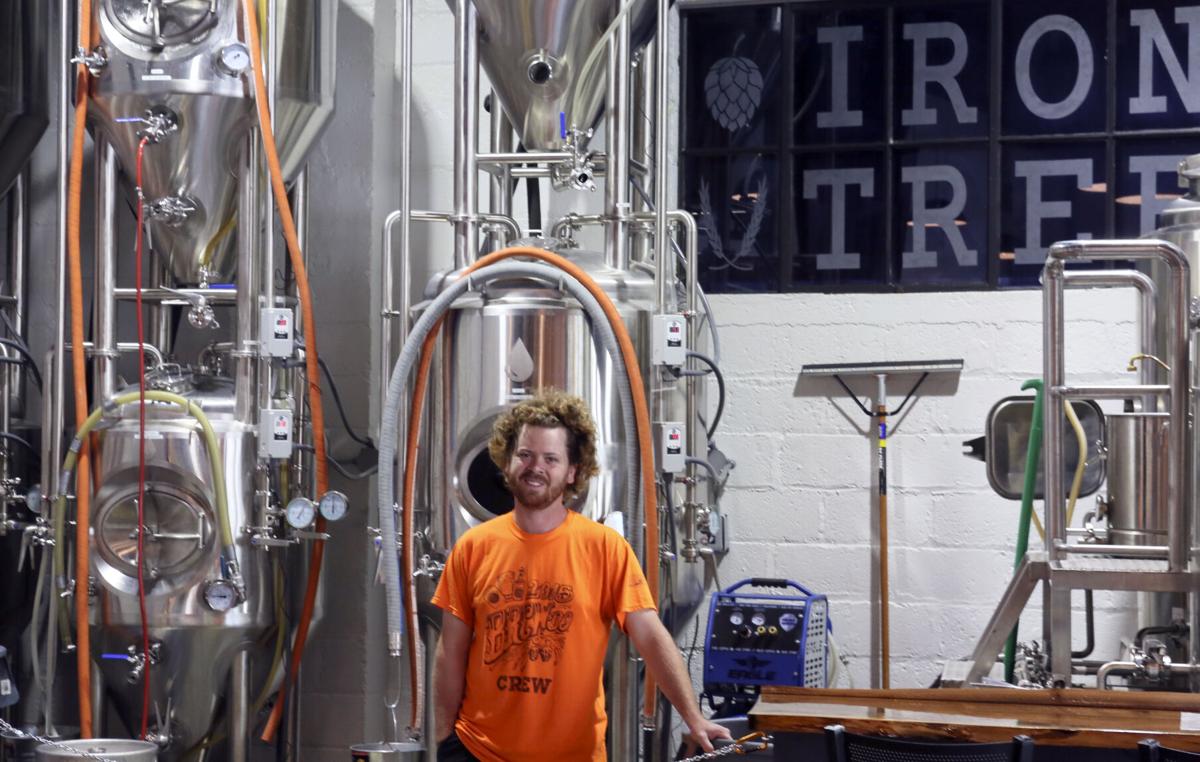 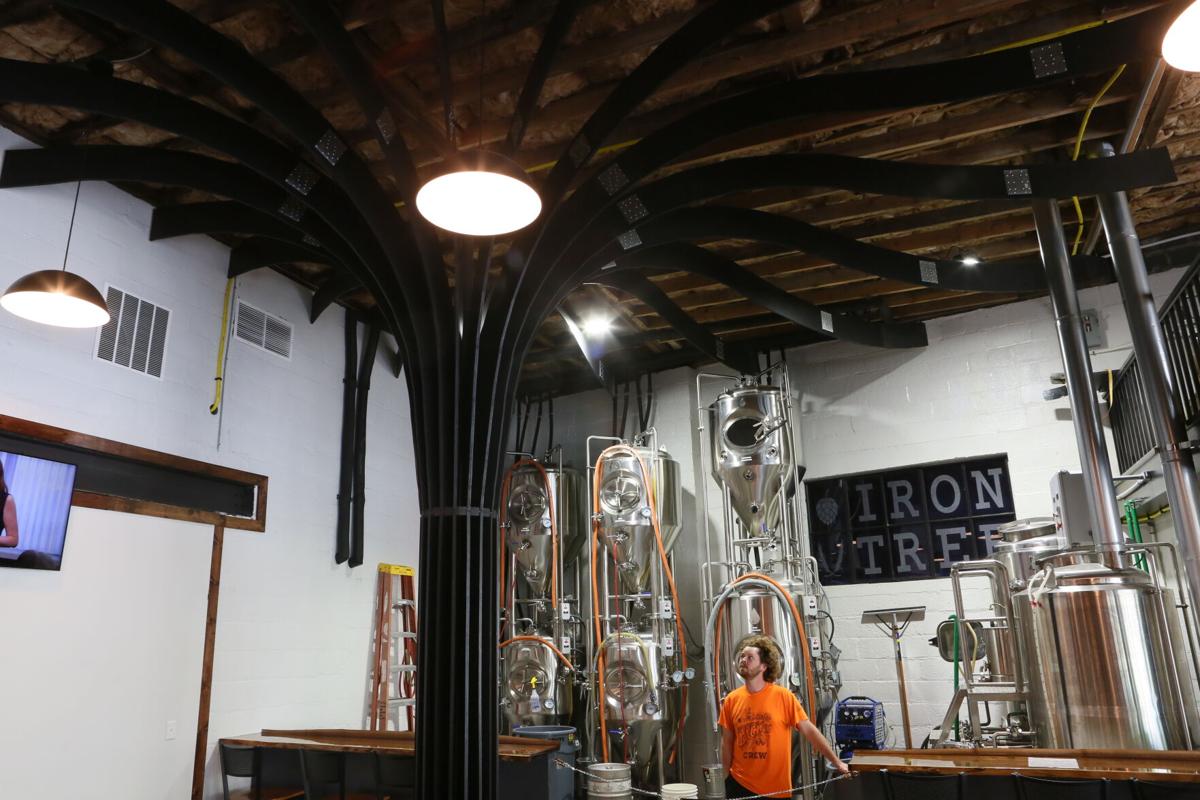 Chief brewer and part-owner Seth Locklear looks up at the large fabricated metal tree that spans over the brewing corner of Iron Tree Brewing Company in downtown Christiansburg.

CHRISTIANSBURG — Some are unwinding after a long day of work. Some prefer a more casual atmosphere for date night. And some just enjoy a celebratory beverage or two after a long jog.

Several evenings a week, a small pocket of downtown Christiansburg comes to life as patrons flock to the Iron Tree Brewing Company near the corner of Roanoke and East Main streets.

Iron Tree opened to much anticipation last month, something co-owner Seth Locklear said was obvious during the grand opening.

“It was completely insane in here,” he said. “The line was out the door.”

Iron Tree occupies approximately 2,700 square feet of space in a connected row of buildings facing Roanoke Street and is located near Christiansburg Town Hall and the Montgomery County courthouse, among other prominent properties.

The brewery offers both indoor and outdoor seating, with much of the patrons taking advantage of the latter option.

The idea for the brewery goes back to 2016 when Locklear served his own home brewed beer at his wedding.

“The reviews on it were all really good,” he said.

Locklear, who had been home brewing since 2013, said he then wondered if it was something they could expand.

After some more time pondering, Locklear said they began scouting potential locations and looking for equipment in 2018. They finally settled on a spot at the end of that year and began a steady and careful preparation of the space.

Locklear, who previously worked for a Roanoke construction consulting firm, said he quit his day job in February and used the spare time to tie some loose ends — building permits, inspections and completing other paperwork.

Considering the time spent preparing the building, there was a real sense of fulfillment when the brewery finally opened, Locklear said.

“That was the community showing us they wanted us here,” he said. “I see it as a very good thing even if it was stressful for that one [grand opening] day.”

Iron Tree is a notable addition for Christiansburg as the town—despite a relatively strong dining scene, much of which is outside the downtown—has been less prominent than regional neighbors Blacksburg and Roanoke in the making and selling of craft beer.

Iron Tree is also helping bring more life to the downtown a section of town that the locality’s leaders have long sought to make more vibrant and the state of which has been a longtime debate.

Christiansburg Mayor Mike Barber said the brewery definitely contributes to that effort. He said it complements other places such Great Road Coffee, which precedes Iron Tree but is itself a recent and much touted addition to the downtown.

“It’s nice. I’ve been really impressed with it,” Barber said, further describing it as a “wonderful” move for downtown. “It brings in some other things.”

Barber said he hopes to eventually see some kind of pizza establishment open up near the brewery to complement it.

“The more we can bring, the better off we are,” he said.

The mayor, however, said he understands whether that happens rests in the hands of the property owners.

But Locklear said he’d like to see some kind of dining option added in the vicinity. He said he hopes to eventually partner with some food trucks, but added that they can’t just go on the street in front of the brewery due to local ordinances.

Locklear said food trucks may have a better chance of working in the parking lots on either side of the brewery. He, however, said that requires further exploration and talks with Montgomery County as they own those two lots.

As far as the beverages, Iron Tree offers 10 different beers. Among them are the Duck Pond Water, a Scottish ale marked by a smoky flavor, and the Beerstalker ESB, which Locklear said is made with English or Old World hops and is a “fun” beer style not often served at other establishments.

Several patrons this past week touted Iron Tree’s arrival, describing it as a much welcomed addition to the downtown.

For Jonathan Roberts, a Christiansburg resident who heads a local running group, the brewery is an enjoyable spot to rest and socialize after a run.

“I’m really excited,” said Roberts one recent evening while sitting down for beers with others from the running group. “I’m excited to see things like this come in and revitalize” the downtown.

Another runner in the group echoed Roberts’ sentiment.

“I think it’s really refreshing,” said runner Kasey Owen, who lives in the Shawsville area. “It’s a great community space because, you know, we do the run and we don’t talk a lot because we’re out of breath. But then we can come here and socialize, cool down and get to know each other better.”

Chief brewer and part-owner Seth Locklear looks up at the large fabricated metal tree that spans over the brewing corner of Iron Tree Brewing Company in downtown Christiansburg.