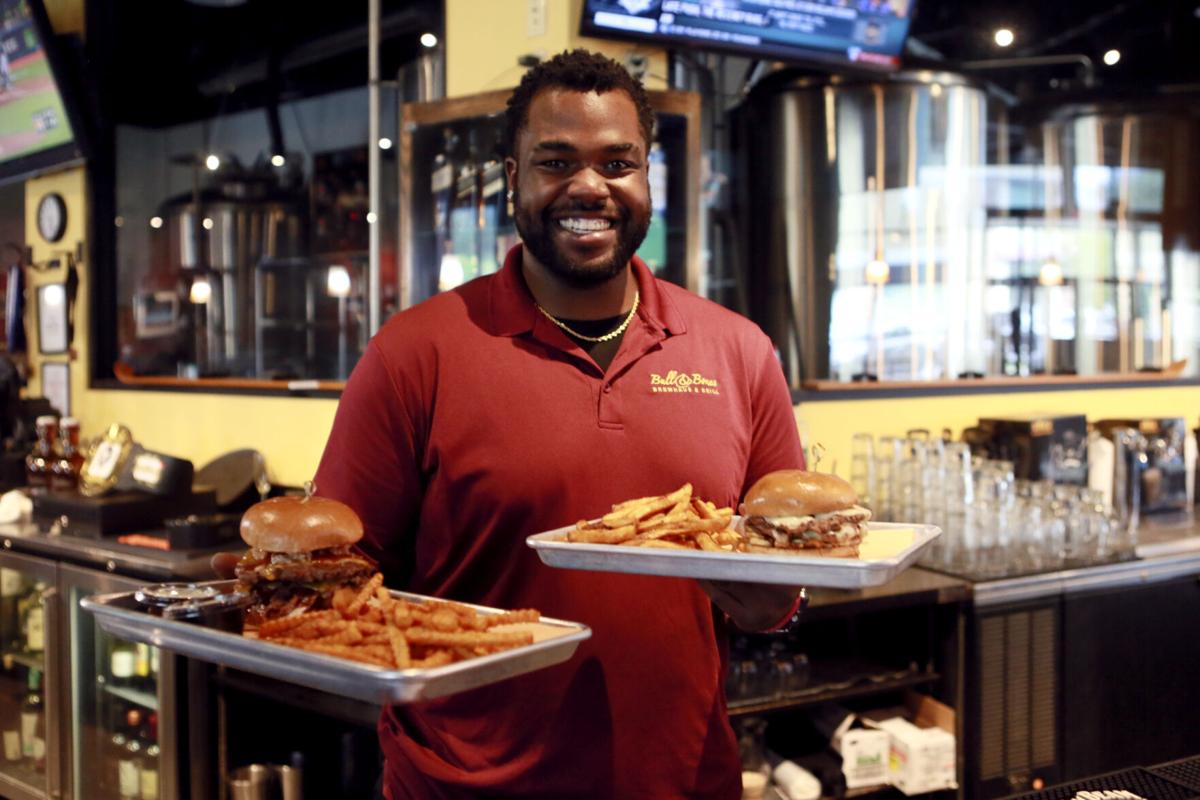 Bartender and server Quinton Clayborne is happy to be back behind at the bar at Bull & Bones in Blacksburg. 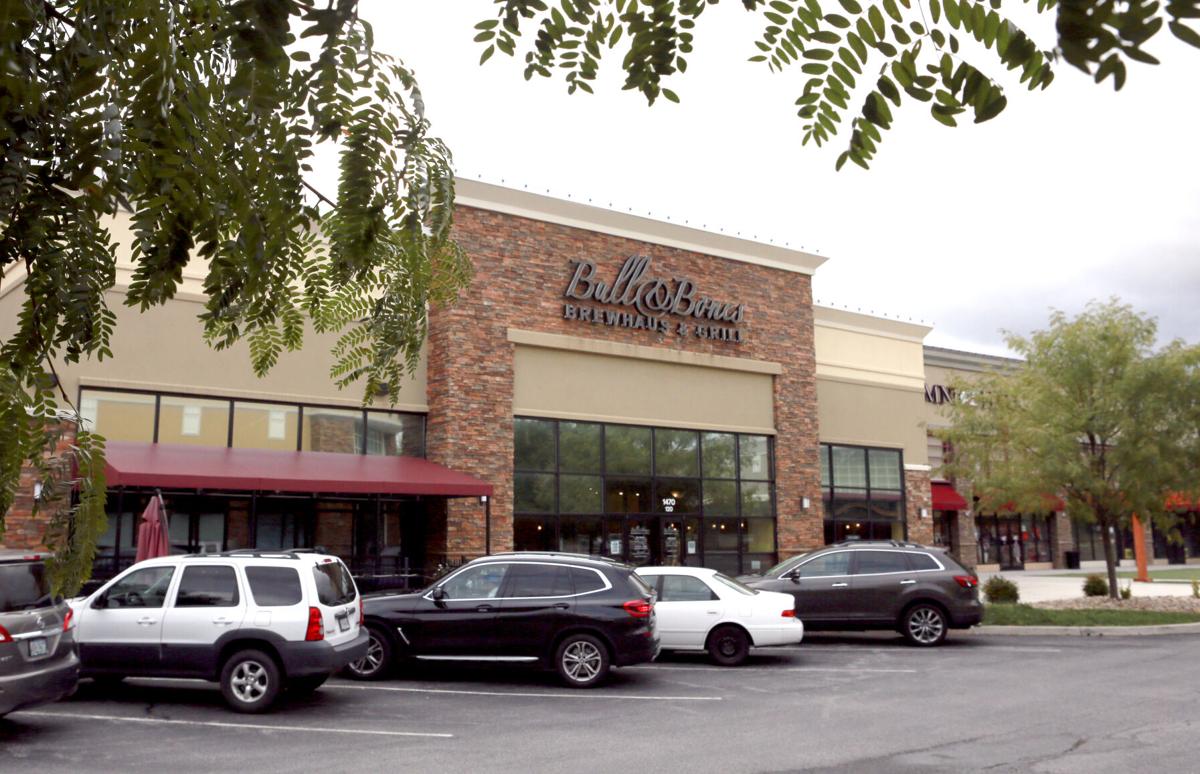 Bull & Bones has reopened its original location in Blacksburg.

Bull & Bones, one of the region’s oldest active breweries, has reopened its original location in Blacksburg after having closed it at the start of the year due to overhead challenges brought on by the ongoing pandemic.

The reopening of the Blacksburg location, however, has led to the temporary closure of its newer Christiansburg brewery and restaurant on Peppers Ferry Road, which itself opened almost exactly two years ago.

“We had just hit our two-year mark when we moved back here [to Blacksburg],” Bull & Bones General Manager Robert Hockett said in reference to the Christiansburg location’s recent anniversary.

Bull & Bones in Blacksburg is located in the town’s First & Main shopping center. The brewery and restaurant in Christiansburg is in a strip mall in the town’s fast-growing northwest section and neighbors a property that will eventually become a multi-purpose park.

Bull & Bones, known for crafting Hokie-inspired beers such as the Lunch Pale Ale and Maroon Effect Ale, opened in the late 2000s during the start of Virginia’s brewery craze.

Although it wasn’t the first brewpub in the area to make beer commercially, its predecessors have since closed and Virginia Alcoholic Beverage Control Authority records list it as the oldest active brewery between the New River and Roanoke valleys.

Bull & Bones also was until just a few months ago the only brewery in Christiansburg, which has since seen the opening of the Iron Tree Brewing Company in the town’s downtown.

Hockett said the Bull & Bones brewery has struggled with a challenge that has plagued much of the service industry and the general job market amid the pandemic: finding workers. He recalled the May period when the capacity limits were lifted.

“Hiring was next to impossible,” he said.

The hiring hurdle wasn’t just an issue that the brewery endured with many other businesses. For the establishment, it meant that it would be tough, at least for the time being, to keep two locations open at the same time, Hockett said.

With the return of Virginia Tech football being a major factor, Bull & Bones’ operators figured it made sense to reopen its Blacksburg brewery and close the Christiansburg one for now.

“We had to make a tough choice,” Hockett said.

The brewery is still paying rent in Christiansburg and hopes to reopen it sometime in the coming months, Hockett said.

Bull & Bones currently employs a total of just over 40 employees, Hockett said. Ideally, the Blacksburg brewery would employ between 60 and 70 people and the Christiansburg one about 30, he said.

One of the specific challenges with hiring at the moment is the kitchen, where Bull & Bones has about half of the cooking staff necessary, Hockett said.

The pandemic prompted ongoing hiring challenges, because amid an otherwise wide availability of jobs, some are not seeking them because of the enhanced unemployment benefits triggered by the pandemic. Other factors include challenges with family care and school closures.

The extra benefits are set to end next week, which Hockett said he hopes is followed by an increase in job applications.

Regarding the previous closure of the Blacksburg location during the winter, Hockett said the brewery was looking to keep costs down during a usually quieter time of the year. He said it made more sense at the time to keep the Christiansburg location open due to its smaller capacity.

The Blacksburg brewery, however, didn’t go completely dark after it temporarily closed. Hockett said they kept brewing and the batches there helped supply the Christiansburg location. He said a private pool league also continued at the Bull & Bones in Blacksburg.

Bartender and server Quinton Clayborne is happy to be back behind at the bar at Bull & Bones in Blacksburg.

Bull & Bones has reopened its original location in Blacksburg.