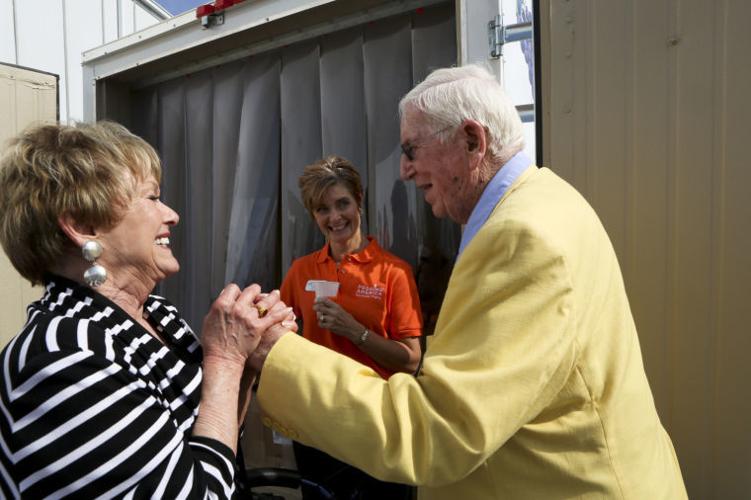 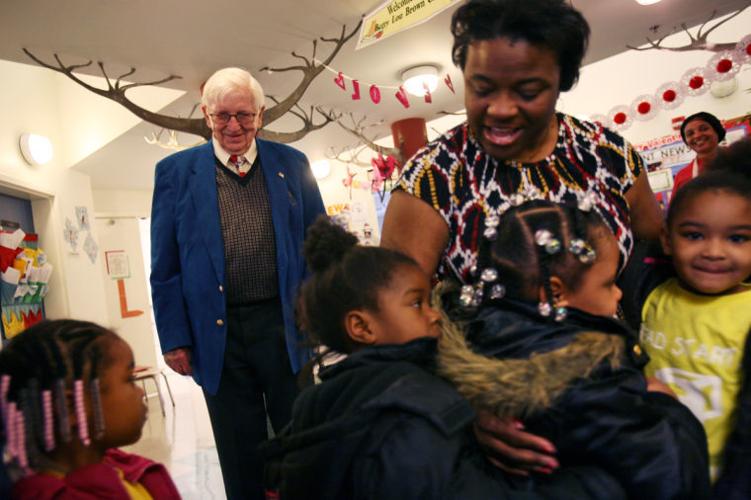 On Friday, Cabell Brand was commanding the room at a party that wasn’t even for him.

Brand, 91, appeared at a send-off for Ted Edlich, retiring president of Total Action for Progress, the anti-poverty agency Brand founded in 1965.

“He was there, front and center,” Edlich said. When the sound system didn’t work, Brand shouted, without hesitation, “We can’t hear!”

“That was Cabell Brand,” Edlich said. Never holding back when something needed to be said.

He was in “reasonable health,” Edlich said. So it was a “tremendous shock” when Edlich heard Tuesday from Brand’s daughter Liza that Brand had died.

Brand’s death represents the passing of a titan of business and philanthropy, and one of the most connected people in Virginia, able to call on governors, senators and even presidents at his leisure. He was a millionaire and a champion of education, health care, civil rights and ending poverty.

“Cabell was always willing to fight the good fight no matter how big the odds,” longtime friend U.S. Sen. Mark Warner said Tuesday. “Virginia has been indelibly touched by Cabell.”

“Cabell’s place in our community is permanently and firmly established because of what he did for others,” Rep. Bob Goodlatte said in a statement. “We can all be thankful for the inspiration that he provided to all those who followed him in devotion to helping men, women, and children in need.”

“Cabell Brand was a champion of the poor and the underserved,” U.S. Sen. Tim Kaine said in a statement. Brand’s “humanity will leave a lasting legacy on the Roanoke Valley and the lives he touched across the Commonwealth.”

“I’ve never met anybody who truthfully cared about this planet, the whole globe, more than Cabell,” Edlich said. “He certainly was the liberal lion of the Roanoke Valley.”

But he didn’t come from liberal stock.

Brand was born in Salem to conservative parents who despised President Franklin Roosevelt and his New Deal programs, even as their son secretly admired them.

Brand went off to Virginia Military Institute, left it to fight in World War II, came back to earn his degree and then returned to Europe to work on implementation of the Marshall Plan to rebuild Europe.

Already prone to sympathy for those in need, seeing the decimation the war had wreaked, the hate-fueled destruction of Jews in the Nazi death camps, and then the success of the Marshall Plan solidified Brand’s compassionate values.

He returned to Salem to take over the shoe company his grandfather had started a half-century earlier. He would grow it into a massive business, known as Stuart McGuire when he sold it to Home Shopping Network in 1986 for $18 million.

“I guess I was just a born salesman,” he told Edlich once.

“He decided to sell the issues and the people that nobody gave a damn about,” Edlich said.

In 1965, Brand founded Total Action Against Poverty, now called Total Action for Progress, tapping into legislation and funding from President Lyndon Johnson’s War on Poverty. The agency created one of the first Head Start preschool programs in the country in Roanoke, and would pioneer other efforts that were replicated statewide, including getting water to rural homes through the Virginia Water Project and the Child Health Investment Partnership to provide health care to poor children and guidance to their parents.

Edlich worked with Brand for 40 years, including 20 years while Brand chaired the TAP board.

“As a founder he never overreached and started micromanaging the thing,” Edlich said.

John Williamson, former president and CEO of Roanoke Gas Co., said he most admired Brand’s “steadfast, persistent and believe it or not, also patient focus on steady progress on anything having to do with poverty and human services.”

That patience was belied by his forthright manner and powers of persuasion.

“He didn’t go out to antagonize people deliberately, but it was clear where he stood,” Edlich said. “He wasn’t a bully, he was just persuasive because he was right.”

Warner called him “the most passive aggressive progressive I’ve ever met.”

As Kaine put it in 2009, “Cabell cares about others, but he doesn’t care what they think about him.”

“He’s the kind of guy who would twice a year call you up, pat you on the head for what you’re were doing and then ask you why you hadn’t done this or hadn’t done that,” Williamson said.

Williamson met Brand in 1986 when he took the job as Botetourt County administrator. “Cabell started out telling me what I ought to do then, and he was still doing it Friday night.”

Roanoke native Martin Skelley was a protege of Brand’s in the early 1990s, working for his eponymous Cabell Brand Center pushing environmental measures.

A few years ago, Skelley made a failed run for the Democratic nomination for a South Carolina congressional seat.

Brand endured personal tragedy through all of his successes, including he and his wife Shirley burying four of their eight children, two of whom committed suicide.

He and Shirley, who died just over a year ago, traveled to more than 100 countries.

Edlich said Brand was forever open to different cultures, different religions. “He was a continual student of life. They are rare, rare people with his kind of intellect that retain his kind of openness.”

Brand continued to work for causes he treasured to the end. While his hearing and physical health faltered, his mind remained sharp.

Skelley said he could always drop by Brand’s grand Salem home and get quizzed on world events. He told Brand he didn’t call on him frequently because, despite Brand’s advanced age, “You always make me feel like I’m not getting enough done.”

“Of course he was mad as hell that Kissinger wasn’t more critical of the [United States’] invasion of Iraq.”

Edlich said Brand was his old self Friday night at the retirement event, “there with so many of the people he

had influenced and work with.”

He asked his daughter, “I look pretty good, don’t I?”

Williamson told him he was going to come by the Salem Terrace Senior Living Community and visit.

“You haven’t been by yet,” Brand pointed out bluntly.

If Cabell Brand has his way -- and he very often does -- here's how President Obama's economic stimulus package will play out in the Roanoke Valley:

Trees and power lines knocked down by Ian

Trees and power lines knocked down by Ian 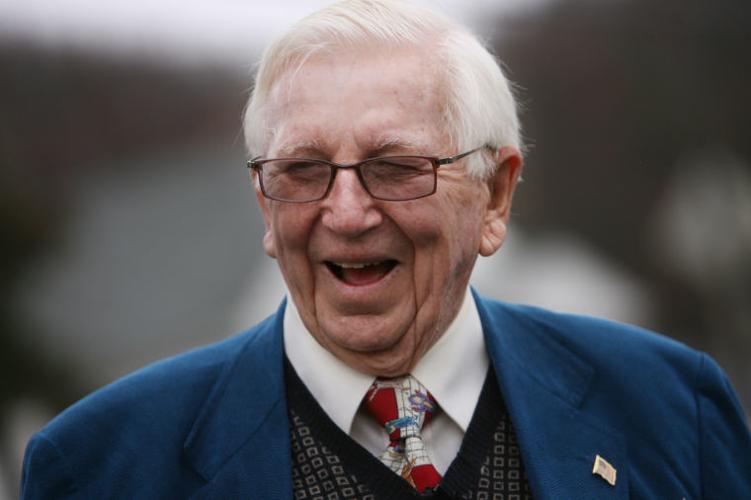