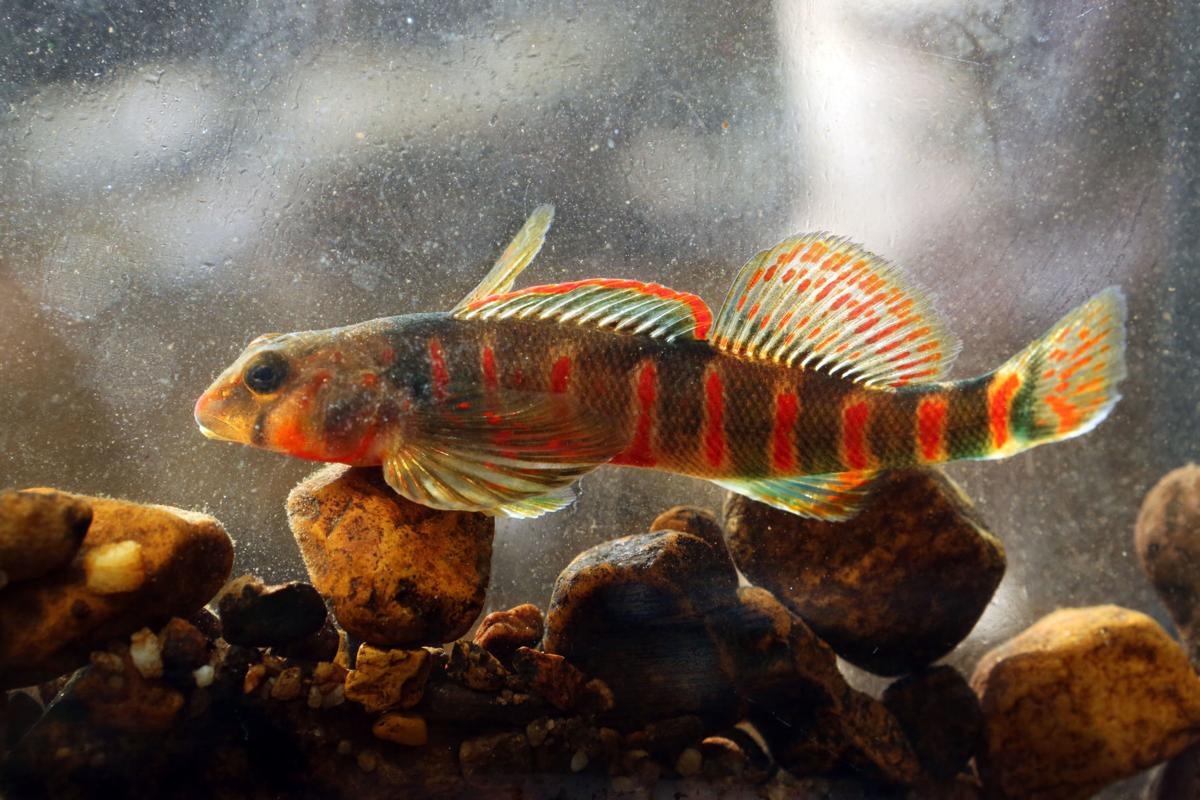 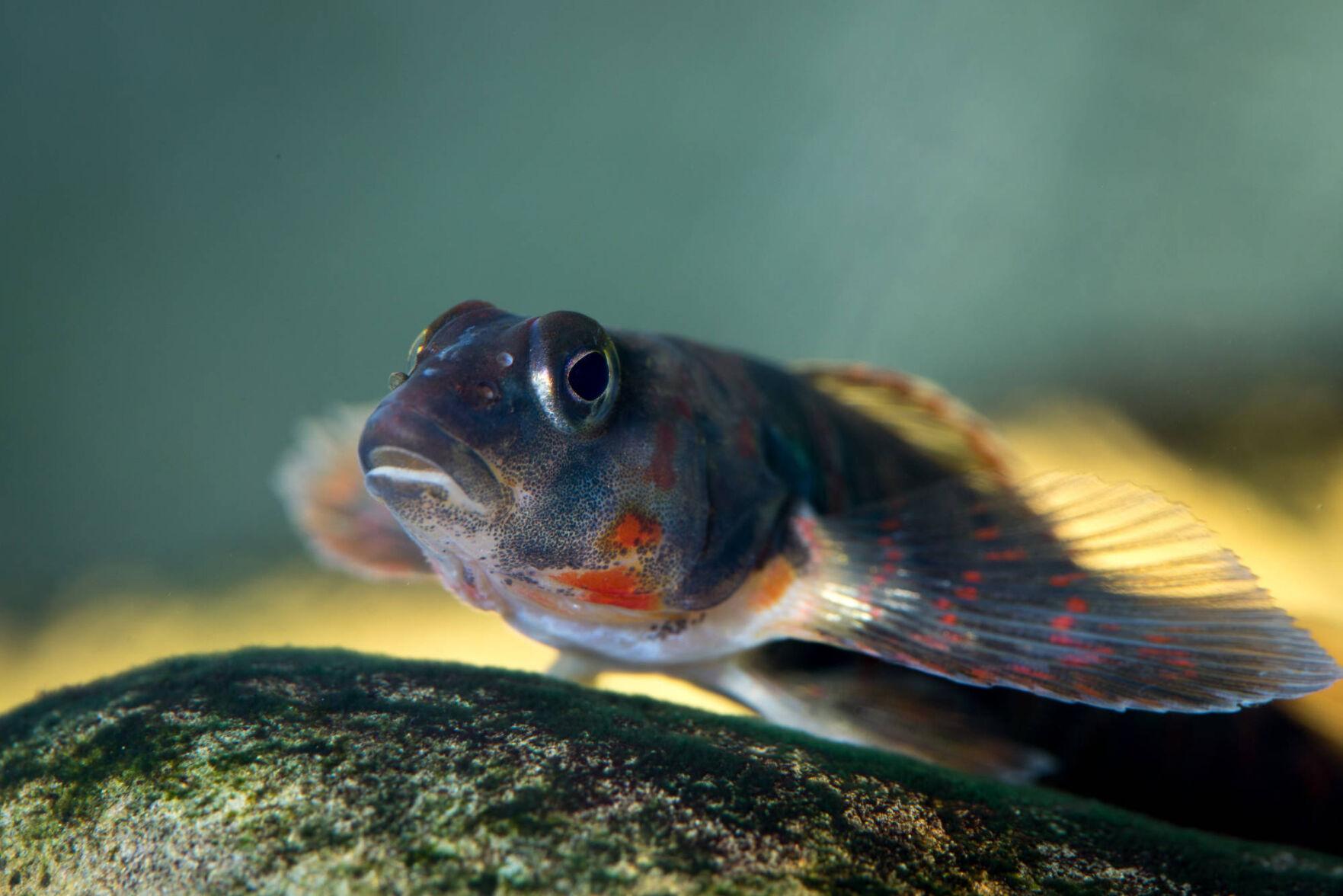 An opinion released by the Fish and Wildlife Service found that running a massive natural gas pipeline 303 miles through mostly rural terrain is not likely to jeopardize the candy darters.

The U.S. Fish and Wildlife Service said this week that the designation will carry conservation measures meant to lessen “the looming threat of losing one of North America’s most vivid freshwater fish.”

But it won’t stop the Mountain Valley Pipeline from crossing the streams — either buried in trenches dug along their bottoms or through tunnels bored beneath them — that lie in its path.

A biological opinion released by the Fish and Wildlife Service last September found that running a massive natural gas pipeline 303 miles through mostly rural terrain is not likely to jeopardize the candy darter and four other endangered or threatened species.

While some steps have been taken and discussions with Mountain Valley continue, “we do not expect this [critical habitat] designation to result in additional conservation measures,” Fish and Wildlife spokeswoman Meagan Racey wrote in an email.

Environmentalists say the pipeline could wipe out a species that has already seen its numbers decrease by half.

“There’s no way to ram a pipeline through the mountains without causing sediment to enter the streams indefinitely, and sediment destroys the darter’s habitat,” said Tierra Curry, a senior scientist with the Center for Biological Diversity.

The 368 miles of critical habitat designated by the federal government include streams in Giles County and West Virginia that are part of the watersheds of the Gauley, Greenbrier and New rivers.

Candy darters — easily distinguishable by their vibrant teal, red and orange colors — prefer shallow, fast-flowing streams with rocky bottoms. The 2- to 3-inch fish are an important link to the aquatic food chain, feeding on insects before they are sometimes eaten by larger fish.

When stream pebbles and rocks become coated with sediment from mining, logging and other activities, it makes it harder for fish to find food and lay eggs. There are currently 17 surviving populations of the candy darter, down from 35 about a century ago, according to the Fish and Wildlife Service.

Construction of the Mountain Valley Pipeline is expected to dump more silt and sediment into streams. Since work began in 2018, environmental regulators in Virginia and West Virginia have cited the company with more than 300 violations of erosion and sedimentation control regulations.

Last October, the Center for Biological Diversity and six other environmental groups filed suit, asking the 4th U.S. Circuit Court of Appeals to overturn the biological opinion. The Richmond-based appellate court denied a motion to stay the opinion while the case is pending, signaling a tough road ahead for the challengers.

Final written arguments were filed last month. No date has been set for oral arguments, which usually come about six weeks before a decision.

Meanwhile, Mountain Valley is free to resume construction on most parts of the $6 billion project, which is over budget and behind schedule due to multiple legal challenges. Stream crossings are on hold while the joint venture of five energy companies seeks new permits from state and federal agencies.

It was unclear how many of the streams within the critical habitat area will be crossed by the pipeline, and how many times. Project-wide, Mountain Valley will ford nearly 1,000 streams and wetlands.

Plans call for temporarily damming some of the steams, digging a trench along the exposed bottom, burying the pipe and then restoring the water flow. The U.S. Army Corps of Engineers is reviewing permit applications for those crossings, while a second method of boring under other streams will be governed by the Federal Energy Regulatory Commission.

Clearing, grading and trenching for the buried pipeline will “harm or kill” some candy darters and degrade their habitat, according to the 362-page biological opinion. But over time, the population is expected to recover as steam conditions return to normal, the opinion found.

Harm will be “relatively small because most of the effects of sedimentation on individual candy darters are expected to be sublethal and because the impact areas ... comprise a relatively small portion of the species’ range,” the report stated.

Areas designated as critical habitat will be the focus for reducing sedimentation, protecting water temperatures, maintaining flows and curbing potential spills, among other activities, the Fish and Wildlife Service said.

Sedimentation from the pipeline is expected to last for up to five years. But candy darters have a lifespan of just three years, Curry said.

“So just looking at the bare biology, there’s an absolute chance construction could wipe out populations,” she said.

Other threatened or endangered species that live in the pipeline’s route through Southwest Virginia include the Roanoke logperch, the Indiana and northern long-eared bats and the Virginia spiraea, a flowering plant that is a member of the rose family.

Critical habitats for those species were established years ago, not long after they were listed by the U.S. Fish and Wildlife Service.

The Center for Biological Diversity and other groups worked for years to have the candy darter protected, Curry said, but the government often moves slowly and reluctantly with those matters.

“So when a species is listed as endangered, it’s a given that it’s in a real pickle,” she said.

When climate change, the increased number of severe storms and major construction are all considered, Curry said, “it’s a fantasy that the pipeline isn’t going to jeopardize the candy darter.”

Construction of the Mountain Valley Pipeline, should it continue, is not likely to jeopardize five endangered or threatened species of fish, bats and plants, a long-awaited federal authorization has concluded.

Two endangered species of fish — the Roanoke logperch and the candy darter — could be pushed closer to extinction if a natural gas pipeline is allowed to invade their waters, according to a legal challenge filed Tuesday by a coalition of environmental groups.

An opinion released by the Fish and Wildlife Service found that running a massive natural gas pipeline 303 miles through mostly rural terrain is not likely to jeopardize the candy darters.