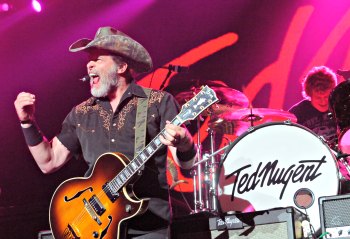 Ted Nugent, firing them up at Roanoke Civic Center in 2013. 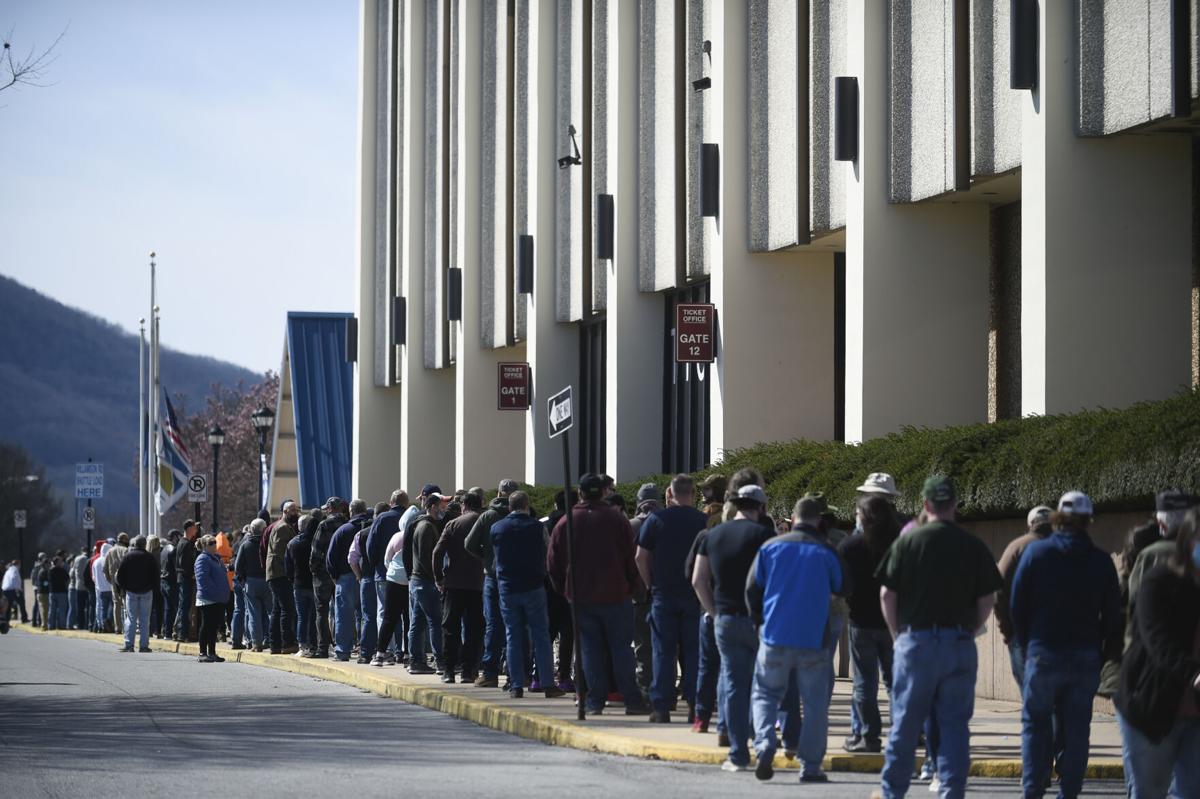 Hundreds of people lined up outside Roanoke’s city-owned Berglund Center March 20 for the Roanoke Valley Gun Show, just days after city council banned guns on all city-owned properties. The high turnout parallels record gun and ammo sales in the past year which some attribute to the COVID-19 pandemic as well as political concerns. Let year, the Virginia General Assembly granted local governments the power to restrict guns. The council’s action followed years of discussion of the issue.

Are you feeling perturbed about the “gun ban” Roanoke’s city council enacted March 15? Relax. The fears raised by opponents are largely hokum.

No, the law’s not a first step in the gutting of the Second Amendment. Roanoke Police aren’t going door-to-door seizing firearms. Nor will they begin July 1, when the so-called “ban” takes effect.

Yes, open carry is still permitted in most places around the city — the same goes for concealed carry by permit-holders. And yes, Roanokers are still allowed to own so-called “assault rifles,” and high-capacity magazines, and other gun-related paraphernalia.

Shooting ranges in Roanoke remain open for business. Same with gun stores. Law-abiding adults can buy as many handguns, shotguns and AR-15s as they can afford.

Instead, the ordinance prohibits people from bringing guns into city-owned buildings — such as city hall, the Berglund Center, libraries, rec centers — and city-owned property or parks, or at city-permitted events such as parades. (The law allows for certain exceptions.)

The ordinance also likely spells the end of gun shows at the Berglund Center, which have been semi-annual events for as long as I can remember. Big whoop. There will be gun shows in Salem.

Such restrictions are sensible for a number of reasons. Perhaps the best one is, they put Roanoke’s government on an at-least equal footing with rock ’n’ roll guitarist Ted Nugent. He’s an outspoken gun-rights advocate who’s served on the board of the National Rifle Association since 1995.

Until Roanoke enacted the ordinance, Nugent had more power to impose gun restrictions in the Star City than its elected officials did. The term Mayor Sherman Lea used to describe that was “ludicrous.”

To understand this strange imbalance, let’s go back to 2018, the most recent Ted Nugent concert in Roanoke. That summer, he played to about 1,000 inside the Berglund Center’s 2,100-seat Performing Arts Theatre.

The show happened July 17. Tickets went on sale in April. And that month, Berglund Center General Manager Robyn Schon told me guns would be allowed inside the Nugent show.

Neither the Roanoke City Council nor the city administration could do anything about that, because of a 2004 state law known as “local pre-emption.” It rendered moot many local gun control measures already on the books.

Also, it specifically forbade Virginia’s counties and cities from enacting pretty much any other “gun control” measure without specific approval of the Virginia General Assembly.

That proved hard to get in a Republican dominated legislature. House and Senate committees that handled firearms legislation routinely killed any bill that bore a whiff of gun control. If you doubt that, just ask Sen. John Edwards, D-Roanoke.

As recently as 2015, Edwards was considered one of the most pro-gun Democrats in Virginia’s legislature. That election year, his NRA rating was an “A.” And the organization endorsed him over GOP challenger Nancy Dye, who was an NRA member.

In 2017, 2018 and 2019, Edwards introduced legislation to allow Roanoke’s city council to ban guns inside its chambers during public meetings. And other lawmakers introduced measures allowing localities to ban guns in their municipal buildings.

Those bills failed each time, and the 2004 “local pre-emption” remained the law of the commonwealth.

However, Ted Nugent wasn’t covered by the statute, because he wasn’t a Virginia local governing body. And five minutes before the doors opened for his July 2018 show, “Ted’s folks” banned guns inside his show.

As Schon explained it on WSLS Channel 10, the city-owned Berglund Center inked a contract with a promoter from Nashville for the concert. The promoter had a “sub-agreement” with “Ted’s folks,” Schon said, that forbade guns inside the theater. The civic center was unaware of the sub-agreement until a security meeting before the concert. That’s when the promoter mentioned it.

So guns weren’t allowed. A couple of pistol-packing ticket-holders discovered that as they tried to enter.

The restriction was totally kosher, former city attorney Dan Callaghan explained to me in 2019. He cited a 2010 opinion from former attorney general Ken Cuccinelli — who’s about as pro gun rights as Nugent.

And that’s how Nugent could ban guns from his show at the Berglund Center even while the Roanoke City Council was powerless to do the same.

In 2020, after Democrats won control of the General Assembly, the legislature enacted a law that significantly weakened “local pre-emption.” It opened the door for the Roanoke ordinance.

And finally, the city council has more power to ban guns in Roanoke than Ted Nugent — which is the way things ought to be.

Art celebrating the Roanoke's diversity is replacing portraits of the city's former mayors, almost all of them white men.

Man pleads guilty in Roanoke in gas pump skimming case that took more than $40,000 from customers

Leandro "Leo" Sanchez will be sentenced later on a charge of conspiracy to commit bank fraud.

One person was killed and a second critically injured in a shooting that erupted just after midnight Wednesday, according to the Roanoke Polic…

Ted Nugent, firing them up at Roanoke Civic Center in 2013.

Hundreds of people lined up outside Roanoke’s city-owned Berglund Center March 20 for the Roanoke Valley Gun Show, just days after city council banned guns on all city-owned properties. The high turnout parallels record gun and ammo sales in the past year which some attribute to the COVID-19 pandemic as well as political concerns. Let year, the Virginia General Assembly granted local governments the power to restrict guns. The council’s action followed years of discussion of the issue.