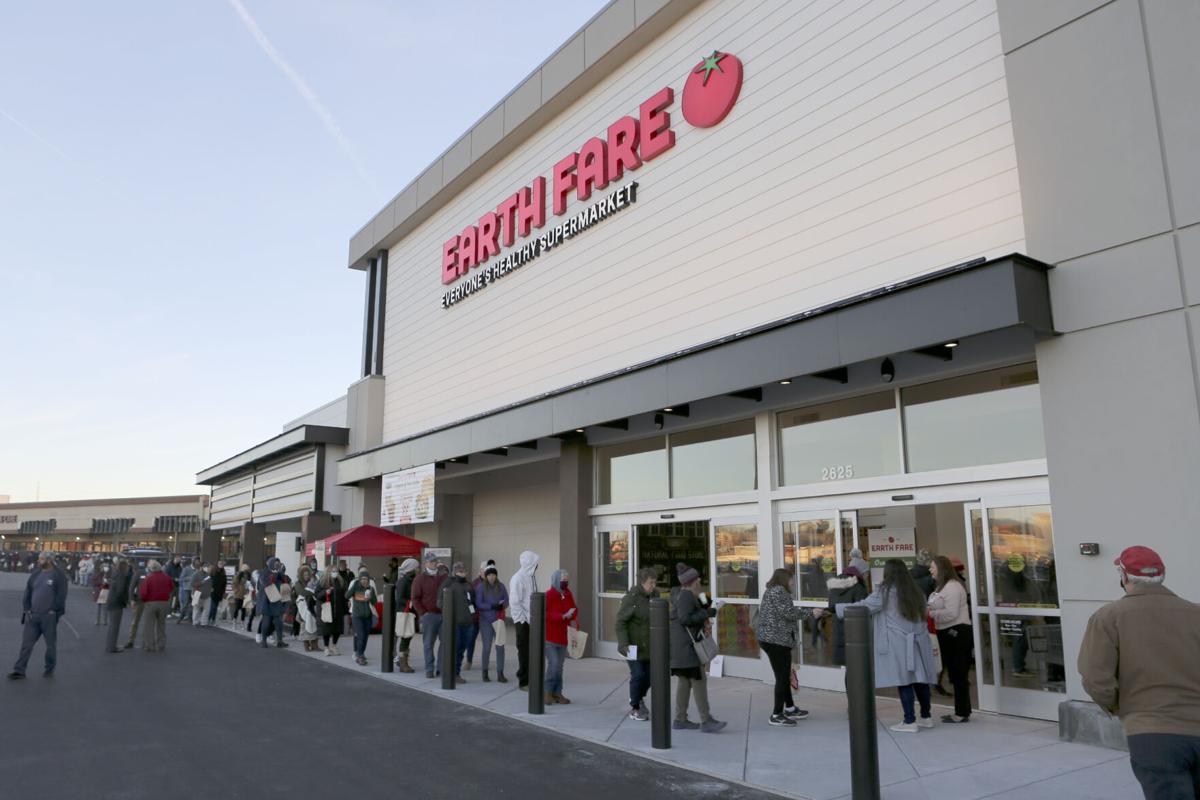 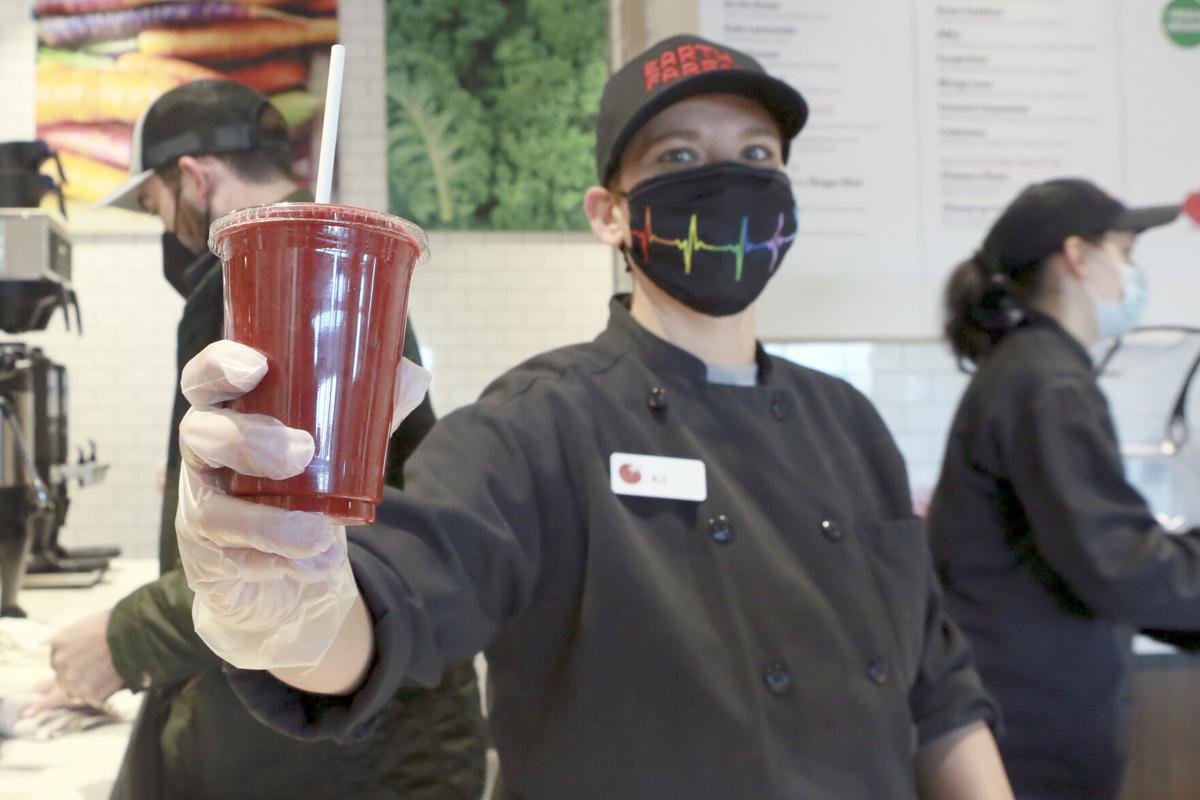 AJ Peters, nicknamed the Fruit Ninja, serves up a custom made “Purple Rain” fruit smoothly for a customer during the Earth Fare grand opening Wednesday.

CHRISTIANSBURG — Hundreds, some as early as 3 a.m. Wednesday, weathered the chilly temperatures as they awaited the opening of the latest addition to the town’s grocery scene and an anchor to ongoing redevelopment of the Marketplace shopping center.

The Christiansburg Earth Fare marks the chain’s third store in Virginia behind the already existing ones in Roanoke and Williamsburg and the company’s 24th overall, said spokeswoman Laurie Aker.

The opening of the store is seen as a milestone for the Marketplace, which had struggled with blight and vacancies for some years before starting a massive revamp that eventually breathed life back into the property. Other recent additions to the shopping center that have helped drive more traffic to the site in recent times include the Mission BBQ and Chipotle restaurants.

Christiansburg town officials view the Marketplace as a key player in the ongoing development of the town’s fast-growing northwest section. Other projects to come, and expected to complement the shopping center in the future, include the construction of a multi-purpose park on Peppers Ferry Road.

The Christiansburg Earth Fare is also another step in the Asheville, North Carolina-based grocer’s comeback since it filed for bankruptcy in early 2020.

“Earth Fare recognizes that the location in Christiansburg is an exciting and vital part of the community,” said Earth Fare President Mike Cianciarulo. “This is the very first Earth Fare that we have built from the ground up, under the ownership of Hulsing Enterprises, and we are beyond excited to introduce the Christiansburg community to this unique interior and welcome our guests through our doors.”

Hulsing Enterprises is run by Dennis Hulsing, the company’s president and CEO and the man who led the effort to revive the grocer after it filed for bankruptcy about two years ago.

The Christiansburg location occupies just over 23,000 square feet of building space and includes features and sections that are common in many grocers today. Those sections include a coffee and juice bar, a kitchen for prepared meals, a bakery and a meat, poultry and seafood area.

As part of Wednesday’s festivities, the store performed a mystery gift card giveaway for the first 200 shoppers in line. The store handed out one $500 gift card as part of the giveaway.

The event also involved the presentation of a $2,000 check to the Community Foundation of the New River Valley, which supports the local area with initiatives such as enhancing access to food and creation and expanding the availability of local foods.

Shoppers to the Christiansburg store were abuzz with excitement Wednesday. Some were glad to be able to shop at Earth Fare again after having shopped at another store in the past, while others discovered the grocer for the first time.

“I think it’s exciting. I’m happy to have Earth Fare back,” said Annie Bouton, who’s from Johnson City, Tennessee, and who would frequently shop at the grocer there.

Bouton, who attends the Edward Via College of Osteopathic Medicine in Blacksburg, said her favorite section is probably the deli where she said she can get items such as fresh chicken salad or fresh vegetable salads.

“That’s usually where I go,” she said as she browsed through the store.

Alexis McDaniel, a Virginia Tech student and native of the area, said she simply appreciates the wide availability of more health conscious foods.

AJ Peters, nicknamed the Fruit Ninja, serves up a custom made “Purple Rain” fruit smoothly for a customer during the Earth Fare grand opening Wednesday.