Cliff Boyd, a nationally recognized archaeologist, forensics researcher and one of Radford University’s longest tenured professors, passed away earlier this week after a decades-long battle with a rare form of cancer.

Boyd, 68, taught in the school’s Department of Anthropological Sciences for more than 35 years, winning various awards and authoring three books and over 300 publications on eastern U.S. archaeology.

Boyd’s wife and colleague, Donna, also a recognized educator, worked alongside her husband for years at Radford. She said he was “absolutely wonderful” in a phone interview Thursday afternoon.

She said she’d known Cliff since the fourth grade, where they both attended a K-12 school in their hometown of Johnson City, Tennessee.

She and her husband were several grades apart, but their paths crossed again at the University of Tennessee years later while Donna was an undergraduate student. Cliff Boyd had moved to Knoxville to begin his postgraduate studies in archaeology after a stint in the Peace Corps in Colombia.

“I was just walking down the street one day and there he was, and I was like ‘hey I know you’ … and the rest is history,” she said. “I basically changed my major to get a date with him.”

After receiving her doctorate in anthropology, Donna followed Cliff to Radford where they worked together since.

The two worked on several projects over the years together, including as co-directors of the Radford University Forensic Science Institute.

It was during their time in Radford that Cliff was diagnosed with android cystic carcinoma in his soft palate, which over the years metastasized to his brain, Donna said.

The rare, slow-growing cancer attacks the nerves and required Cliff to undergo several forms of treatment, though he continued to work and contribute greatly in his role as an archaeologist and academic, Donna said.

Cliff was left with several disabilities from multiple surgeries and radiation treatments, but Donna said he “never allowed that to stop him.”

Despite his battle with cancer, Cliff won several awards such as the Professional Archeologist of the Year award from Archeological Society of Virginia, the Foundation Award for Creative Scholarship from Radford University, the Outstanding Faculty Award from the State Council for Higher Education of Virginia and the Ellis R. Kerley Foundation Outstanding Research Award from the American Academy of Forensic Sciences, according to the university release.

Cliff assisted in hundreds of forensic death investigations in Virginia, and trained thousands of law enforcement agents on proper search, excavation and recovery of remains from covert graves with the Virginia Forensic Science Academy.

“He leaves a legacy that has established Radford University as a premier destination for students to study archaeology and forensic science,” said Orion Rodgers, the Artis College of Science and Technology dean. “He will truly be missed, but his contributions continue in the research and professionalism of the students he taught.”

“Dr. Cliff Boyd is an icon at Radford University and across the Commonwealth of Virginia. He was well known and highly regarded for his hands-on teaching methods and unique field experiences. He and his wife, Dr. Donna Boyd, brought a level of international prominence to Radford University through their leadership and work in the Forensic Science Institute. The Boyds were an incredible team in the classroom and the laboratory,” he said.

Donna Boyd also emphasized what an altruistic person Cliff was and how proud she was of his philanthropic endeavors and how good of a father he was to their three children.

“He was my best friend,” she said. 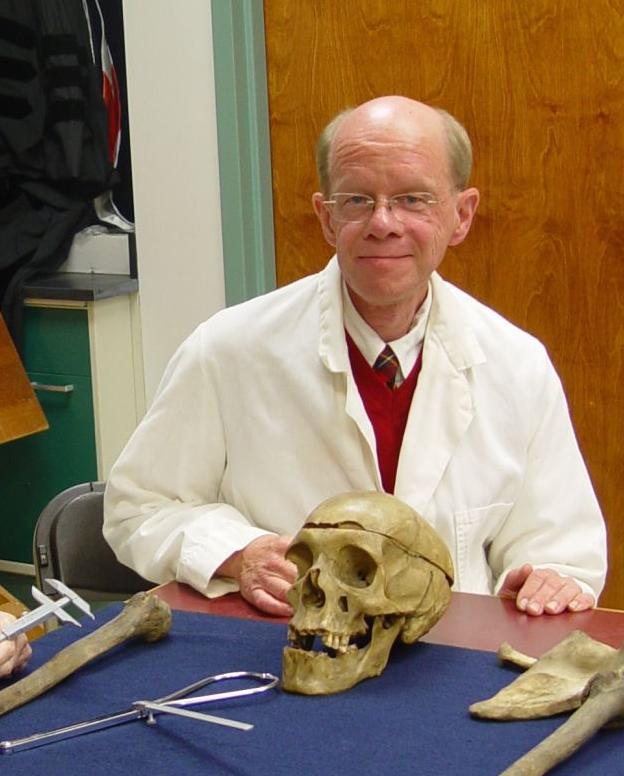 Dr. Cliff Boyd in 2017, after he and Dr. Donna Boyd had been recognized for a research paper.