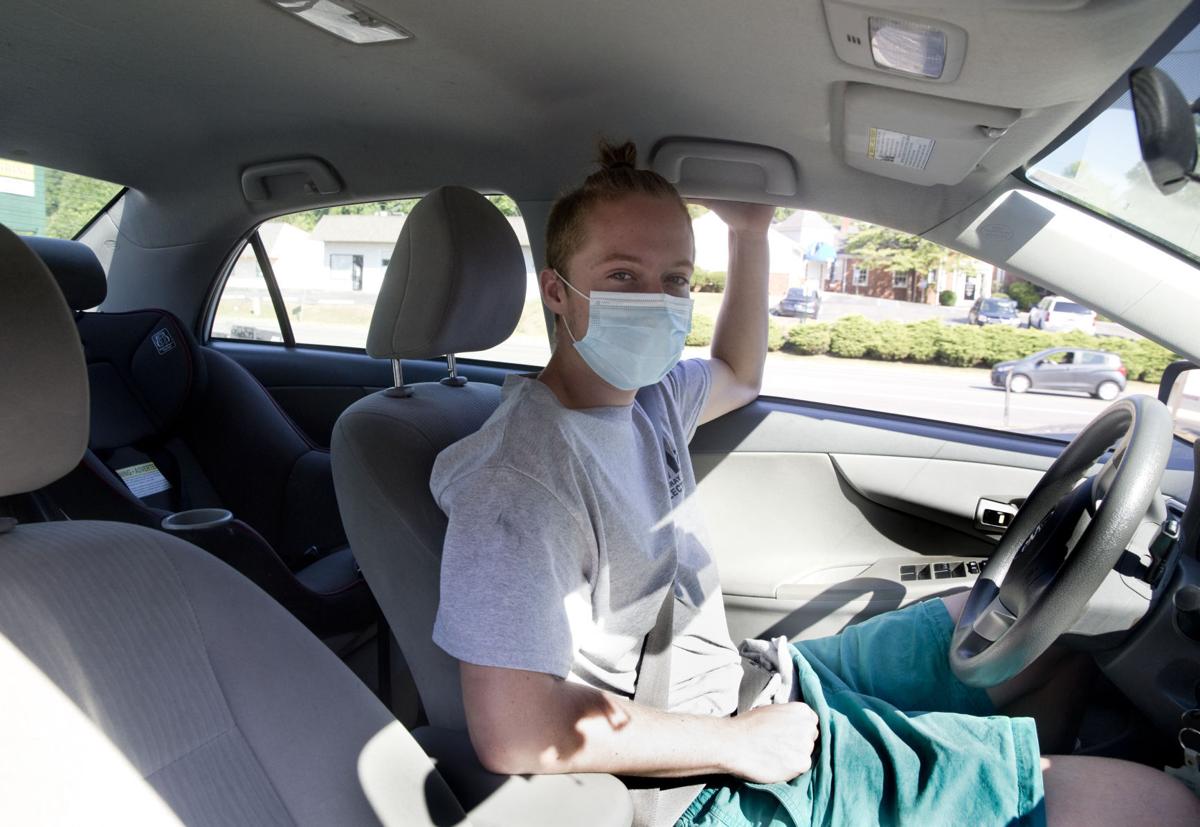 Rocky Palotas, 17, a student at Franklin County High School, waits in the driver’s seat for his instructor, Gabe Saker. Masks are required during the pandemic. 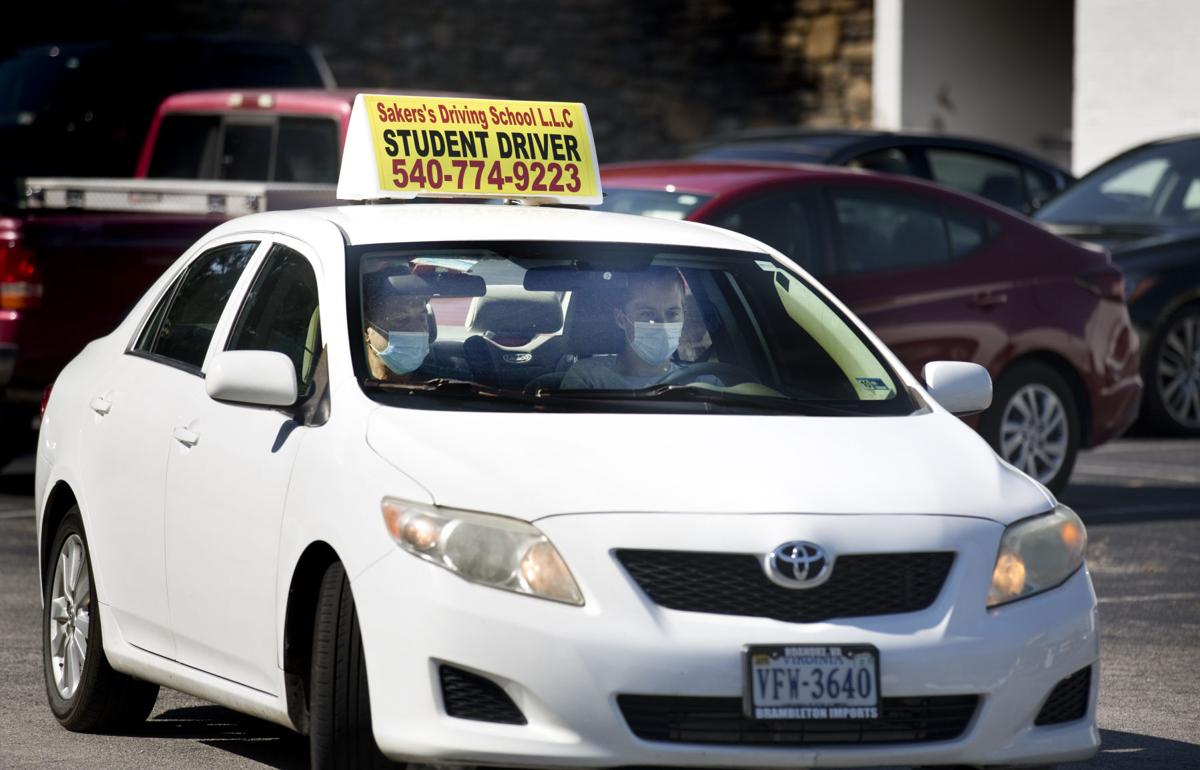 Getting a driver’s license, one of the biggest teenage milestones, has been put on hold in recent months, with closures at the DMV and waitlists at driving schools.

Private driving schools are “overwhelmed with driver training” because many school systems are not offering it this summer, said Gabe Saker of Saker’s Driving School in Roanoke.

To get a driver’s license, student drivers must complete both classroom education and behind-the-wheel instruction, then pass a road test. All three components are typically offered by high schools, but school shutdowns due to COVID-19 diverted many students to private driving schools instead.

Saker said this has led to a huge waitlist, and many teenagers are getting their licenses later than they expected.

Saker requires both the driver and instructor to wear masks in the car, and drivers can opt out of the peer observation requirement to avoid having a third person in the car.

Rocky Palotas, a rising senior at Franklin County High School and a behind-the-wheel student at Saker’s, said he doesn’t mind wearing a mask in the car.

“The only thing different is, it’s a little harder to hear what [Saker] is trying to say,” Palotas said. “But I actually like it. It’s clean. … You’re not smelling each other’s breath.”

Palotas and his driving partner, Lane Martin, decided to stick with the observation component. Palotas said it makes him more comfortable to have Martin, a rising senior at Hidden Valley High School, in the car with him.

The two 17-year-olds have already completed the classroom portion, Palotas with Saker’s online program and Martin through the school system in a previous year.

Now, they have to complete 30 hours of behind-the-wheel training and pass their road test.

Palotas said he had been planning to take driver’s ed through his school but ended up at Saker’s instead. He said the driving school’s online classroom portion was “pretty straightforward,” although not having an in-person teacher was a noticeable difference.

“I had to ask my dad and some coworkers about some things,” he said.

Martin had also planned to finish the licensing process with his school, but Roanoke County Public Schools canceled its summer behind-the-wheel program entirely.

Schools are still offering the classroom portion in an online format, said Kevin Burcham, who supervises driver’s education in the county.

“If they can’t take that class in the summer, it limits what they can take in the fall,” Burcham said, adding that he didn’t want students to miss out on other electives to take driver’s ed.

He said there are typically 50 to 60 kids enrolled in behind-the-wheel training every summer. But the county advised all families to look into private driving schools this year, even though they tend to be more expensive. Burcham said schools charge about $200, while the cost at Saker’s is $449, according to its website.

Saker said anyone who has completed the classroom and behind-the-wheel components can take the road test at his school. The DMV offers road tests, too, but only to drivers who are over 18.

But he’s advising people who only need the road test — and who meet the age requirement — to wait until there’s an opening at the DMV because it’s much cheaper.

“And honestly, we don’t have the time to do it,” Saker said, adding that although DMVs are also backlogged, that route might still be faster than a private company.

The DMV has also modified its process. Instead of sitting in the car with an instructor, drivers will “operate the vehicle at the direction of the test examiner who will communicate from outside the vehicle via an open window,” according to a July 1 news release.

Teen drivers who pass the road course get a temporary license. Normally, they then wait another four to six months to receive their permanent license during a ceremony at the courthouse.

Permanent licensing is one aspect of the process that, while different, hasn’t been slowed down. In accordance with statewide guidelines, the Roanoke Juvenile and Domestic Relations Court has suspended in-person ceremonies, opting for a no-contact alternative.

“We’re actually mailing out those licenses to qualified recipients as we receive them form the DMV,” said court clerk Michelle Esparagoza.

Esparagoza said informational pamphlets are included in the mail with the license on topics like drunk driving, which would’ve been covered during the ceremony. She said her office has been mailing licenses since March and has not experienced any delays.

This is good news for Pelotas and Martin, who will soon complete their behind-the-wheel training and await that package in the mail.

Rocky Palotas, 17, a student at Franklin County High School, waits in the driver’s seat for his instructor, Gabe Saker. Masks are required during the pandemic.