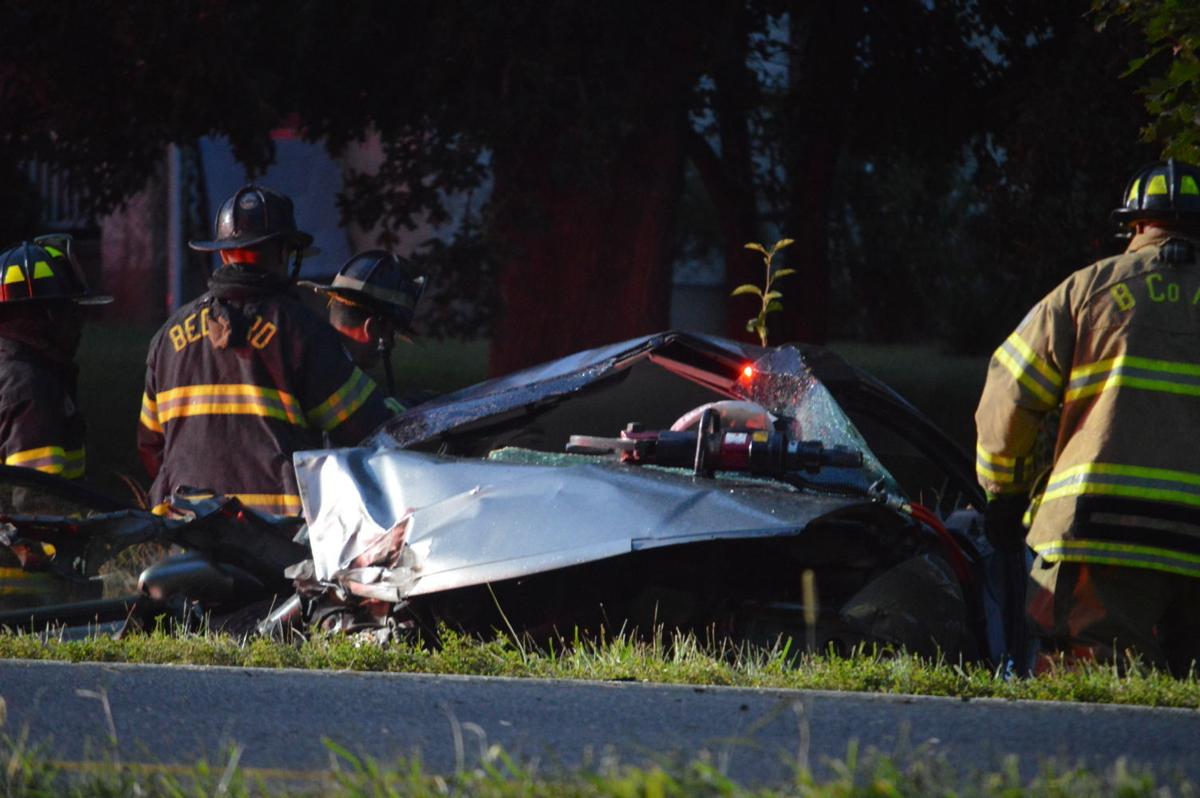 Emergency crews surround the wreckage of a car that slammed into a utility pole on U.S. 460 on Thursday. Photo by Ashlie Walter 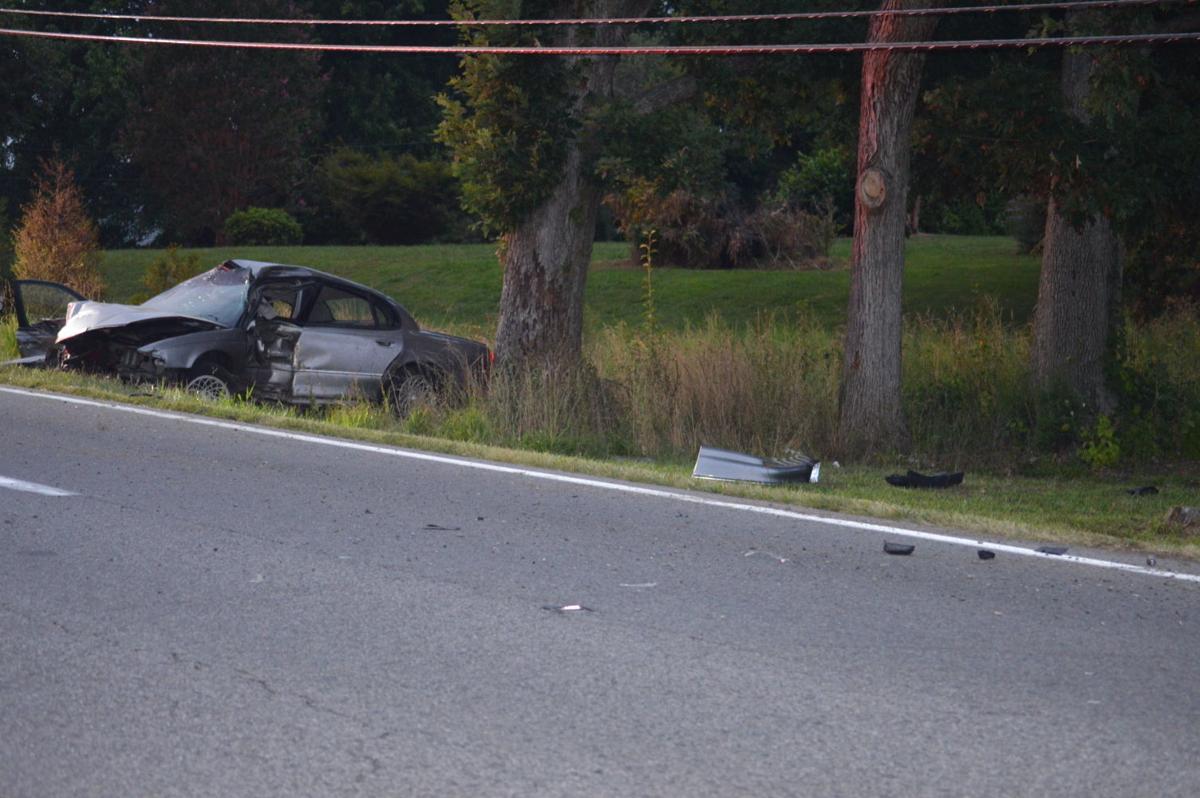 The wreckage of a car that hit a utility pole and a tree sits on U.S. 460 on Thursday evening. Photo by Ashlie Walter 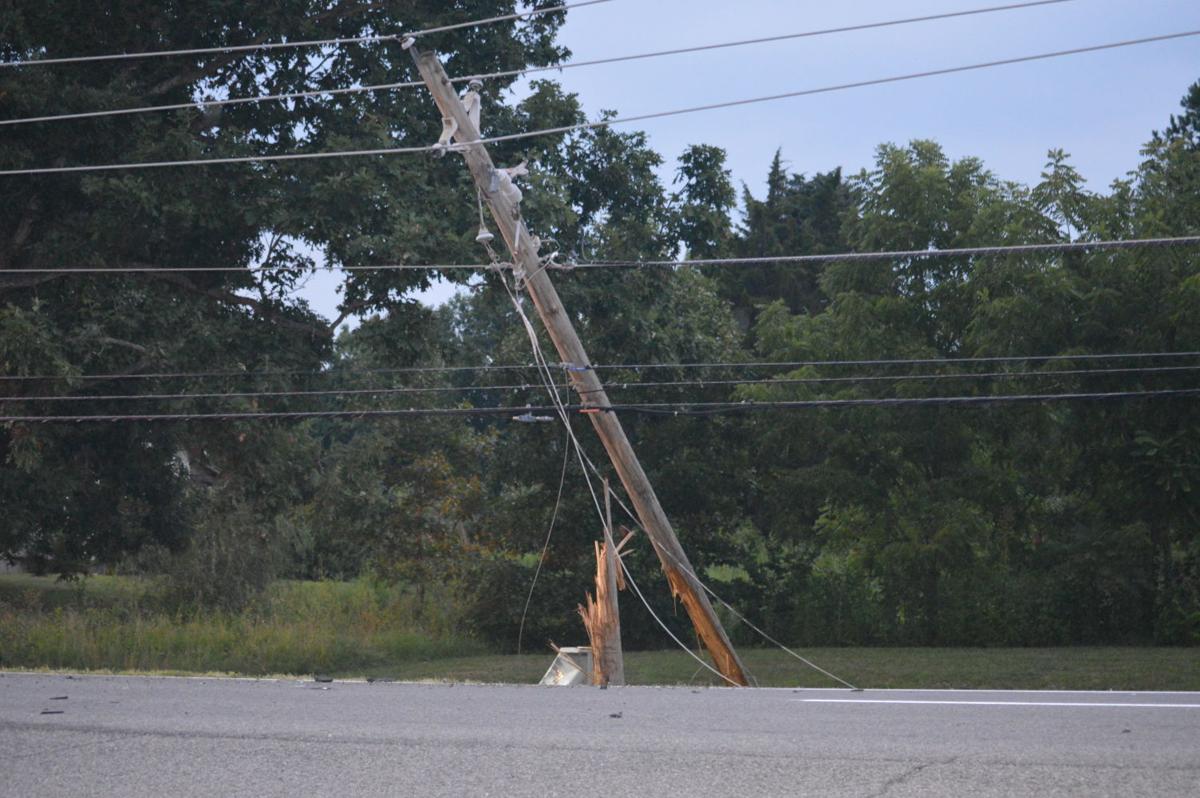 A damaged utility pole hangs by its wires on U.S. 460. Photo by Ashlie Walter

BEDFORD — One person died in a single-vehicle crash on U.S. 460 just west of the town of Bedford on Thursday evening.

The crash shut down both eastbound and westbound U.S. 460 near Haven Heights Drive and severed power to some 1,500 Appalachian Power customers.

Virginia State Police officials at the scene said there was only one occupant in the vehicle. That person died at the scene.

The victim’s identity was not released as of press time Thursday.

The crash was reported at about 6:50 p.m. The car most likely was traveling westbound when it hit a utility pole and a tree, Bedford Fire Department First Lt. Matt Scott said.

First responders shut down both sides of the highway due to the damaged power lines, but reopened one lane on each side after Appalachian Power crews arrived to replace the utility pole.

The utility company had to turn off power at the nearest substation. As of press time, about 230 people remained without power but an Appalachian Power spokeswoman said electricity should be restored by early Friday morning.

Scott noted this was the first call the department used its new rescue truck with entrapment equipment. The car had severe damage after the crash.

Emergency crews surround the wreckage of a car that slammed into a utility pole on U.S. 460 on Thursday. Photo by Ashlie Walter

The wreckage of a car that hit a utility pole and a tree sits on U.S. 460 on Thursday evening. Photo by Ashlie Walter

A damaged utility pole hangs by its wires on U.S. 460. Photo by Ashlie Walter