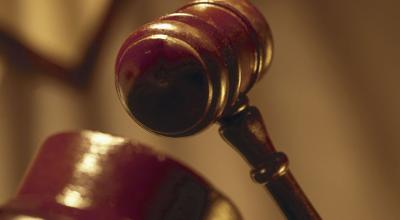 Munchausen by proxy is an extremely rare mental illness in which a caretaker falsifies symptoms or causes real illness in a child. The disorder was the subject of a 2019 series on Hulu called “The Act.”

Rehak said Friday’s plea agreement resulted in Emily Rose Byrum’s conviction for child endangerment. Defense attorney Rick Boyer of Lynchburg highlighted Byrum’s avoidance of an active prison sentence and the dropping of more serious charges against her and her husband. Boyer said Emily Byrum admits no wrongdoing and the couple now will work to regain custody of their infant child, the purported victim in the case.

In an Alford plea, a defendant maintains innocence but concedes that the evidence would support a guilty verdict. Boyer said that Byrum, 24, chose to enter the plea in Radford Circuit Court “simply to eliminate the risk that always comes with a jury trial.”

Rehak said that the case involved the Byrums’ child, who became sick at about 3 months old, had a feeding tube put in at 5 months, and had a series of symptoms that snowballed through the fall of 2020. By the time that the child was 1, there were 18 trips to the emergency room and eight hospitalizations, and the child was on 13 medications, Rehak said.

The prosecutor said that the child’s medical records ran to about 1,700 pages. The child’s primary diagnosis was failure to thrive, Rehak said. “Feeding issues dominated the records. But there were a dozen or more reported symptoms doctors failed to find or replicate,” he wrote in a text after the hearing.

The Department of Social Services removed the child from the parents’ custody in February 2021, and the child quickly began to improve, Rehak said. The child has reached normal weight and height, and is thriving while living with foster parents, Rehak added.

Boyer said that a series of experts would have been called to defend Emily Byrum if the case had gone to the jury trial that was scheduled to start Monday and run for three days.

Emily Byrum was diagnosed with autism, Boyer said. This did not affect her intellectual functioning, but when caring for a child, made it difficult for her to interpret “the rapidly changing instructions from a large group of doctors,” Boyer said.

A plea agreement dropped charges of aggravated malicious wounding, and of child abuse or neglect, along with all charges against Byrum’s husband, Cory Allen Byrum, also 24.

Police gathered this morning at Lee-Hy Manor in the 3700 block of Stratford Park Drive Southwest.

"We just from time to time as a governing body have to talk to the public about the outcomes," Mayor Sherman Lea said Tuesday. "Are the numbers going down? Or are we having a shooting two, three times a week?”

"It appears he stole the U-Haul in another locality," Amy Whittaker, Roanoke County public information officer, said Thursday. "We don't know where he was headed or why. He was alone."

DeAngelo Omer Baker, 34, of Roanoke was arrested the day of the drug bust, when police seized more than two pounds of fentanyl, other narcotics, money and firearms.

Kelly Givens admitted to misapplication of more than $1,000 in funds from the FedStar Federal Credit Union.