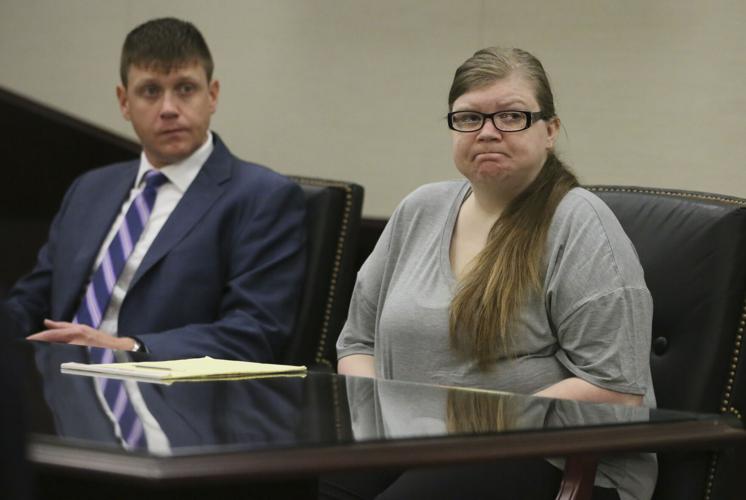 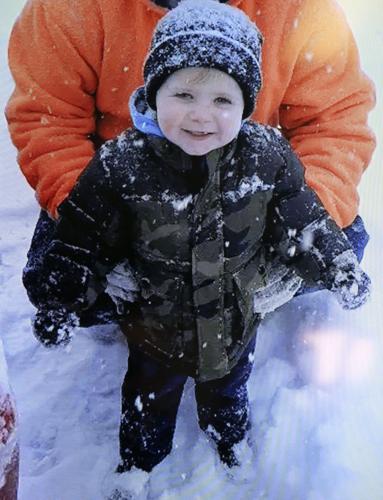 Kayla Nicole Thomas kept her eyes cast downward, fixed on the table in front of her, as her relatives spoke Thursday about the heartbreak and horror of what Thomas had done to her young son.

“I cannot wrap my head around it,” said Melinda Chrisley, Thomas’ mother, describing sleepless nights and tear-filled days spent consumed with wondering how such a thing could happen.

“He was so precious,” she said of her grandson, 2-year-old Steven Dale Meek II. “She was supposed to protect that baby.”

Thomas, 28, was sentenced Thursday for the sexual abuse of her son, crimes she said she committed at the insistence of her boyfriend, who later murdered Steven.

A jury took just an hour to convict her on all charges after a trial in June, and urged the courts to sentence her to two life terms plus 10 years.

During Thursday morning’s hearing, Judge Mike Fleenor said he saw no reason to go against the jury’s recommendation.

“They are the conscience of this community,” he said, adding the evidence had been overwhelming that Thomas committed acts the judge described as depraved and unfathomable.

“This has been a very disturbing, unsettling and just awful case for everyone involved to say the least,” he said.

Thomas will be on probation if she is ever released from prison. But Fleenor said it was improbable that she would ever be free again.

Commonwealth’s Attorney Mary Pettitt said the life sentences were the only “reasonable and just” outcome for such a case.

Thomas, when confronted by investigators in 2019, admitted to performing sex acts on her son and recording it to share with her boyfriend, McKenzie Kyle Hellman, who she lived with in Christiansburg.

At trial, she testified that Hellman had been using methamphetamine and she gave into his demands on that day, the morning of Jan. 8, 2019, out of fear of him.

Prosecutors noted that she continued to reach out to Hellman while in jail, writing him love letters, with one sent as recently as two weeks before her trial date.

Steven was hospitalized three days after the sexual abuse with what investigators later determined were 22 separate blunt-force wounds to his head, among an array of other injuries. He died at the hospital on Jan. 13, 2019.

Hellman’s own young son, who also lived with the couple, told investigators that Hellman had struck and kicked Steven.

A jury found Hellman, 27, guilty of child sex abuse and pornography charges. He was scheduled for a separate jury trial for killing the boy but pleaded guilty to second-degree murder.

He is now serving a sentence of two life terms plus 90 years.

During her sentencing hearing, relatives of Steven, including his father, testified to the deep grief that his loss has created. Several said they were battling depression and anxiety.

Thomas and her son had lived with her parents until about five months before his death. There had been no signs of abuse then, relatives said.

Steven was described as a cheerful, loving boy, who shadowed his grandparents, begging them to sing another round of Baby Shark or insisting on helping them with chores.

The toddler often made a bigger mess during his attempts to help, said his grandmother. “But I didn’t care,” she said. “He was my world. He was my first grandchild.”

When Thomas moved out, her parents said, they got to see the child less and less.

C.J. Chrisley, Thomas’ stepfather, said he was last able to see Steven that October. The family didn’t get to spend Thanksgiving or Christmas with him. They still had a stack of wrapped gifts waiting for him when he was killed. His grandmother packed them away. She couldn’t bear to donate the toys or let other children play with them.

“It’s been horrifying,” C.J. Chrisley said. “We will carry this every day for the rest of our lives.”

Chrisley added they loved their daughter and prayed for her soul. But they couldn’t comprehend what she had done.

“She was not raised that way,” he said.

The defense called no witnesses to address the judge before the sentence was delivered. But Thomas made a statement, rising and removing her face mask, revealing she had been crying.

“I am deeply, deeply remorseful for what happened,” she said. “I’d give anything to have my baby boy back. I’d do anything to get a second chance, and to do right by my son like I should have done in the first place.”

Violence in Mexico: President under fire for security strategy

5,760 cases of Capri Sun recalled due to cleaning solution contamination

5,760 cases of Capri Sun recalled due to cleaning solution contamination