PULASKI — A man who binged on opioids, then drove across the center line into a head-on collision that killed a sheriff’s deputy was sentenced Wednesday to serve 14 years in prison.

Michael Dominic Morris, 26, of Pulaski, had pleaded guilty in July to aggravated involuntary manslaughter and to driving while under the influence. Both charges came from the Jan. 14 death of Pulaski County Sheriff’s Office Sgt. Perry Hodge, who was off duty and on his way to an early morning gym workout when he died.

Morris’ pleas came in exchange for dropping charges of felony murder and grand larceny of a vehicle. But there was no agreement about sentencing and Wednesday’s hearing in Pulaski County Circuit Court centered on arguments about what punishment would be appropriate.

Judge Robert Turk ended up imposing sentences of 20 years for the manslaughter charge and 12 months for intoxicated driving. The judge said that after Morris served 14 years, the remainder would be suspended.

Additionally, Morris is to be supervised by the probation office for five years after his release, his driver’s license is revoked, and he must take a substance abuse assessment and follow whatever treatment recommendations come from that, Turk said.

And Morris must pay $6,148 to Hodge’s widow for funeral and burial expenses, Turk said.

Testimony on Wednesday revolved around the huge loss felt by the family and friends of Hodge, who worked for the sheriff’s office for more than 15 years and supervised school resource officers.

“It didn’t matter if it had been one year or 100 years, it wouldn’t have been enough time with Perry,” said Hodge’s sister, Tina Duncan.

Turning to Morris, Duncan said that she knew he had not meant to kill her brother, and that she wished him and his family peace.

Melissa Quesenberry, Hodge’s stepdaughter, also testified about the void left by Hodge’s death and told Morris that despite this, she hoped that somehow his life could move in a better direction.

The elder Morris said that his son’s life was complicated by injuries, including a brain injury, that the younger Morris sustained while in the 11th and 12th grades at Pulaski County High School. He said that it was only after the wreck that killed Hodge that his son told him that he had a drug problem.

Asked by Turk if he’d known that his son apparently had used heroin for the past seven years, the father said no, and that he thought that Xanax was his son’s drug of choice.

At the younger Morris’ plea hearing in July, Commonwealth’s Attorney Justin Griffith described how an intoxicated Morris journeyed between parties and gatherings across Pulaski County and Radford for more than 12 hours before the 4 a.m. crash on U.S. 11. After the wreck, Morris told officers that he had taken Xanax and thought it might have contained fentanyl. A blood test indicated Morris had used heroin not long before the collision, Griffith said in July.

On Wednesday, Griffith pointed to what he called Morris’ habitual disregard of the law as evidenced by more than 40 traffic infractions and said that he had collided with Hodge at 50 mph.

Sentencing guidelines called for a punishment between three years and three months and seven years and seven months.

Griffith urged the judge to consider “the tremors of grief that … will continue forever” in Pulaski County, and to impose a long sentence.

“Set those guidelines aside and hit him head-on with justice,” Griffith said.

Defense attorney Rob Dean countered that while Hodge’s death was terrible, the judge could not look at a community’s grief as a factor in sentencing. If the victim had been someone who was not widely known, Dean asked, should that person’s killer receive a lighter penalty?

The purpose of sentencing guidelines is to indicate where justice may lie, Dean said, and urged Turk to stay within them.

Turk, however, said that he would go upward from what the guidelines recommended.

Before the judge pronounced his sentence, Morris stood and said that he acknowledged his poor judgement and irresponsibility, and wished he could have died instead of Hodge. He said that he hopes to use the rest of his life to somehow make a positive difference for others.

He asked for forgiveness.

The Jan. 14 crash on U.S. 11 killed Sgt. Perry Hodge, who was off-duty and on his way to an early morning workout.

Sgt. Perry Hodge died in the Jan. 10 wreck while on his way to work.

Michael Dominic Morris, 26, who faces an array of charges tied to the death of Sgt. Perry Hodge of the Pulaski County Sheriff’s Office, was denied bail in Pulaski County General District Court on Wednesday. He remains in the New River Valley Regional Jail.

A driver allegedly crashed into a roadside memorial to a Pulaski County sheriff’s deputy who died last month in a wreck.

A Pulaski man who allegedly crashed into a sheriff's deputy and killed him earlier this month has been charged with murder. 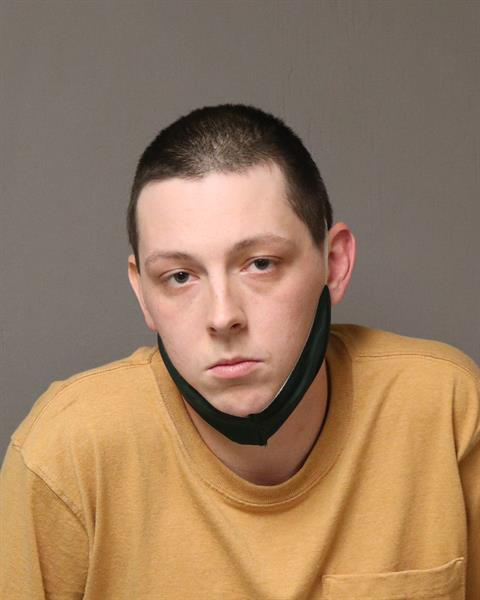 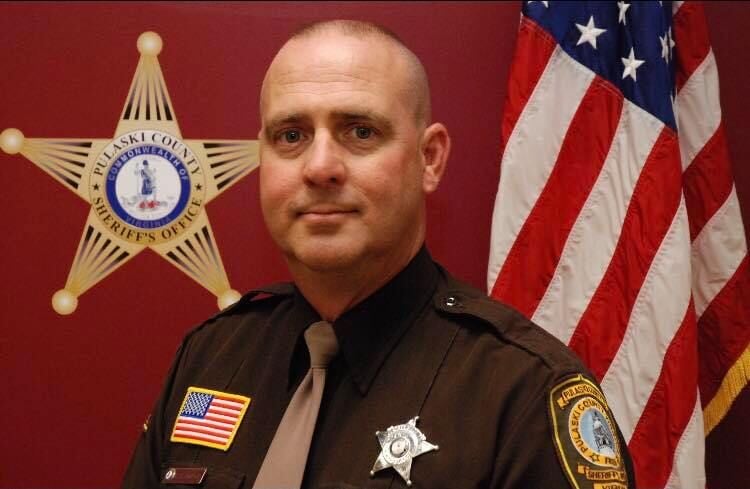