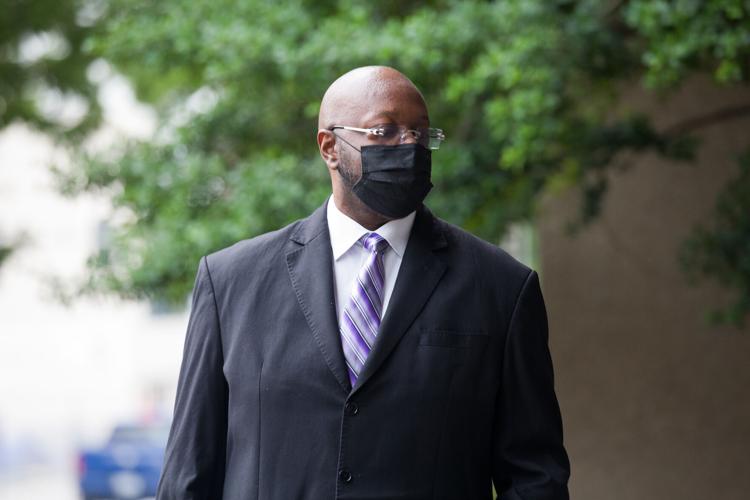 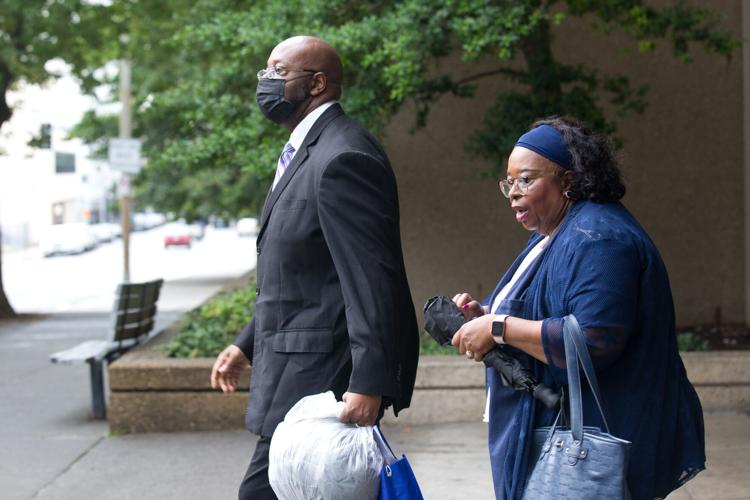 Former Roanoke City Councilman Robert Jeffrey Jr. is greeted by his mother Evangeline Jeffrey as he walks out of the city jail on Wednesday.

Former Roanoke City Councilman Robert Jeffrey Jr. bonded out of jail late Wednesday afternoon, four and a half months after criminal convictions that cost him his office and put him in jeopardy of going to prison later this year.

He hugged his mother and walked to her car, pausing only to refer a request for a comment to his attorney. A 53-year-old kidney patient, he responded to a question about how he was feeling with, “Need a cheeseburger.”

Jeffrey, a former magazine publisher who also operated a property management business, faces a scheduled sentencing next month for the incidents of which he was convicted. One involved obtaining pandemic relief money for his businesses under false pretenses from the Roanoke Economic Development Authority. The other involved a series of embezzlements from the Northwest Neighborhood Environmental Organization in 2020 and 2021, while working as its property manager.

The felony convictions came in a series of decisions and rulings in mid-March. A jury found him guilty of the relief money charges, at which point he was led off to jail. Later the same week, he pleaded no contest to a single count of embezzling from the non-profit NNEO and was convicted by a judge. Prosecutors agreed to drop a second embezzlement charge.

According to Virginia law an elected official convicted of a felony forfeits their seat once all appeals are final. In his plea deal, Jeffrey agreed not to appeal the embezzlement conviction. Council appointed Anita Price to serve in Jeffrey’s absence through the end of this year. A special election in November will select a council member to finish out Jeffrey’s term, which runs until the end of 2024.

Republican Peg McGuire and Democrat Luke Priddy are running in that race.

It was looking as if Jeffrey might stay behind bars until his sentencing, scheduled for Aug. 22.

Circuit Judge David Carson, who presided over Jeffrey’s trials, rejected his request for bond in June, citing the three convictions. But at Jeffrey’s request, the Virginia Court of Appeals reviewed the matter and last week ordered Carson to set bond. In making the case for bond, Jeffrey attorney Melvin Hill noted that Jeffrey was convicted of non-violent crimes, had no previous criminal convictions and is in ill health.

The parties gathered in court Wednesday, within about a week of the higher court order. Carson said he stood by his earlier use of the court’s discretion to deny Jeffrey bond, but acknowledged he had been ordered by a higher court to set it—and he did so at $2,500 cash or $25,000 with surety. The details of how Jeffrey met the bond obligation were not immediately available.

Carson imposed several conditions of release, including that Jeffrey stay home except for medical or legal appointments.

In one further condition, Carson said that if Jeffrey satisfied the bond in cash, the court would hold the money for Jeffrey’s victims. Prosecutors have said Jeffrey illegally took $200,000 from the NNEO and $15,000 from the government agency and the money should be paid back.

Assistant Commonwealth’s Attorney Shari Mason urged Carson to set a high bond, suggesting $200,000 in cash. She cautioned against release, saying Jeffrey has had a bankruptcy and a history of making bad business decisions and skipping out on debts. “He quite honestly just steals from people,” she said.

Jeffrey faces a possible term of 22 to 57 months in prison.

Former Roanoke Councilman Jeffrey gets sentence of more than 2 years

He was convicted of felony financial crimes.

Former Roanoke City Councilman Robert Jeffrey Jr. is greeted by his mother Evangeline Jeffrey as he walks out of the city jail on Wednesday.