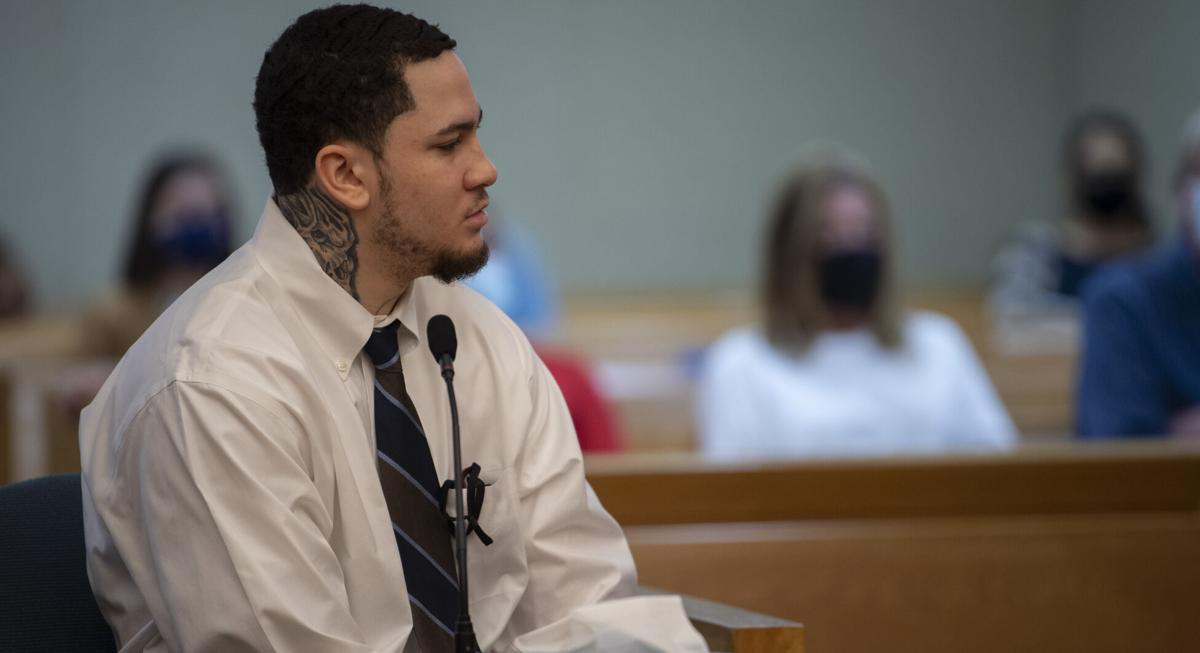 Demarcus Shaiquan Glenn testifies during his murder trial in Roanoke Circuit Court on Wednesday. A jury found him not guilty of all charges. 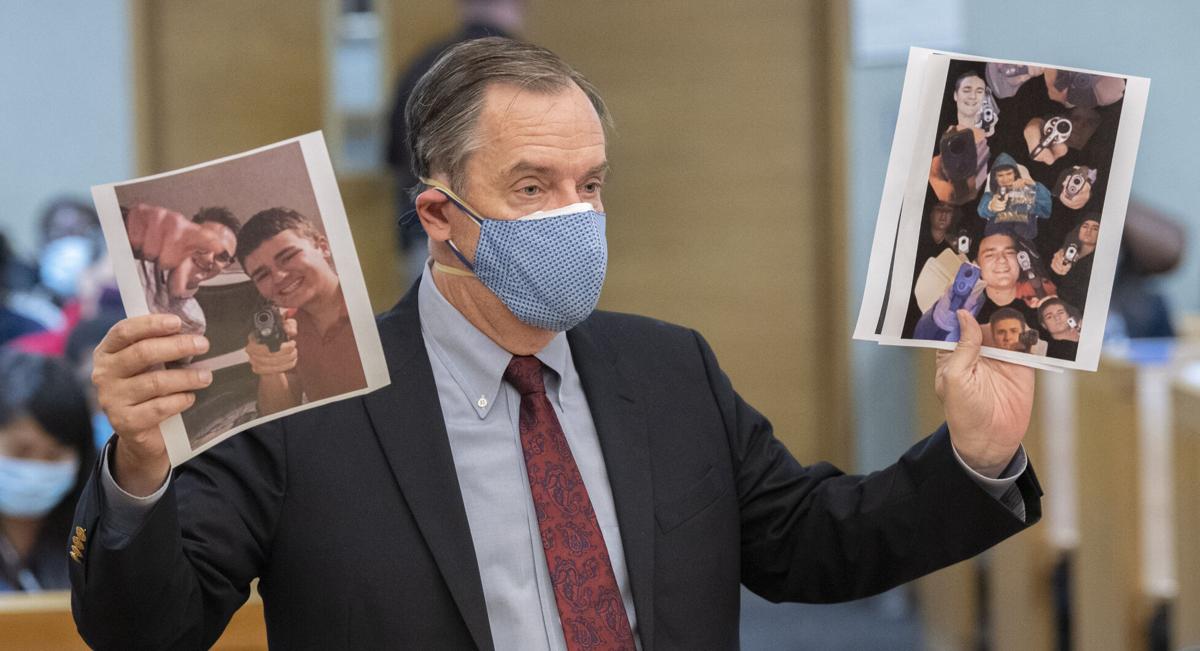 Demarcus Shaiquan Glenn, who was 20 at the time of his arrest, acknowledged that he shot 16-year-old Tyler Polumbo on a spring night in 2019 but said he acted in self-defense after Polumbo pulled a gun and attempted to rob him of drugs.

“I was scared. I didn’t want to get shot,” Glenn, now 22, testified during a two-day trial where he was facing a string of charges that included first-degree murder.

The prosecution argued it was Glenn who was intent on robbery and brandished a gun first. Polumbo, whose left arm was in a cast, and a teenage friend who was with him during the drug deal gone wrong would have seemed like easy marks, authorities suggested.

Glenn and Polumbo had never met one another before when an acquaintance connected them on a Friday night in 2019 and helped arrange a meetup so Polumbo could buy a couple ounces of marijuana, according to court testimony.

Glenn agreed to go to Polumbo’s home in Southwest Roanoke, where they met on the front porch, for the sale. Both Glenn and Polumbo’s friend, Dylan Keith, who was 18 at the time, agreed what happened next went down quickly, with Keith estimating it all took a span of about two minutes.

Glenn testified that Polumbo began raising a gun to him and demanded his weed. He grabbed Polumbo’s right arm and pulled out his own gun as the two struggled. He felt his grip on Polumbo slipping and pulled his trigger.

Keith said it was Glenn who grabbed Polumbo while the teen was sitting in a chair and held a gun over Polumbo's shoulder, pointed downward toward his chest, while demanding money. He testified that Polumbo tried to stand up but Keith didn’t see what happened next, only heard the single gunshot, as he turned and dove headfirst over the porch railing to get to safety.

Polumbo died on the porch before medics arrived, bleeding out as the bullet, which entered his shoulder, cut a diagonal path across his torso, hitting a lung, a rib and, most crucially, his heart, according to medical testimony. The injuries from the single shot were so catastrophic that he had virtually no hope of being rescued, officials said.

Glenn, who said he was panicked after the shooting, took off afterward on foot. He was arrested and charged 11 days later.

In court, attorneys sparred over witness credibility, Polumbo's and Glenn’s characters, and the conclusions suggested by forensic evidence.

Prosecutors said a flurry of money, stained by blood, was found scattered around Polumbo’s body, supporting an attempted robbery for cash.

“It was not self-defense in the slightest,” said Assistant Commonwealth’s Attorney John McNeil. “That’s a story he fabricated to tell you in an attempt not to hold him accountable.”

Defense attorney Chris Kowalczuk urged the jury to consider another point. That a handgun was found underneath Polumbo’s body by his right leg. The gun didn’t belong to Glenn.

The prosecution’s case, he noted, was that the gun was hidden behind a flower pot near Polumbo and he must have reached for it when Glenn threatened him.

Kowalczuk called that ridiculous but also seized on the element of speculation in the theory. Officials said he probably reached for it, he stressed. That isn’t enough to pass muster, he said.

“It’s so absurd,” he said. “The commonwealth cannot get around that.”

Ultimately, after deliberating for a little over two hours, a 12-person jury found Glenn not guilty on the charges of first-degree murder, attempted armed robbery and two counts of use of a gun in a crime.

Loved ones of Glenn began crying and holding one another after the verdicts were announced. Glenn, who’s been in jail since his arrest in 2019, was escorted out to be processed for release.

Circuit Judge Onzlee Ware urged him to take something away from everything that had happened.

“The jury has spoken,” he said. “So good luck to you, young man. Learn something from this.”

Demarcus Shaiquan Glenn, 23, was indicted Tuesday by a grand jury in U.S. District Court in Roanoke on firearm charges.

Demarcus Shaiquan Glenn testifies during his murder trial in Roanoke Circuit Court on Wednesday. A jury found him not guilty of all charges. 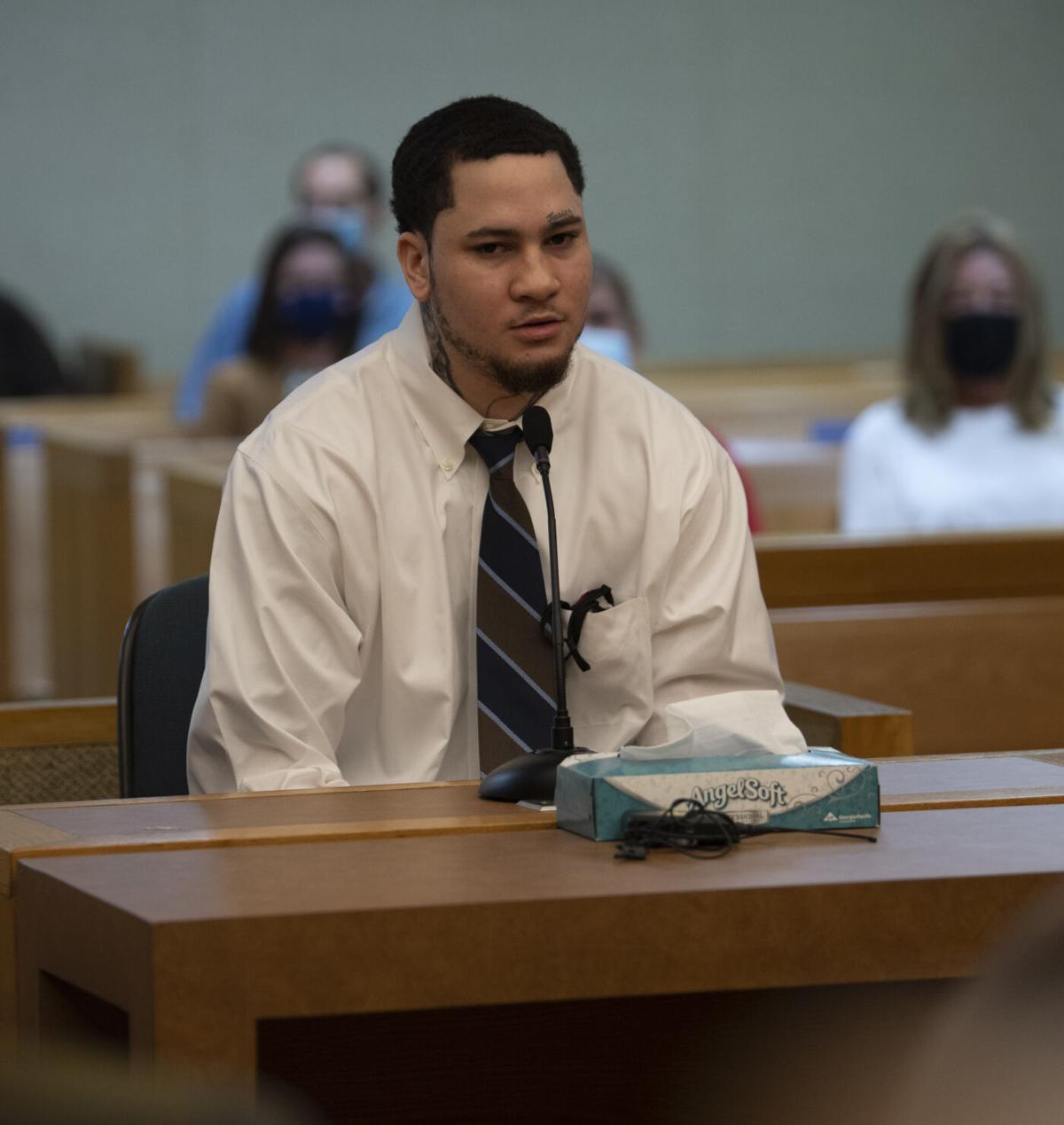