The Salem Police Department took a teenager into custody Friday night after photos depicting firearms and threats were posted on social media and brought to the attention of Salem High School administrators.

The school’s parents and guardians received an email about the incident from Principal Scott Habeeb at about 8 p.m. Sunday.

“While these photos were non-school related, we immediately shared them with our School Resource Officer,” Habeeb wrote.

As a result, Salem police conducted an investigation and took a juvenile into custody, Habeeb said. The principal added that police don’t believe there is or was a credible threat to the safety of students or staff.

“Please do not read this message as a response to an actual or credible threat. We have no evidence that any SHS students or faculty members were ever in danger,” Habeeb said in his email. “Rather, this message is a response to the fact that we understand social media posts about this have caused considerable concern within the Spartan Family, and we wish to allay those concerns.”

Mike Stevens, Salem’s communications director, said the city will not elaborate on the type of charges that have been served.

“It involves a juvenile and the incident is still under investigation,” Stevens said in an email Tuesday.

The police department and the high school have encouraged parents to monitor their children’s social media activities and accounts.

“Thank you to all of the concerned parents who reported the disturbing content directly to school authorities and/or the Salem Police Department,” Habeeb said in his email. “I thank those of you who took the time to text me. We always prefer direct communication, as we are all on the same team working together to love and serve our young people.”

Katie Ferguson, whose son attends the high school, shared the concerning photos in a post on Facebook on Friday.

Ferguson said her son made her aware of two images shared on Snapchat by a user.

One photo features two handguns and one rifle sitting on a table or bed. Between the handguns and the rifle sits drug paraphernalia. A caption reads, “thought u could sneak diss and u wont get caught, til i catch u in traffic at the wrong place at the wrong time.”

The second photo is a selfie of a white, male juvenile holding a handgun. The caption in this image covers the subject’s eyes. It reads, “and if i catch u lackin better pray to god my [expletive] jammed, put a whole in yo [expletive] face if i catch u talkin to the [expletive] jakes.”

Ferguson said the juvenile pictured was a junior who has “recorded and bragged about snorting coke and meth off the bathroom toilet paper dispenser.” Her Facebook post includes a short video of the described activity.

Ferguson told The Roanoke Times in an interview Tuesday that she had raised concerns about the video of the student to school administrators about a month ago.

“I went face to face with Principal Habeeb and reached out to the board of education and said, ‘This is the plot and making of every school shooter right now as we speak. I don’t understand how this kid’s able to still be in school,’” Ferguson said in a phone call. “Here we are a month later, and it’s only gotten worse.”

Ferguson said she shared the images her son saw on Snapchat on Friday with Salem High School and the city’s police department. Then, she said, Habeeb contacted her on Sunday morning to address her concerns.

“He reached out to me because of my Facebook post, the principal did, with like five different text messages,” Ferguson said. “He said, ‘I really understand your concern, but it’s only insinuating fear.’ I said, ‘It’s a legitimate fear.’”

Ferguson said the school could have communicated with parents about Friday’s investigation prior to Sunday.

“It’s not something that Salem needs to brush up underneath the carpet and pretend like Salem’s golden. We need to stop doing that,” she said. “We don’t necessarily need to know the names. We don’t need to know what actually was the end result. But we need reassuring that, ‘Hey, your kids are still safe to come to school.’”

At 5:30 p.m., an E-911 call directed police to man with a gunshot wound near the intersection of Dupree Street  and Blaney Avenue.

A Franklin County prosecutor said Gregory Wade Kendrick, 57, called 911 to report his own act of murder two years ago after shooting his friend, Denny Smith, 59, of Rocky Mount.

At approximately 11 p.m., police said they received reports of shots fired and a person with a gunshot wound in the 900 block of Kellogg Ave. in the city's northwest quadrant.

Troy Pierre Taylor, 31, of Roanoke, has been charged with three felonies in connection with the May 1 home invasion that left two Daugherty Road residents with gunshot wounds.

The Virginia attorney general's office says it will not challenge a recent appeals court ruling that exonerated David Wayne Kingrea.

Susanna Camp and Jeffrey Newman have both served as patrol lieutenants in the Roanoke Police Department. They each claim they were denied promotions after reporting sexual harassment and unsafe working conditions.

Former Roanoke City Councilman Robert Jeffrey Jr. faces a possible penalty of 22 to 57 months in prison when sentenced later this summer for f…

They allege that Lorstan Allen, who is no longer employed by Roanoke County schools, groomed them as freshmen for sexual assaults that he carried out in their later years at the school.

Inside Dubai center where sick turtles recover before returning to sea

Inside Dubai center where sick turtles recover before returning to sea

More than 2.2 million people in the U.S. live without running water and basic indoor plumbing

More than 2.2 million people in the U.S. live without running water and basic indoor plumbing 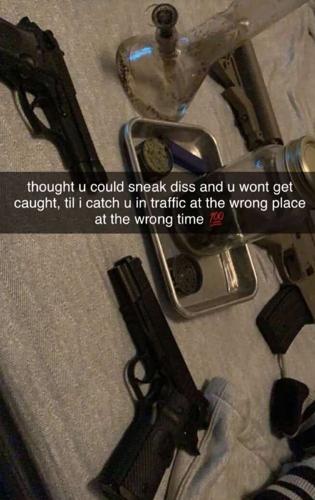 Katie Ferguson’s son shared this screenshot of a Snapchat post and another concerning image with her on June 3. Ferguson said the person posting the images was a junior at Salem High School. The message included in the image reads, “thought u could sneak diss and u wont get caught, til i catch u in traffic at the wrong place at the wrong time.” 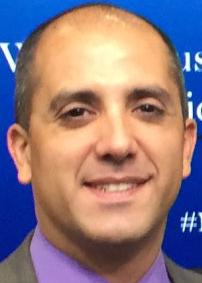