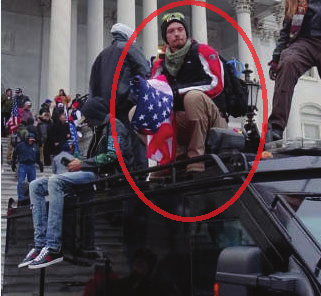 This image, which was filed as part of the federal government’s case against Jeremy Daniel Groseclose, shows a man identified by federal officials as Groseclose outside the U.S. Capitol on Jan. 6. 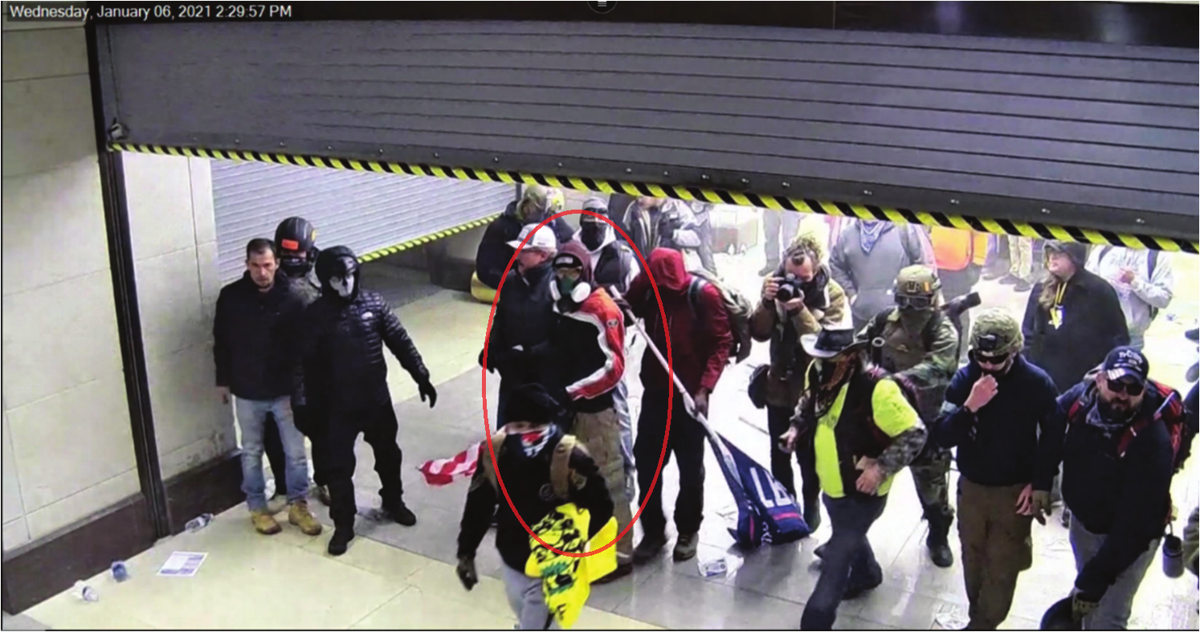 This image, which was filed as part of the federal government’s case against Jeremy Daniel Groseclose, shows a man identified by federal officials as Groseclose inside the U.S. Capitol on Jan. 6.

Federal prosecutors have offered a plea agreement to an Elliston man charged with obstructing Congress as it met Jan. 6 to certify an election that former President Donald Trump claims was stolen from him.

Groseclose is one of more than 500 people from across the country charged with storming the U.S. Capitol after Trump urged a crowd of supporters to “fight like hell” against an election won by President Joe Biden.

The 38-year-old faces one felony — a charge of obstructing a joint session of Congress that was meeting to certify the Nov. 3 election — and five misdemeanors that include entering a restricted area, disorderly conduct and demonstrating in the Capitol building.

Assistant U.S. Attorney Michael Romano did not say what incentives, such as a reduction of charges or a specific sentence, were included in the government’s plea agreement.

The offer was just made this week, defense attorney Mark Carroll said in requesting more time. Groseclose, who attended the virtual hearing via a video link, is currently free on bond.

Earlier this year, he said that he looked forward to presenting his case in court, saying “there are two sides to every story.” Groseclose did not return a more recent call from The Roanoke Times.

In his case and others, prosecutors have a huge trove of evidence — including footage from surveillance cameras, posts to social media and thousands of tips submitted by the public — that they are sifting through to determine what needs to be shared with which defendants.

Romano said that task is mostly complete for Groseclose, but for additional footage from different camera angles that his attorney has requested.

Groseclose was seen in photographs wearing a gas mask as a horde of people, many of them wearing pro-Trump apparel or waving signs in support, forced their way into the Capitol as lawmakers were rushed to safety.

At one point during the approximately two hours Groseclose spent in the building, authorities say he joined a group of protesters as they prevented police officers from closing a roll-up door in the Crypt, a circular room located directly below the Rotunda, as the mob advanced.

“I saw GROSECLOSE help another subject place a trash can under the closing door,” FBI special agent Matthew Lee wrote in a complaint filed in February. Other video footage showed Groseclose using his cellphone to take a photograph of what is believed to be blood on the floor, Lee wrote.

Three other men from Western Virginia have been charged with participating in the insurrection.

A former Rocky Mount police officer — whose bond was revoked in July after he ran into trouble with guns, explosives and troubling statements made on social media — has rejected a plea agreement. Thomas “T.J” Robertson’s decision put his case, and that of fellow former police officer Jacob Fracker, on hold until a hearing later this month.

Joshua Dillon Haynes of Covington was charged in June with a number of offenses, including damaging the equipment of news media crews covering the riot. Haynes had his bond revoked a short time later after he was charged with domestic violence while on house arrest.

The evidence will be made available to defendants, including two former Rocky Mount police officers who say they acted peacefully.

At least 100 more people are expected to be charged, the federal government said in court papers.

Jeremy Daniel Groseclose was allowed to remain free on bond.

Joshua Dillon Haynes is now being held without bond on two sets of charges: that he participated in the Capitol Hill riot, and that he later c…

This image, which was filed as part of the federal government’s case against Jeremy Daniel Groseclose, shows a man identified by federal officials as Groseclose outside the U.S. Capitol on Jan. 6.

This image, which was filed as part of the federal government’s case against Jeremy Daniel Groseclose, shows a man identified by federal officials as Groseclose inside the U.S. Capitol on Jan. 6.