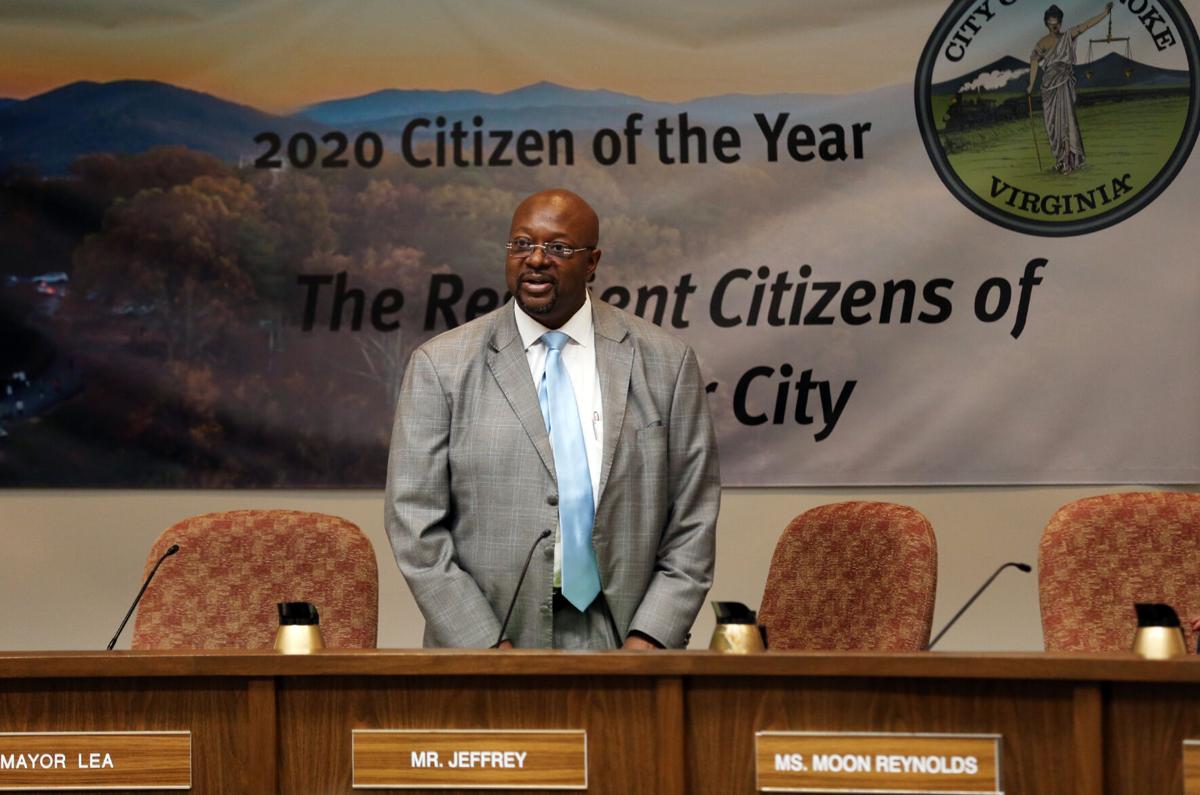 Roanoke City Council member Robert Jeffrey looks over the chambers before the morning session on Tuesday. 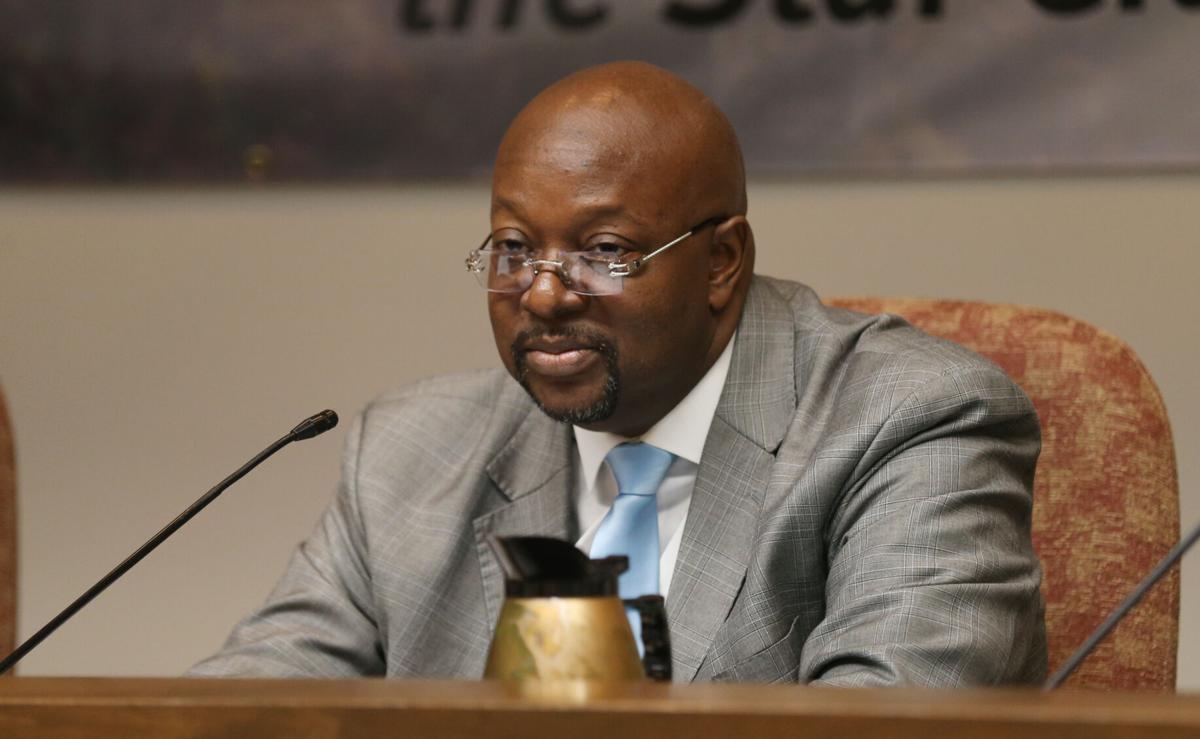 Jeffrey, 52, did not respond to several messages seeking comment. His attorney did not immediately respond to a request for comment.

Authorities said they expected Jeffrey, who was not arrested Tuesday, to turn himself in to authorities later this week and remain free pending trial.

Roanoke Commonwealth’s Attorney Donald Caldwell said in a news release that the case arose from a complaint from the Northwest Neighborhood Environmental Organization, a nonprofit dedicated to providing affordable housing that formed in 1980 to revitalize parts of northwest Roanoke.

The charges state that Jeffrey, a magazine publisher who has past property management experience, “did unlawfully, feloniously and fraudulently use, dispose of, conceal or embezzle money or other personal property” while employed by or in a position of trust or agency relationship with the civic group, which is also called NNEO.

The embezzlements allegedly occurred between May 1, 2020, and April 30, the charges said. Caldwell’s release did not specify the amount of money or value of property involved, but said the amount is “substantially above” the $1,000 threshold for felony charges. Neither Caldwell’s news release nor the charging documents detail the alleged crimes.

The publisher of ColorsVA magazine, Jeffrey was sued by the NNEO last month. The organization is seeking a court order that would require Jeffrey’s company, Jeffrey Media, vacate an office in the NNEO-owned senior living complex McCray Court over an unspecified “breach of lease.”

That matter is pending in Roanoke General District Court.

Jeffrey said previously when asked about the eviction suit that he traced the dispute back to assistance he gave NNEO with some property management issues at a different complex it operates, Thornhill Place. He said his efforts began before he took office in January and resulted in the forgiveness of a real estate loan and funding for the property’s refurbishment. He said he saved NNEO about $400,000.

Although he called the eviction action meritless, Jeffrey said he would leave the office space.

It’s unclear whether the dealings Jeffrey described having with NNEO have anything to do with the alleged embezzlement.

The prosecutor’s news release said Jeffrey is not a flight risk or danger to the public, and that he recommended Jeffrey be permitted to post a $10,000 personal recognizance bond and appear in Roanoke City Circuit Court Aug. 2. Jeffrey’s surrender can occur through Friday, the prosecutor said.

Jeffrey, a Democrat, was elected to a four-year council term in November and took office Jan. 1. It was his second try for a council seat. He was the second-leading vote getter and belongs to the council’s first Black majority. He is vice chair of the Roanoke City Democratic Committee.

Attorney Tim Spencer said Jeffrey remains a council member and retains the full authority of his office. However, an elected official convicted of a felony would by law forfeit his position, Spencer said.

On Tuesday morning, Jeffrey attended an informal council briefing updating officials on the status of Mill Mountain Zoo, which has a new bear exhibit. But his seat was empty during the afternoon session, which began at 2 p.m.

Soon after the afternoon session ended, Caldwell’s office announced the indictments in a news release.

Mayor Sherman Lea later called the announcement of the indictments “a little bit stunning.” He said he wanted Roanokers to know that the council and city government would continue to function at a high level.

More recently, in 2016, another then-council member, Court Rosen, pleaded guilty to misdemeanor possession of marijuana. Rosen did not seek reelection.

Roanoke Councilman Robert Jeffrey Jr. said Wednesday he will contest newly filed charges that accuse him of embezzling money from a local civi…

When Robert Jeffrey Jr. moved back to the Roanoke Valley and opened a business in 2015, he left behind a history of financial problems in Washington state. Similar issues have surfaced here.

The plaintiff said there are details that he can't currently talk about.

Roanoke City Council member Robert Jeffrey looks over the chambers before the morning session on Tuesday.