The Roanoke man charged for a shooting that killed another man near a busy city intersection two years ago was sentenced Monday to 10 years in prison.

Abdul Hakim Fluellen, 32, pleaded no contest to a voluntary manslaughter charge connected to the death of Malik Sims, 27.

Shortly before 8 p.m. Aug. 20, 2020, Roanoke police responded to a call about a shooting near the intersection of Garden City Boulevard and Riverland Road in the city’s southeast quadrant.

Police found Sims’ body in front of the Dollar General store, Assistant Commonwealth’s Attorney John McNeil said Monday. Some witnesses had attempted to revive Sims, but he was pronounced dead at the scene.

McNeil said Sims was in a white vehicle when the shooting occurred. That and another vehicle, which was red, drove side by side on Garden City Boulevard towards Riverland Road when the incident took place.

McNeil said Sims exited his vehicle, which then rolled through the intersection and hit a building. An eyewitness, who was interviewed by police, was turning left from Riverland Road onto Garden City Boulevard when he saw the red vehicle turn right onto Riverland Road.

McNeil said police found 10 bullet entry points on the right side of Sims’ white car, which had a 40-caliber handgun on the floorboard of the front passenger’s seat.

An autopsy of Sims found that he had been shot three times, McNeil continued. The cause of his death was a gunshot to the chest.

McNeil said the morning before the shooting, Fluellen had been at the Oliver W. Hill Justice Center in downtown Roanoke for a hearing.

When he and some friends left the courthouse, they exchanged words with a man, McNeil said, and then Fluellen quickly got in his vehicle, which was red.

Fluellen rushed up Church Avenue to his apartment, McNeil continued. Police followed him there, where they were told by Fluellen’s girlfriend that the apartment had been invaded and robbed by Sims while Fluellen was at the courthouse.

Fluellen left his apartment at about 11 a.m., again in a red vehicle, McNeil said.

Ten days after Sims was shot, Fluellen’s red vehicle was found at his aunt’s house in Charlotte, North Carolina. McNeil said bullet holes were found in the frame of the vehicle, and the shots that caused them had come from inside the vehicle.

The prosecutor said no gun was found inside the red vehicle, but police understood that Fluellen owned a 9mm handgun. Roanoke County police had seized the gun from Fluellen in January 2020 and released it to one of his family members.

McNeil said the casings found at the scene of the shooting matched the 9mm handgun.

The prosecutor also said police obtained records for Fluellen’s cellphone. Those records indicated the phone had received pings in the shooting’s area at about 7:55 p.m.

In March 2021, Fluellen was directly indicted by a grand jury, arrested and charged with first-degree murder and using a firearm to commit a felony.

Fluellen’s attorney, Tony Anderson, said Monday that the “science” of cellphone pings “is in real controversy,” as Fluellen had a brother who lived in the area.

Both McNeil and Anderson maintained that the evidence presented in the case was circumstantial. But Anderson argued that police may have overlooked a piece of the puzzle.

Anderson said two eyewitnesses, including one person who used his or her own shirt to tend to Sims’ wounds on scene, told police during recorded interviews that they saw a white vehicle — not a red one — leave the scene of the shooting and head down Riverland Road.

Anderson argued that because Sims was identified as the man who invaded Fluellen’s apartment that morning, officers may have focused their investigation too much on Fluellen and not enough on the witnesses’ testimonies.

But, Anderson said, due to the risks of litigation, the defense was ready Monday to accept a plea agreement with the court. Anderson said the agreement was made in Fluellen’s “best interest” and provided a “fair resolution” to both the court and the community.

According to the plea agreement, the murder charge against Fluellen was amended to voluntary manslaughter, and the firearm charge was dropped.

A 31-year-old Roanoke man has been arrested in a shooting that left another man dead last summer, according to the Roanoke Police Department.

Malik Sims, known by friends as a rapper, sometime actor and aspiring stand-up comic, was fatally shot Thursday. The graduate of the Music Lab at Jefferson Center program had been a part of the Roanoke-based Youtube series "Swaggapuss Gets a Job."

Grey wolves and other wildlife making a comeback in Europe

Grey wolves and other wildlife making a comeback in Europe 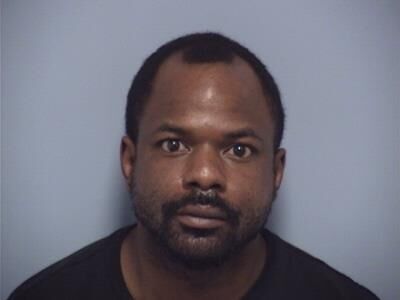 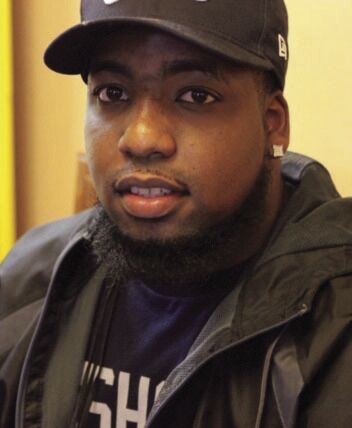