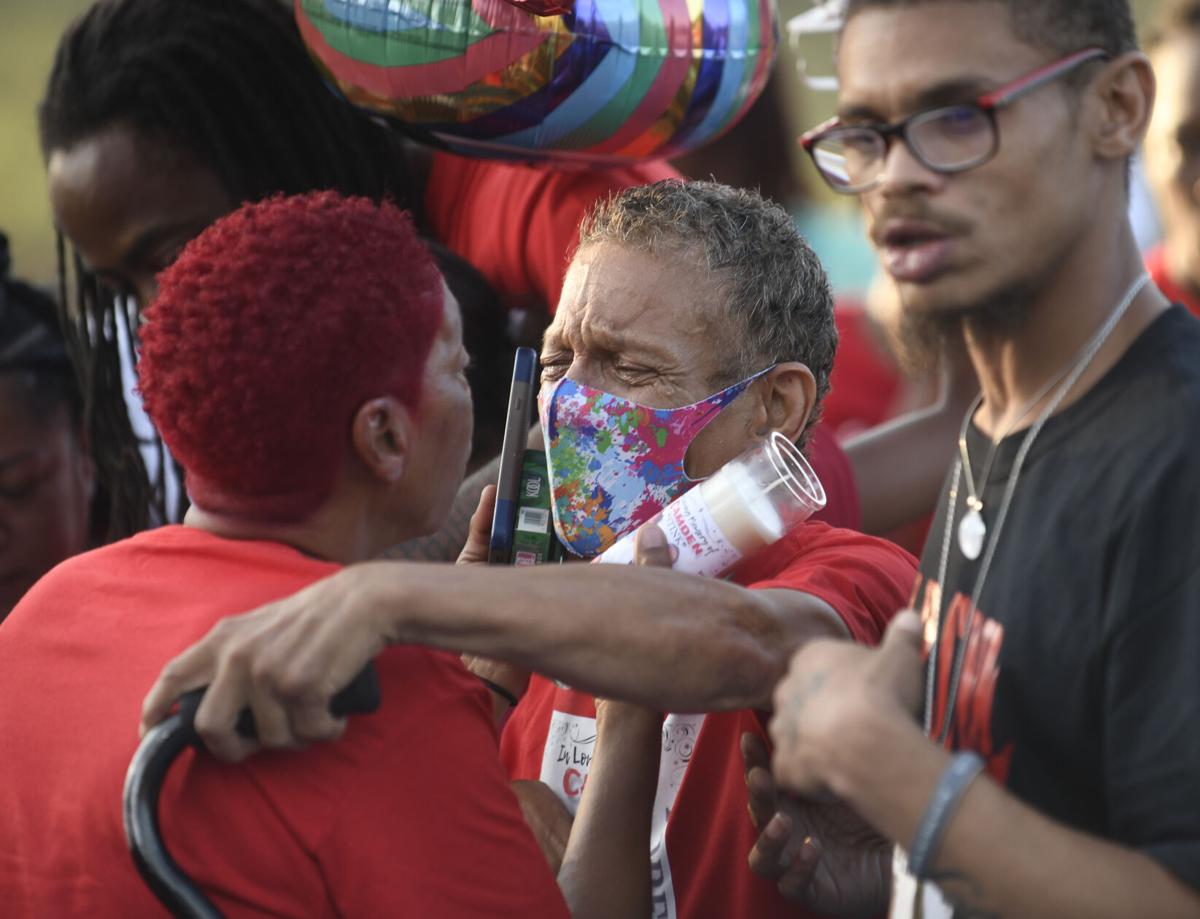 A vigil remembering Camden Brown, the 8-year-old who died Monday as a result of a gunshot, is held at Roanoke’s Fallon Park. Margaret Brown and Inetha Jackson, the boy’s grandmothers, comfort each other as they make their way to the Wednesday evening vigil. Standing with them is Camden’s father, Marcus Brown Sr. 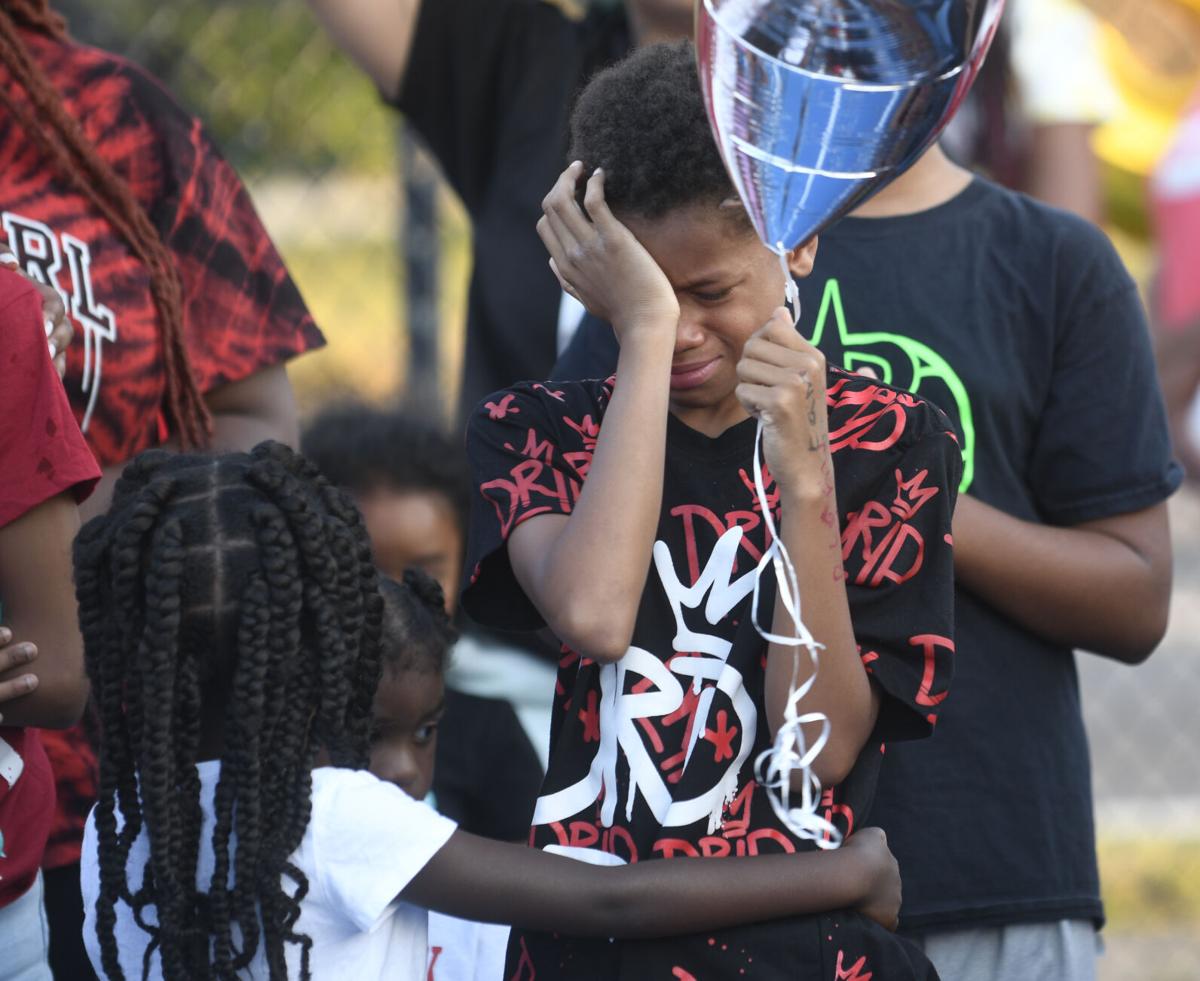 Cordell Brown, Camden Brown’s brother, gets a hug from another child during a vigil remembering the life of 8-year-old Camden, who died Monday as a result of a gunshot. 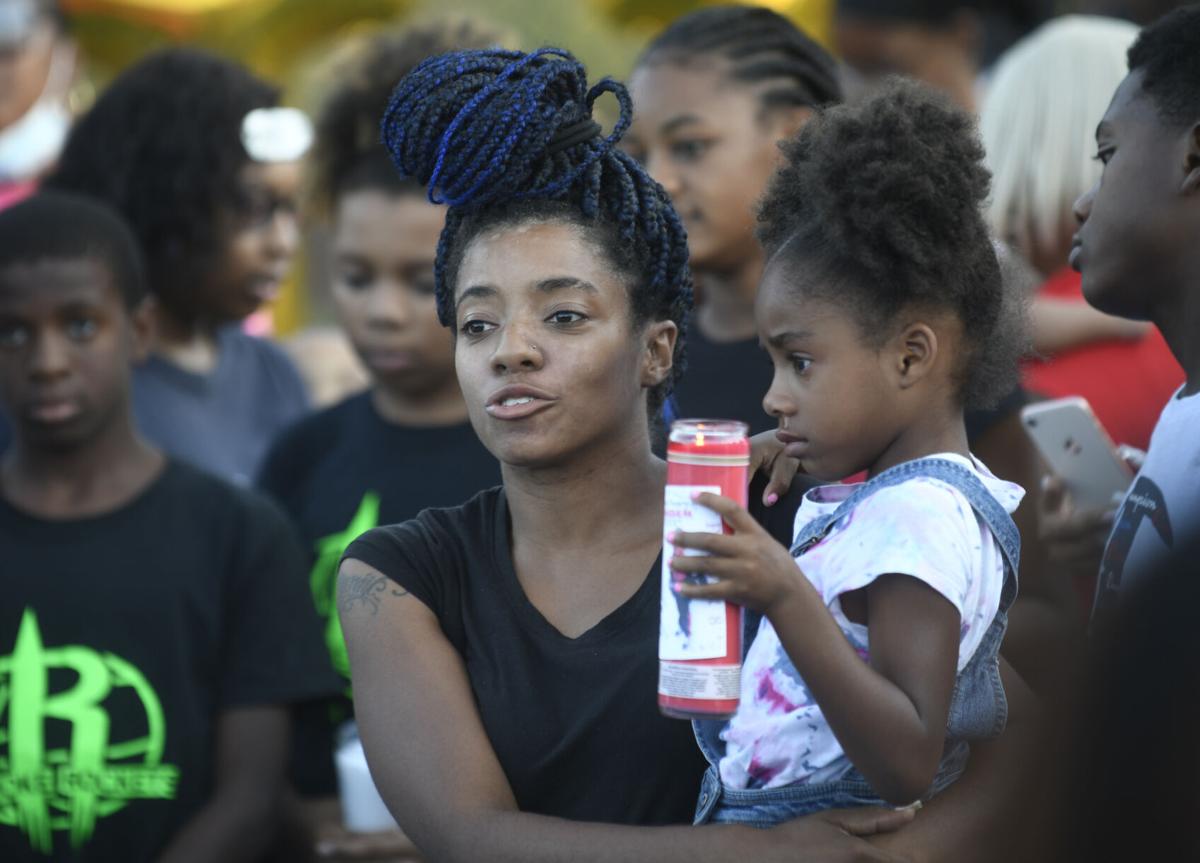 Jeannell Jackson is the aunt of 8-year-old Camden Brown and helped organize a candlelight vigil in his memory. 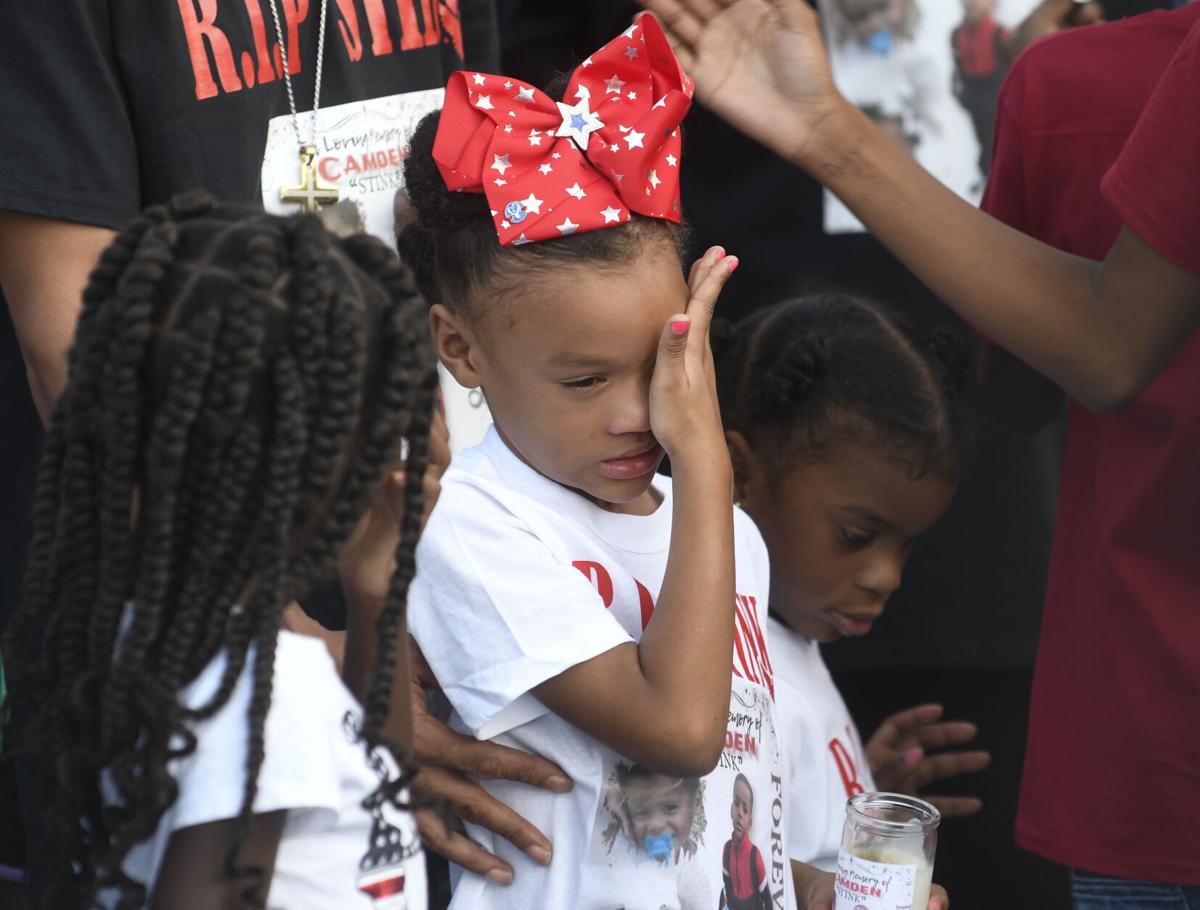 It wasn’t unusual for Camden Brown to burst into a classroom at his elementary school and break into a dance move.

Camden, age 8, was a bundle of infectious energy. He loved hot Cheetos, big trucks and the color red. He always hugged his little sister if she was crying.

On Wednesday night, family, friends and total strangers gathered to honor Camden’s memory, united in their horror at the loss of the little boy who had died two days earlier of a gunshot wound.

“We truly appreciate everybody coming out and showing their support,” Jeannell Jackson, his aunt, said to the crowd that had gathered at Fallon Park for a candlelight vigil.

She tried to continue but turned away suddenly. “Don’t cry,” said a little girl sitting nearby her, one of dozens of children who had come to remember their friend.

Camden Brown, affectionately nicknamed Stink, was rushed to the hospital Monday evening after a gun was fired at a home in the Jamestown Place development on Queen Ann Drive Southeast. He died later that day.

The police have released few details, and said their inquiry is ongoing. His aunt said the child accidentally shot himself while at the home of a neighbor.

She urged gun owners to get gun locks, and ensure their firearm is always stowed away and out of the reach of children.

“Make sure your guns are safe and secure so things like this don’t happen again,” she said tearfully. “Because this is one of the toughest things that you ever could imagine to go through.”

A voice lifted up in song asked: “Tell me, what does it look like in heaven … ’Cause here on Earth it feels like everything good is missing since you left.”

Camden, who had been preparing to start the third grade, was remembered by teachers for his love of dancing and his fun-filled, mischievous sense of humor.

Family friends said he was a sweet child who liked playing tag and other games. Tawana Baldwin said she’s tried to tell her daughter, who was one of his closest friends, to hold onto the good memories that they shared.

“It’s hurting everyone that we’re here today,” she said, as she offered her condolences to the family, her voice fractured with emotion.

This week’s tragedy has shaken the entire community. People left heartsick over the loss of a young child took to GoFundMe to give money to help the Brown family, which includes Camden’s six siblings, with counseling, funeral costs and other needs.

They also showed up to support the family at Wednesday’s vigil. Joe Black, one of those moved to attend, drove from Hardy to pay his respects.

“I wanted to show support and unity for them in their grief,” he said, adding what happened is something that should weigh heavily on everyone who’s part of the community.

Camden will be laid to rest Saturday in a service at Sweet Union Baptist Church. The memorial will begin at 11 a.m., and the family will receive mourners 30 minutes beforehand.

The community is welcome at the service. Jackson said her family has been grateful for the outpouring of love and support that has embraced them.

“Camden was able to touch everybody’s hearts,” she said. “It’s good to know that the community is here with us.”

Photos: From the Roanoke vigil for 8-year-old Camden Brown

Doomsday Tactical Supply, 1020 Orange Ave. NE, is offering free gun locks to anyone who needs one.

In the wake of the death of 8-year-old Camden Brown, the store urged people to secure their firearms and said it would give free locks to anyone who came in and requested one.

In a post on social media, the store also pledged to sell all lock boxes and gun safes at wholesale cost from now on, forgoing any profit in order to help promote safety and keep firearms out of the reach of children.

Ex-paramedic gets 3 years for tampering with painkillers, meant for patients, for personal use

Jeffrey Leedy was sentenced for tampering with doses of fentanyl, removing the drug and replacing it with a saline solution in a way that prosecutors said likely deprived legitimate patients of pain relief.

Two men are believed to have been shot during the same Northwest Roanoke incident on Friday night, according to the Roanoke police.

A former cop and solider who ambushed and shot three deputies last summer will spend more than two decades in prison for his crimes.

The evidence will be made available to defendants, including two former Rocky Mount police officers who say they acted peacefully.

A vigil remembering Camden Brown, the 8-year-old who died Monday as a result of a gunshot, is held at Roanoke’s Fallon Park. Margaret Brown and Inetha Jackson, the boy’s grandmothers, comfort each other as they make their way to the Wednesday evening vigil. Standing with them is Camden’s father, Marcus Brown Sr.

Cordell Brown, Camden Brown’s brother, gets a hug from another child during a vigil remembering the life of 8-year-old Camden, who died Monday as a result of a gunshot.

Jeannell Jackson is the aunt of 8-year-old Camden Brown and helped organize a candlelight vigil in his memory. 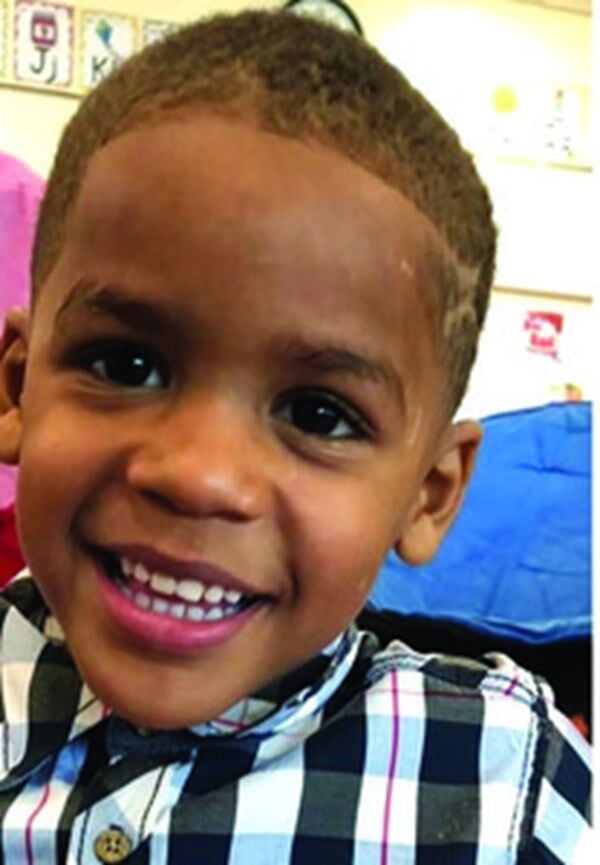