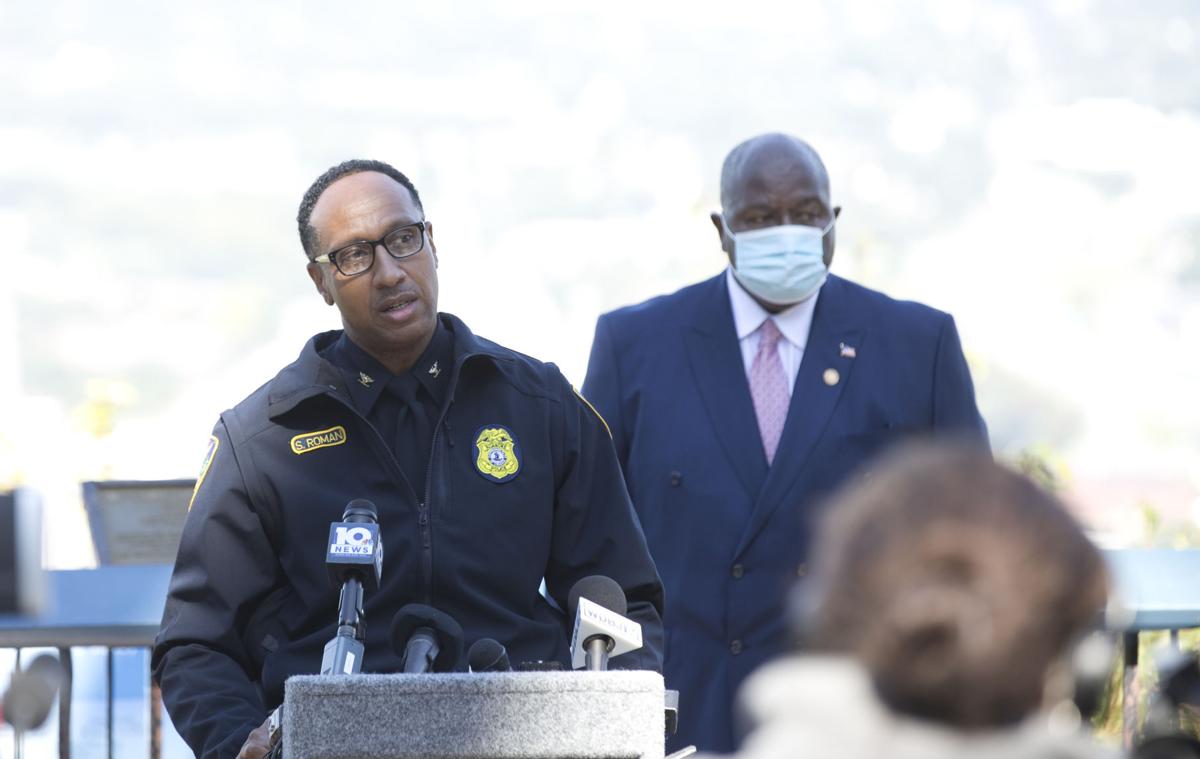 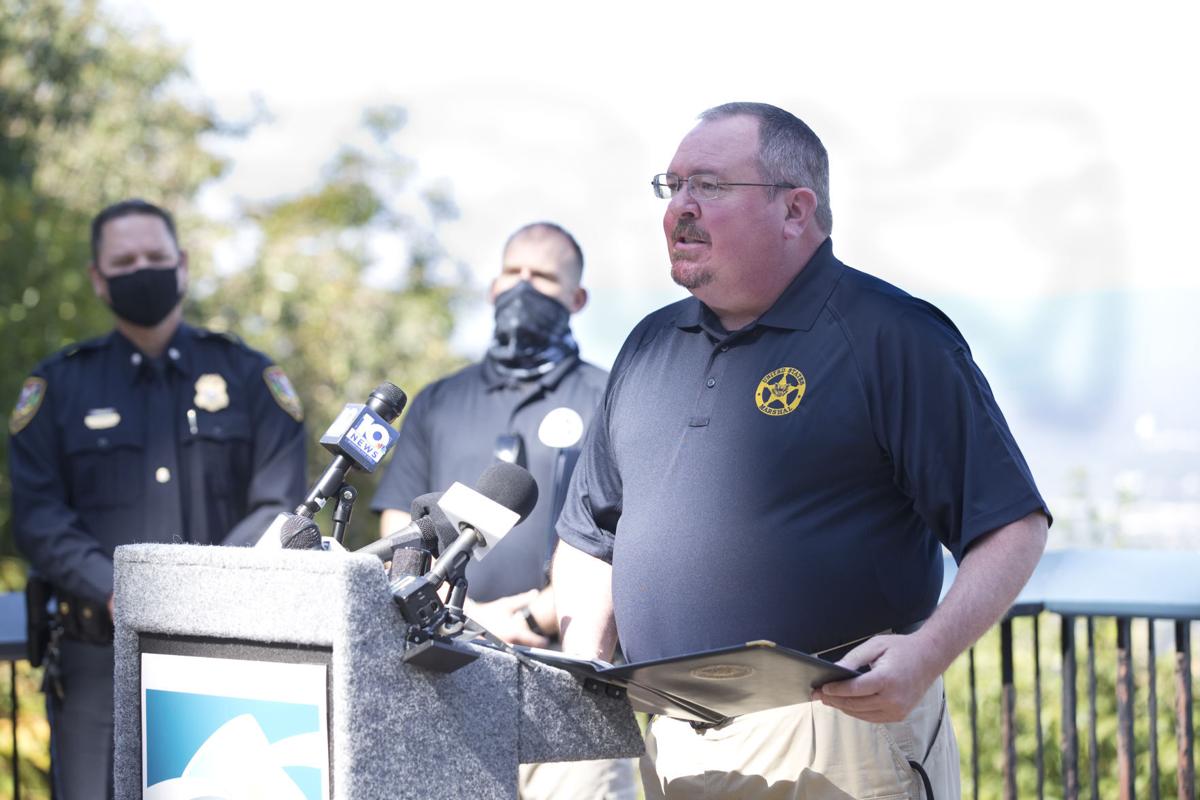 U.S. Marshal Thomas Foster speaks during a press conference Thursday to address the response to the recent increase in gun violence in Roanoke, and the recent collaboration between the Roanoke Police Department and the U.S. Marshals Service.

A dragnet organized by a local and federal task force has resulted in 138 arrests in cases ranging from shootings to drug distribution, authorities announced Thursday.

The wave of arrests comes at a time when Roanoke and other cities are grappling with a rise in gun violence.

The recently wrapped operation wasn’t tailored solely to gun crimes, officials said, but underscores the ongoing work happening to get suspects off the street and combat dangerous offenses.

“We at the Roanoke Police Department are taking the increase in violent crimes very seriously,” said police Chief Sam Roman, adding that the department is working with federal, state and community partners to push back against those who would create chaos and fear in the community.

The string of shootings seen this year has been troubling for residents and law enforcement alike, he said. Just one week earlier, a man was seriously wounded while driving on Interstate 581 when someone in another vehicle opened fire on him.

“Unacceptable,” Roman said. “We’re here to say that, together, we’re going to do everything in our power to not allow that to happen again.”

A 21-year-old Roanoke man has been charged in that shooting. He was among the people arrested in Operation Street Sweeper.

In remarks Thursday, law enforcement and city hall leaders emphasized that a multi-part approach is being used to try to confront the complex factors that fuel gun violence.

A citizen task force has been working since last year to develop long-range strategies to disrupt the cycle of violence through youth outreach, neighborhood supports, anti-gang programs and a new rapid-response initiative that is hiring a coordinator now.

Gun violence does not take root overnight, officials said, nor will it be solved overnight. The work ahead will require many partners and sustained resolve. But it is work the city is committed to doing, said Vice Mayor Joe Cobb, who works with the citizen task force.

“This community-wide effort is not a sprint but a marathon,” said Cobb, who spoke alongside Mayor Sherman Lea.

The public has a vital part to play in that work, officials added. Thursday’s announcement was held at the Mill Mountain Star overlook — a location that city staff said was strategically chosen for the wide view it offers of the community.

Roman stressed the importance of partnerships and said the police department is committed to strengthening its relationships with residents, neighborhood groups and others.

“There is always power in coming together,” he said. “To the members of our community who are dealing with violent behavior and criminal activity in your neighborhoods, this is your city, this is our city. Together, we can make an impact on this violent crime.”

Arrest sweeps such as the one conducted over the past two weeks aren’t new, officials said. Roanoke has taken part in them before and will again. But the initiative illustrates what can be done when many partners join together, said U.S. Marshal Tom Foster.

Operation Street Sweeper resulted in 138 arrests, 18 gun seizures and the confiscation of 116.2 grams of heroin and 458.6 grams of meth.

The partnership focused on pending warrants for serious offenses but included some who were wanted on misdemeanor charges, said a police spokeswoman.

In the coming weeks, the police department said, it will be reorganizing its staff to bring more resources to bear on work related to gang culture and organized crime.

More information about those plans will be released as the changes are implemented. Roman has said before that a gang task force was being considered by the department.

Indicators of gang culture have been seen in some recent shootings, he said this summer, although it is difficult to quantify the extent.

In 2018, by the end of September, the annual numbers stood at 25 shooting injuries and seven shooting deaths.

The city appears to be part of a larger national trend of rising gun violence cases.

The local statistics don’t include accidental shootings or self-inflicted wounds. The numbers may shift over time as investigators learn more about a case.

A press conference was held at the Mill Mountain Star Overlook Thursday to address the increased gun violence in Roanoke.

U.S. Marshal Thomas Foster speaks during a press conference Thursday to address the response to the recent increase in gun violence in Roanoke, and the recent collaboration between the Roanoke Police Department and the U.S. Marshals Service.