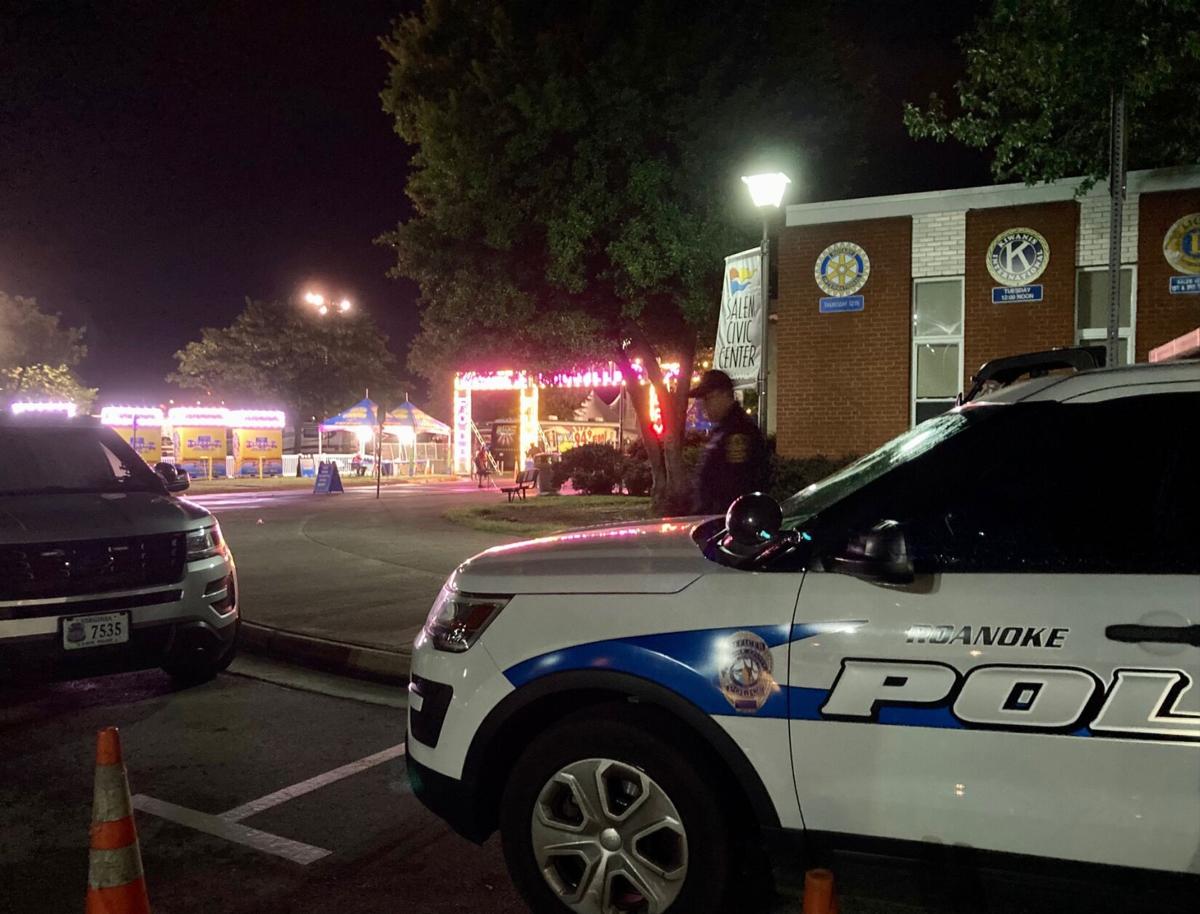 Authorities closed access to the Salem Fair midway late Wednesday after shots were fired on the first night of the fair. 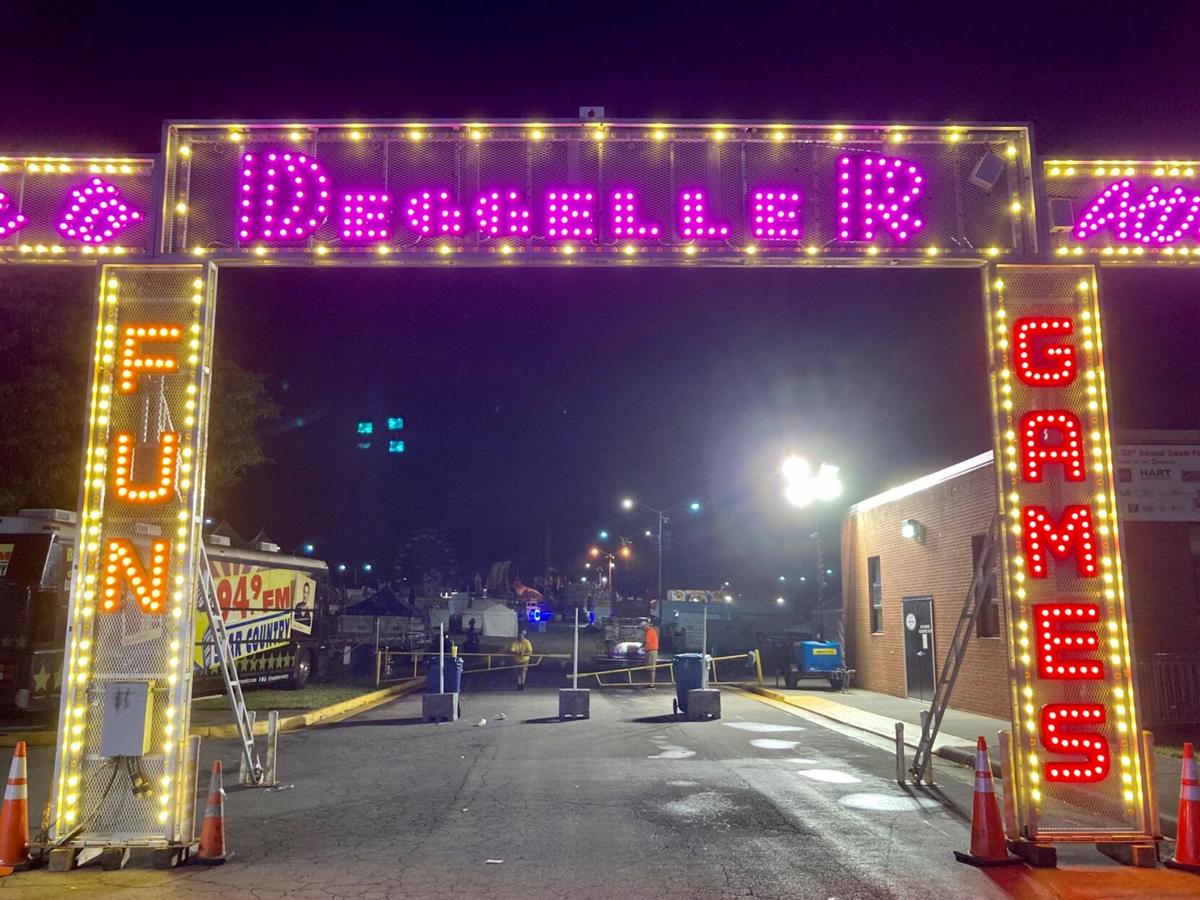 The empty fairground after two people were injured in a shooting just before 9 p.m. Wednesday on the opening night of the Salem Fair.

Salem police took a teenager into custody after two people were shot on the first night of the Salem Fair.

Officers heard gunshots at 8:57 p.m., saw a person with a gun and gave chase before taking the person into custody, according to a summary by a city spokesman.

Police then discovered two shooting victims. They were taken to Carilion Roanoke Memorial Hospital by Salem Fire and EMS. One had serious injuries and the other had non-life threatening injuries.

The person taken into custody by police was identified as a male under the age of 16.

The fair was closed after the incident. On the scene at the Salem Civic Center parking lot, staff were not allowing anyone onto the fair's midway as of 10:15 p.m.

Tony Valenzuela, of Roanoke, was waiting in line to buy ice cream for his 8-year-old daughter near the midway’s smaller Ferris wheel when he heard shots and people exclaiming that it was gunfire.

He grabbed the stroller carrying his 2-year-old son and hollered at his daughter to run with him.

“I took my little one and dipped,” he said.

The family was still in the parking lot, carrying an armful of stuffed animals, more than an hour later waiting for their ride.

The Salem Fair normally closes at 11 p.m. City officials weren’t immediately sure if the fair would reopen at its usual time Thursday.

Families had flocked to the opening day of the popular fair as the event made its return after being forced to cancel its 2020 run due to the pandemic. It is scheduled to run through July 11.

Linda Adriance and her 17-year-old daughter came from Franklin County to take in all the high-flying carnival rides that both of them love.

They were at the petting zoo near the fair’s entrance when they saw people start running.

“It was like everybody was running and screaming all at one time,” Adriance said.

They couldn’t see the cause of the alarm from where they were. But shortly after, everyone was asked to clear the midway.

Adriance said the altercation was sad. But she added she didn’t want to let fear sour traditions that her family loves.

They’ll be back at the fair again another day, she said.

“You got to have funnel cakes, and we've got shish kebabs, and corn on the cob,” said the fair's manager. “And cotton candy and fried Oreos and kettle corn… all those things that make a fair, a fair.”

Authorities closed access to the Salem Fair midway late Wednesday after shots were fired on the first night of the fair.

The empty fairground after two people were injured in a shooting just before 9 p.m. Wednesday on the opening night of the Salem Fair.