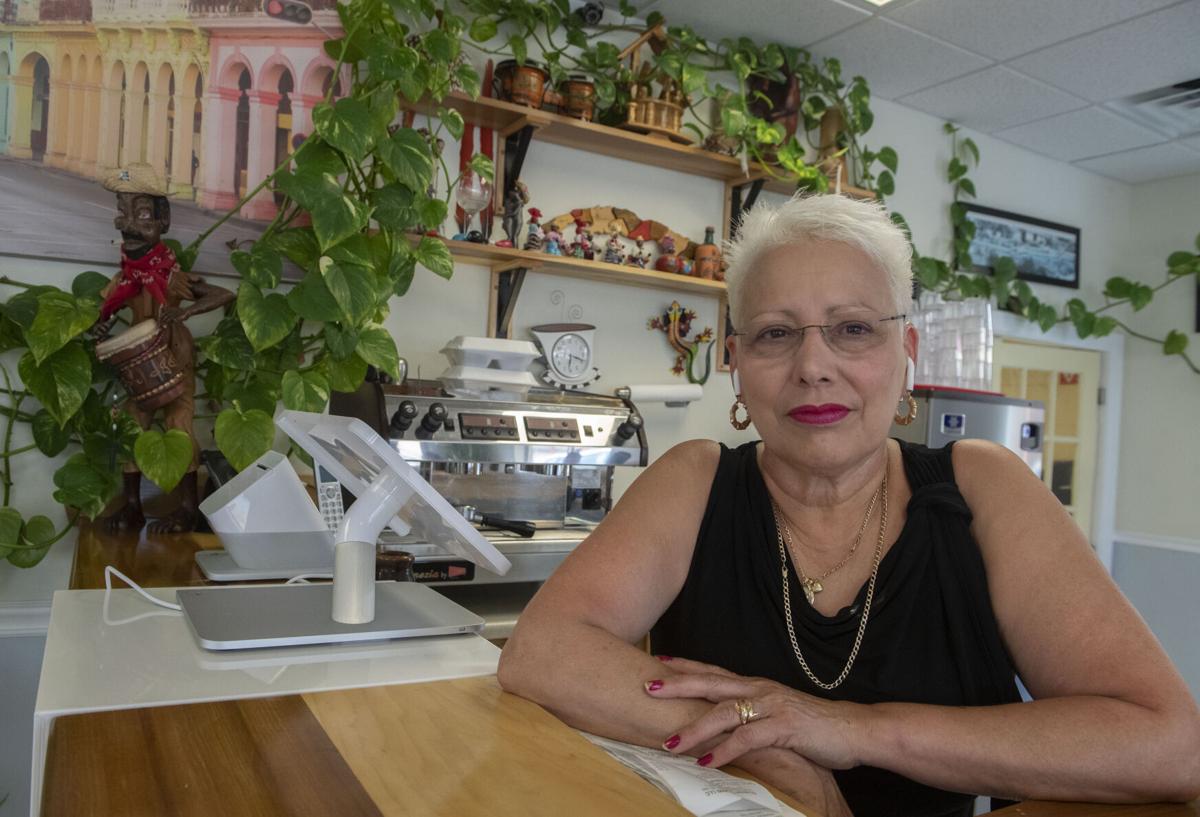 Cuban Island Restaurant owner Estela Gonzalez is one of numerous Cubans in the region watching what’s happening in their native country. “The people don’t have power, don’t have internet, don’t have food,” Gonzalez said. “It’s time for help.” 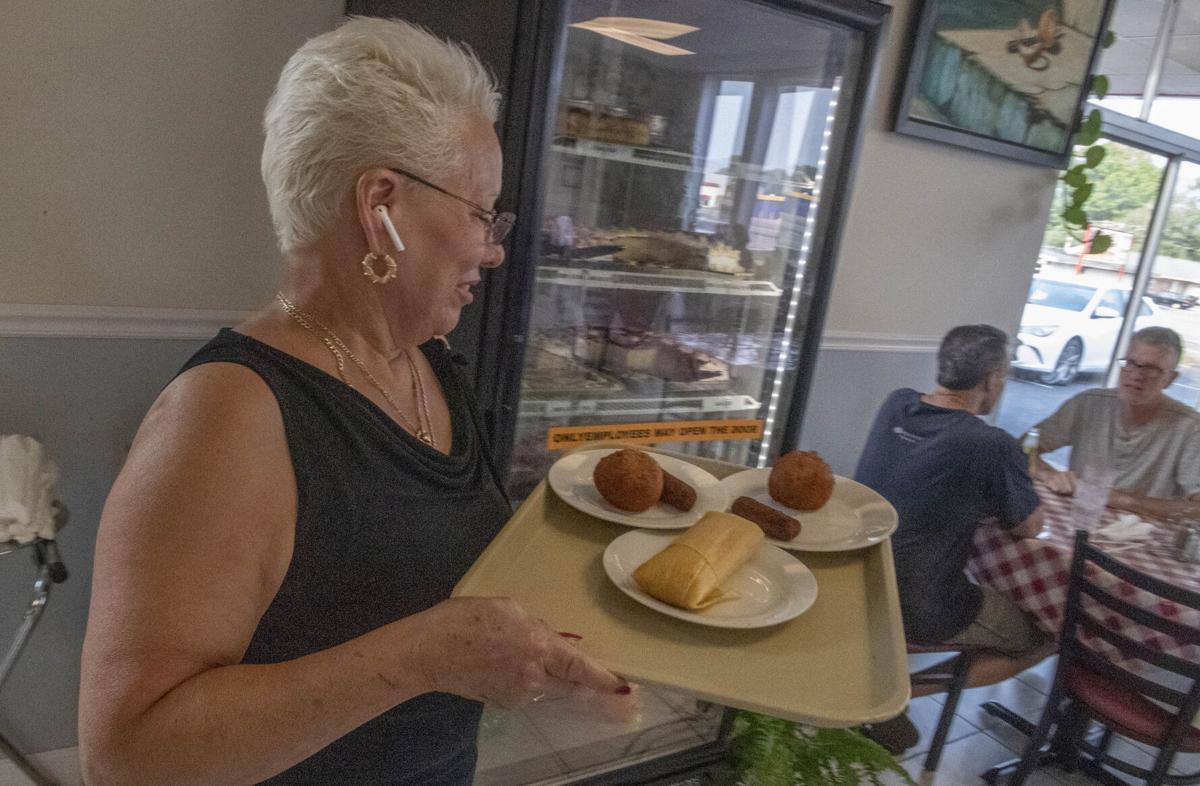 Cuban Island Restaurant owner Estela Gonzalez serves customers. She said the fight will continue as protests have made international news in her native country.

With civil unrest astir in the country from which they fled, some Cuban residents of Roanoke said they hope drastic change soon befalls their home island, where people and children are sick, starving and increasingly desperate for help.

Among the people protesting in the streets of Cuba this month are family, friends and fellows of Cuban immigrants who now call Roanoke home. For Arlette Gibelli, who arrived in the United States as a political refugee in 1999, these uprisings follow more than 60 years of empty promises from a tyrannical government, she said.

“Promises that were never fulfilled,” Gibelli said during a phone call Friday. “Now, years after, the Cubans woke up. They don’t want no more lies. They’re tired of being fooled. They want freedom. They want food.”

Public protests — uncommon in Cuba — broke out against the government earlier in July, in opposition to deplorable and inadequate conditions, Gibelli said. She said the government beat and repressed her before she escaped, and it regularly does the same to others who speak out.

Despite the dire circumstances in Cuba, Gibelli said peacekeeping groups and other nations seem hesitant to intervene. She and other Latino people from across the United States are converging on Washington, D.C., over the weekend, with plans to protest on Monday for assistance in Cuba.

“It surprises me that international organizations and the U.S. government have not taken immediate actions against all this genocide that is happening,” Gibelli said. “The Cuban people have been suffering for 62 years of misery and indoctrination, deprived of freedom of speech and democracy, and this has to stop.”

Demonstrators in Cuba are defying a government prone to intimidating, silencing and disappearing its dissenters, said Yordan “Jordy” Rosendo, a Roanoke resident since 1995. He too arrived from Cuba as a political refugee, and during a phone call Thursday said his grandfather was a political prisoner of the Cuban government.

Speaking freely in such a way would be enough to get Rosendo silenced by the dictatorship of Cuba, he said. But he expects protests to continue on, despite a fearmongering government.

“They beat anybody that doesn’t agree with them,” Rosendo said. “It’s just a feral system… The reason the protests have been so rare is because everybody is so afraid.”

Cuban-Americans standing by, watching protests unfold in their home country, feel a sadness at being unable to help, he said. But there are actions to take in the United States, too.

“The only thing we are able to do so far is show the world what people are going through,” Rosendo said. “It’s pretty much a genocide.”

When a customer at Cuban Island Restaurant in Roanoke on Wednesday asked owner Estela Gonzalez about the happenings on her home island, she said it’s broken her heart. She arrived in America by raft in 1994, after leaving Cuba because of its undesirable system, she said.

“It’s time for help, for the people. Never Cuban people go outside in the street, and now people are in the street. They need help now,” Gonzalez said. “It’s 60 or more years now of communism. That’s not good.”

She said protesters are being detained and taken away by the government, and nobody knows where they go.

But even more than they need humanitarian aid, Cubans need help for freedom, she said.

For too long have citizens suffered under a self-serving dictatorship, said Gibelli, preparing Friday for the Monday march in Washington, D.C.

“I want to say to my Cuban fellows, ‘¡Patria y Vida!‘ It means that we are going to be free,” Gibelli said, extolling a protest chant that translates to “Homeland and Life.”

“This is not over,” Gibelli said. “We’re going to keep fighting.”

Cuban Island Restaurant owner Estela Gonzalez is one of numerous Cubans in the region watching what’s happening in their native country. “The people don’t have power, don’t have internet, don’t have food,” Gonzalez said. “It’s time for help.”

Cuban Island Restaurant owner Estela Gonzalez serves customers. She said the fight will continue as protests have made international news in her native country.