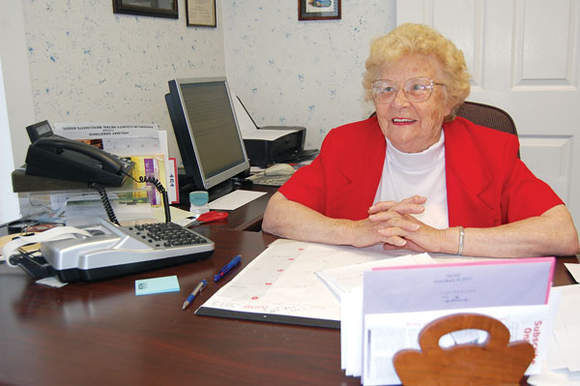 Dorothy Cundiff is pictured in 2013 at the Franklin County Retail Merchants Association. 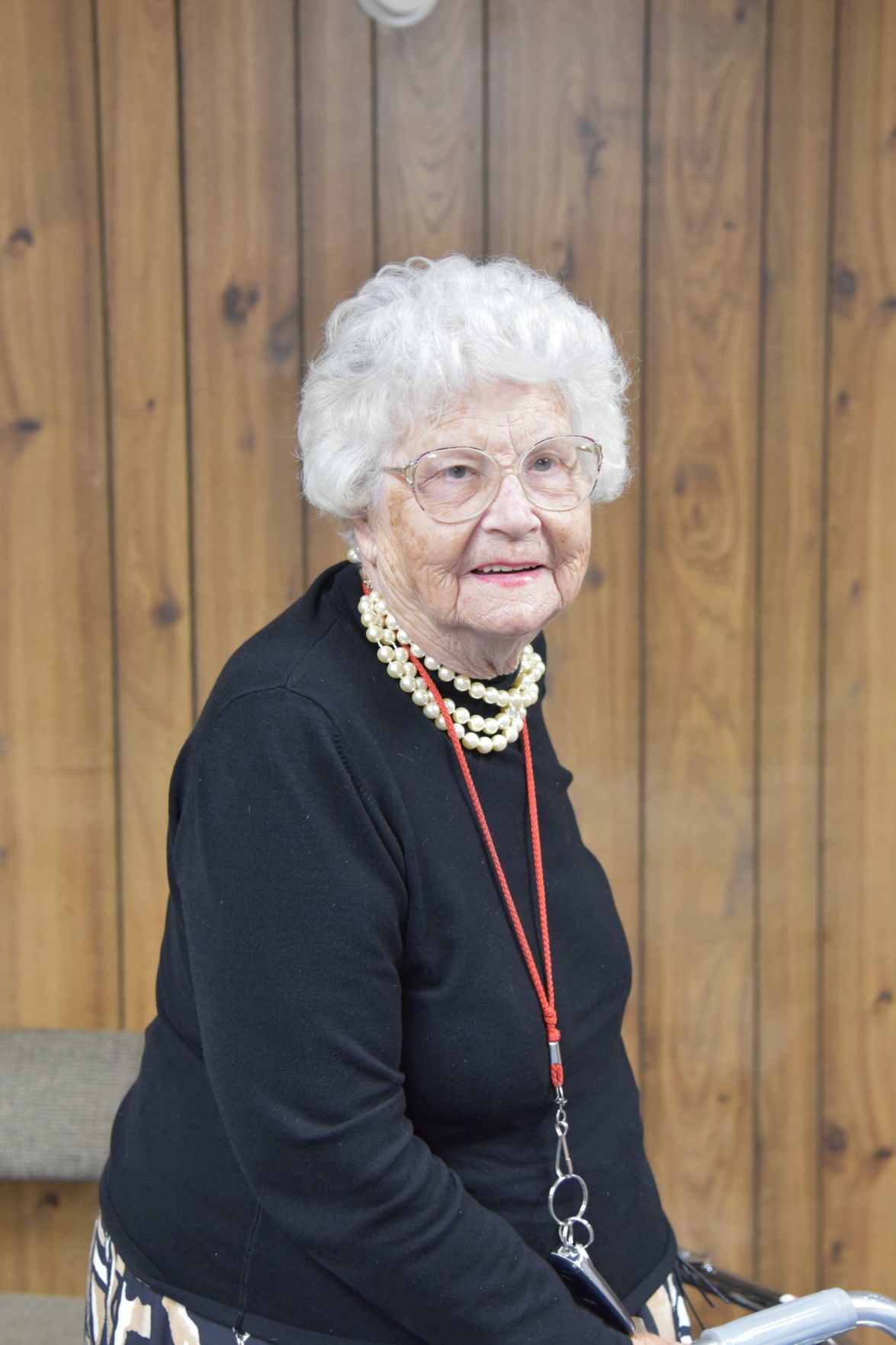 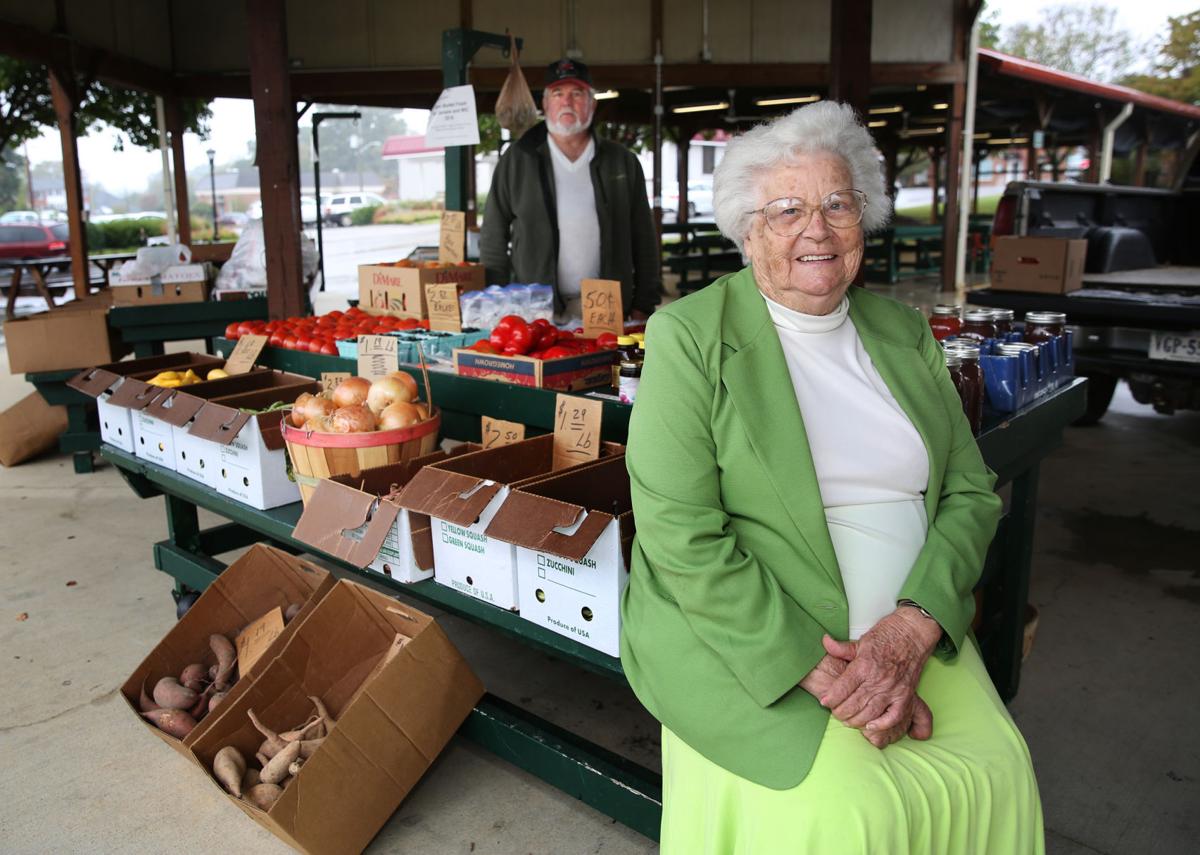 Dorothy Cundiff is pictured in 2016 at the age of 88 at the market in Rocky Mount.

Dorothy Cundiff, a champion of the business community in Franklin County, died Nov. 1 at age 93.

The Penhook resident’s contributions to Franklin County are many, including a 56-year stint with the Franklin County Retail Merchants Association. First organized as a credit bureau in 1956, Cundiff joined it in 1963. She was working in credit management at Propst Childress, a Roanoke-based agency, when Rudy Haywood, then president of the association, asked her to join him because the association secretary had walked out without a replacement lined up.

At its peak in the 1970s and 1980s, the association had as many as 600 members. “The Town of Rocky Mount used to be booming with businesses on every street,” Cundiff told The News-Post in 2019. “And Retail Merchants has done tremendous work because if you were a merchant, we promoted for you. It was a really big help to merchants at that time.”

One of the ways she went about building interest anwwd engagement with the association was through community events, including the Fun Festival, which stopped in 2016, a fiddler’s convention, which was held through the 1970s, and the annual Christmas Parade.

She later became involved with the farmers’ market in Rocky Mount. Up until her involvement, it consisted of a collection of local farmers who pulled their trucks of produce into parking lots on Franklin Street.

According to an article on Cundiff in a 2016 issue of The Roanoke Times, Cundiff was the force behind the idea of establishing a permanent location for the market. She thought a field owned by William Mills would be just the spot. After Mills agreed to Cundiff’s request, the market opened in 1991. A shelter was dedicated in 1998.

Rocky Mount Mayor Steven Angle said, “I think Dorothy will be remembered as a very energetic, go-getter within the greater Franklin County community. If someone asked her to do something, she never said no. She was always a proponent of Rocky Mount and Franklin County. Dorothy was just a dynamo and ready to get things done.”

In 2016, the Rocky Mount Town Council, which owns the market, voted to name it for Cundiff. Angle, who was also mayor at the time, said the council felt it was important to honor Cundiff’s contributions to the market by naming it for her.

Daniel Pinard, cultural and economic development director for Rocky Mount, said that the market is a testament to the enduring legacy left by Cundiff. “The Rocky Mount community would not be the same had it not been for the tremendous work done by Dorothy Cundiff. From her hand guiding the Retail Merchants Association and revitalizing downtown there is not a piece of the community that has not been touched by her works,” he added.

When Cundiff retired at the age of 91 on March 23, 2019, the association closed the doors of its Franklin Street office.

“It’s gone by the wayside,” Cundiff told The New-Post in 2019. ”There wasn’t enough support from local people. I would love to see downtown revitalized. The world is moving so fast that people can’t handle it really. A lot of businesses are in outlying areas rather than right in town.”

ROCKY MOUNT — In her 53 years at the Franklin County Retail Merchants Association, Dorothy Cundiff has seen a lot of change.

Dorothy Cundiff is pictured in 2013 at the Franklin County Retail Merchants Association.

Dorothy Cundiff is pictured in 2016 at the age of 88 at the market in Rocky Mount.