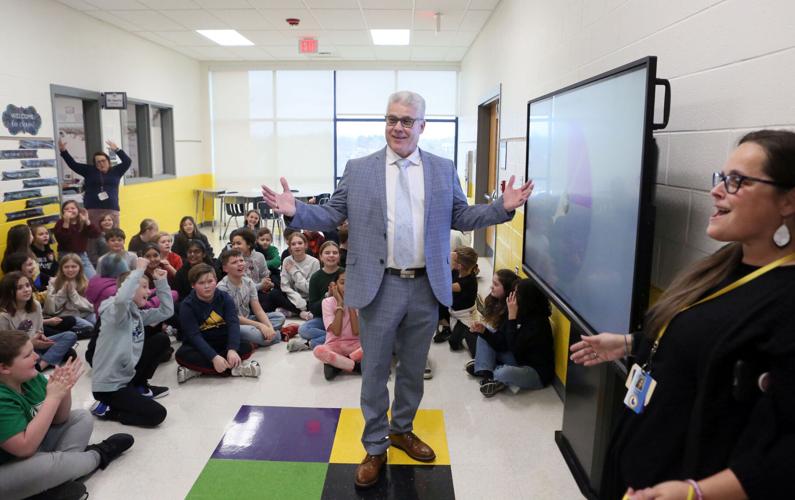 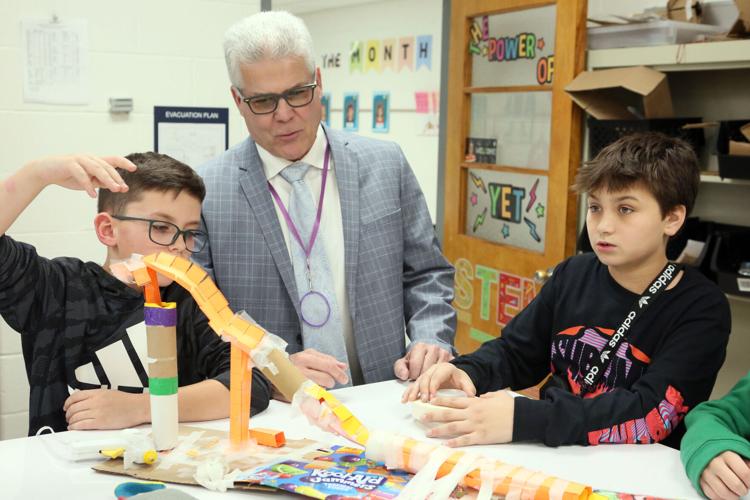 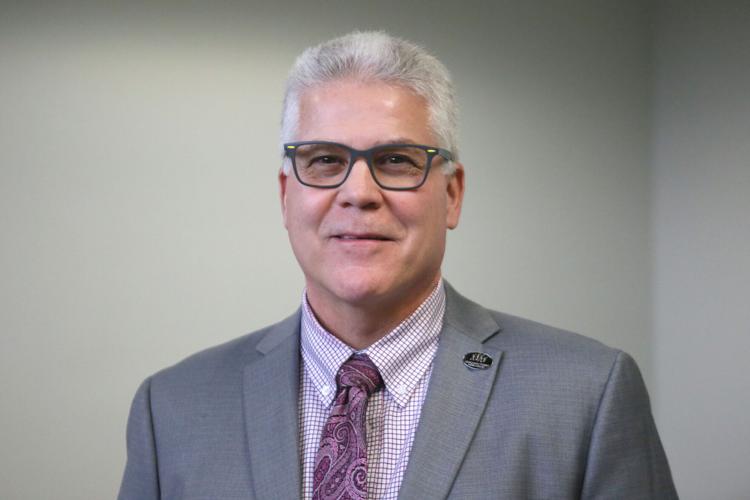 CHRISTIANSBURG — Bernard Bragen Jr. is on the job as the new superintendent of Montgomery County Public Schools.

Bragen was hired this past fall following a several-months-long search process. He replaces former district chief Mark Miear, who was dismissed in March after having spent just over six years on the job.

Bragen arrives at MCPS with nearly a decade of superintendent experience in New Jersey public schools. He was most recently the superintendent of schools for Edison Township Public Schools.

Bragen has more than three decades of experience in the field of education. His other past roles in administration, in addition to being a superintendent, were supervisor of special education, assistant principal, principal and assistant superintendent of schools.

Bragen’s career in education began as a special education teacher and child study team member. After a decade in those roles, he moved into administration.

The Roanoke Time recently sat down with Bragen to ask him a few questions (responses have been edited for length):

What interested you in the superintendent position here in Montgomery County?

BB: I’m at a time in my life where I had some options, I’m 57 years old, and to change what I was acclimated to. I was born and raised in New Jersey, I spent all my education career there, my kids are grown and out of the house now and I had a chance to look at other places. Where would you want to maybe relocate and finish out your career? I didn’t know a lot about this area, and I saw the job was posted and started to do some research and fell in love with the area. The climate, the community, being between the Blue Ridge and Allegheny Mountains. And then I did some research on the school system and was amazed at what a high performing school system it is and thought there was an opportunity for me to be a part of it and perhaps add some value.

What are some differences between the previous districts you’ve worked at and MCPS?

BB: What’s interesting is they’re remarkably similar. Many more similarities than differences. One of the biggest differences is our physical plant, our building and classroom structures are much newer than what I was accustomed to. Where I came from in New Jersey [most of those structures] were older. Our buildings are really well maintained and most of them are fairly new, which is really nice to see. But running the school system is remarkably similar to what I had been acclimated and accustomed to. I worked in Edison Township, which is a township not a county. Nineteen schools, almost the same as we have here, 17,000 students. There was a more affluent north side of town and a less affluent south side of town. It could be very similar to our community here, which is amazing. As far as the day-to-day operations of the schools, it’s the same. The issues that present themselves with staffing, with students, with administration, are almost identical. It’s not that different at all actually.

What previous lessons learned do you think you can apply in this new role?

BB: I think one of the biggest leadership lessons I’ve learned over time is that power is something that you share and not something that you hoard. The more people you engage in the decision making process, the better outcome you typically have. One of the things I’d like to really try my best at doing is to enfranchise as many people in that decision making process as you can. At the building level, it’s really important for the principals to take ownership for their buildings and to try to get the teachers and staff that are there to work together and be collaborative toward a common goal, as opposed to working with a top-down mentality because I have not found that to be effective. The more you get people to collaborate and work together, the better off we are.

What are some positive things that you already see with MCPS?

BB: Some of the great things I saw are the commitment that our staff have for the children in this community. Everywhere I go, people go out of their way to let me know that they’re a product of Montgomery County Public Schools, that they’re somehow connected to it whether they were a student, they were a staff member, they were an administrator ... And they’re proud of it, proud of the school system and they should be. That’s really rewarding for me to see. The other piece is the commitment to providing students with special needs an inclusive atmosphere and having those students included in the general ed setting to the greatest extent possible. It’s really remarkable how well that is done here.

What are some challenges? Or rather, what would you say are the biggest challenges facing MCPS right now?

BB: Again, it’s one of those things where it’s similar to where I came from. I think the biggest challenge right now is trying to attract and retain the most highly qualified people we can. For whatever reason in the field of education, there aren’t as many candidates for the available positions we have. It’s really hard on our staff that are currently working. Many of them are doing extra duty because we can’t fill some of the vacancies we have. I think that’s a problem that we have to somehow look at globally. And how do we attract more young people to this field? I think one of the other challenges, which is also one of our greatest strengths here, is our diversity. It’s really exciting the diverse community in which Montgomery County Public Schools is a part of. It also provides some challenges. How to make sure everyone’s needs are being met. How are we honoring everybody and their differences. And getting everybody to work together toward that collaborative goal.

Can you offer any remarks on the recent events involving your predecessor, Mark Miear? Can you say anything about his attendance at the school board meeting Tuesday night (where Miear announced his school board campaign)?

BB: It would be hard for me to comment on Dr. Miear, other than my interaction with him. And I’ve had very limited [interaction with him]. One is we were on a joint Region 6 meeting due to his work with the Minnick Schools. He was a welcoming colleague and professional in that meeting, and that’s really my only interaction with him. He did speak publicly [Tuesday night] on something that he was passionate about. There’s not much more I can say. He wished me well and that I would do well and I appreciate that. I don’t know what happened or transpired before I got here and it’s really none of my business. I wouldn’t want to comment on something that I’m not really familiar with.

Update: More on reaction to Mark Miear opening up about Montgomery County firing

Miear, who spent just over six years as MCPS chief, said his dismissal — which the school board unanimously approved on March 17 last year — was rooted to his objection to his transgender child’s decision to change their name.

Sands: Virginia Tech revisiting plans, goals for 2023 and beyond

The school's president delivered his seventh State of the University address Wednesday.

"Our goal is to introduce students to the variety of differences in human form, abilities, and expressions of personhood," said an assistant professor.

At Virginia Tech, research is turning food scraps to bioplastic

It's using one problem to solve another.

While Title IX is tool, politicians continue to make it more of a challenge by altering it depending on who is in office, those involved say.