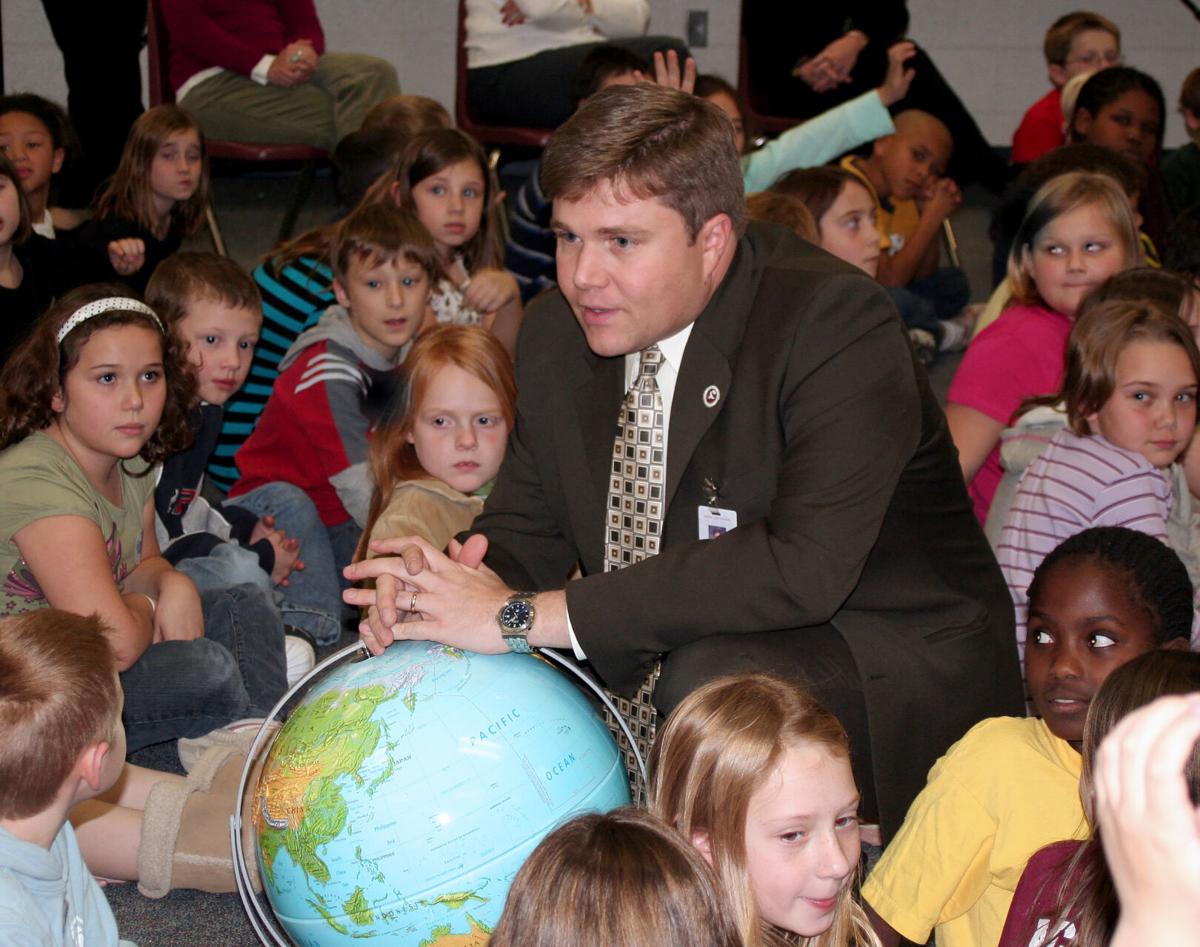 Alan Seibert, who has worked for Salem City Schools for 30 years, talks to elementary school students in 2009. He announced his retirement as superintendent this week. 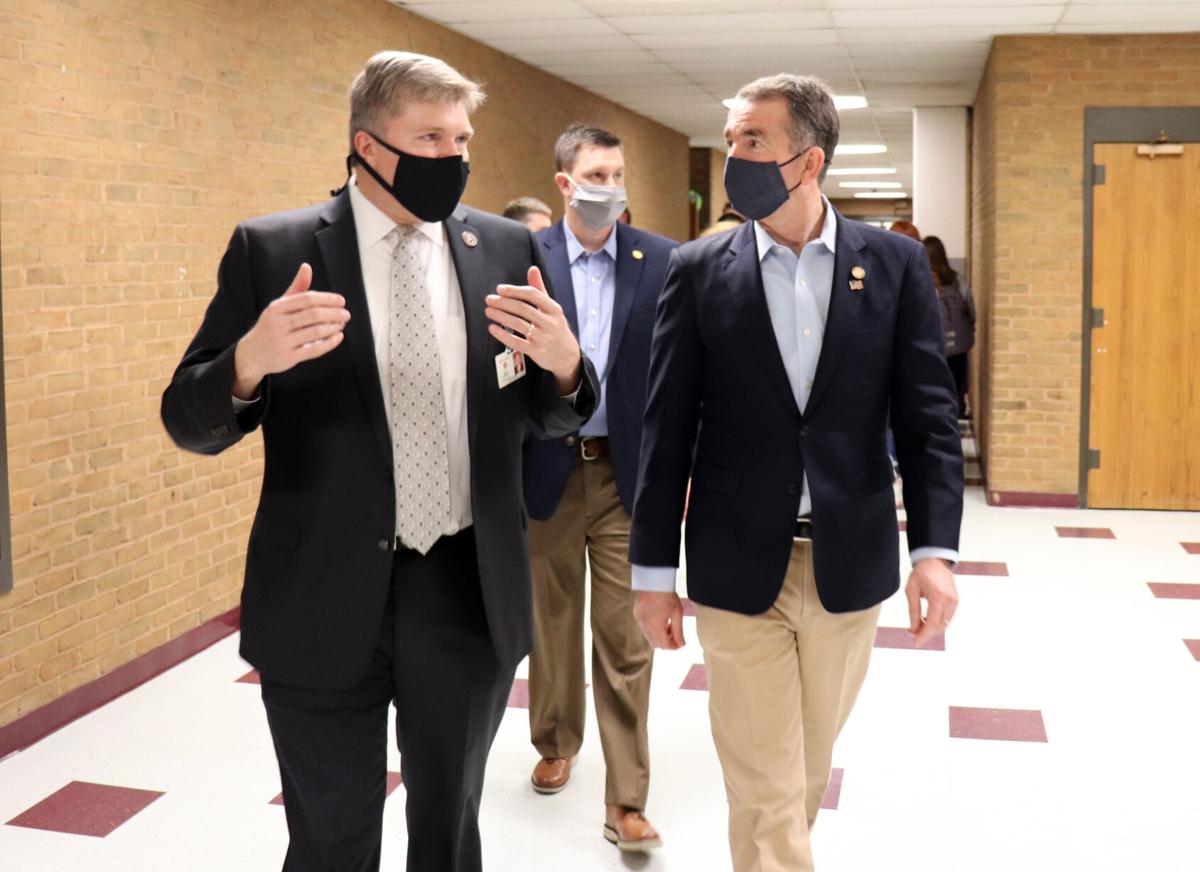 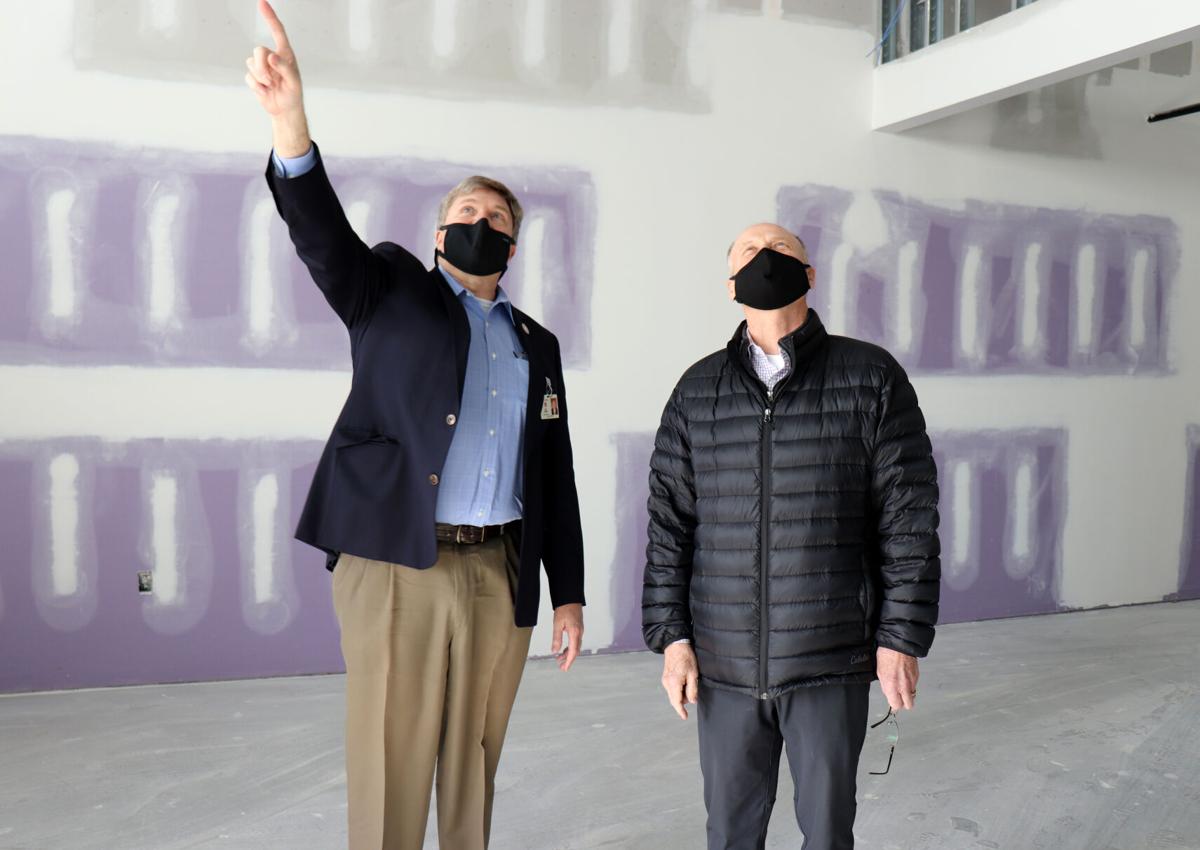 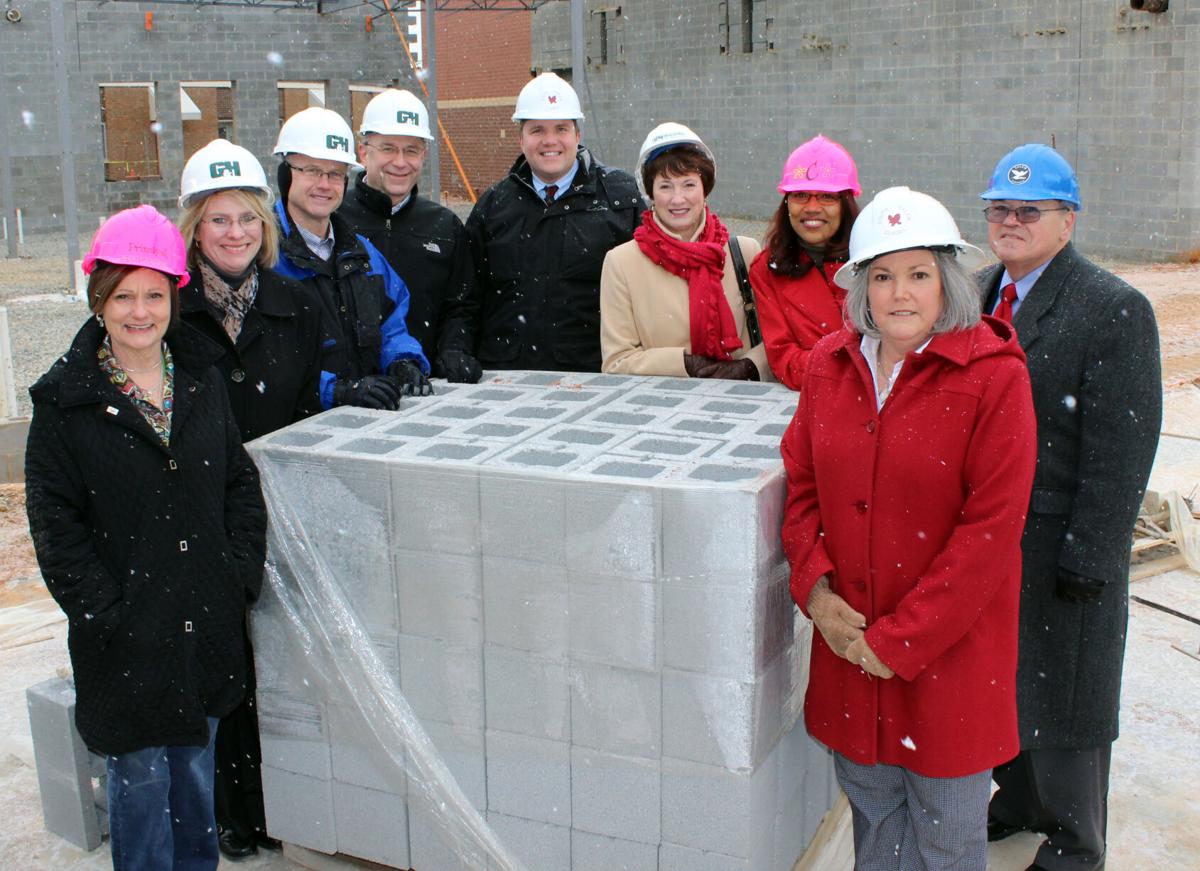 Alan Seibert (center) is joined by school board members and central office staff on a snowy construction tour of the new South Salem Elementary School in 2013. 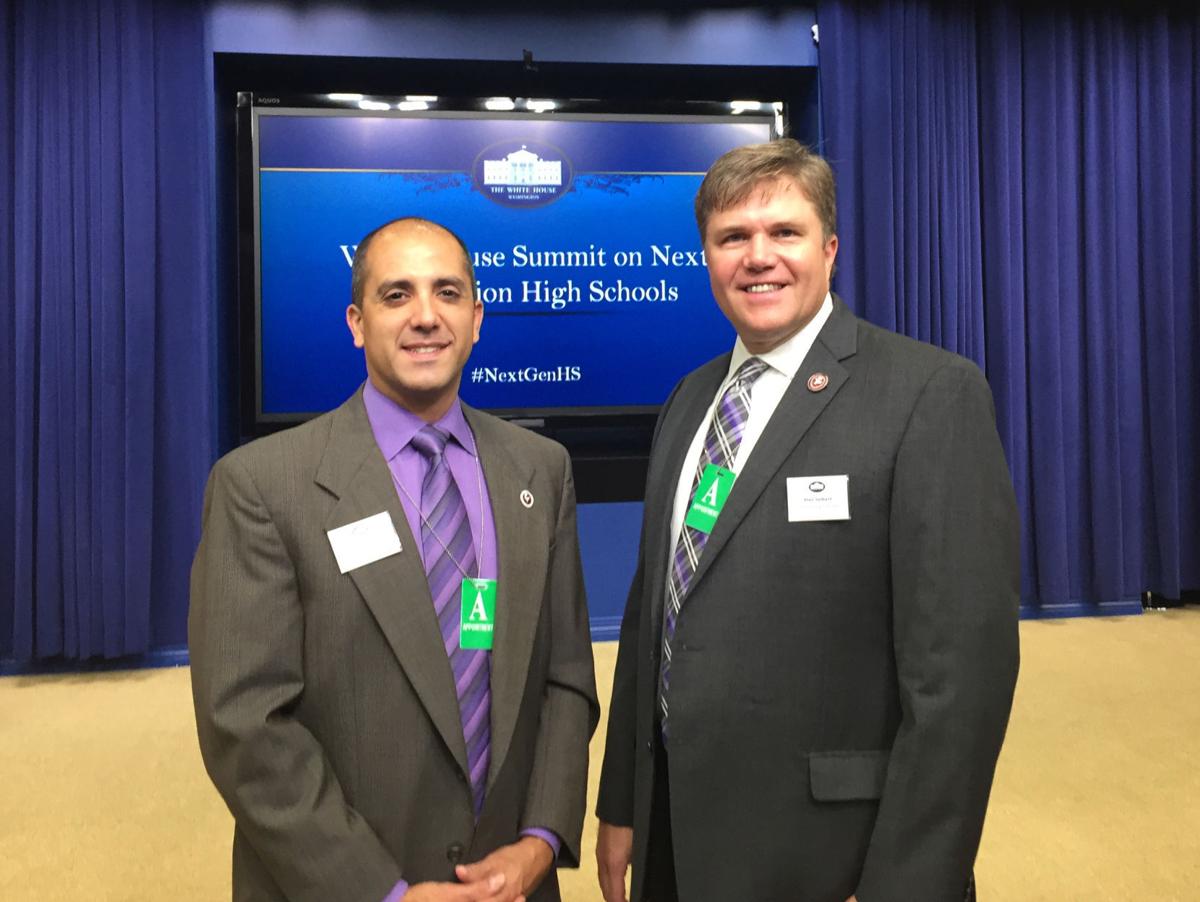 Salem High School Principal Scott Habeeb and Superintendent Alan Seibert were among a group of educators from about 20 school districts around the country who were invited to the White House Summit on Next Generation High Schools several year ago.

Nearing the end of a 30-year tenure with Salem City Schools, Superintendent Alan Seibert said there are other ways he can contribute to public education, beyond the city’s borders.

“I’m going to remain in this area, and will remain a champion of public education for as far as I can go,” Seibert said. “Statewide, regionwide. Whatever I can do, I want to help.”

Seibert, 53, Salem’s superintendent since 2006, announced his retirement to the city School Board during a closed session late Tuesday night. His last day as superintendent is Sept. 30, he said, allowing the reigns to be passed after school starts and as planning begins for the 2023 academic year.

“I just know that it’s time,” Seibert said during a phone call Wednesday. “I feel that I served the school division, and I’m thankful for the service and working with great people, but I think it’s time somebody takes it to yet another level.”

The native of rural Woodstown, New Jersey, was enrolled at Virginia Tech in 1990 when he first got involved with Salem City Schools as a student teacher. During college, he always planned to move back to his hometown in Salem County, New Jersey.

“That was my plan, until I student-taught at Salem High School,” Seibert said. “I was embraced by a community, a faculty, staff and city that supported me as a new teacher.”

And so Salem, Virginia, became home for Seibert, his wife and their three boys. He went from teaching science to being named an assistant principal in 1996, then became principal at South Salem Elementary in 2004 before taking the city’s top school job.

“I’m a recovering Yankee, but my children are Salem born and bred, and I’m thankful for that,” Seibert said, laughing. “There’s no perfect community, but Salem is truly a special one.”

He is most excited for the people who joined Salem City Schools during his tenure, and the work they do with servants’ hearts, Seibert said. But there are other aspects of the career to hang his hat on.

“We’re on a journey — that’s not done yet — to break the industrial model of public education,” Seibert said. “The idea is, we don’t teach classes of kids. We teach individual children in classrooms.”

That model of personalized learning has been an evolving goal for Salem schools since 2009, he said. Perhaps finding a silver lining, Seibert said the coronavirus in some ways accelerated and improved methods to provide students with individualized learning experiences.

“The things that our teachers created and invented. The tools they use, the techniques,” he said. “Those tools, combined with having kids back in their classrooms again… The core business of schools is teaching and learning, and in that sense I really believe we’re going to return to better.”

While his 15-year tenure as Salem superintendent nears an end, Seibert said he plans to continue his career as an advocate for education, and is assessing his options for how to best do so. Over the years, he developed an interest in the policy and lawmaking related to public education.

“I intend to continue to live here and be a champion for public education in the entire valley,” Seibert said. “I am looking forward to working fewer hours, starting to pay some time back to my family.”

He plans to enjoy more skiing, too, and will perhaps have added time to restore a beat-up old Jeep he has so far only tinkered with. But the work as an educator won’t stop — it might be his strongest passion.

“Public education is first and foremost a very human endeavor,” Seibert said. “It is about people serving others.”

The $5 million would cover the cost of putting together the design plans for the CHS project and submitting them to the town of Christiansburg for eventual approval.

Division leaders are looking for ways to help teachers, who continue to deal with the fallout from the pandemic.

Bedford County Public Schools is taking steps to support its teachers with more time to catch up on planning and grading, and other school divisions in the area could soon make similar moves.

Montgomery County School Board Q&A: The pandemic and beyond

Two of the three three races are contested.

About 200 people turned out on the steps in front of the entrance to Burruss Hall Tuesday evening to again take Virginia Tech to task over its handling of sexual assaults on campus.

Hollins University will begin offering tuition-free education to young women in the Roanoke region selected for a special program.

It's that time of year for the notorious BMSB.

Salem City Schools two newest administrators were hires from within the school system.

Alan Seibert, who has worked for Salem City Schools for 30 years, talks to elementary school students in 2009. He announced his retirement as superintendent this week.

Alan Seibert (center) is joined by school board members and central office staff on a snowy construction tour of the new South Salem Elementary School in 2013.

Salem High School Principal Scott Habeeb and Superintendent Alan Seibert were among a group of educators from about 20 school districts around the country who were invited to the White House Summit on Next Generation High Schools several year ago. 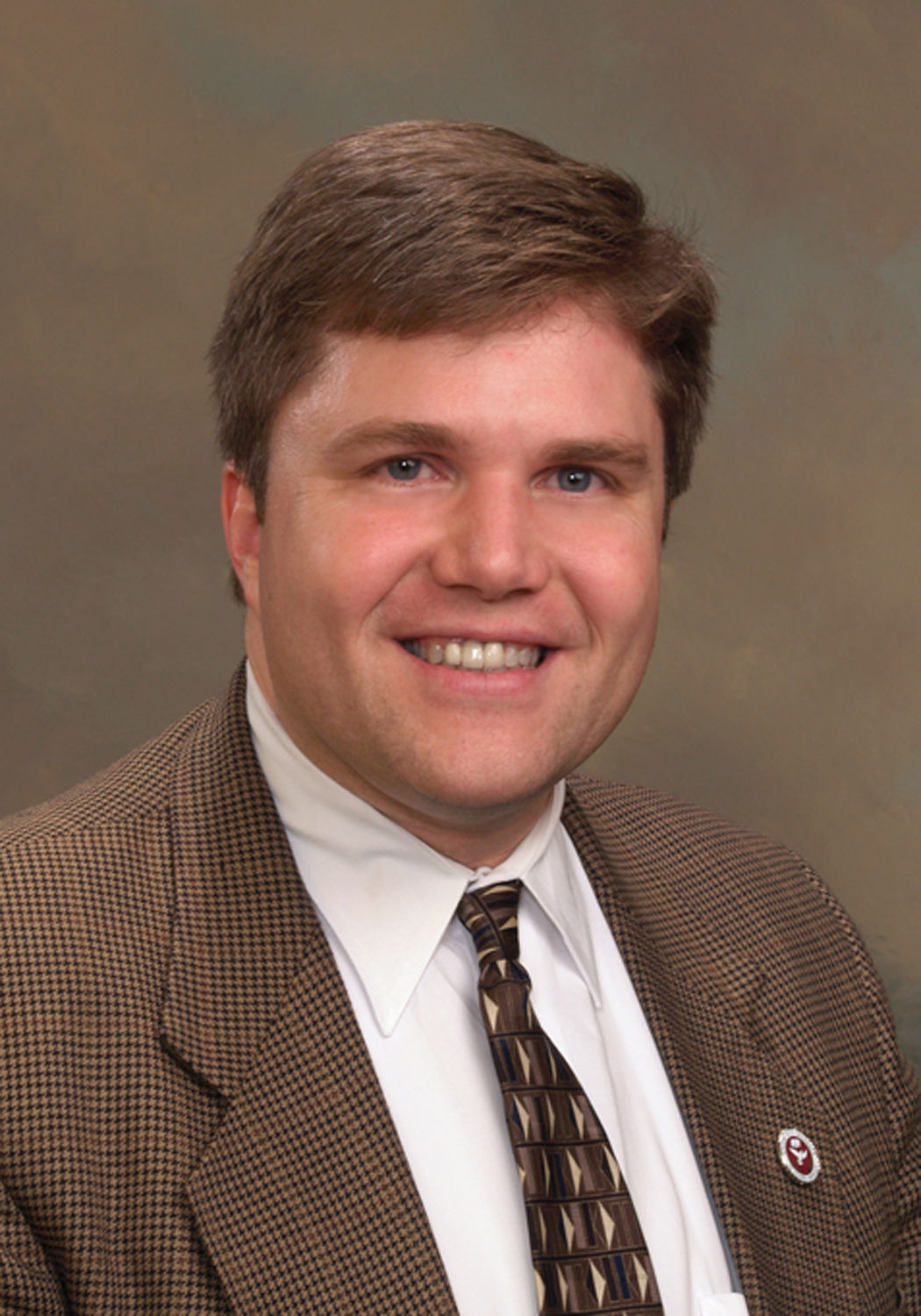