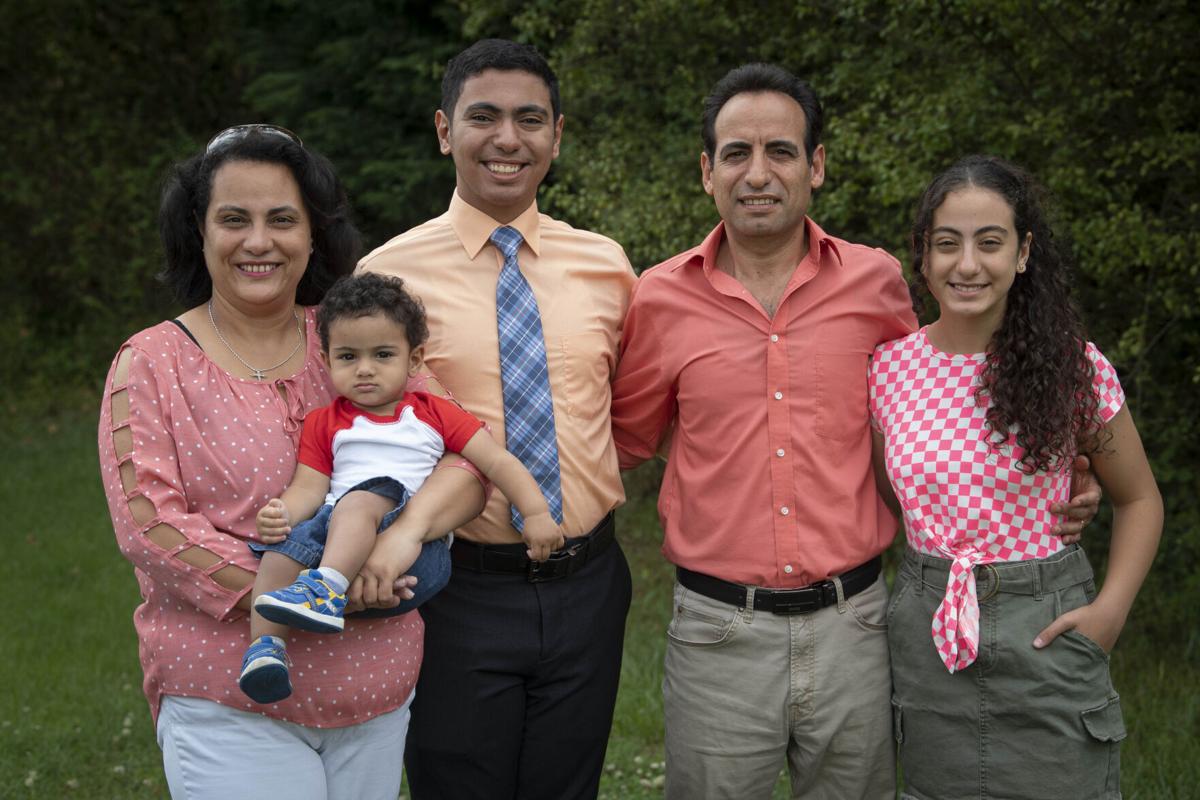 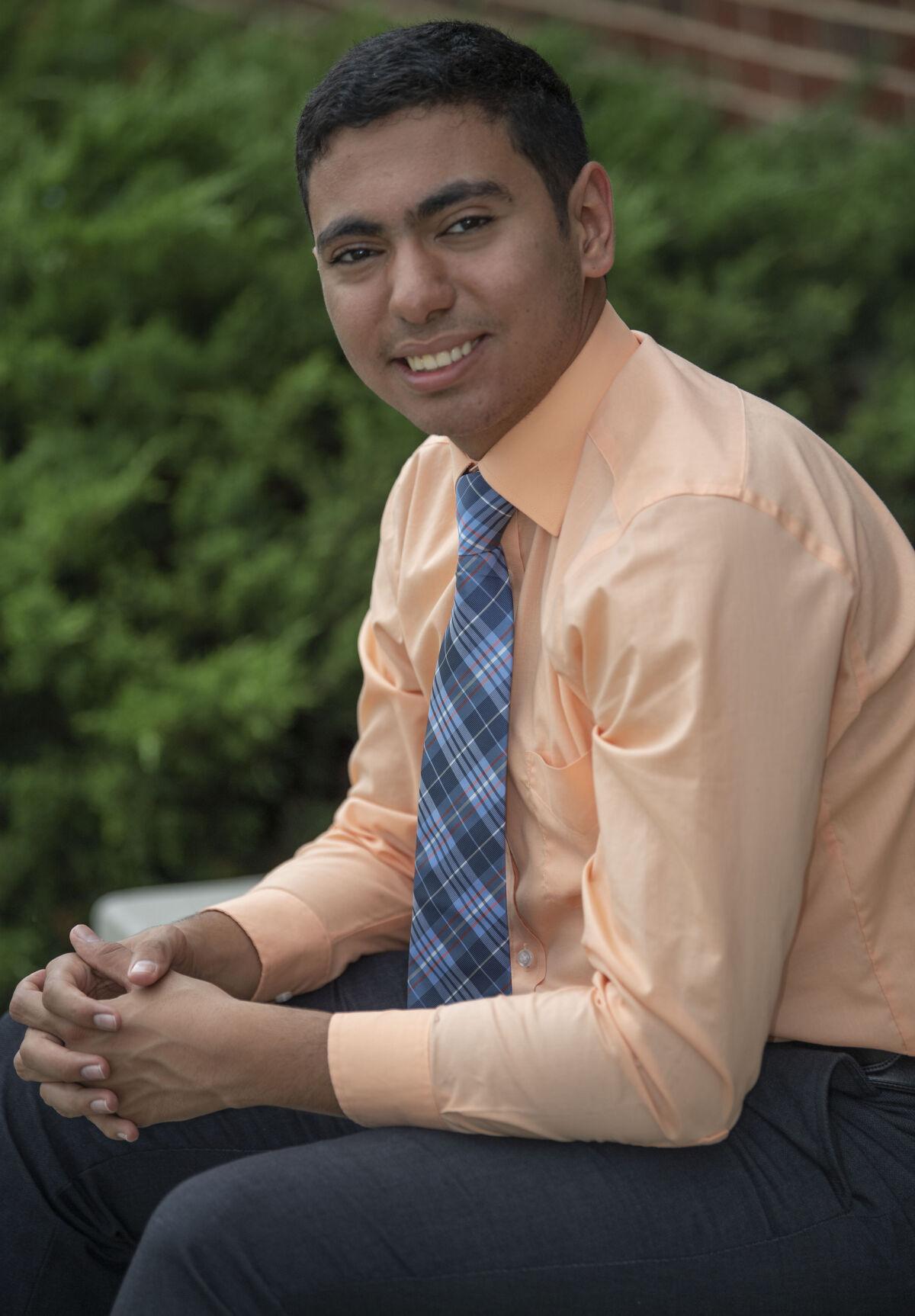 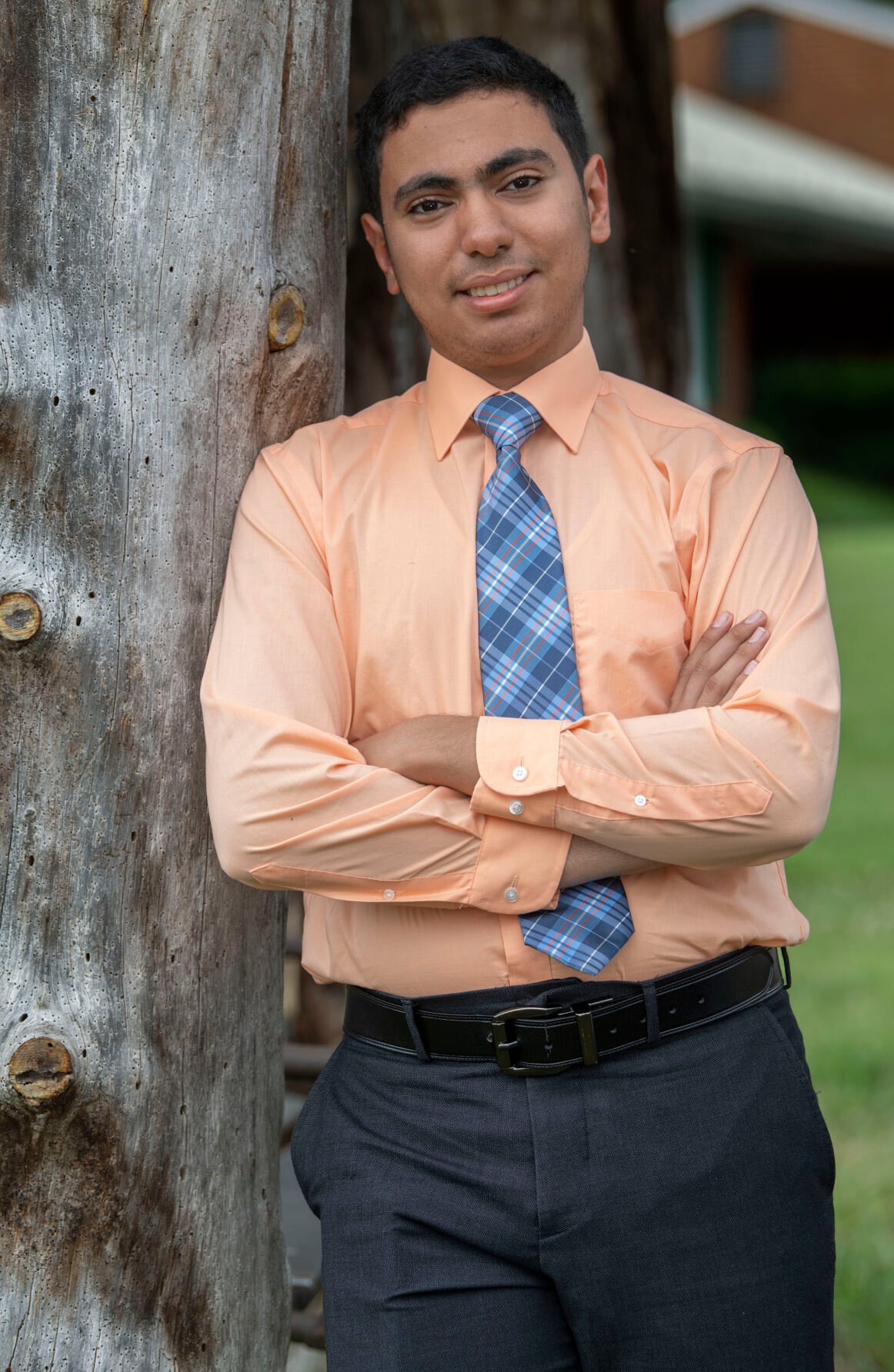 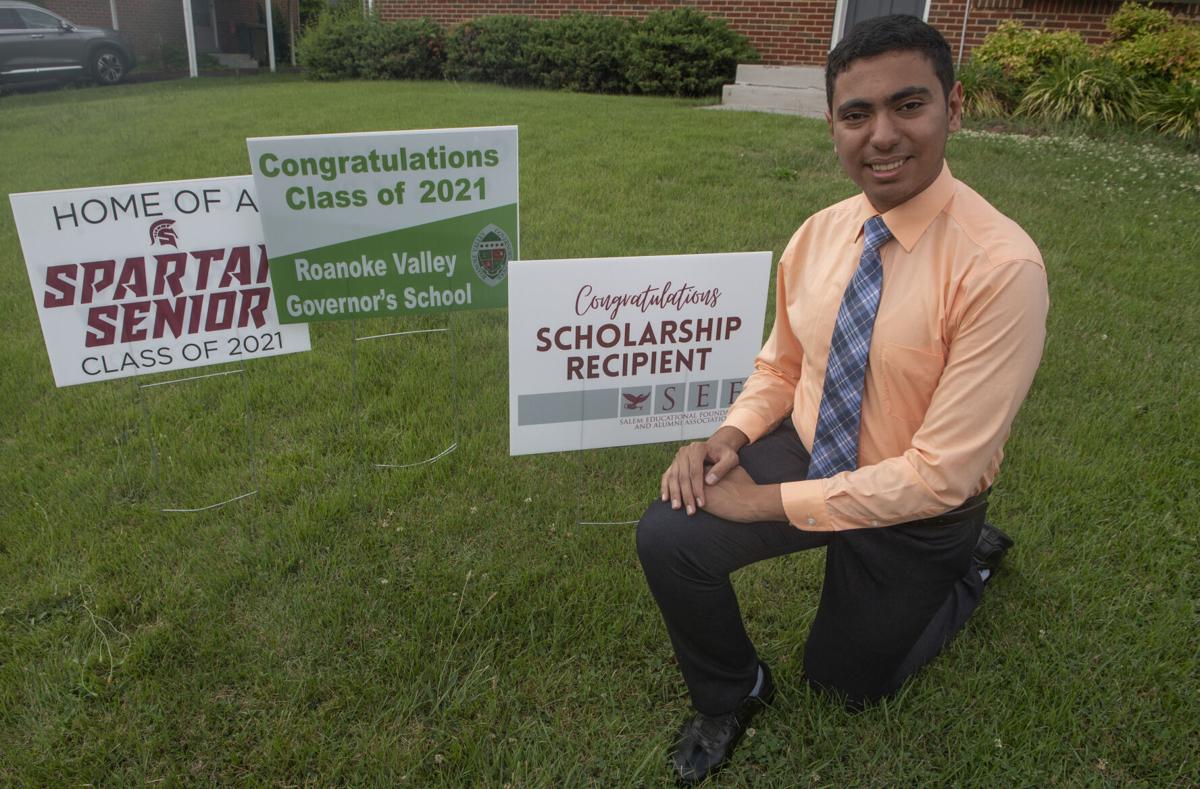 Salem High School’s class of 2021 marches the stage of the city civic center Friday, with 297 diplomas each awaiting the hands of deserving graduates.

When Fady Abdelmalak tosses his cap and poses for pictures with his family sometime after commencement at 2 p.m., it will signify four hard years of schoolwork, as well as four years adjusted to life in the United States as an immigrant from Egypt.

“I'm not necessarily the smartest person from my school, but I would argue I have good work ethic,” Abdelmalak said. “That's how I became who I am today.”

After a trying freshman year acclimating to America at Salem High, Abdelmalak asked a school counselor if programs existed for kids who wanted to work hard and learn to excel. He wound up applying for dual-enrollment at the Roanoke Valley Governor’s School, becoming one of three students accepted from his class.

“I'm a firm believer of working hard to achieve what you want,” Abdelmalak said. “I’m not just going to waste time saying I’m going to get it in the future.”

Hard work collaborating with a peer resulted this school year in a science project that won first place at the Western Virginia Science Fair. Abdelmalak said he and his partner created a pandemic-inspired prototype, The COVID Bot: an automated temperature-taker and door-unlocking machine that could be installed at school entrances, eliminating the need for staff to test for fevers in students arriving to campus each day.

“In Egypt, there was nothing called ‘you’re smart,’” Abdemalak said. “We never use the words ‘you’re smart,’ or ‘not smart.’ The distinguishing word was like, ‘you’re excellent,’ or ‘you’re great.’”

Intellect and aptitude for education are not things people are necessarily born with, but traits one must strive for, he said.

“That’s part of my culture,” Abdelmalak said. “Everybody in Egypt pushed their kids, and kids push themselves to achieve their potential, to see what they can do.”

And in pushing to provide the best potential for their offspring, Abdelmalak’s parents yielded their careers as doctors to accept green cards in the United States.

“That was like a big sacrifice for them to do, just for us,” Abdelmalak said. “When somebody gives up something because they want to help you out, it gives you even more incentive to work harder.”

Enas Iskander said her eldest son is not prone to early surrenders.

“He never gives up. Every time we tell him it is hard — maybe impossible — he says, ‘I will try,’” Iskander said, laughing. “Actually, I learned from Fady that: To try. Don't say, ‘it is hard.’”

Likewise unwilling to give up, Iskander said she and her husband have taken on other work in the medical field since leaving Egypt. She is preparing for a final year at Radford University, where she studies respiratory therapy.

Abdelmalak said he will follow his parents’ — and a few other distant family members’ — footsteps into medicine. But for his undergraduate studies, he is majoring in physics at Virginia Tech, starting this fall.

“I started realizing, I really like this stuff,” Abdelmalak said of his chosen major. “I just like moving stuff, and I saw this as a combination of math and science.”

After he gets that physics degree, it’ll probably be medical school for Abdelmalak, he said. Right now he said he is considering how to combine physics and blood circulation for imaging applications, and such.

“That’s what I’m thinking currently,” Abdelmalak said. “It might change.”

Regardless of where he puts his determinations, Abdelmalak said his passion for math, science and learning will remain. As proof of that passion, he said he works as an instructor at the Mathnasium in Cave Spring, tutoring students from second grade through high school.

“That’s how much I actually love this,” Abdelmalak said. “It’s very important in our lives to practice these skills. It just makes me happy.”

He acknowledged a long way to go, appreciating the distance travelled and hurdles so far overcome.

"Who would have imagined somebody coming from Egypt, with limited knowledge of the language, the school system, the culture, the tradition — of everything,” Abdelmalak said, pausing for a laugh. “Coming through the hardest years of schooling… and doing what I did."

Graduating high school does not as much signify an end for him as it does new beginnings.

“I’m more ready to start, not end,” Abdelmalak said. “This is not going to be my last graduation. It’s probably going to be one of the three.”

“To reach a level of confidence that we will be able to experience a fully in-person fall without masks and distancing, we need to ensure that nearly everyone is vaccinated,” Tech President Tim Sands said Tuesday.

Legalized July 1, marijuana use will still be forbidden on college campuses

Virginia Tech recently made a change to its student conduct policy.

From refugee camp to Roanoke: Kee Lah Soe to graduate, smiling and singing

“You can just tell how much passion she has,” said one of Kee Lah Soe's teachers.

After gun violence a day before outside the rehearsal, William Fleming High School's graduation proceeded peacefully on Thursday.

The planned legislation comes after an investigation report was released.

Abby Anderson, 17, also served as a student member of the Franklin County School Board this past year. "I’ve been able to witness history being made," she said.

The school board and superintendent said they wanted to wait and make sure they could afford to provide the extra money in appreciation of what employees have gone through during the COVID-19 pandemic.