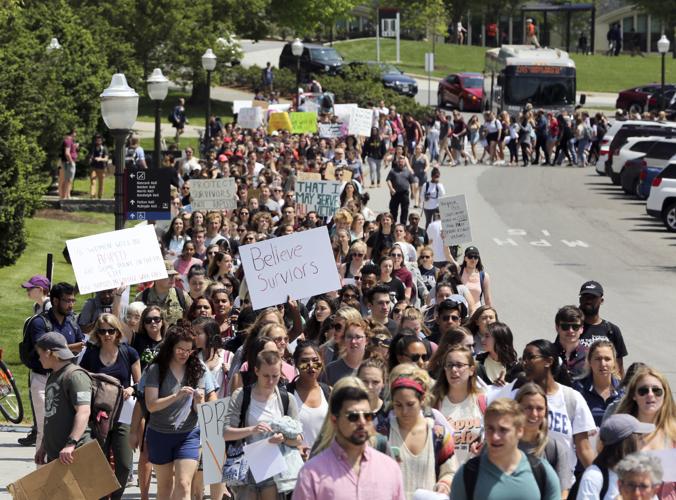 A crowd of over 500 people participated in a student walkout for sexual assault awareness in 2019 at Virginia Tech. The issue has become more serious with an increase in recent reports. 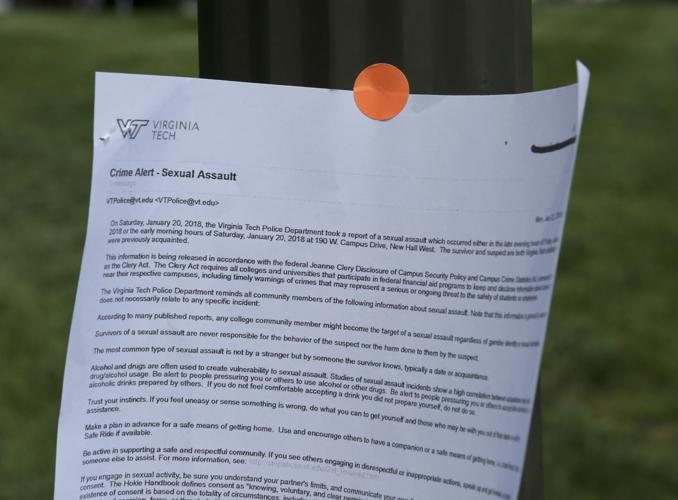 Marchers who participated in a 2019 walkout to raise awareness of sexual assault posted printed out emails of a crime alert from Virginia Tech Police. 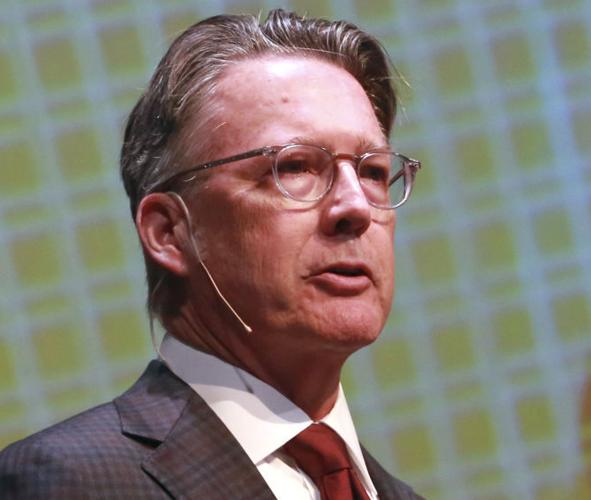 Sexual violence and misconduct “strike at the heart of the learning community we aspire to be and defy the core values that guide our strategic vision,” Sands’ statement said.

Virginia Tech police received reports of four rapes and six fondling incidents in October, according to data that tracks reported incidents that took place on campus or at off-campus locations frequented by students for educational reasons. Tech defines fondling as “touching of the private body parts of another person for the purpose of sexual gratification, without the consent of the victim.”

There were seven reported rapes and six reported fondlings during the entire 2020-21 academic year, according to Tech’s annual campus security report.

“Those statistics are unacceptable, that behavior is unacceptable and the fact that it is occurring is unacceptable,” university spokesman Mark Owczarski said. “We take full responsibility for creating a climate and a culture and a community that is free of that.”

Owczarski said some victims of sexual assault do not make official reports, meaning the data does not capture the full extent of the problem, which “strengthens our resolve.”

The university chose “a diverse assembly of stakeholders from numerous departments within the university” to comprise the work group, the release said. They include two undergraduate students, Paolo Fermin, who sits on the school’s Board of Visitors, and Caroline Lohr, the university’s Student Senate president.

Chair of the group will be Katie Polidoro, the university’s Title IX coordinator, whose job it is to be the advocate for those who have been victimized by gender-based discrimination, harassment and violence, Owczarski said.

These are people “who can get things accomplished. These are the people who can change the university,” Owczarski said. Asked about the involvement of only two students, he said “everyone on that work group brings the voices of the students they work with to the table as well.”

In his statement, Sands acknowledged the contribution of “students who have voiced concern, including those who participated in a United Feminist Movement demonstration held in front of Burruss Hall on Sept 28.”

The United Feminist Movement, a campus group, rallied in late September for what it called a comprehensive university response to sexual violence, adding in a statement, “we have been waiting for years.”

A UFM group leader could not be reached Thursday. Larissa Schneider, a member who spoke at the September event, said Thursday that the UFM learned about the work group’s creation Wednesday when the university published an online report.

The Sept. 28 statement continued: “We are tired of the university assembling committees, conducting surveys and compiling reports without adequately responding to the alarming statistics and patterns found. We are tired of the way our heart drops when we check our email, only to find another Clery Act email describing an act of violence in the place we consider home. We are tired of being victim-blamed by being told to avoid crowds, to carefully plan how to get home safely and to not make ourselves vulnerable by drinking.”

The Clery Act requires federally funded schools such as Tech to issue prompt warnings about crime on and near the campus.

“There has already been a string of sexual assaults occurring at university sponsored events,” the statement continued. “We cannot enjoy concerts, football games, or social gatherings without the looming threat of sexual assault. When will the responsibility for sexual assault lie on perpetrators and [the] administration instead of individual community members? When will we stop tolerating sexual comments, rape jokes, cat-calling and hate speech that perpetuate harm? If we want this year to be our ‘Best Year,’ how can we do it without addressing violence on our campus?”

Looking ahead to the future of super fast travel

A crowd of over 500 people participated in a student walkout for sexual assault awareness in 2019 at Virginia Tech. The issue has become more serious with an increase in recent reports.

Marchers who participated in a 2019 walkout to raise awareness of sexual assault posted printed out emails of a crime alert from Virginia Tech Police.