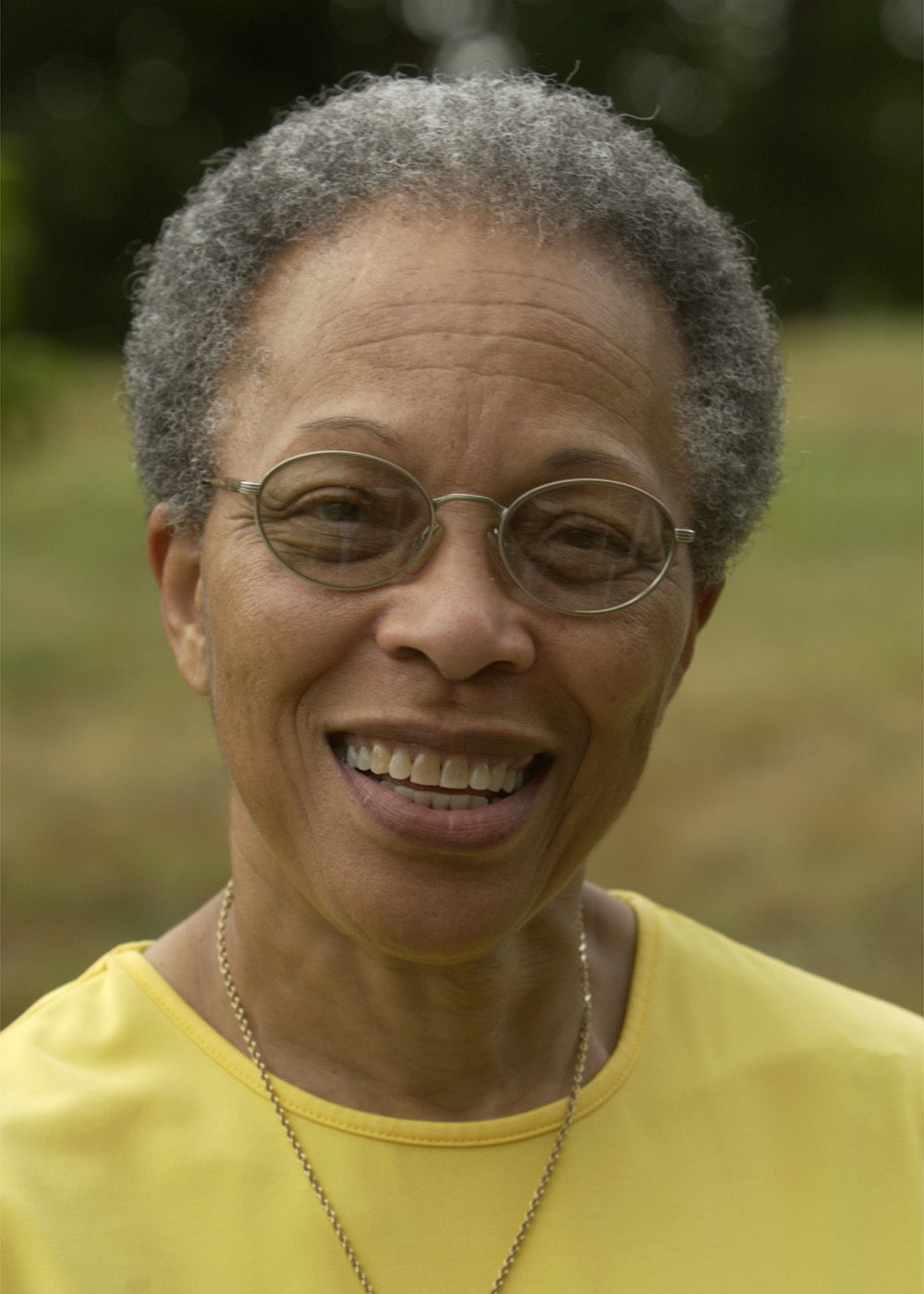 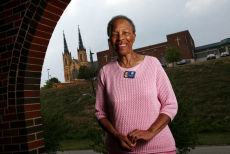 Evelyn Bethel on the front porch area of her home in the Gainsboro neighborhood in 2008. 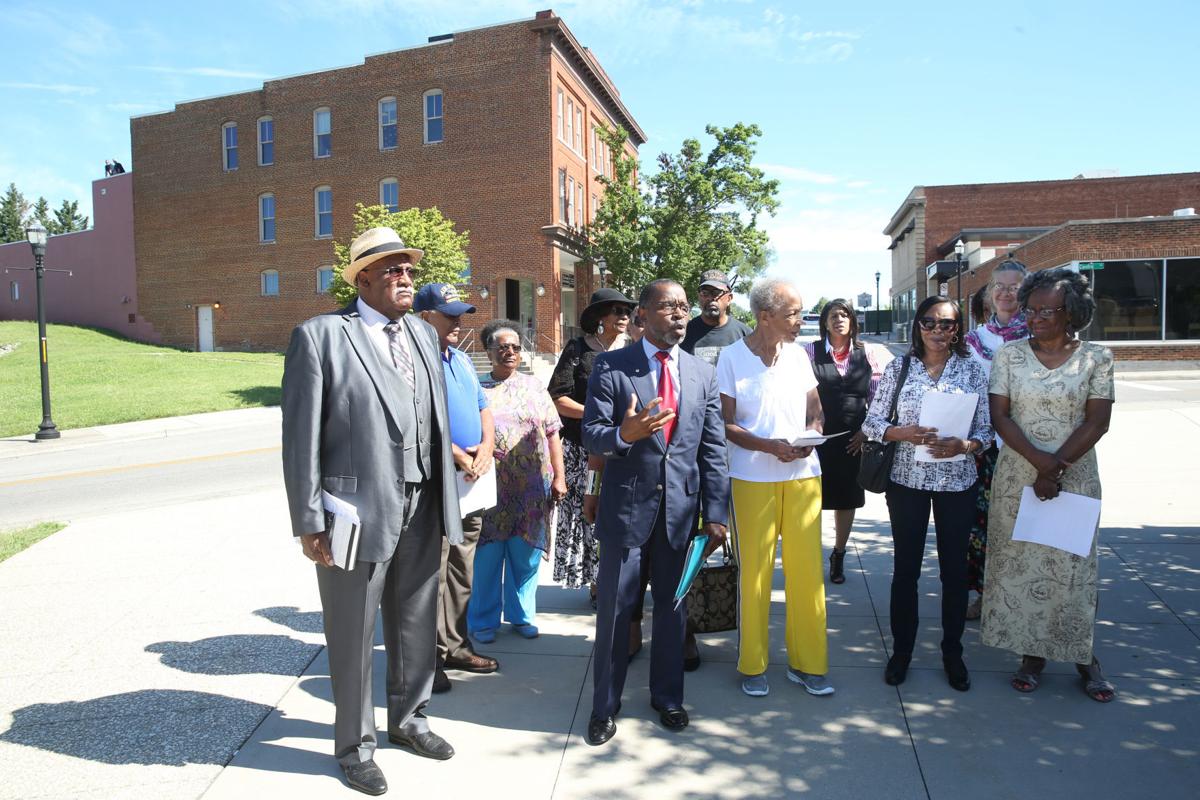 Evelyn Bethel (center, in white shirt) was part of a 2017 news conference that announced a fundraising campaign to buy the Dumas Center. Bethel was part of the Dumas Hotel Legacy group steering committee.

Evelyn Bethel on the front porch area of her home in the Gainsboro neighborhood in 2008.

Evelyn Bethel (center, in white shirt) was part of a 2017 news conference that announced a fundraising campaign to buy the Dumas Center. Bethel was part of the Dumas Hotel Legacy group steering committee.

The gatekeeper of Gainsboro is gone.

For the past three decades, Evelyn Bethel made it her mission to preserve what urban renewal had not already destroyed in the neighborhood where she grew up and later spent her final years.

After her death Tuesday at the age of 87, Bethel was remembered as a relentless advocate for a once-thriving, predominantly Black community just across the railroad tracks from downtown Roanoke.

She and her older sister, Helen Davis — who died last August — attended every city council meeting for years. From their back-row seats, they watched for anything that came close to what happened in the 1950s and 1960s, when their neighborhood was bulldozed to make way for big-city projects like a civic center, an interstate highway and new businesses.

“If those two sisters didn’t do what they did, what you see now in Gainsboro would not be there,” said Jordan Bell, a community activist and historian who is making a documentary of the neighborhood’s history.

“It would probably just be an extension of downtown,” he said. “It wouldn’t be historic, and the Dr. Martin Luther King Jr. statue might not even be there.”

Bell called Bethel a gatekeeper because she always stood for what the residents — not government leaders or the public at large — thought was best for Gainsboro.

“She wanted to make sure that the people of Gainsboro were in charge of what happened to Gainsboro,” he said.

After growing up with a family of nine in single-story frame house on Patton Avenue, Bethel moved away when she couldn’t get a job because of discrimination, she once told The Roanoke Times.

She wound up in Washington, D.C., where she worked for the Social Security Administration during the years when urban renewal was invading Gainsboro and a nearby section of northeast Roanoke. After retiring in 1990, she returned home to the same street and formed the Historic Gainsboro Preservation District.

It wasn’t long before she was speaking out about plans by city and state officials to widen part of Wells Avenue and take down homes to renovate the Hotel Roanoke and build an adjacent conference center.

After fierce objections from Bethel, Davis and their supporters, the city decided to preserve nearby Gilmer Avenue and moved two century-old houses to vacant lots there.

“We’ll never know exactly how much of Gainsboro she saved, but we can assume it was much of what’s left,” said Mary Bishop, a retired Roanoke Times reporter who wrote a special report in 1995 called “Street by Street, Block by Block: How Urban Renewal Uprooted Black Roanoke.”

“She not only saved historic buildings, she inspired generations of neighborhood leaders across Roanoke and beyond,” Bishop said.

Jacqueline Williams, secretary of the preservation district, said some people would have been forced to leave their homes had it not been for Bethel.

“She was diligent when she came back from Washington to make sure our neighborhood was treated fairly,” Williams said.

Over the years, Bethel opposed plans — later scrapped — to put a new Social Security Administration building in Gainsboro. And she called for greater community input for projects such as a Virginia Western Community College culinary school and the fate of the former Dumas Hotel building.

Bethel and Davis stood out at city council meetings, and not just because of the matching pantsuits they often wore.

Never at a loss for words, Bethel warned council members in 1995 of the “insidious nature of passive racism” that still infiltrated Roanoke. And she could be seen at protests where signs implored “Stop the rape of Gainsboro.”

Standing about 5 feet, 7 inches tall and weighing no more than 130 pounds, Bethel was a “giant” when it came to spirit and attitude, Bell said.

“No one would mess with Evelyn Bethel,” he said. “No one. It wasn’t like she was disrespectful. They knew that if Evelyn Bethel said it, it was honest, legitimate and had merit behind it.”

Nelson Harris, who served as mayor during part of Bethel’s tenure, said she was always sincere and well-informed. “She shot straight, and you knew exactly where she stood,” he said. “She had always done her homework.”

In an oral history interview conducted by Roanoke Public Libraries in 2007, Bethel and Davis spoke about their old homeplace, what had changed, and what still needed to be done in the city they loved.

“Roanoke has changed from where I sit, and it has not been for the better because they have built roads indiscriminately and roads destroy a community, just like here in Gainsboro,” Bethel said.

Frustration still exists, she said, with a government that won’t listen when the voices are coming from a certain part of town.

“The difference is, in the white community, most of them have money and they get things done,” she said.”But over here, we have little money, but it should not depend upon your wealth.

“A city is for all people.”