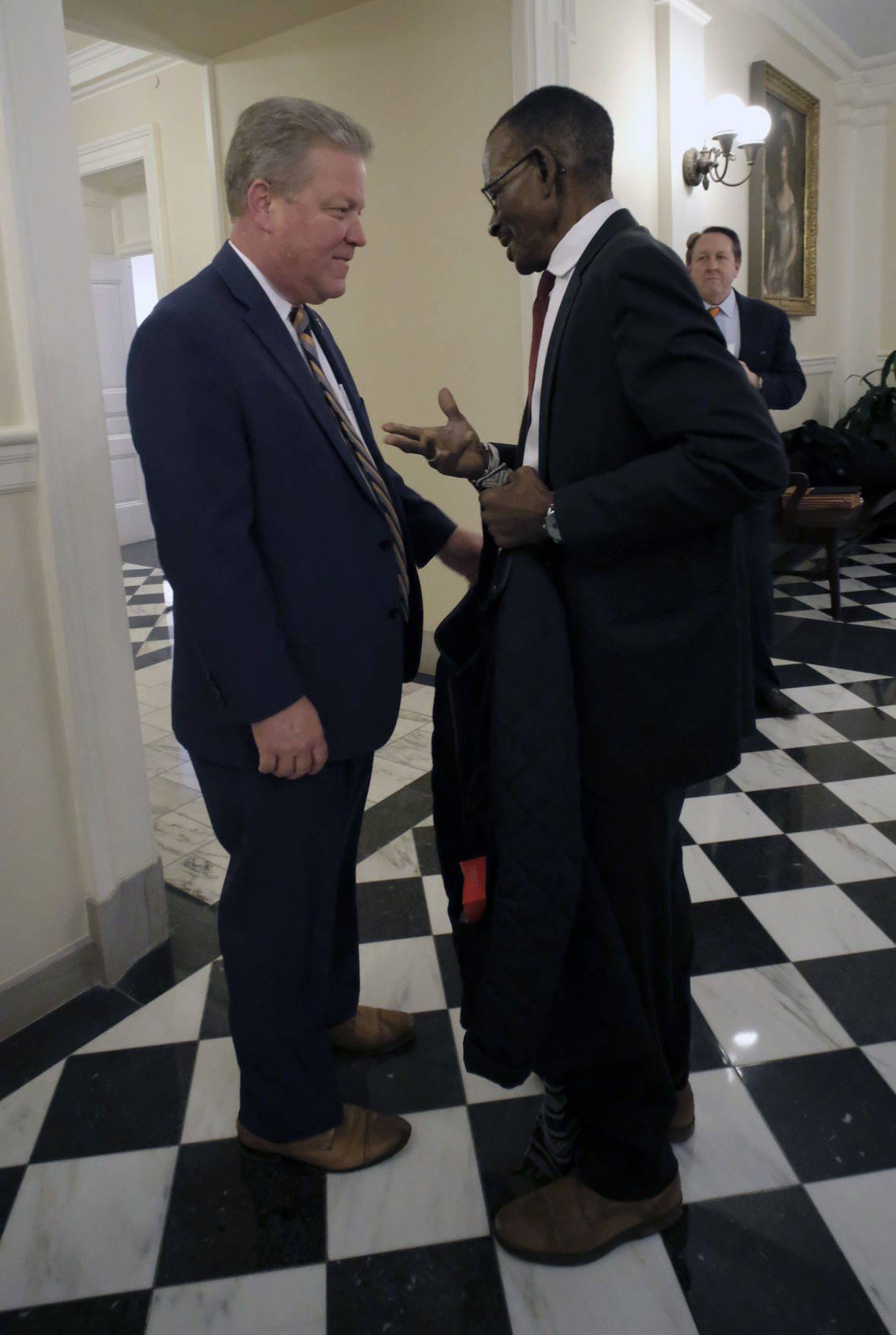 Sen. Bill Stanley, R-Franklin, left, talks with Judge Onzlee Ware of the Roanoke Juvenile and Domestic Relations Court, outside a meeting room inside the Virginia State Capitol in Richmond on March 4. 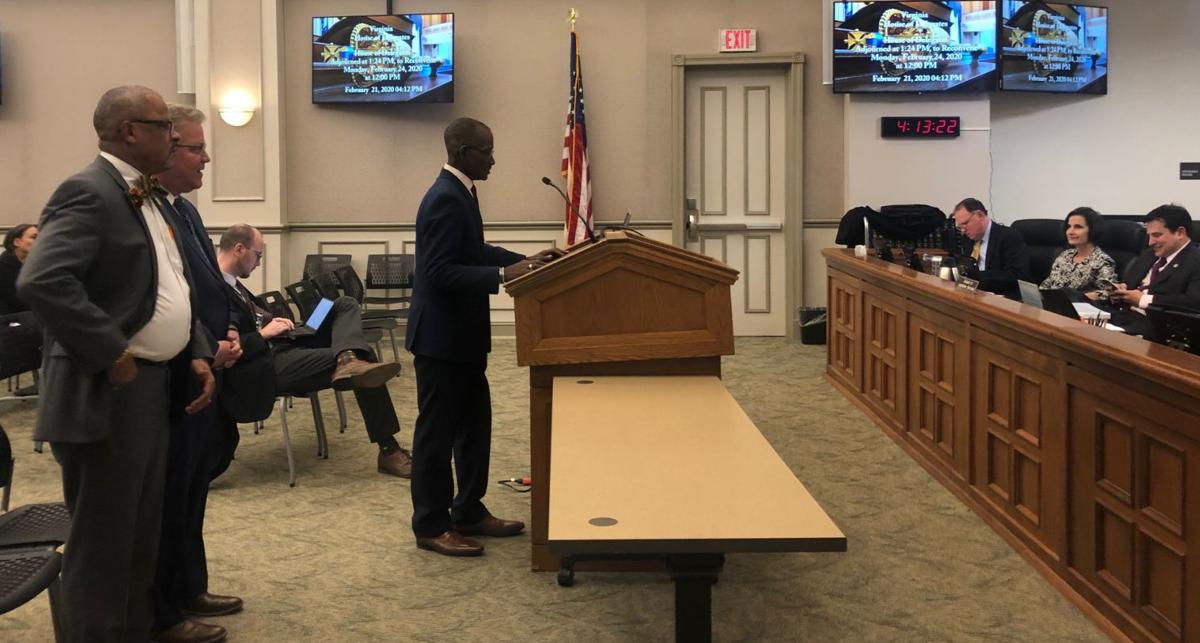 The election Thursday brought to an end a bitter contest that played out publicly among Roanoke Valley lawmakers and others in the legislature who favored different candidates.

Ware, 66, who represented Roanoke in the House of Delegates from 2004 to 2014, will fill the seat left vacant by Judge William Broadhurst, who retired effective March 1. Ware will serve an eight-year term beginning April 1.

The new position caps an ascendant life and career for Ware. While in college in Greensboro, North Carolina, he was charged with drug possession, but he became a police informant and the charges were dismissed. When his identity became known in a court proceeding a year later, he was shot, which resulted in him losing his left leg.

Ware moved to Roanoke in the mid-1980s to work for the Boy Scouts of America before starting a law practice.

He was elected to the House of Delegates in 2003, becoming the first black delegate to represent a district west of Lynchburg. He championed causes important to the Legislative Black Caucus and played a key role in a transportation funding package that included extending passenger rail service to Roanoke.

Sen. John Edwards, D-Roanoke, tried to have Roanoke Juvenile and Domestic Relations Judge Frank Rogers elevated to the circuit court, but nearly all of the Republicans and a few Democrats staged an unusual protest by refusing to vote for Rogers and walking off the floor.

Del. Sam Rasoul, D-Roanoke, and the Black Caucus, of which Rasoul is a member, backed Ware.

Roanoke Valley Republicans favored the promotion of Roanoke Juvenile and Domestic Relations Judge Leisa Kube Ciaffone, but she did not receive an invitation from the committee that conducts judicial interviews despite having the highest marks of the three contenders in 2019 judicial performance evaluation reports.

Roanoke judgeship remains in dispute, from a key legislator's disavowed promise to a Senate walkout

Sen. Bill Stanley, R-Franklin, left, talks with Judge Onzlee Ware of the Roanoke Juvenile and Domestic Relations Court, outside a meeting room inside the Virginia State Capitol in Richmond on March 4. 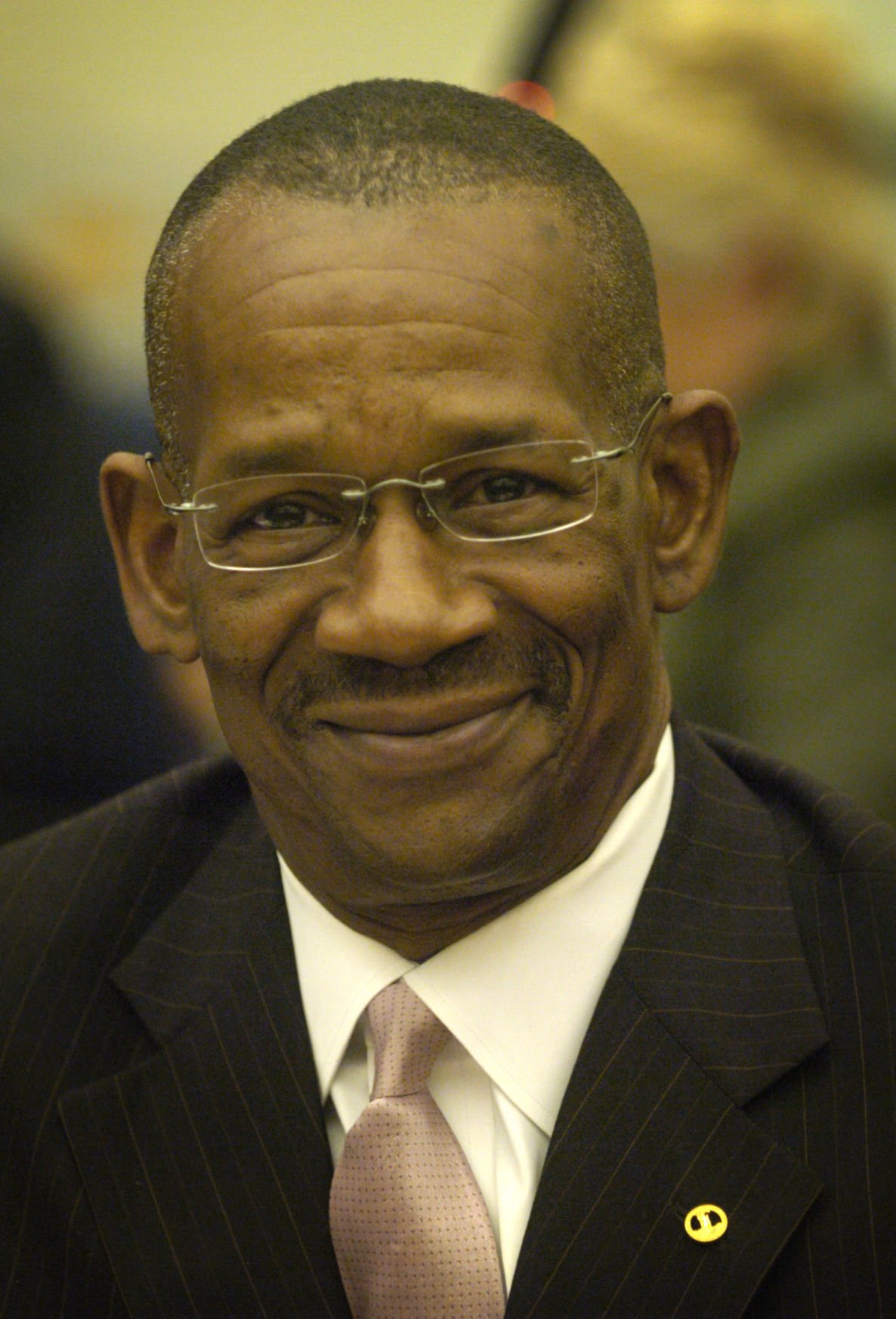